posted 1 year ago
The Wild cats are getting out of hand!
Something MUST be done!
Good thing I had cat traps on hand!

posted 1 year ago
apparently It works with all types and sizes too.....lol 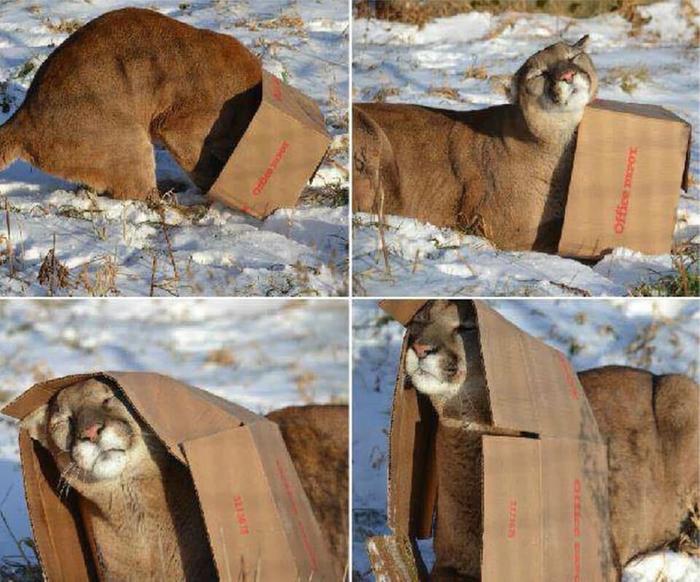 posted 1 year ago
I was afraid to look at this thread!  Whew, thank goodness it is live trapping.

Terry Waller
Posts: 36
4
posted 1 year ago
It's kind of funny but you're giving some of us heart attacks out here. I've already had a really bad day dealing with people and my cats are my favorite "people" and I was already coming at ya both Barrels until I saw the picture. Thanks... I think
Resized_20190406_181126_6442.jpeg 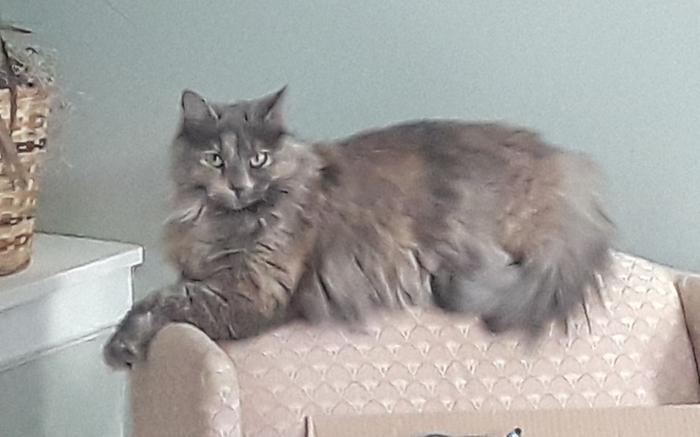 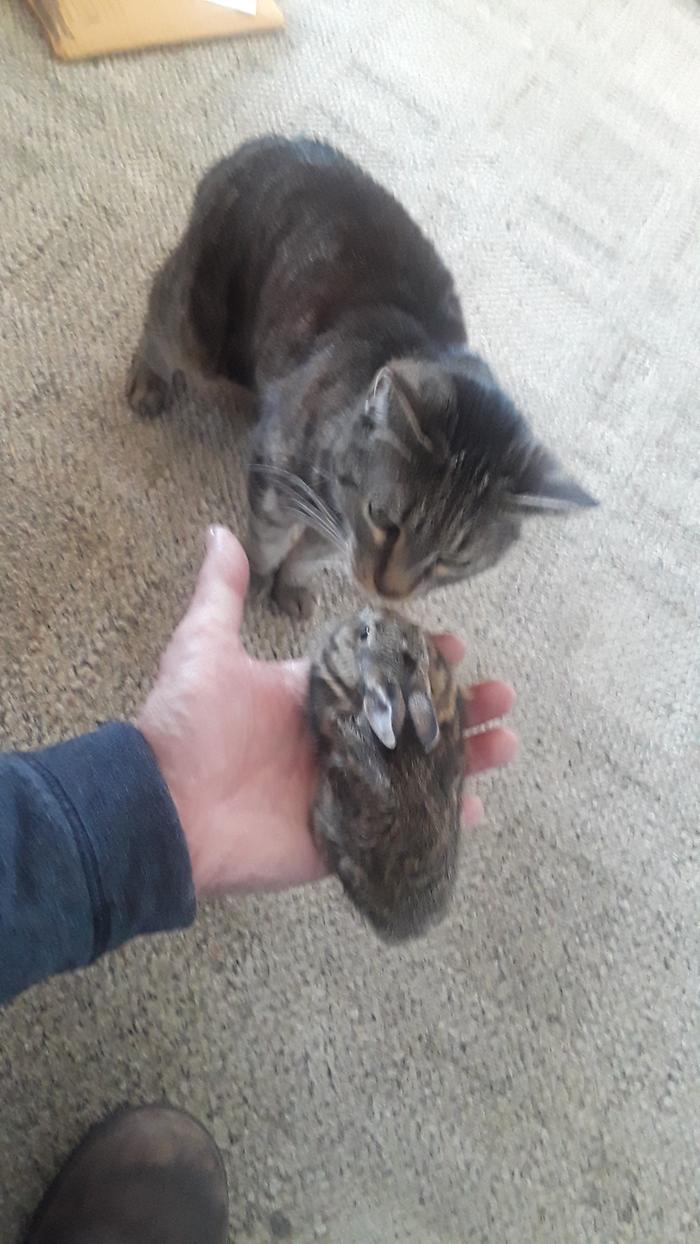 posted 1 year ago
I agree Terry! I've had neighbors that have "trapped and dispatched" cats in my neighborhood in way I do not agree with, but the "cardboard box traps" did make me smile. Attached is a pic of my little monster (Gabby Mayhem) even with all her issues, she is still one of my favorite "people" too!
SGK_1174.jpg 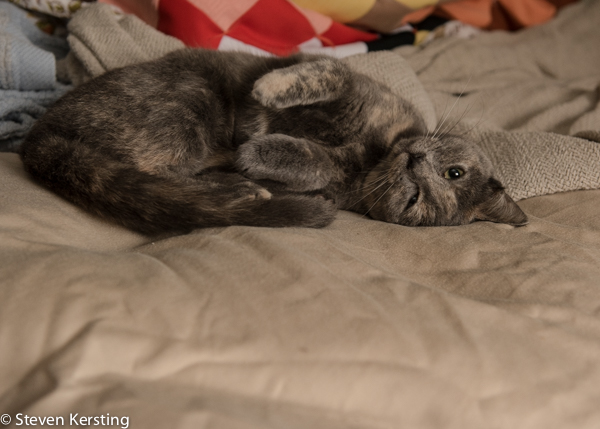 Terry Waller
Posts: 36
4
posted 1 year ago
By the way that's Peepa D.Peeps and Sexy Sadie Farrell. Otherwise known as peeps or peepers and Sadie ( with the bunny, my fourteen-year-old! ) and any variation of either name as well as whatever else might pop into my head at the time.
Dale Hodgins
Posts: 9002
Location: Victoria British Columbia-Canada
670
posted 1 year ago
Lloyd is the fairest of them all. He's my friends cat and he was an unnamed kitten, so I just continually called him Lloyd and it stuck. 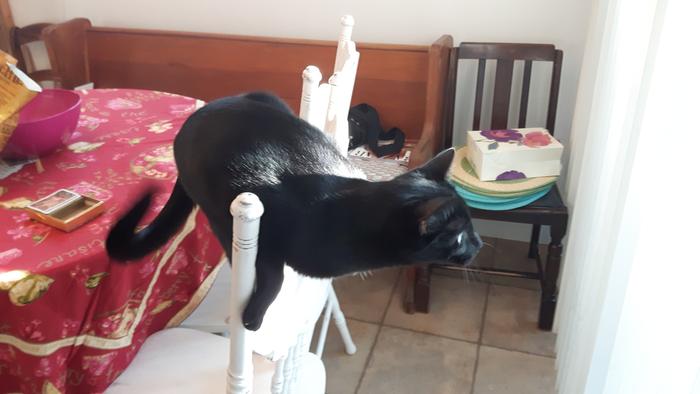 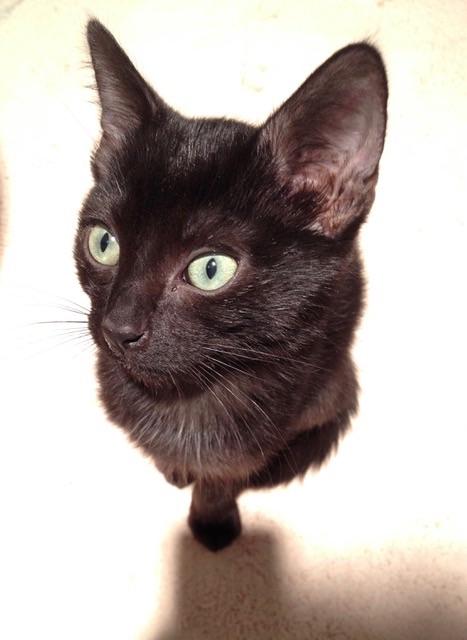 Dale Hodgins wrote:Lloyd is the fairest of them all. He's my friends cat and he was an unnamed kitten, so I just continually called him Lloyd and it stuck.

In the last photo he was in the middle of a jump and had his legs tucked up to where they can't be seen. You don't get many shots like that.

That is the rare and wonderful Unicat.

posted 1 year ago
See, I was fearing lots of pictures about the tiny critters mangled, crippled, killed, and decapitated. I was going to post some pics of the blood smears left on the sidewalk in front of our house.

No bodies, though. At least they're eating what they kill, I guess.

Some of our friends in the country regularly adopt cats that idiots from the city dump out there adjacent to their property, ostensibly because, I guess, they figure it's not a death sentence, either in the sense of domestic animals suddenly shelterless and surrounded by wild predators, or in the sense that winters still regularly descend to -40 C with wind chill. They are kept as barn cats, and help with rodent pest issues, especially when the neighbouring corn and soy fields till and the resident populations go running. And they regularly die as a result of predation.

For these reasons, and for the tiny animal holocaust, I don't think I will be keeping cats, except if I have pest issues that only a cat can solve. In addition, I would try to keep barn cats to the barn, wherever possible, for their protection, and to keep their prey drives working for me.

And I still miss my cats, gone years, now, Ash, a Russian Blue/Grey tabby cross, at four years in that melamine-tainted food fiasco, and Pixel, a brown tabby that found us as a kitten, our first cat, at the age of 14, frail and battleworn.

posted 1 year ago
A lot of SPCA branches around here and out east are fixing feral cats and giving them away as barn cats.  I think it's great that they recognise where the cats have a good chance to be re-homed.

Most farmers I know have had kittens dropped off on the farm at one time or another.  The people that do that, beyond being assholes, have no idea what the life of a barn/feral cat is like and how short a life expectancy those deposited cats will have.

A few years ago I had a couple of neighbours who had cats that just kept having kittens.  They'd sell the ones they could and the rest just went feral all over the neighbourhood.  Nice people, otherwise, but they always seemed to fight under my window at 3am.  I trapped one of the toms and took it into the SPCA.  The receptionist wanted all my personal info, which I didn't want to give as I didn't want a visit to my downtown property where I (illegally) had quail, chickens and rabbits.  She kept at me saying that they needed to know where I got the cat in case the owners came to claim it and I said that it's a feral cat, it has no owner.  We went around and around and then she said "Well, how do we know you just don't want to keep that cat anymore and are trying to avoid the fee for dropping him off?"  I told her that I always took care of my animals and, anyway, it's a feral cat, not a pet.  She told me that there was no way to determine if the cat was feral.  Just after she said that, one of vet techs that worked there came out to the front, took one look at the cat and said "Now THAT'S a feral cat!".  I looked at the receptionist but didn't say a word.