posted 2 years ago
I wanted to put my 12 gauge above my door, and after looking online to see what sort of styles are being made and how others are approaching this, I made some simple brackets. I had some 1x6 cherry laying around and thought it was as good a candidate as any other material for the job. I first took a few measurements of my gun, then I sketched out a stencil on paper so I could see the size and how it might fit above the door. I cut out the stencil and traced the pattern onto the cherry and cut it out with a jigsaw. I cleaned up the cut ends with a belt sander and then used some trim screws to secure the hook part of the bracket to the backer from behind. I checked for fit, and it fit the firearm well, and dry-fitted everything above the door to locate placement of the brackets. A few more trim screws to secure the brackets to the wall, and presto! Job complete. I wanted to share this to offer one idea and approach to folks on Permies who have been wanting to place a long gun above a door. These brackets are simple, easy to make (about 90 minutes all said and done) and work.
IMG_20190511_124008126_HDR.jpg 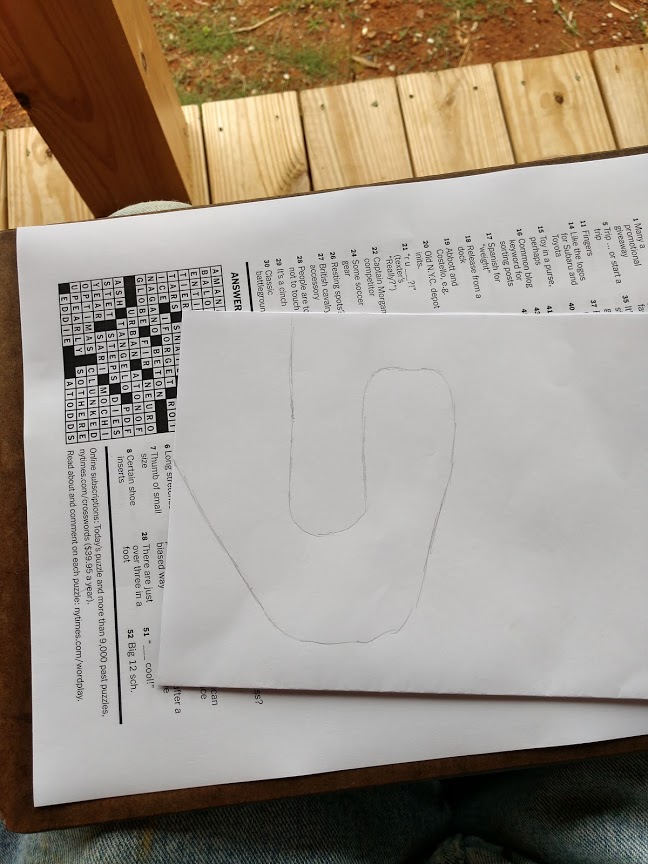 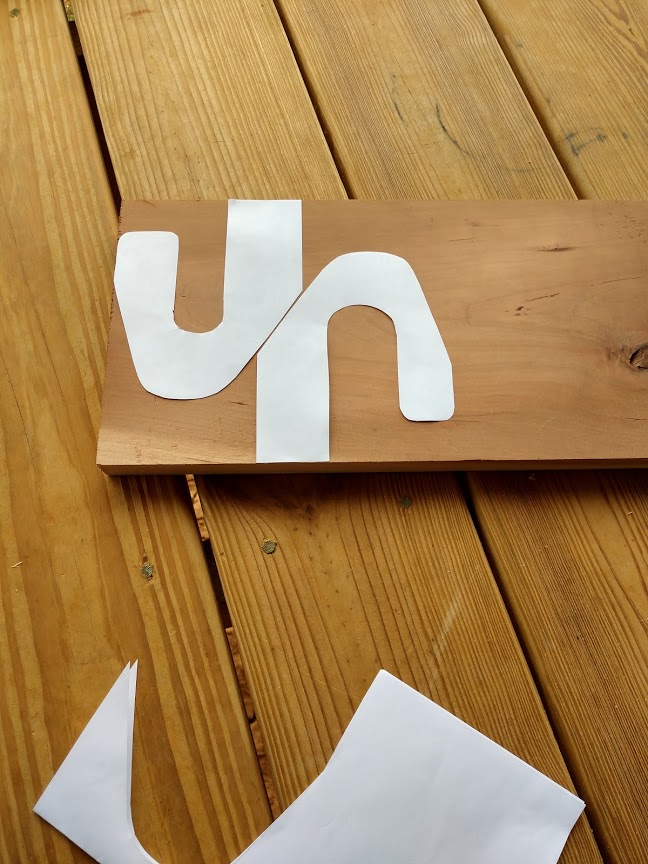 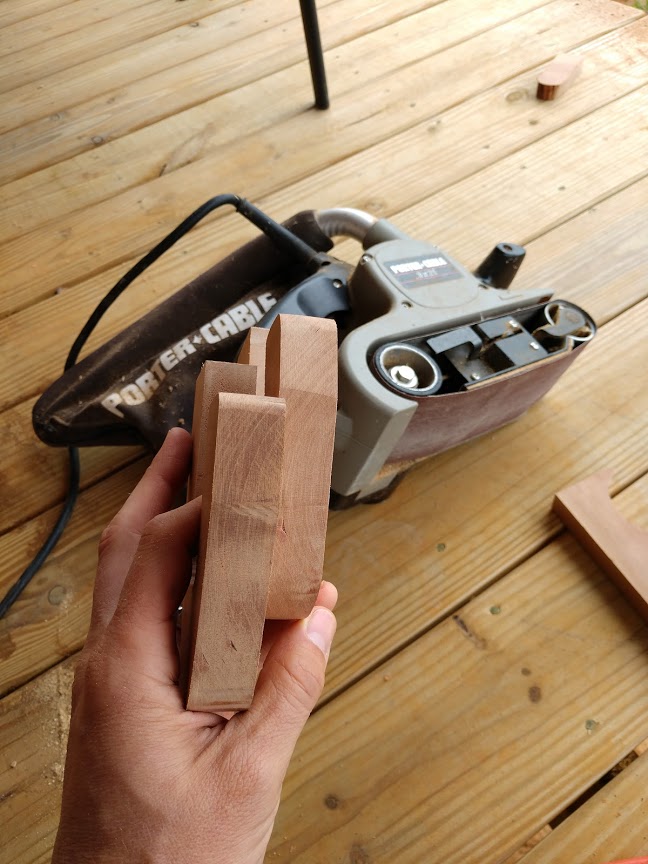 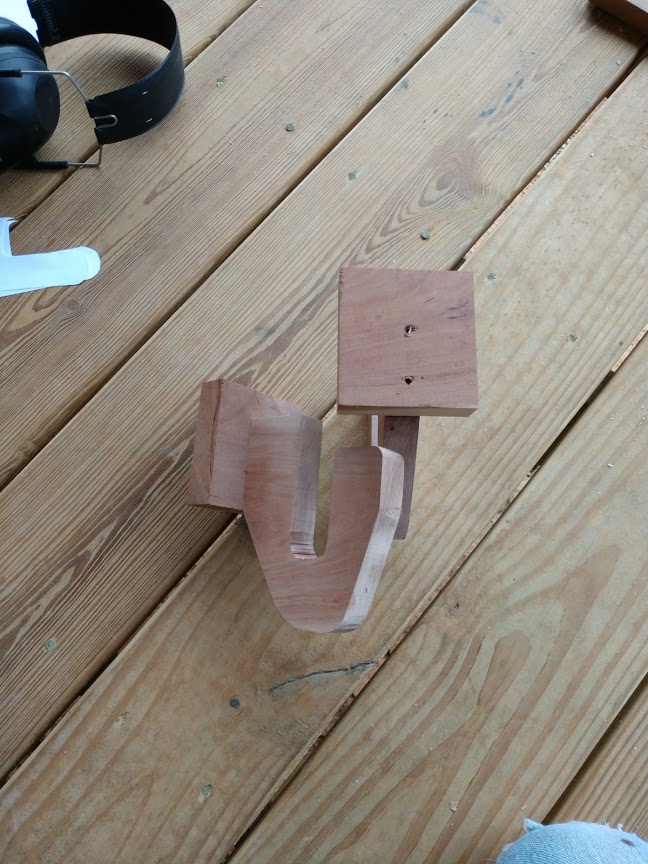 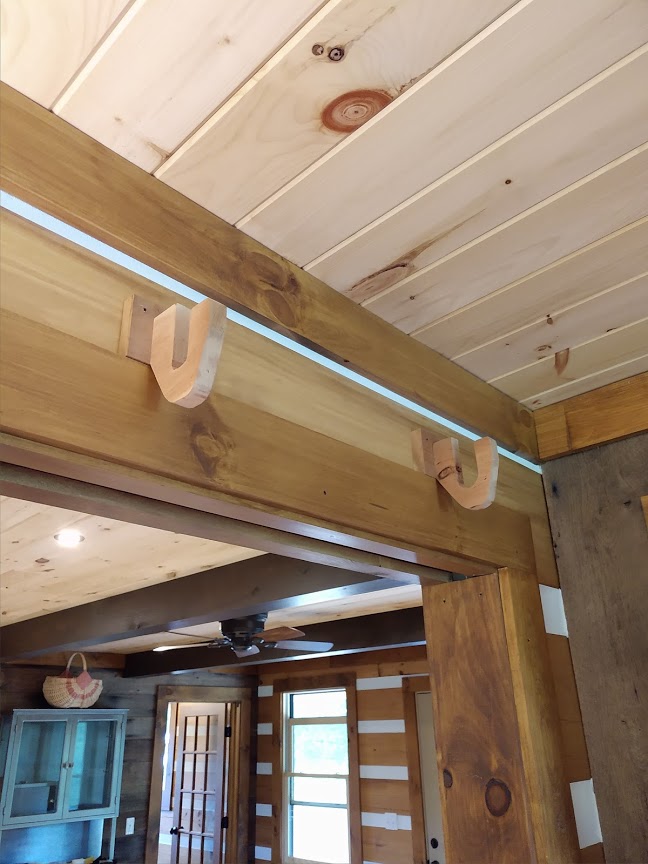 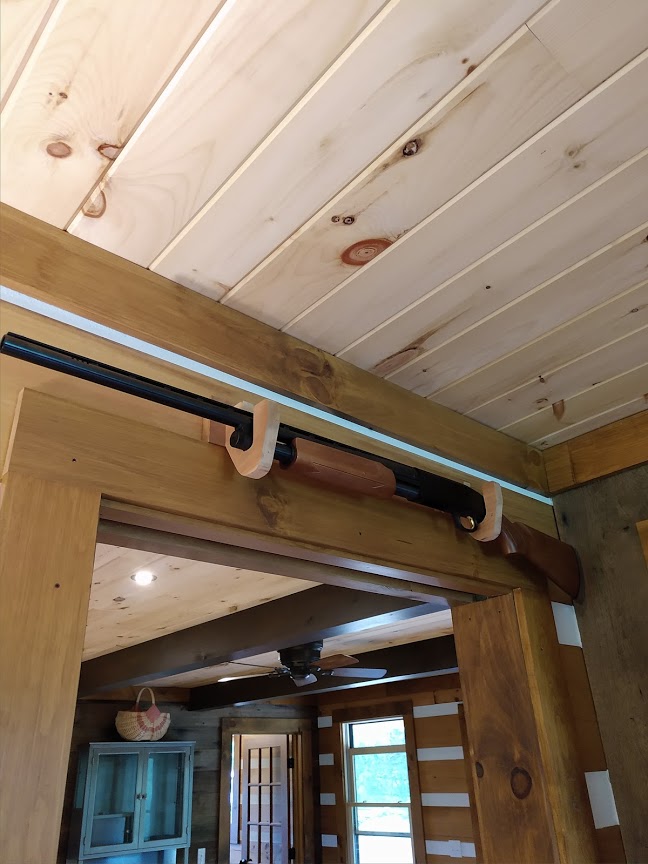 posted 2 years ago
Nice work, James!!
Goes well with your decor too!

posted 2 years ago
That was a nice easy and fast practical project. I store my shotgun beside the door, but stored like you have it, makes more sense.

Nice choice on home defense too. Nothing provokes more fear into the heart of an intruder like hearing a pump shotgun rack a round. Then, if need be, and they do not high tail it and run from that sound alone, they can get a lethal dose of buckshot while the wife and kids behind the wall will not be harmed at all.
thomas rubino
Rocket Scientist

posted 2 years ago
Looks good James!  A little stain maybe to match the wall and it will be there for the next 100 years!

posted 2 years ago
James, your cabin looks as great from the inside as from outside. Excellent storage for the home security system too. I've considered making some PEP/PEX coat hangers for the same purpose.

posted 2 years ago
This would be illegal where I live :P Unless you also had a trigger lock device on it, and your ammunition was stored separately and locked as well.
James Freyr
steward

posted 2 years ago
Thanks for the replies and compliments :)

I'm a big fan of getting things off of the floor. I love shelves, hooks, brackets, etc. I just moved into this house, and at the old place the gun stayed in a closet leaning into a corner. I want my shotgun to be easily accessible if and when I may need it. Home invasions are the last thing on my mind, especially living as rural as I am now, and this is really for defending my animals from predators, mainly coyotes. There's a healthy population of them out here, and I'm not here to farm and homestead and provide easy meals for them. I have a portable mesh style electric fence around my chickens and it appears to be working just as well here as it did back 30 minutes outside of Nashville keeping the four legged predators from getting my birds. If I'm not mistaken, it's open season year round here for black vultures as there's lots of them and they can take an aggressive approach and attack newborn calves, lambs, kids (not the human kind) etc. If that becomes a problem when I do get hooves on my farm, I'll be proactive about defending them too. Having this firearm above my door is like car insurance to me; I'd rather have and not need than need and not have.

posted 2 years ago
Very nice!  And the cabin looks awesome!

I might be imagining things here.  But you might want to give the gun a tug, jerk and twist to make sure the brackets hold up to hurried use.  The shape of the bracket and the grain of the cherry might make it a bit weak on the wall side of the curve.  Especially on the right one where there's also a knot.  It's probably fine but a test while you're holding onto the gun may be cheap insurance.

James Freyr wrote: Home invasions are the last thing on my mind, especially living as rural as I am now, and this is really for defending my animals from predators, mainly coyotes.

Honestly, this is a very scary sense of false security, and I often see it in people who move from the city to the country. In very short order they find out that while the number of people might be diminished, people are still people, and a certain percentage of them are not nice. In some ways, being out in the country makes you more of a target, and drug addiction is everywhere and they have a need to buy ever more drugs with money they do not have.

And a few years ago I had both cars getting worked on at the garage, and it looked like no one was home. A guy knoocked on teh door and looked shocked when there was a house full of people. He asked, "I am with ADT, and we are doing work in the area, and just wanted to know if you needed some security cameras installed." Instantly I knew he was up to no good because a reputable security company like ADT would NEVER do that...ever...and so I said I was not interested. The young kid asked me "if you do not mind me asking, what do you have for security?" I said a shotgun behind the door that will blast any burglar. He laughed and said "well I see you are all set", and left. I checked his car out, a minivan, and there was no ADT signs on it or anything, so we called the police, and they arrested the guy...homes had been broke into nearby, and they were looking for the guy.

At least here, the police will not even show up unless there is guns involved. A few weeks ago when I had that truck lurking about my farm the police said "we do not have an officer covering your area tonight", to which I said, "that is okay, I got a few guns", and miraculously, 30 minutes later a state trooper was freed up enough to arrive. He starts to chew me out saying pulling a gun could be construed as "threatening", to which I stated I have the right to protect my farm, and then he lowered his head and admitted I was right. He would not have even showed up if I had not had a gun.

But coyotes are the least of your worries.

Maine has the biggest coyotes in the world, getting up to 80-90 pounds, and yet as thick as my farm is with them, we have NEVER had a coyote kill a sheep in the 9 generations we have lived here. They are easy to deter. Being animals of opportunity, you just have to make it easier for them to dine on deer or rabbit than your animals. Fences help, and for 10 years expensive fence kept losses down. I now have a LGD that is aditional insurance.

My only predator loss in 11 years of having my own sheep has been by bird of prey; a crow that pecked to death the bloody umbilical cord of a freshly born lamb. And two weeks ago we almost had another bird of prey take out a newborn lamb. Katie and I watched an eagle swoop down, talons out, ready to grab a lamb, but our dog was right there, and chased the bird off just in time. That makes (2) fox, and (2) coyote kills to her name, and thwarted the abduction by an eagle. We did not have the dog when the crow pecked the lamb to death.

But you might want to give the gun a tug, jerk and twist to make sure the brackets hold up to hurried use...

James Freyr wrote: Home invasions are the last thing on my mind, especially living as rural as I am now, and this is really for defending my animals from predators, mainly coyotes.

Honestly, this is a very scary sense of false security....

Nah. I choose not to be afraid. Life is what I make of it.