I'm hoping for advice on managing the areas between the beds in my garden.

I've put in one raised bed to help make things a little more organized, but I would like to have the rest of the beds just in the soil.

However, I find that this way grass/weeds tends to grow in the gaps between and this grass/weeds can invade the beds and also look a bit messy.

I'm thinking that wood chips could look quite nice as well as help suppress weeds?

Any other thoughts, directly or indirectly related, would be great 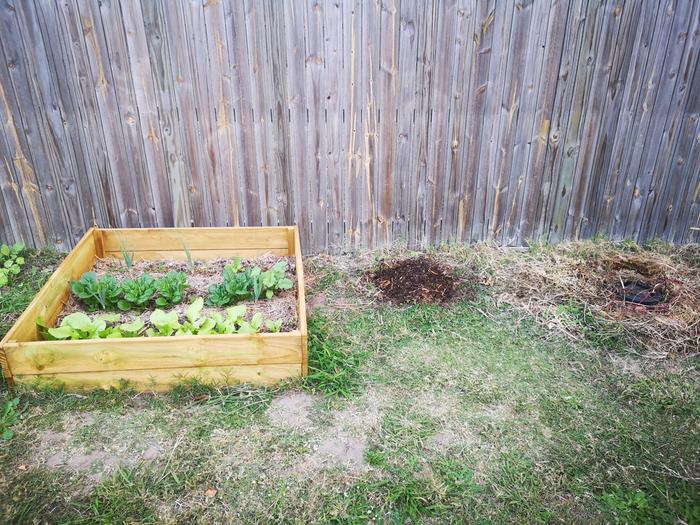 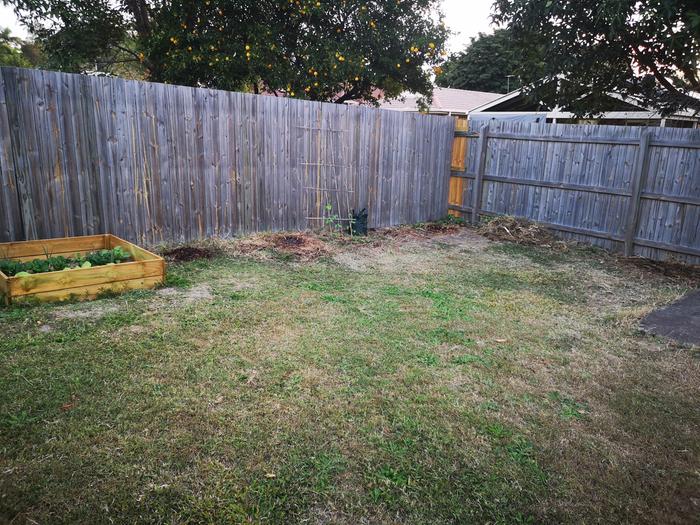 posted 1 year ago
Definitely woodchips but a thick layer of cardboard or newspaper first. That will help suppress any weeds and speed up the decomposition of the grass. As the chips decompose, you can dig up the paths of woodchips and use the material to top up your free form raised beds.

I was about to offer my own thoughts, but Megan beat me to it.  A layer of cardboard or a thick layer of newspaper makes a mighty fine weed barrier—for about 1 season.  After that you will likely have to contend with weeds, but a nice, thick layer of decaying wood chips will make weeding a piece of cake.

Michelle Heath
pollinator
Posts: 291
Location: WV
63
posted 1 year ago
I'm currently covering the paths between my beds with shredded mulch.  I did lay down an overlapping layer of cardboard underneath the mulch.  If you have a persistent weed such as crabgrass on the edge of your beds, it helps to dig it out before you lay down the cardboard.  Occasionally a weed pops up along the edge of the beds.
Russell Cook
Posts: 48
10
posted 1 year ago
Thanks all. OK, I'm going to go for that method of cardboard and then wood chips. My local garden centre sells "Hard Wood Mulch", I'll go for that instead of pine as I'm not really looking to add any acidity.

Any thoughts on the safety of corrugated cardboard? When I've wetted it before it is obvious it has been glued/pasted together. Is this an issue at all?

Jaya Green
Posts: 3
posted 1 year ago
I'm planning my garden now, which will include raised beds. Has anyone experimented with "tapestry lawn" plants - which can be walked on - to cover paths instead of mulch?

posted 1 year ago
Wood chips absolutely.  Go ahead and fill that space between the "raised" beds all the way up to the top of the bed --- thus, a semi-ground level bed.  If you do that, you probably will not need to use cardboard.

One of the things you'll notice if you use a lot of compost in your raised bed is that every spring you'll need to top it off with a couple more inches of compost or garden soil.  Carbon eventually gasses-off, and if your raised bed (like mine) is 50% compost, you'll see that attrition every year.  But if you put down a ton of wood chips between the beds, you simply need to rake the chips back and you'll find rich black soil below the chips.  Shovel that into your beds to bring them back up to level, and then top off your beds with fresh compost.

Over time, I've had to boost my raised beds up a couple of inches.  Not a problem -- lift them up with a shovel and slide a brick under each corner.  More compost, more chips . . . good to go for another year.

One last thought about raised beds: I recently bought some of those raised-bed blocks at Home Depot.  You drop one on each corner and simply slot the boards into the grove in the block -- bada bing, instant rectangle.  I use 2 x 12's for the lumber --- painted with latex paint to keep them from rotting so quickly.

Raised beds are a little bit like crack for gardeners.  Once you build one, you'll want another.  Then another.  I've become something of a raised bed fiend, and these blocks make the addiction so much easier to feed.

George Edgar
Posts: 2
Location: Granbury, United States
posted 1 year ago
I tried the cardboard and wood chips.  As stated elsewhere, that is only good for one year at best.  Being old and decrepit, I just let the weeds grow.  But, recently, someone suggested I put down carpet.  It lets the water through and kills the weeds.  I was told I could get free carpet from carpet installers who pull out old carpet when installing new carpet.  This sounds intriguing.  So, what do others think of this idea?  I am still trying to think through all of the ramifications.  Thank you.
Carla Burke
master gardener

posted 1 year ago
My issues with using old carpet are primarily about not only what it was made of, that it is probably still leaching (though likely at a much slower rate, than when it was produced)  out of it, but also not knowing what toxins may have accumulated in it, while it was in someone else's home. I'm careful about what cleaners I use - but, I've no clue what others may have used. So, while it would not necessarily be out of the question, for me, it's not likely to be at the top of my list, for food or medicinal herb beds, either.

posted 1 year ago
On a similar, yet completely different thought,  though - if you know of any small sheep farmers, who aren't interested in keeping their wool, you might check in with them. Sheep must be shorn, for several health reasons, but not all meat- sheep farmers are interested in (keeping, processing, selling, etc) all that wool. This refuse wool is biodegradable, earth friendly, and it's useful for many things, including insulation, raised-garden bed filler, mulch, and between-bed walking paths. It mats together into felt, helping to keep weeds at bay, and cutting down on the mud problems that can stop easily occur. (I just recently learned this was a problem for small farmers! Who'dathunkit???)

Been there, regretted that.

George Edgar wrote:I tried the cardboard and wood chips.  As stated elsewhere, that is only good for one year at best.  Being old and decrepit, I just let the weeds grow.  But, recently, someone suggested I put down carpet.  It lets the water through and kills the weeds.  I was told I could get free carpet from carpet installers who pull out old carpet when installing new carpet.  This sounds intriguing.  So, what do others think of this idea?  I am still trying to think through all of the ramifications.  Thank you.


Seeds over the carpet can sprout and grow into/through it.  If the carpet is under a lot of mulch or maybe buried a bit, I would guess there would be less of an issue.  Not to say carpet is not useful, it DOES stop running roots from punching up through.

The paths between these beds all have a 3/4" carpet between them.  Some areas got seeded and others are still fairly clear of growth. 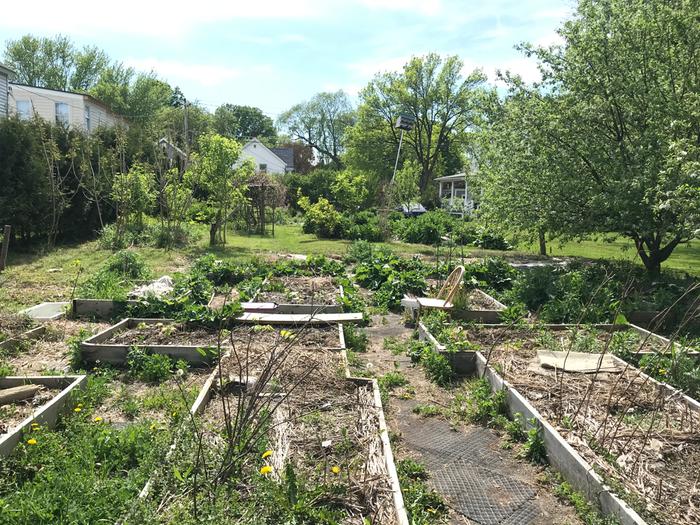 Edit:  Also, to the OP, on using cardboard. I think it is as safe as any commercially produced product.   I have found that everything but staples and tape rot away nicely.  I exclusively use brown undyed cardboard, as the colors/gloss maybe could possibly have heavy metals in them (? better safe than sorry?).