posted 2 months ago
I built this rocket stove from plans in a diy book from the library. It functions, but not as well as the hype says it should. I get a lot of smoke and it doesn't seem to get as hot as it should. I also don't get that jet sound that gives it the name.

I'm assuming a major part of the problem is air flow. I've seen a few other similar designs, but most have a sort of shelf to put the fuel on so the air can pass unobstructed. This design doesn't have that.

I usually put wood in the top hole of the side pipe as per illustrations in the diy book. 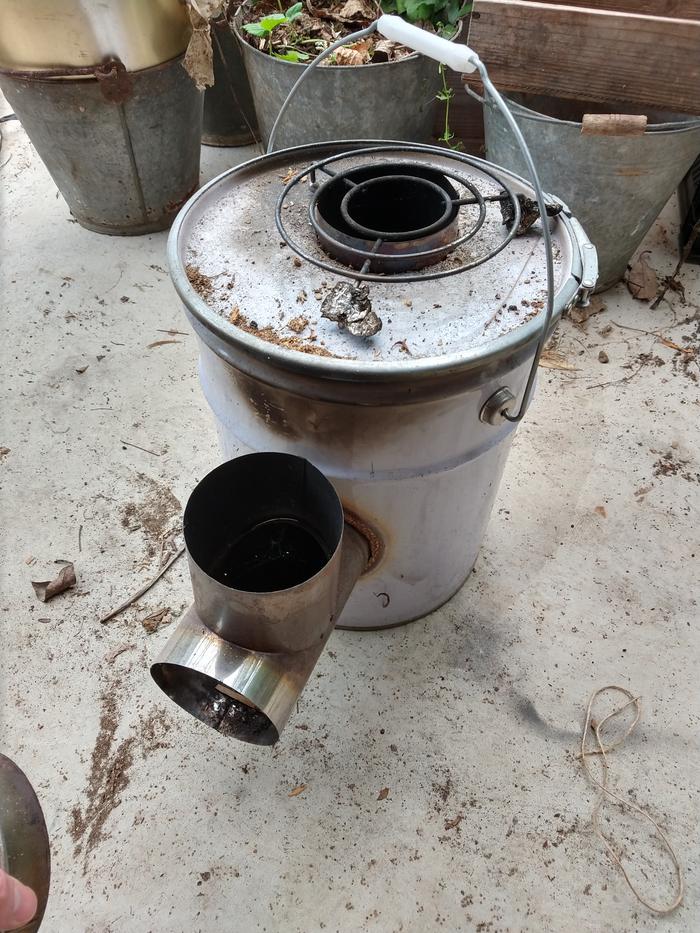 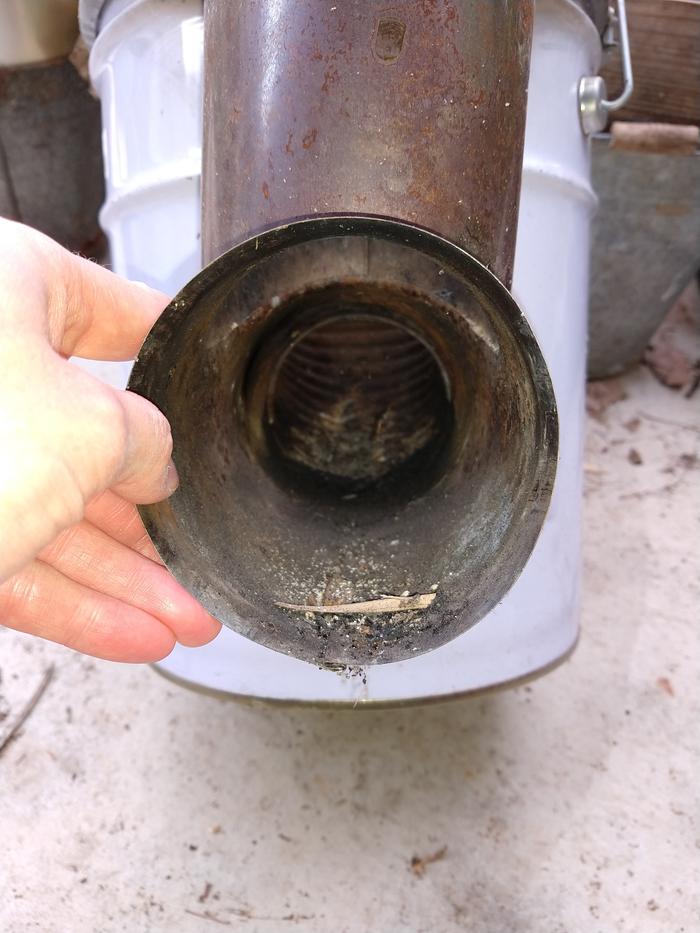 posted 2 months ago
Reading through other posts in this forum i was surprised to see metal as a not recommended material.

I suppose there are trade offs for everything, but all of the outdoor stoves I've seen for sale on line billed as rocket cook stoves were made out of metal. I don't see how you could get portability with earth ware.

posted 2 months ago
Hi Lew,   Not sure which DIY book your using but I see a few things that may be your problem. 1) Your heat riser is really short. I bet if you put a pipe to extend it at least a few feet, your stove should rocket a lot better. 2) That air flow device you mentioned is also important to make this L style rocket work properly. A simple plate that sits on the bottom of the feed tube (leaving about 1/4 of the pipes csa as an opening) is all that's needed.

Metal has a limited lifespan in the high temperatures experienced with a well functioning rocket stove. Great for certain areas but still often considered an expendable item that will need replacing, especially anywhere near the core.

Good luck, and let us know how it goes.

Posts: 3478
Location: Upstate NY, zone 5
210
2
posted 2 months ago
Portable rocket cooking stoves like the one you built are a very different animal from rocket mass heaters like what we talk about most here. The small rocket stoves will never get as hot as a rocket mass heater combustion core, so the metal will not deteriorate as fast. They will also not get as efficient as an RMH can, but they can still be much more efficient than a campfire or firepit.

The riser as shown is on the short side, but with free air movement it may work well enough once proper draft is established. The way the grate is sitting directly on top of the riser, though, when a pot is sitting on it, the airflow will be almost cut off and you will not get a good fire. The grate needs legs an inch or so longer so there is space for flames to flow all around the pot.
L. Johnson
pollinator
Posts: 210
Location: Japan, roughly zone 9b - wet and warm climate
72
I like...

posted 2 months ago
Thanks to both of you! I will consider some modifications to the design.

The horizontal feed does have a cap, I took it off to take the picture and forgot to show it.