Army Tent as a short term solution to living space.

posted 2 years ago
I would love some feedback and your thoughts and feelings on using an army tent as a place to live while building are house on the homestead.

Check out the videos below for a closer look 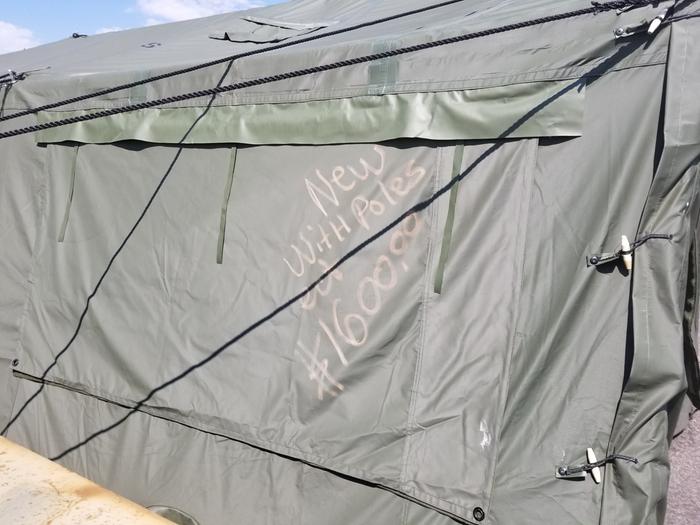 Jim Fry
Posts: 307
Location: Stone Garden Farm Richfield Twp., Ohio
24
posted 2 years ago
Other than providing scant cover from falling lava when Yellowstone blows up, it seems like a not bad idea (aside from maybe being a bit pricey). We put them up on permanent wood floors/platforms every summer when I managed a Girl Scout camp. They worked fine.

posted 2 years ago
So far the tent a has been holding up great to the wind and rain.
We did build a platform out of pressure treated wood and things inside the tent are warm and dry.

Check out the video 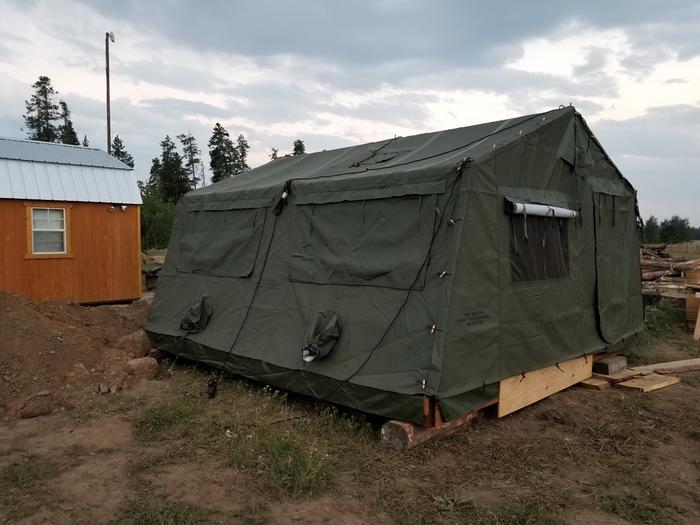 Jim Fry wrote:it seems like a not bad idea (aside from maybe being a bit pricey). We put them up on permanent wood floors/platforms every summer when I managed a Girl Scout camp. They worked fine.

That was also my first impression, considering the $1,000 for the lumber aswell, but then I considered temporary as potentially meaning 1 season (say 4-6 months), and for that I'd say it's worthwhile compared to having to build a temporary structure from scratch. When someone arrives on their land, they want to spend all their possible time on making their permanent home+developing infrastructure for resource management, not worrying about if the temporary shelter is sturdy enough that it'll be standing when a storm hits.

After watching the OP's vid, I certainly wouldn't mind living in one.

I looked at campers this year as the farm I work at is looking at getting extra help for next year. Around here, there were many decent ones from 10'-18ft long that were $1000-$3000 and even some acceptable ones that were $500. If I had to choose between a camper and an army tent, I'd probably go with a camper for convenience. I'm sure both hold their resale value well, so it's just a matter of preference and availability.