Angelika Maier
pollinator
Posts: 1454
Location: cool climate, Blue Mountains, Australia
23
posted 5 years ago
If you want to have a really great wormfarm for half an acre garden, what is the ideal setup? Preferably not too space conuming because we don't have a lot of space, because I"m running a plant nursery too.

posted 4 years ago
What you use as a worm farm can differ on various needs. You mentioned you don't want it to be too big. What will you be composting with your worms and what kind of volume? Weeds? Brush? Kitchen leftovers? Knowing that will help you to know not only what is "too big", but also what would be "big enough".

I have an old bathtub and a couple of 9" x 18" x 36" cement mixing trays. I can compost an awful lot with that space, but currently, I'm rebuilding my worm herd after a significant loss. When my worm populations gets to where it was, I will have many, many hundred thousand worms, and they'll eat it all up in short time. The bathtub came out of a bathroom remodel, and the two cement mixing trays were cheap at the farm supply.

Stacking trays such as used in Can-O-Worms or Worm Factory will save you space, and each tray is about 5-6". With one of those, you can add trays to accommodate whatever you throw at it, as long as you have the worms to keep up. But Both Can-O-Worms & Worm Factory are not cheap, unless you get them second hand.

In either case, once the worms have been at it, they will break it all down to small spaces (the original trash compactors), and you refill and do it again and again, until the bins/trays/whatever fill up. But if you're talking processing all the weeds, dead fruit/veggies/stems from a 1/2 acre garden, you'll want at least a couple of Cans-O-Worms, or Worm Factories. For me, that would mean probably another bathtub to go with what I have to give me very generous room at the end of a summer harvest, but by the time spring comes back around there would be room to do it all over again - assuming you have the worms to care for it.

posted 4 years ago
What is the main reason for having the worms?  Do you need the worm castings or is it that you need to get rid of some biomass?  I realize that it's probably a balance of both, so how does that split out as a percentage?

What are the dimensions of the space you can dedicate to a worm farm?

How much biomass do you need to process?

What are the demands of the plants you're growing?  How much worm poo do you need in a growing season?

I use a couple of 40 gallon plastic bins to house my worms.  They eat like crazy and I get about 5 gallons of castings per week at peak production in the fall.  It varies by the temperature and the food source.  It's not enough for my whole garden but I also have chickens so...I've got lots of compost.

Dale Hodgins
Posts: 9002
Location: Victoria British Columbia-Canada
699
posted 4 years ago
A series of these recycled stainless steel laundry drums, could be used in different parts of the farm. They are strong enough to allow other stuff to be piled on top. With a tray placed beneath, you could capture rich juices.
dryer-drum-recycle-fire-pit.jpg 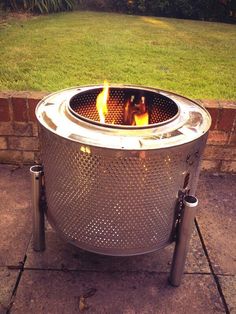 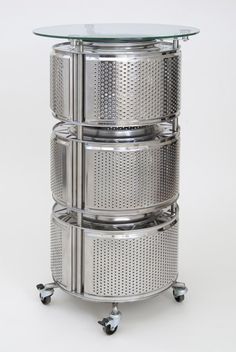 posted 4 years ago
Dale, you just made my day!

Ever since my family started line drying our laundry exclusively, I've been looking for a way to manage the old gas (propane) dryer.  I turned my old one's housing into a cold smoke chamber for smoking hams.  I like the idea of using the drum for a fire pit or garden center piece.  Nice find

Ever since my family started line drying our laundry exclusively, I've been looking for a way to manage the old gas (propane) dryer.  I turned my old one's housing into a cold smoke chamber for smoking hams.  I like the idea of using the drum for a fire pit or garden center piece.  Nice find


Thanks Craig.
If you like that, you may find something in this thread to like. We are brainstorming various uses for washer and dryer tubs. There are 17 ideas, so far.
https://permies.com/t/75102/ungarbage/stainless-steel-washing-machine-drums
Ben Zumeta
pollinator
Posts: 1103
Location: NW California, 1500-1800ft,
308
2
I like...

posted 4 years ago
If you want wormcastings constantly supplied to your soil, mulch deeply with arborist wood chips and coffee grounds and other favorable worm foods. You can also cultivate an immense amount of worms under a bird aviary/run, just below their digging strata. I think dedicating 1/10-1/4 to birds would be the easiest way to get the amount of worm castings and other high quality composts you would want for a 1/2 acre garden.

posted 4 years ago
I use a large (ish) animal watering trough (rubber not metal) I just drilled some holes and covered them with stainless steel window screen material but you could get away with any material for that use as long as the holes in the mesh aren't plastic covered.

My bin holds 100 gal. of water so it isn't huge but it isn't small either. There are probably around 1 million worms in there now, it gets the scraps the chooks and hogs won't eat as well as some meat trimmings. The bedding is damp cardboard, newspaper, straw and scrap hay.
We get non saleable veg from our grocery store and some of that goes into the bin when we are feeding the hogs and chooks those items.

Totes work great too for another low cost worm setup. I have a buddy in Australia that built his bins out of plywood but he does worms for a living and he has at least 40 of his huge bins going all the time.

I clean ours out maybe once a year for garden additions.

posted 4 years ago
Last year I built myself a CFT (continuous flow through) bin out of 2x4s, plywood, scraps, and one tube of conduit. I'm a huge fan of these types of systems for worm farming since it eliminates the need to sift through castings and simplifies feeding and moisture monitoring (more air and volume provides safe spaces for the worms in times of overfeeding or overwatering). Just keep layering food and bedding on top, and when you're reading to harvest, scratch some out of the bottom. The composting area of mine is 24" x 24" x 24", but it is easy to lengthen the design to accommodate any volume of material.

Here's some well made plans for  CFT bin if you're interested in purchasing some.
IMG_2487.jpg 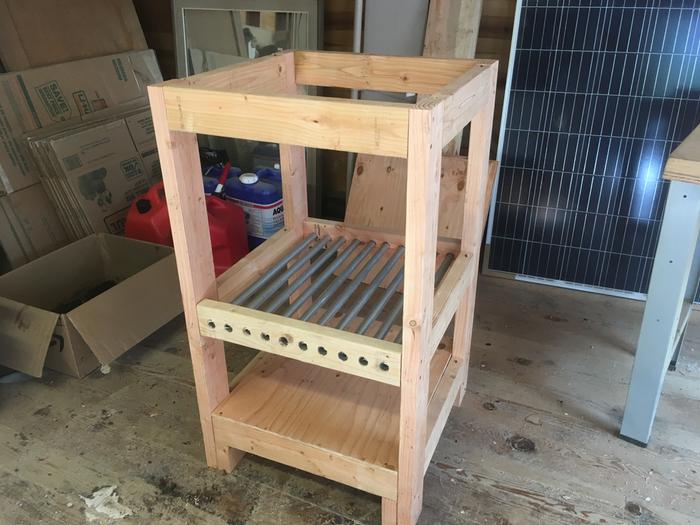 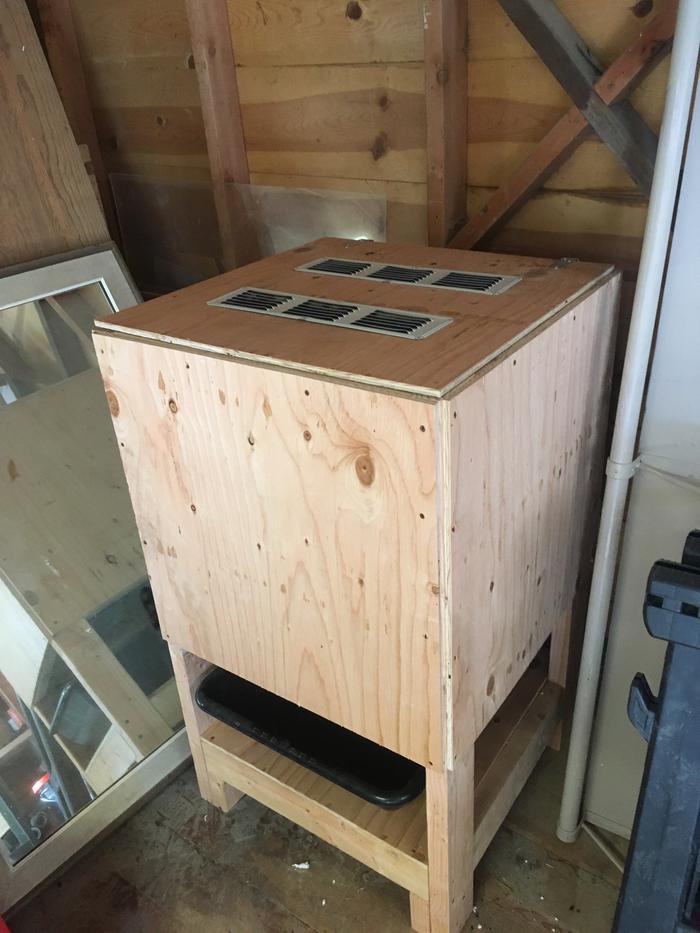