posted 3 years ago
One of my readers wrote me a few days ago excited about having gotten "blue watermelon seeds" online, among other questionable seeds.

I decided to run through the ebay listings and found them loaded with scams, then made a rather entertaining video:

Some of the things you'll find are so NSFW I couldn't put them in my video since I have a lot of kids that watch my channel.

There are legitimate sellers on ebay, but if your seeds are coming from an international location (I'm looking at you, China), you're likely to get scammed.

posted 3 years ago
Great video David, I enjoyed it. Keep up the good work!

posted 3 years ago
Thanks, James.

David Good wrote:  There are legitimate sellers on ebay, but if your seeds are coming from an international location (I'm looking at you, China), you're likely to get scammed.

Thank you for sharing the video.  I saw those blue watermelons, too.

I see a lot of things being sold like you are talking about.  My worry is that these items may turn out to be something that we do not want to introduce into the US like an invasive plant.

I buy almost all my seeds on ebay, but not from China.  The only one purchase of seed from China was a red coneflower.  Unfortunately, I never got the seeds and the seller did refund my money.  ($0.99)

There are a lot of scammer in the US also.  I only pay a dollar so if I get scammed I am not out much.  Watch of for the words "Fresh Seeds" as they might never germinate under any circumstances.

I watch for ads that say they do "germination tests"  as those are most likely reputable sellers. My favorite seller offers this and I am pleased with my purchases.

posted 3 years ago
From the research I have done this is a Moonmelon or Asidus grown in Japan.

posted 3 years ago
Heh! Anne, the makers of that video must have paid a fortune to have Stephen Hawking narrate it!

posted 3 years ago
Yeah, I think they manage to keep it up because it's not a huge amount. Most people just say "oh well, I lost a couple bucks."

But the whole thing irritates me quite a bit. You're hurting my people, the folks who want to grow something fun and get exited about gardening. It's frustrating.

posted 3 years ago
Fun video thanks

posted 3 years ago
Thanks, Brandon.

posted 3 years ago
Now I'm wondering about my Peter Peppers.  Hot peppers shaped like a thingy.

I bought them from one of the major seed companies, so I thought they might be real.  But looking at this, maybe they aren't.  The plants growing from the seed are pepper shaped.

The peter pepper, Capsicum annuum var. annuum, is an heirloom chili pepper that is best known for its unusual shape. It is a type of Capsicum annuum, though it is not officially recognized as a cultivar of the species. It occurs in red and yellow varieties.[2] The pepper is considered very rare, and its origin is unknown 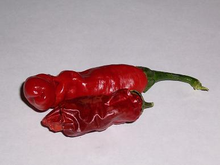 Mature Peter red chili next to a dried pod

posted 3 years ago
Amazon/ebay seem to be full of fake plant listings, either listings for plants that don't exist or listing plants under the wrong name. There are dozens of Amazon listings that say they're for aloe vera but show a pic of spiral aloe or some other decorative one instead. It's not a big deal to get spiral aloe instead of aloe vera if you're just growing it as a houseplant, but lots of people use it medicinally and some people even juice and drink it. Not great things to be doing with what is effectively a random houseplant. I reported a bunch of them but I guess Amazon won't care until someone gets hurt from using a mislabelled plant.

"Rainbow roses" are another common scam. Rainbow roses IRL are white roses that have had their stems split and put in different-colored water. Rainbow roses in online seed listings are just random seeds with photoshopped pictures.

It would be neat if there was a listing somewhere of plants that actually did come in interesting colors/shapes. I've grown pineberries, black raspberries, watermelon radishes, lemon cukes and probably some others that I'm forgetting. I know there are lots more that I haven't tried. Tomatoes, carrots, beans and corn all come in tons of colors and I know white raspberries, gold raspberries and white eggplant (they look like EGGS!). I'm sure a lot of this stuff is lower-yield than the plain versions, but I think the novelty value can help keep newbies excited about the process of learning to grow different fruits and veg.

posted 2 years ago
Google put this ad on my search for how to grow purslane, and it reminded me of this thread. 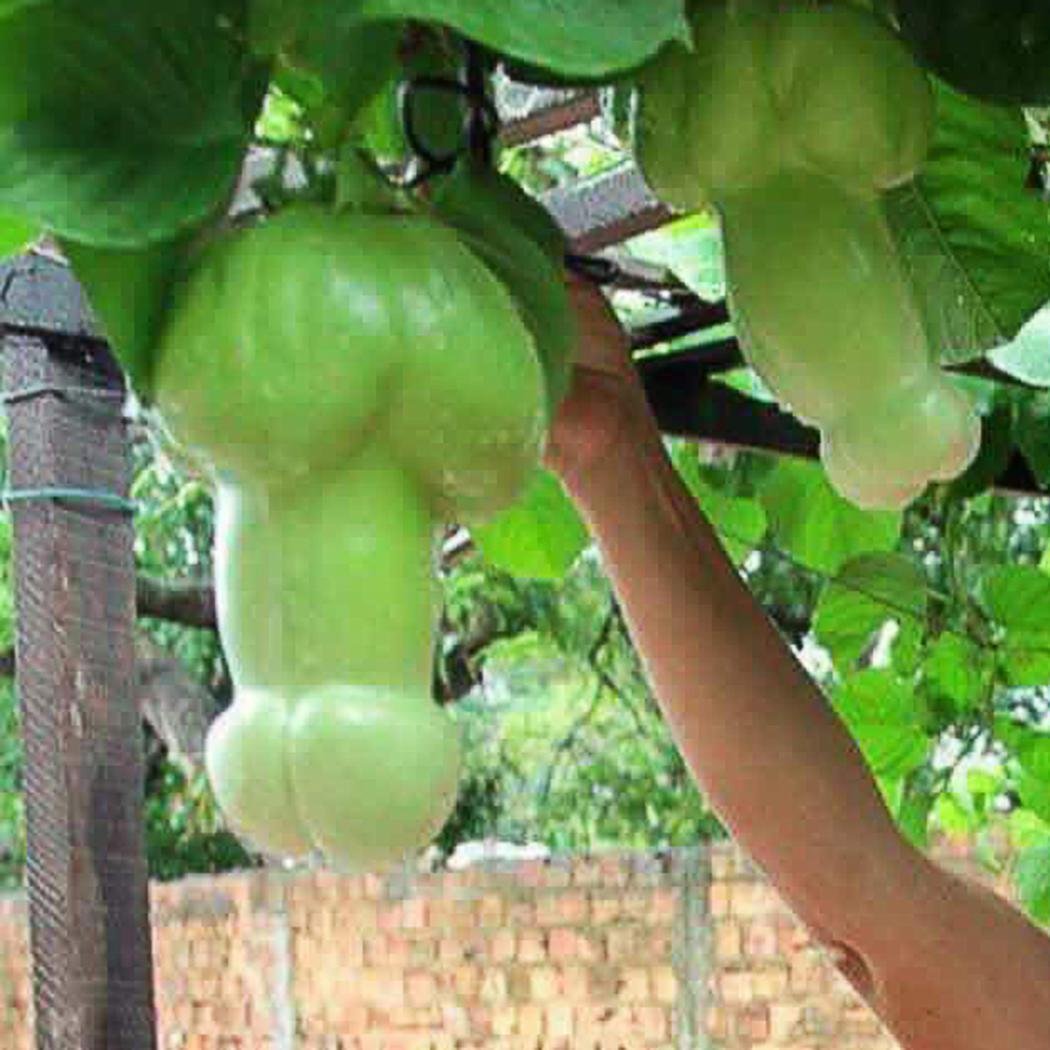 Or these real rare breast melon from Vietnam seeds: 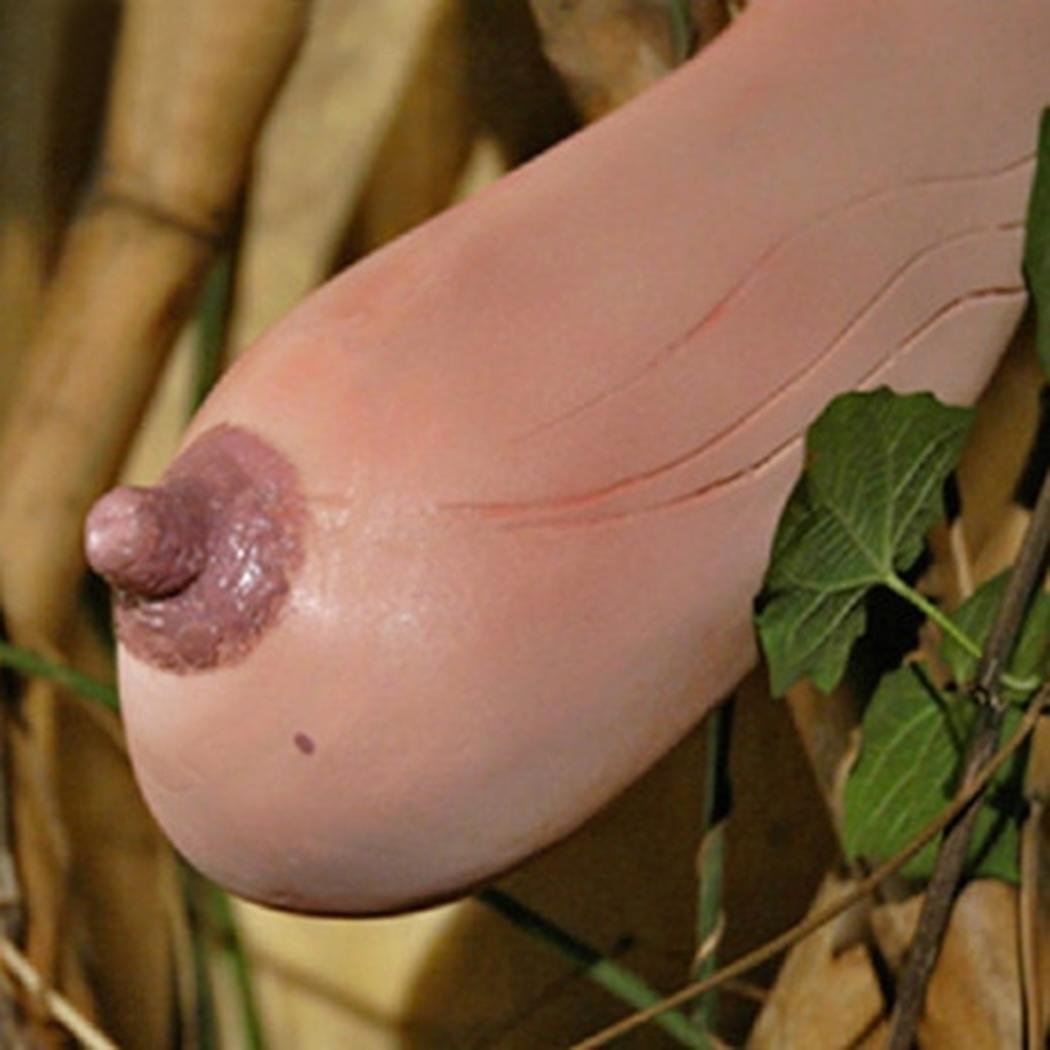 However, I do have a slightly different perspective on protecting ourselves from them.  In my experience, there are a lot of awesome seeds available for next to nothing from overseas seed sources, including China.  I'm not saying there aren't a lot of scams originating there -- there are -- but there are also lots of legit sellers and obscure seed bargains.  Plus, as other people have pointed out in this thread, lots of seed scams originate elsewhere and even right here in the good old US of A.

So rather than framing it as an "avoid seeds from China" thing, I frame it as a "do your research" thing.  If you've already researched the plant you want to grow and you can't find seeds locally or from a more trustworthy source at a price you are willing to pay, go ahead and take a flyer on cheap seeds from overseas!  But understand that you are gambling.  Your odds are a lot better than spending that same money on a lottery scratcher, that's for sure.  If you've done your research, you won't be fooled by listings designed to catch you with visual tricks.  Indeed, just by searching for a known thing you know about, you avoid most of the fantasy seed scams.  You could still get frauded (basil seeds instead of whatever you ordered) but most online auction setups have feedback and reviews and similar mechanisms that let good-faith sellers rise above the spam and noise of the scamsters over time.  Be a smart shopper and you can get some excellent seed bargains, or even seeds that aren't sourceable any other way.  International cheap seed ordering is one of life's inexpensive pleasures, IMO.