this is SCARY EVIL ... what could possibly go wrong?

posted 1 year ago
US Government releasing/testing Gene editing virus that is being spread by aphids and other insects.

This way we can give plants the gene to make extra vitamin C or maybe belladonna toxins. But I trust the gov to do what is best for us. And I have 100% trust that there will be no accidents or that they will have their 'wonderful work' hacked/stolen/sold. No sacrifice is too great for National Defense and also just think about the starving kids that need extra vitamin C. You aren't a .... that doesn't hate babies right?

posted 1 year ago
Insects mutate and change so quickly, almost as fast as bacteria, I think they will lose any special properties in a generation or two ( a few months).  Not likely to be a stable technology.  I put it in the "likely to be relatively harmless" category.

posted 1 year ago
After further reflection ... it might be a microscopic unicorn breeding project. For our own good.
E.jpg 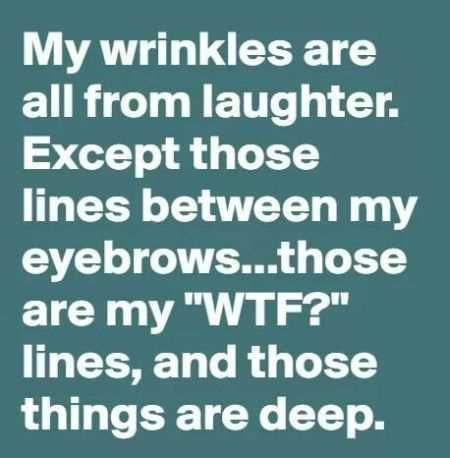 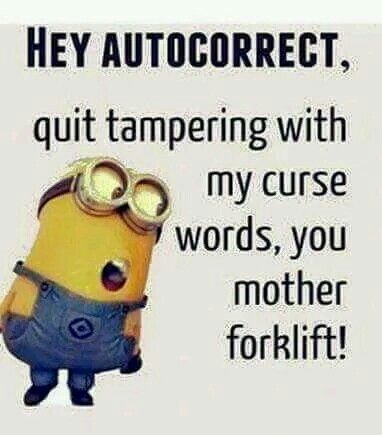 Tyler Ludens wrote:Insects mutate and change so quickly, almost as fast as bacteria, I think they will lose any special properties in a generation or two ( a few months).  Not likely to be a stable technology.  I put it in the "likely to be relatively harmless" category.

Is this a telling insight? I think so. My inner Batman tells me that if the tech won't last, then they don't need it too. As in, it might be part of a quick problem/reaction/solution scheme to create a relatively small but media-hyped bio event that predicates something nasty nasty we would never have agreed to. Also it could be a catalyst for yet another genetic altering snowball effect that only needs to happen once and spirals unseen in all directions. I hate to bring up the fact that the genome project found all of our specific ethnic gene markers too, but it could be related. Yikes
S Bengi
pollinator
Posts: 2718
Location: Massachusetts, Zone:6/7, AHS:4, Rainfall:48in even Soil:SandyLoam pH6 Flat
216
I like...

posted 1 year ago
Are you trying to say that they might put this gene editing virus in mosquitoes and release them.

I am sure it will only be a good thing, I want to be able to synthesize all of my vitamins and also the good fatty acids.

Justin Shropshire
Posts: 29
Location: Charlotte, NC
15
posted 1 year ago
With all the talk lately of transporting viral material all over the place, on commercial airlines no less, and many new military biolabs becoming operational on the borders of a not too cold conflict, seems like the pieces are moving into place. I've also been thinking about "big bad wolf" Russia, and how they supposedly want to nix all gmo in their country, stop buying US poison food, and supply real food to the world. Could this "helpful" gene meddling be used to royally fuck Russia's plan? Finally since when does big ag like bugs and think they help out? Only helpful as weapon methinks.
James Freyr
master steward

posted 1 year ago
I like to think that, in 50 million years, long after humans are extinct, the planet will have recovered and be flourishing with all sorts of abundant life both on land and in the seas with some familiar species having survived and some entirely new species having found their place through evolution, and I hope that all the GMO's that were accidentally and deliberately released into the wild will also be extinct through natural selection. When I read about genetic atrocities, I just remind myself of the old wise saying "time takes care of everything".

posted 1 year ago
Glad this is in the Cider Press, and with one caveat: it is true news, not ‘Fake News’ …

Although it's a relatively short drive, it drives me crazy-mad when the US takes it upon themselves to do shit that has the potential to affect the whole world Note: contrary to the USA governments 'thinking' the US in neither 'The World' nor the Global Police.

Firstly, I truly feel sorry for the many innocent US citizens who seem to be continually barraged with chemicals, dodgy laws, and God knows what else in the name of ‘National Security’. Lab rats have a better existence in many instances.

Suppose ‘they’ just gotta create an enemy, the boogieman under the bed scenario, to keep that ‘military-industrial complex’ ticking over; and so some bunch of scientists and multi-star generals can get their rocks off regardless of the repercussions.

To use insects to infect plants with viruses that protect them from drought and disease? By releasing the news other countries may start doing it? DARPA helped develop the Internet?

Let's just tell the journalists a few dodgy half-truths because we all know real investigative journalism is dead: did DARPA have a role in that too because it was a threat to national security?!

From now on, when something bad happens, just ask: ‘Did DARPA do it?’ 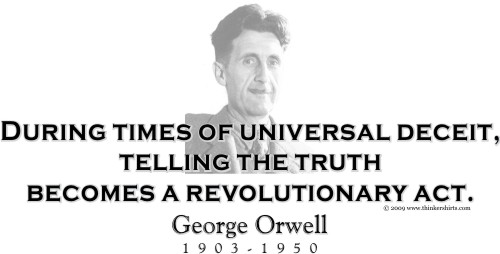 I thought this might be slightly related. Funny how "They can carry dog heartworm, but in general, they don't actually carry human diseases." yet "We really don't know what will happen," he said. "This species have not been well studied in this situation."

posted 1 year ago
Yeah, I was concerned when I read the article.  I don't believe even a tiny bit that they are studying crop protection.  That's a "there there" story they are hoping people buy.  We're doing it for YOU.

But tbh, when I read these types of things I approach it like I do my job.  A good huge chunk of hard knocks learned cynicism balanced with eternal optimism.  I'm doing my best to do my part and continue to learn more and improve my little slice of the world.

"Have nothing in your house that you do not know to be useful or believe to be beautiful." - William Morris

posted 1 year ago
This makes as much sense a germ warfare.  Unless your population is naturally resistant, you're just screwing yourself, because you know it will get out of your control.

On the plus side, Nature is always producing mutations, and with the number of bugs, the number of mutations has to be astronomical.  Viruses seem to be a means of transport of DNA between species.  Even though few mutations survive and even fewer do damage, I'm not sure the labs can do more than nature has been doing since before recorded history.
Mick Fisch
Posts: 608
71
I like...

posted 1 year ago
Even if they are doing it for altruistic reasons, I think as much damage is done by good hearted fools as is done by evil men.  Partly because there are way more good hearted idiots.
Bryant RedHawk
gardener

posted 1 year ago
Well dang, there go a bunch of grants.

posted 1 year ago
The most worrying part is that the bug-virus has the gene editing crispr.
CRISPR is like the master key to unzip and edit DNA, once we start letting CRISPR out of the lab, and the viruses start mutating and editing, who knows what will happen. I rather they just drop nerve gas or roundup, at least that is stable.

Well dang, there go a bunch of grants.

No, You just have to spin it right.

Say it's related to national defense, or will fight terrorism and the republicans will throw money at it.

Say it's to fight racism/sexism, promote diversity and the democrats and universities will throw money at it.

On the govt side it helps if you play golf with/ donate large sums of money to the right congressman or are connected to a large company like Raytheon, Lockheed Martin.  (probably true on the university side too, but I have no experience to judge there).

In all cases, success need not be guarenteed if you get the contract, only best effort.  (I appologize, my cynicism got loose for a few minutes there).
Mike Barkley
gardener

posted 1 year ago
Brilliant solution. A catchy ad campaign is all that's needed. Like this old poster ...
bigbrohistory.JPG 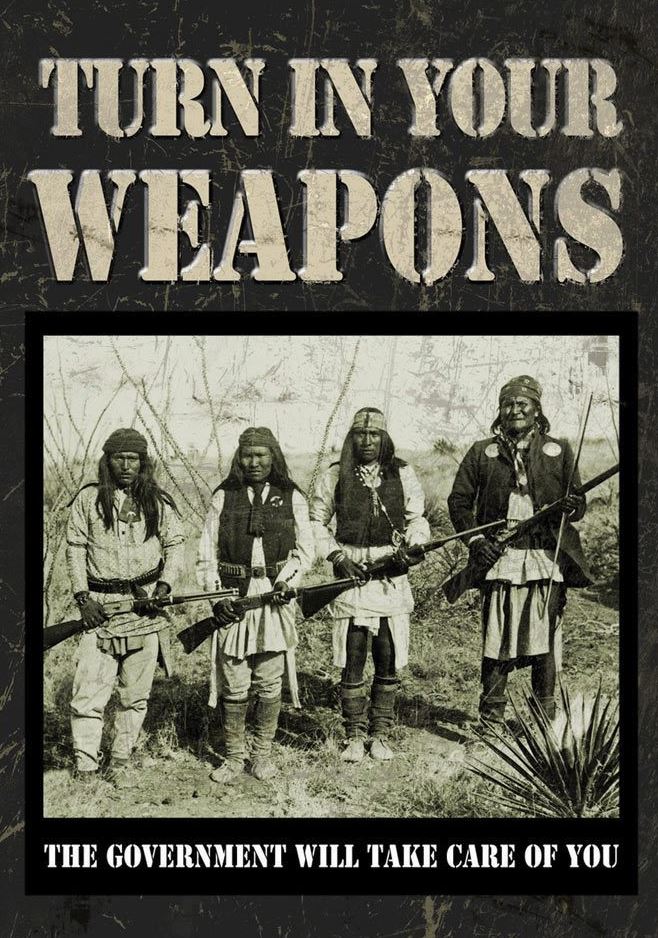 I thought this might be slightly related. Funny how "They can carry dog heartworm, but in general, they don't actually carry human diseases." yet "We really don't know what will happen," he said. "This species have not been well studied in this situation."

And here comes another hurricane...

Zika virus, Malaria, Sleeping sickness, these are just a few of the Human diseases Mosquitoes carry, don't be surprised if singular diseases start to jump to new carriers, as climate changes diseases will adapt.