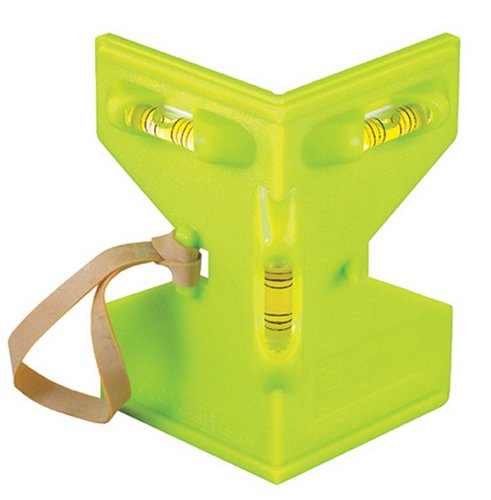 This little device can be clamped onto a post to keep it plumb as you install it.  The rubber band stretches around the post to hold it while you use your hands for something else.

posted 1 year ago
I give this gear 10 out of 10 acorns.  I don't know why I didn't get one sooner.  It was only $4 at Menards.  I installed a bunch of 5x5 posts for a building and this made it much easier to get the post plumb.  No level to keep dropping or having to slap on each side to see if it's still plumb.  Normally I'd think about dropping the acorn score due to being made of plastic.  But it works so well that I forgave that.

I've installed about 12 milled posts with it and 30 cedar posts.  With a tapered cedar post it isn't any more accurate than a normal level but it still makes the process easier.  In my case I was attaching a fence to one side of the posts so I just arranged the post level so that one of the dials would ensure that side of the post was plumb and ignored the other side.  Hopefully this makes sense.

I found that the full size 5x5 posts were the max the rubber band could handle.  I'm sure it could handle 4x6 dimensional milled posts.  Anything larger than that could be handled with some string to extend the reach of the rubber band. 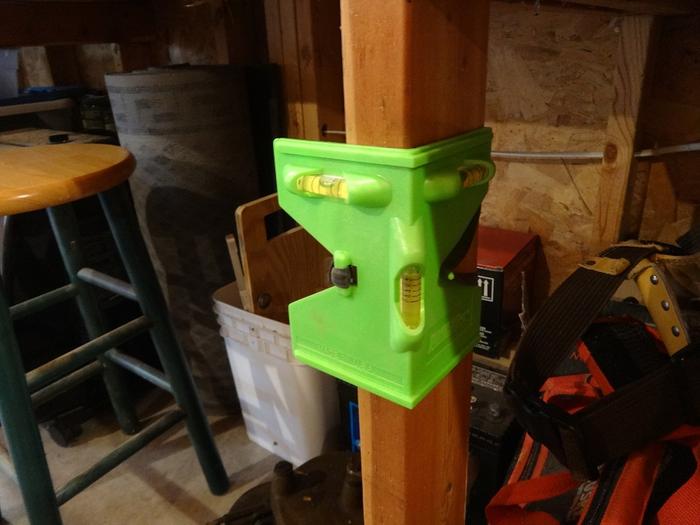 posted 1 year ago
They are fabulous, mine has magnetic bits which allows it to hold on to steel posts.
Certainly a must for any builder who likes order in their work.