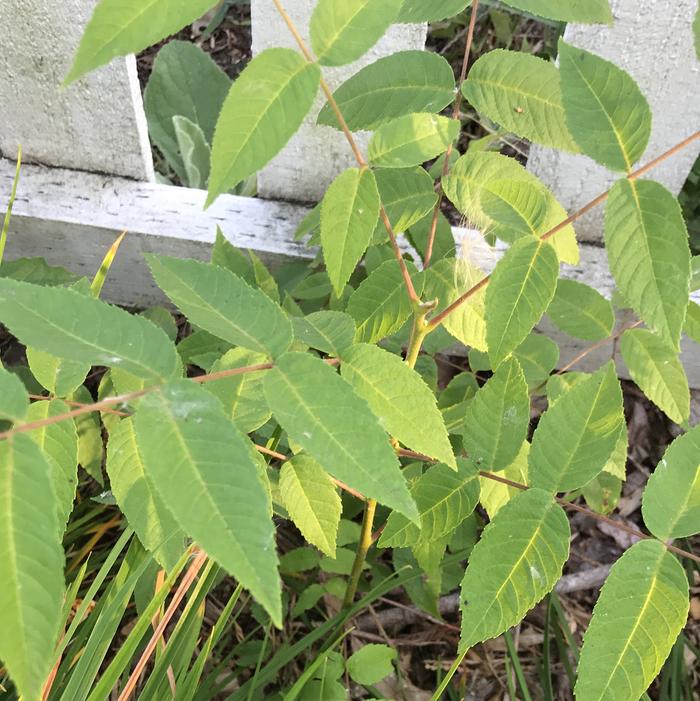 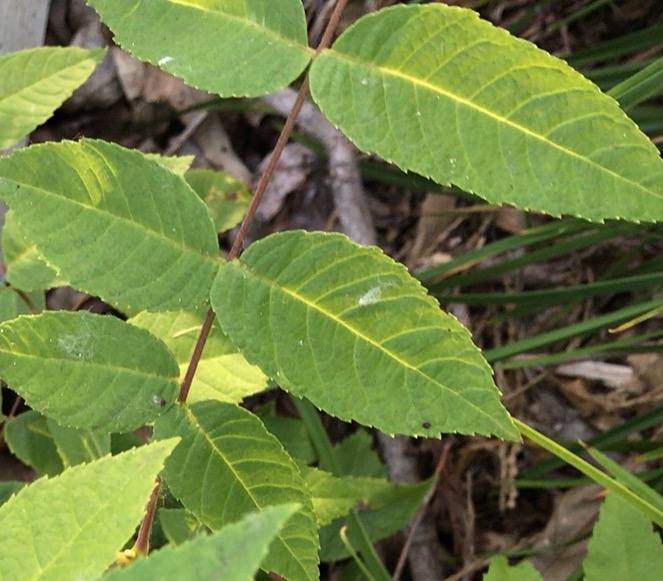 posted 1 year ago
Yeah plant snap said it was poison sumac. I don’t think I’ve ever encountered it before.

posted 1 year ago
There's several kinds of sumac and only one is poisonous (as far as I know).  But they are pretty hard to keep under control once you have them so if you don't want them, remove them when they're small.

posted 1 year ago
Good to know! I’ll try to figure out which type it was. It had quite a long root when I pulled it out. Pretty impressive actually

David Huang
pollinator
Posts: 463
201
posted 1 year ago
It looks like sumac to me as well, but not poison sumac.  I will admit I've never seen poison sumac in person, probably because its habitat is swamps where I don't tend to hang out.  I remember that Samuel Thayer covered it in his first book, The Forager's Harvest and went to double check.  Poison sumac leaves are hairless and shiny with smooth margins.  The berries are also distinctly different though the one you have looks too young to have the berries.  Apparently it also rarely grows in dense pure stands like the other sumacs.

I would guess that you have either staghorn sumac or smooth sumac.  As Mike Jay alluded to, they do grow and spread out into dense, stands.  They are also a perennial edible.  I like to keep some around on my property, but I don't let them take hold in the gardens.

You are welcome to check out my blog at http://www.theartisthomestead.com or my artwork at http://www.davidhuang.org
My latest blog post is my book review of Building a Better World in your Backyard and a second post with book discussion questions.