Posts: 2189
Location: Cascades of Oregon
316
posted 2 weeks ago
So I've seen the current housing issues along the West Coast, well at least fron San Fransico to Seattle and it's heartbreaking. Comparing 1930's "Hoover Villes" to contemporary photos are quite similar.  What do you think might be a move forward?
seattle-1937.jpg 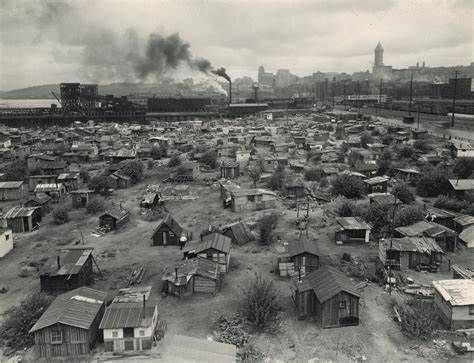 posted 1 week ago
I think the United States is headed toward a massive decline and far too many will suffer horribly.

posted 1 week ago
A few days ago, I spoke with a family member who was a boy in the 1930’s. He told me about his neighborhood in Lincoln, Nebraska. Prior to the depression, the area was growing and families purchased city lots with the intent to build their homes. When the economy tanked and people lost their jobs, they continued to work on their homes using resources that they could buy, repurpose, or creatively source. In this part of the country, basements were common. The families dug out and built their basements using what resources they could pull together: horses, shovels, block, brick. Fire places, chimneys, water hookups, sewage connections proceeded by hand, slowly. Roofs were temporary, improvised or part of the future first floor. The families on this block lived in their basements through the ‘30s: subterranean dwellings.
I never lived in the 1930’s, but it seems to me that resourceful, creative, adaptable people were around then and are finding their way now.
A way forward? Focus on those people who are steadfastly digging in, building their foundations, and planting things that will be around in a hundred years. Those basements in Lincoln are still there, hidden by above-ground homes and shaded by massive trees.