i accuulate a bunch of grease from cooking bacon, and other meats. anyone know of good use for it?
trinda storey
Posts: 128
Location: kent, washington
3
posted 6 years ago
excuse me
accumulate
Bill Erickson
steward

posted 6 years ago
Sounds like schmalz (German for rendered animal fat from any source) to me. Useful as a replacement for butter, but I'm sure there are other uses than eating.

posted 6 years ago
Mmmm, delicious fats. And, according to people like Sally Fallon and the Weston Price Institute, some of the healthiest fats you can come by.

Whenever I cook, I save my oils and fats.

Pork, red meat, and bacon fat go in one jar for using as 'drippings', which is to say spread on bread instead of butter. I also use this as my main fat for frying or any high heat cooking as it has a very high smoke point. Very generally speaking, once fat or oil starts to smoke, it's changed structure and is less easy to digest, and potentially mildly toxic or carcinogenic. Very generally speaking - not fully accurate, but it makes a nice, easy to see point for us home cooks to know that the temperture for the oil is too hot to be fully healthy.

Onions fried in bacon drippings are amazing. Slow fry them, so that they caramelize, then put some balsamic vinegar, salt and pepper in at the end, and presto, you have amazing onion marmalade.

If I have a lean cut of meat, I will often slather drippings on it before roasting, to add flavour and tenderize the meat.

Drippings will go rancid over time, so what I like to do is to have on jar on the counter for pouring the hot fat into, and when it's full, put it in the fridge for using, and get a new jar out for the counter. That way, the older fat is kept cool so it lasts longer and gets used first. If I put hot fat into cold jar then I usually end up with a big fatty broken glass mess, that's why I don't keep my active jar in the fridge. In my observation, it takes about 2 months in the summer or 4 months in the winter for pork/meat/bacon fat mix to go rancid at room temp, and about 6 months to a year for drippings to go rancid in the fridge. You can also freeze the fat for longer storage. Books suggest one year for frozen fat, but my personal experience is about 3 years (depending on the fat and the freezer).

Fat is one of the safer (natural - ie, unprocessed) foods to keep at room temp, and is often used to preserve other foods, one should always use their own judgement when dealing with food safety.

Drippings make amazing pastry and biscuits - just replace some or all of the butter/oil with drippings. Because drippings are better at high heat than butter/oil, the final product is healthier (according to some many schools of thought) than if made with butter alone, or vegi oil.

Another thing I do with drippings is to roast veg slathered in dripping. For example, cut up some potatoes, coat in drippings, bake in oven until crunchy, turning at least once during baking.

Just about anything you use lard for you can use drippings. Sometimes lard is what you want, so here's a couple of pages for you:
Why you should be putting lard in your biscuits
In praise of lard, how to render your own

Used cooking oils (as in vegi oils or fats mixed with vegi oils) as well as oil/fat from cooking fish I put in a separate jar. These aren't very tasty to cook with, but they have other uses. One can clean the fat and make soap from it (I haven't tried this specific recipe yet, as I suspect hot processing soap might be the 'safer' way to go since the actual fat ratios are unknown and we don't have to wait 'till it finishes curing before discovering if we got the PH right). These fats can also be cleaned (the same way) and used for certain kinds of fuel.

There were some interesting experiments in the early 20th Century using vegi and other light fats for cooking fuel. Also historical sources suggest we can use it for lighting - as in rush lights, or certain kinds of oil lamps. Note, not what modern people think of as oil lamps as they usually require a specific oil, but rather the ancient ones with a bowl for the oil and a wick sitting in it. 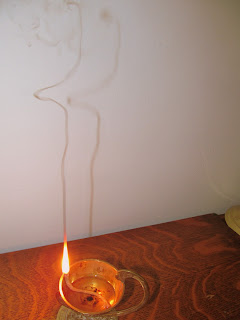 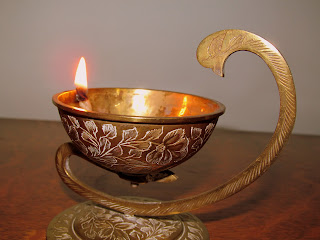 Images from my blog, trampled by geese

See the smoke? These fats smoke and can cause rapid soot build up and prolonged exposure can damage lungs. Also, open fire with open fuel source is hazardous for modern homes, as many people are no longer familiar with fire safety.

I've also wondered about using this kind of lamp and reclaimed oil as a way of fueling an energy device, like a stirling engine or... Haven't got around to this yet, but perhaps.


Lots of lovely things we can do with rescued cooking fats and oils. Only, it's time for breakfast and talking about this is making me hungry. Love to hear what other people do with their fats. Want me to elaborate on anything I mentioned, just ask.

posted 6 years ago
Another excellent use for drippings: bread soup

Stale bread torn into bits that fit nicely on a spoon. Boiling broth (or broth cube and boiling water). Drippings or butter, or both mixed together. Mix well.

Mrs Beeton ( check out her book on household management for more recipes involving drippings ) suggests this is an excelent meal for convalescence but personally I call it breakfast.

John Master
Posts: 519
Location: Wisconsin
9
posted 6 years ago
i haven't done much in the way of it but I know that lard (bacon grease) is supposed to be one of the best fats for making pastries.
William Bronson
gardener

posted 6 years ago
Popcorn. So damn good. It did, however make me poop like duck,but so worth it.

John Master wrote:i haven't done much in the way of it but I know that lard (bacon grease) is supposed to be one of the best fats for making pastries.

You definitely don't want to use bacon grease for making pastries.  The type of lard used for that is "leaf lard".  It's the fat surrounding the internal organs.  If rendered correctly, it won't have a pork flavor.  Anything else and your pie will taste like pork.  Which may not be that bad but not what you're going for most likely

posted 3 years ago
Freeze it in individual potions for seasoning vegetables: 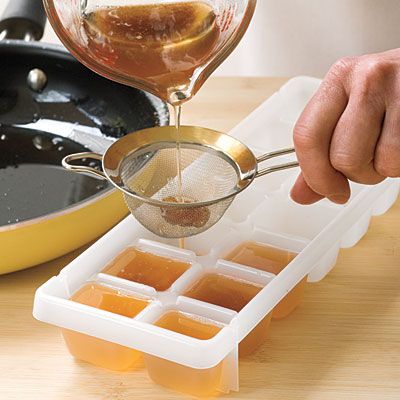 For every 1cup of birdseed, etc. use 3/4 cup of melted bacon grease;
mix all ingredients together; cover a cookie sheet with parchment paper;
place deep metal cookie cutters and place them on cookie sheet; fill the cookie cutters half way with the seed mixture, add a piece of looped ribbon an continue filling with the seed mixture;
put the pan in the fridge or feezer to harden for 10 mins take out and remove the hardened suet from the cookie cutter "frame";  Hang outside and let your birds enjoy! 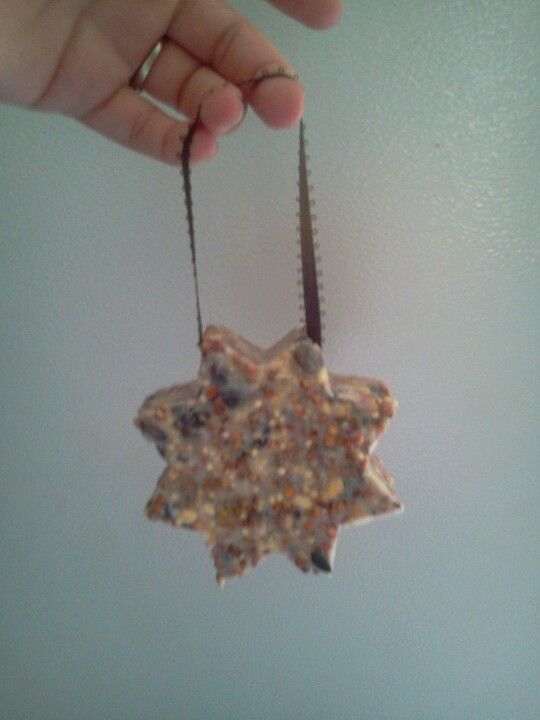 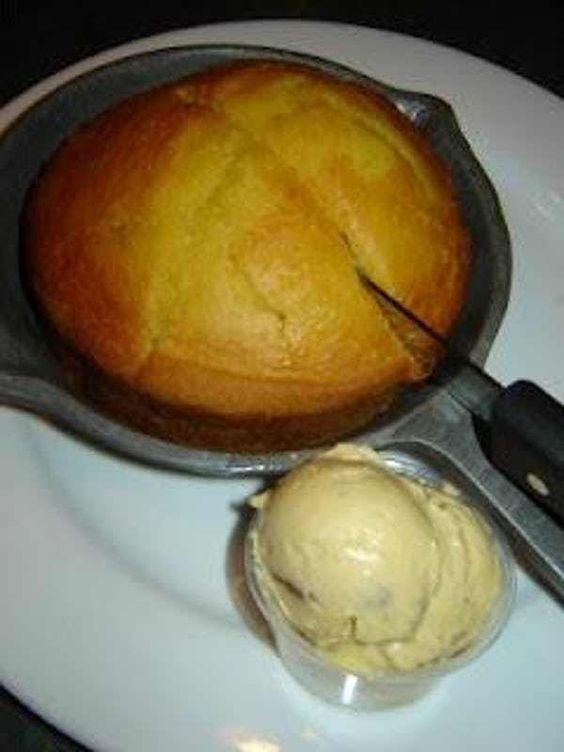 posted 3 years ago
I have used it in making a single batch hand scrub.  Mix some bacon grease with salt and sugar.  Scrub away.  Rinse.  Enjoy bacon scented hands.

posted 3 years ago
Tina, I'd be sniffing my hands all day! lol

I use bacon grease, lard, and chicken fat in cooking. I don't really deep fry but I do save up grease and oil that is too nasty to use and make lye soap with it (cold process: 5 L waste oil/fat, the nastier the better, 1L lye, 1L water. Crude, rude, strong enough to get anything out of your clothes and works a charm washing dishes too).
Roy Hinkley
pollinator
Posts: 350
Location: S. Ontario Canada
26
posted 3 years ago
I get a duck every now and then. You'll get half to a cup of fat when roasting and it's great for frying, great on toast.