Devin Lavign
pollinator
Posts: 1063
Location: Pac Northwest, east of the Cascades
315
I like...

I hereby give a temporary viewing to folks on Christmas day that might need an excuse to beg out of watching a football game or some other chore.

This is available only on Christmas day 2016.

Naturally, I hope that you like it so much that you buy the full 4-DVD set here:  http://richsoil.com/wood-heat.jsp

If you are not going to buy the full set, perhaps you could do me a favor and watch this and then post an "acorn" review here where the first line in the post is "I give this video ____ out of 10 acorns." and replace "___" with some number.


the rest of the videos in this set:  http://richsoil.com/wood-heat.jsp

Perfect for our day......looking forward to watching in short installments in between the grandkids, etc stopping by.

...and hoping to buy the set soon

Judith Browning wrote:Thank You Very Much!!!

Perfect for our day......looking forward to watching in short installments in between the grandkids, etc stopping by.

...and hoping to buy the set soon

It is an investment you will NOT regret. Trust me.

[and having a wonder, has anyone tried to burn coal in a RMH?]
paul wheaton
master steward

Deb Rebel wrote:[and having a wonder, has anyone tried to burn coal in a RMH?]

We are burning cardboard boxes, christmas wrappings, christmas card envelopes and some packaging in ours.

posted 5 years ago
Thank you Paul!
Devin Lavign
pollinator
Posts: 1063
Location: Pac Northwest, east of the Cascades
315
I like...

posted 5 years ago
Awesome gift Paul, thanks. Though I do have to admit, my folks got me the DVD set, but the thought was wonderful Paul. And that is what counts. If Ihadn't put the dvd set on my list and gotten it this would have been a great chance to get some taste of what is in the dvds

Deb Rebel wrote:[and having a wonder, has anyone tried to burn coal in a RMH?]

We are burning cardboard boxes, christmas wrappings, christmas card envelopes and some packaging in ours.

Glad it is keeping you warm, and you didn't get any coal from Santa. That thought is the reason I thought of and asked if anyone had tried burning coal in one...

Though I'm sure Santa gifted you and Jocelyn well.

Thank you so much for sharing the video with everyone.

Trust me, Permie People. If you don't have the set yet and think you might EVER build a RMH, it's worth the investment!!! (Besides Paul really IS a handsome, well voiced, easy to listen to narrator

)
The amount of information is incredible. Get *yourself* a gift this year if Santa didn't bring you this set.

Also Erica and Ernie Wisner have free plans up for a 6" bench (thanks!) and if you download that to look at as well, you should have everything you need to DIY.
paul wheaton
master steward 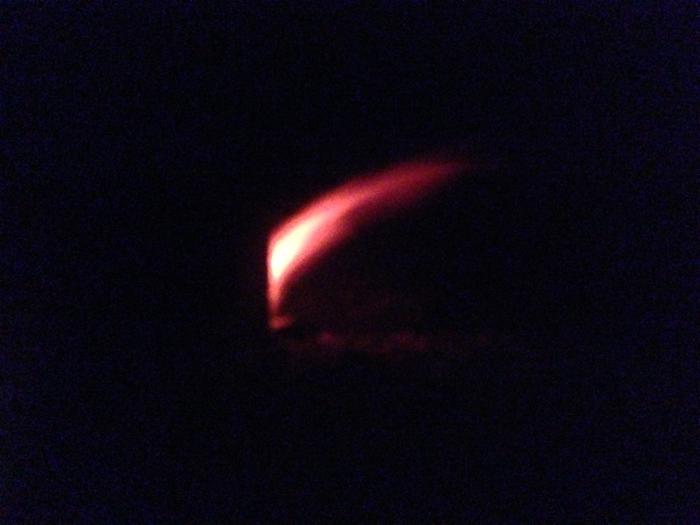 posted 5 years ago
That is a great video.  So many teaching gems.  Really good detail and nice shots to show assembly steps.  Thank you all for making this knowledge available!

posted 3 years ago
I just happened to re-read the super positive reviews on this thread.   THANKS EVERYBODY!   A lovely boost.


I want to express two thoughts to see if others, who have watched the full 8-DVD set, agree ....

THOUGHT 1:  I think that if a person watches the full 8-DVD set, they will learn far more than if they attend a weekend build of building one rocket mass heater.   They might learn three times as much.   So with 8 DVDs, you watch for 16 hours.   If you attend a weekend workshop, you are attending for 16 hours + any drive time and stuff like that.

THOUGHT 2:  Further, I think that exact measurements of each of these builds won't do a person a lot of good.   Because each scenario will be different.   For exact measurements, I think people should look to the E&E plans, including the plans for the rocket mass heater built in the wofati.   I think that if a person with some DIY skill watches all 8 DVDs they will then be able to build a good rocket mass heater.  Of course, I think they might want to augment with E&E's book and maybe some of their plans, but if they didn't have those, I think they will do fine.

posted 2 years ago
I have all 8 dvds and built a RMH after i watched the first 4 dvds that came out. It is in our Earthship in Hazelton (northern BC). Even though i built it 3 years ago this winter is the first winter I can test it as the house is finally at a stage where it is somewhat livable. 2019 was year 5 building the Earthship. Anyway it is working well and i am happy with it. Even though i don't have any comparison as to how good it performs as i haven't ever seen any others in action. Depending on what wood I burn the top of the barrel gets up to 450C hot and the bench gets warm. 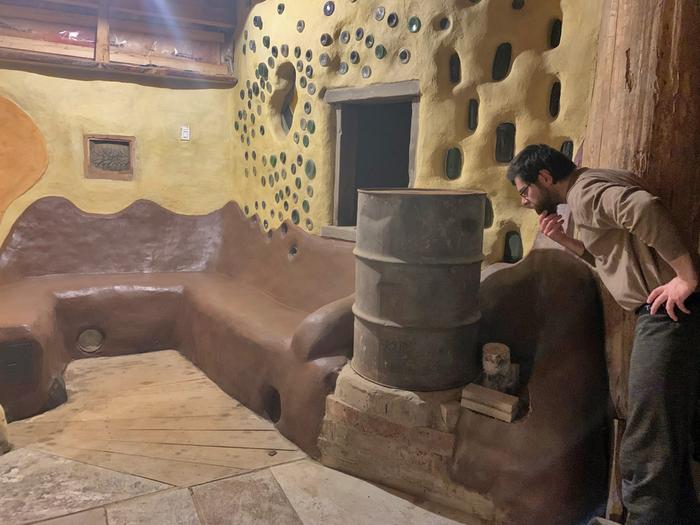 posted 2 years ago
I have built (not all by myself) a RMH after hosting a workshop with Erica and Ernie.  The photo is of them testing it out.
Erica-joining-Ernie.JPG 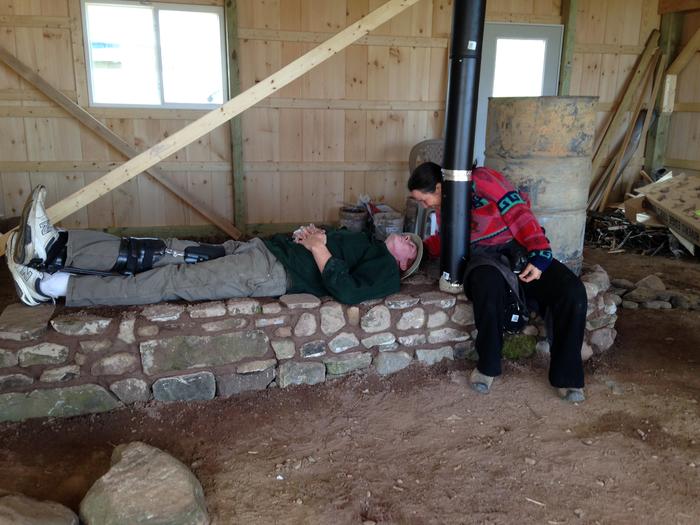 posted 2 years ago
If they want to visit us in France they're welcome LOL. It was the set of DVD's that made my husband say 'YES" in 2015. Best thing we've ever built together.