Anyone else pulling their hair out over this years garden?!

posted 5 years ago
Wahoo! Three heavy hailstorms so far today, and more forecast for tomorrow. My yard was literally white with stones, the largest of which were equal in diameter to a nickel. My sorrel was exposed and got shredded, but the rest fared fine. It seems bird netting is strong enough to bounce hailstones away from the plants. I'd never have thought that unless I'd seen it myself. I'll definitely be buying more. What a simple solution!
Tyler Ludens
pollinator
Posts: 11842
Location: Central Texas USA Latitude 30 Zone 8
1163
I like...

posted 5 years ago
That's great about the bird netting!  Keep an eye out for snakes and squirrels getting caught in it - we initially tried using it to protect plants from deer, but these other critters got stuck in it....

posted 5 years ago
I might actually benefit from plants that leap from the ground at varying speeds. Something I keep in the back of my mind about my first year growing tatume, is how it grew less than the full spread of a dinner plate during the first two months after I planted it, but shot off like a rocket when the weather cooled.

Maybe some of the slower growing plants above ground are devoting their energy to more root production so that they will survive our summers better while preparing for a strong fall crop. In my region I have enough time to allow that fall fruiting. With enough variation in growing speed, I could see getting the benefits of successional planting while only having to plant once. Of course, experience may eventually lead me to decide that's an insane notion.

The concept is at least a good example of how much difference the region you live in can have on what you look for in a crop. From the sound of things, you're lucky if you get one full growing season from your year, Joseph. My region gets 3 or 4 overlapping growing seasons, if you plan your crops properly.

posted 5 years ago
We are very fortunate for our long growing season, if we can just get some things through the Summer.  In a year with a warm Winter and a cool Summer, we can grow year round.  My Fall and Winter garden is often my best, Summer garden usually but not always, my worst.  I'm definitely focusing on Fall at this point, and will be preparing some planting areas with shade cover to get some things started.  It's hard to get seeds to sprout now without shade, because the hot soil cooks them.

posted 5 years ago
Tyler: Do you have sufficient water to create a forest garden? It would mitigate the intense summer conditions, and could provide you some personal comfort as well.
Tyler Ludens
pollinator
Posts: 11842
Location: Central Texas USA Latitude 30 Zone 8
1163
I like...

posted 5 years ago
Thank you, Chris.  I'm working on a forest garden in an area with established tree canopy, but it is in just the beginning stages.  It may turn out the forest garden is a good place to grow vegetables in summer, with the kitchen garden a better place for winter vegetables.

In my garden, snow covers the ground about 116 days per year. (Some crops appear to grow under the snowcover).
My generally frost free growing season is about 78 to 100 days.
I get about 85 days of frosty weather in spring where some crops thrive.
If I paid close attention to dates and variety selection, I might could get a fall crop on some things (If I didn't plant anything in that space in the spring.)

Agriculturalists generally select for seeds that germinate when they are planted. (Germination inhibitors have been eliminated.) It's hard to grow a crop if you don't know when or if the seed will germinate. For example, when I planted hazelnuts, a few of them germinated the first spring. About 4 times as many germinated the second spring. One time when I was growing watermelon, I included some non-domesticated varieties in the planting. They released pollen, and I got "hard seed" that doesn't germinate like normal. The seed might take a few months to germinate. It might germinate in a few days. It's hard to farm row-crops like that. Having a crop that hedges it's bets during germination could be really valuable in a helter-skelter forest garden. Cause if the seed gets planted at the wrong time, there may be a reserve of hard seed to try germinating again later.

posted 5 years ago
After some angst caused by the main kitchen garden becoming infested with ground squirrels I'd say my garden is magnificent. Tomatoes are forming. Corn is chest high (a marvelous feat for this area) etc, etc.

Biggest garden issue for me the past few years is the learning curve between different climates & soils. Gardening in TN is different than TX. Some things are similar, others are very different.


Those chiltepins especially were really hard to get going, but I have managed to keep them and their progeny alive and thriving for years at a time in pots that I over-winter (I take a few pods from each every year and start new plants to replace the older ones after a few years so they never wear out and they keep adapting to our conditions.)

These muy caliente beasties were perennial & grew wild in my TX backyard. They are annuals here & only a few have lived long enough to produce viable seeds. Earlier today I started some in containers for growing indoors this winter. Will transplant some outside in the spring & keep some in containers year round. Need to harvest a fresh batch of seeds. Ultimately would like some that will survive winter here. That's a stretch but I'll settle for nothing less than fresh peppers & seeds every year.

posted 3 years ago
Winter 2017 into 18 totally destroyed 7 Bottlebrushes (Callistemon) even my matured standards that had gone through some winters and that totally broke my heart with the care that went into them, all those was replaced and then a summer came with extreme humidity..the hose was going every 2 days to keep plants surviving.


I only pray this winter isn't so bad with new plants put in through the year and quite a few are still in flower now in October..never had that before and now we've been hit with storm Callum.


My lovely Bottlebrushes I lost 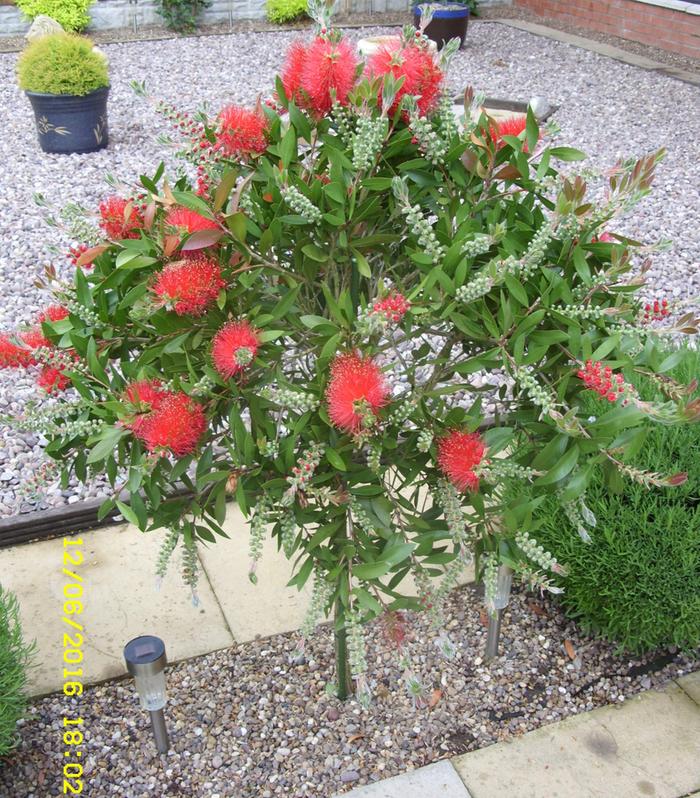 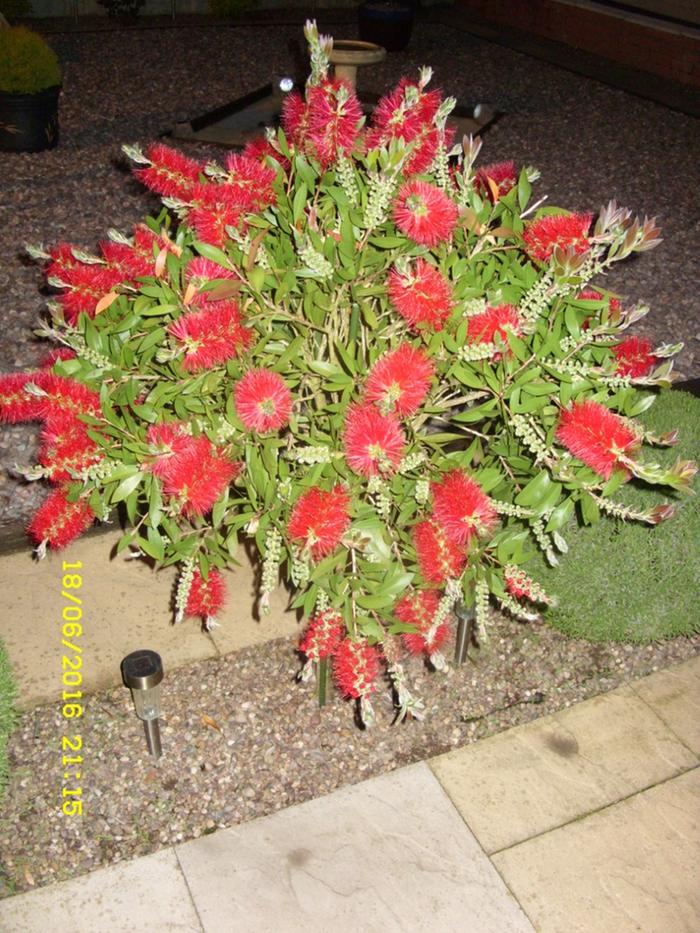 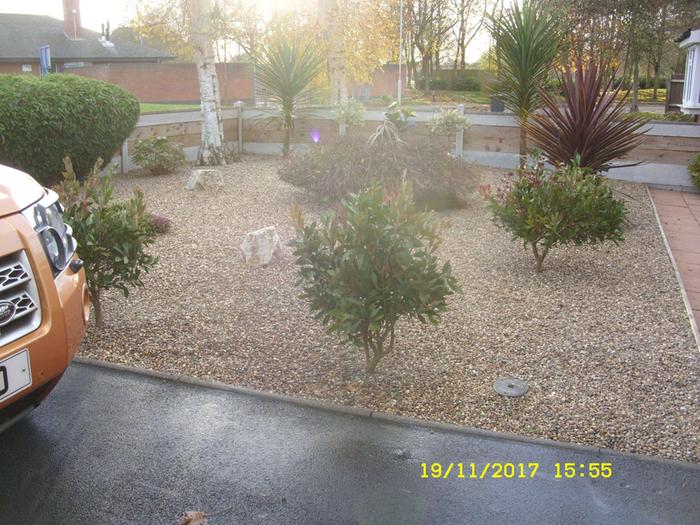 They say a 1 degree C rise will put 5% more moisture in the atmosphere. Some places will be drier, some wetter as patterns change. Well, the wetter then get more than the 5% extra per degree taking the shortfall of drier areas.

Last season rained almost every day. Many crops failed due to sitting in heavy clay with no relief from the water. Solanaceae were mostly a write off, the few potatoes harvested were small and waxy. It was unusually warm too, so bananas fruited all over the area, which typically don't. Taro corms grew large and fat, sweet potato fared well though needed to be harvested young or slugs started on them. Butter cups migrated into lawns, gardens, all the new boggy bits announcing the arrival of unwanted acidic conditions. Heartrot began killing my largest tree. A large bough flattened the chicken coop, a crumple zone design saved the birds who were as little traumatised but fine.

I'm making a lot of raised beds. I'm adding heavy mulch so as to minimise watering. I've added irrigation and drainage to totally rethink the site and set-up of the berry garden. Productive trees are being reassessed to see if each has drainage, new drains are being put in. New tree plantings are being paid utmost attention. Yesterday I threw about a litre of (largely) home grown seed from many plant families over a relatively small area in zone 2, nature can show me what's to grow, I'm making too many mistakes.

posted 3 years ago
^^this is where we are right now. Spring has just barely begun, although the thermometer has us firmly still in winter and it has rained for 23 of the last 25 days. I planted a whole bunch of things that are, while well watered, probably destined to become slime mold if we don't finally get some sun. (harrumph)