posted 5 years ago
I've got a horse chestnut tree growing by a ravine that's the only one like it on the property.  In fact, I haven't seen another one like it anywhere in this county.  And it's only about twenty years old.  Where did the seed come from?  It's pretty big to be carried by a bird, and it's not in a good place for water transport.  And it didn't fall off a bigger tree, that's for sure.  Unless...it was in the "seed bank" in my soil for so long that the "bigger tree" has died and rotted away, or was burned decades ago when the land was cleared for pasture.

The seed bank in our soil is amazing.  I am always astonished by the things that come up when you disturb ground and then watch what grows.  And of course the seed bank is amazing because seeds are amazing.

Case in point: back in 2008, there was a lot of excitement when an Israeli researcher successfully germinated a date palm seed found at the site of Masada (where the Romans killed all those rebels).  It was a big deal because the dates in question have subsequently gone extinct:

Scientists have grown a tree from what may be the oldest seed ever germinated.

The new sapling was sprouted from a 2,000-year-old date palm excavated in Masada, the site of a cliff-side fortress in Israel where ancient Jews are said to have killed themselves to avoid capture by Roman invaders.

Dubbed the "Methuselah Tree" after the oldest person in the Bible, the new plant has been growing steadily, and after 26 months, the tree was nearly four-feet (1.2 meters) tall.

The species of tree, called the Judean date, (Phoenix dactylifera L.), is now extinct in Israel, but researchers are hoping that by reviving the plant they may be able to study its medicinal uses.

The seeds were excavated about 40 years ago, along with skeletons of those who died during the siege. Since then, the seeds had been languishing in a drawer until Sallon and her team decided to attempt to grow them anew.

They turned the project over to plant specialist Elaine Solowey at the Arava Institute of the Environment in Kibbutz Ketura, Israel. She pretreated the seeds in fertilizers and hormone-rich solution, and then planted them. So far, Methuselah is the only one to sprout. 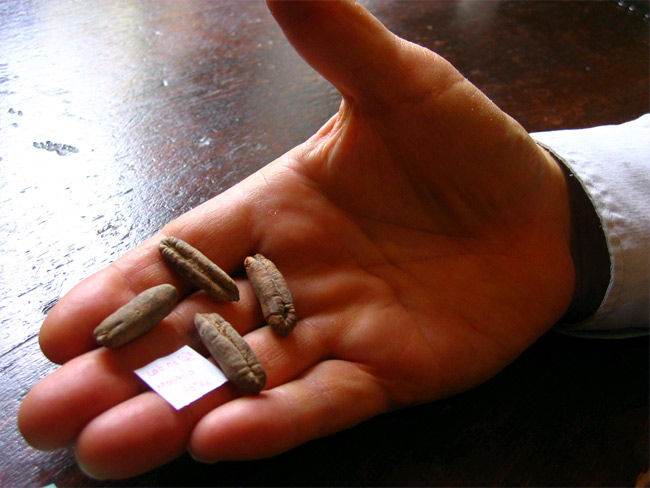 I got curious how the tree was doing, and it turns out, it's doing really good!  It's ten feet tall and making viable pollen.  There's no current photo (just one from about the time of the first article)  but the even better news is that the same researcher has germinated seeds from other excavations and has female trees growing now also:

A male date palm tree named Methuselah that sprouted from a 2,000-year-old seed nearly a decade ago is thriving today, according to the Israeli researcher who is cultivating the historic plant.

"He is a big boy now," says Elaine Solowey, the director of the Arava Institute for Environmental Studies at Kibbutz Ketura in Israel.

"He is over three meters [ten feet] tall, he's got a few offshoots, he has flowers, and his pollen is good," she says. "We pollinated a female with his pollen, a wild modern female, and yeah, he can make dates."

In the years since Methuselah first sprouted, Solowey has successfully germinated a handful of other date palms from ancient seeds recovered at archaeological sites around the Dead Sea. "I'm trying to figure out how to plant an ancient date grove," she says.

To do that, she'll need to grow a female plant from an ancient seed as a mate for Methuselah. So far, at least two of the other ancient seeds that have sprouted are female.

If Solowey succeeds, she notes, "we would know what kind of dates they ate in those days and what they were like. That would be very exciting."

Genetic tests indicate that Methuselah is most closely related to an ancient variety of date palm from Egypt known as Hayany, which fits with a legend that says dates came to Israel with the children of the Exodus, Solowey says.

"It is pretty clear that Methuselah is a western date from North Africa rather than from Iraq, Iran, Babylon," she explains. "You can't confirm a legend, of course."

In addition to Solowey's hopes of establishing an orchard of ancient dates, she and colleagues are interested in studying the plants to see if they have any unique medicinal properties.

The other date palms sprouted from ancient seeds look similar to Methuselah; distinguishing characteristics, Solowey says, include a sharp angle between the fronds and spine.

"A lot of people have kind of forgotten about Methuselah," Solowey says. "He is actually a really pretty tree." 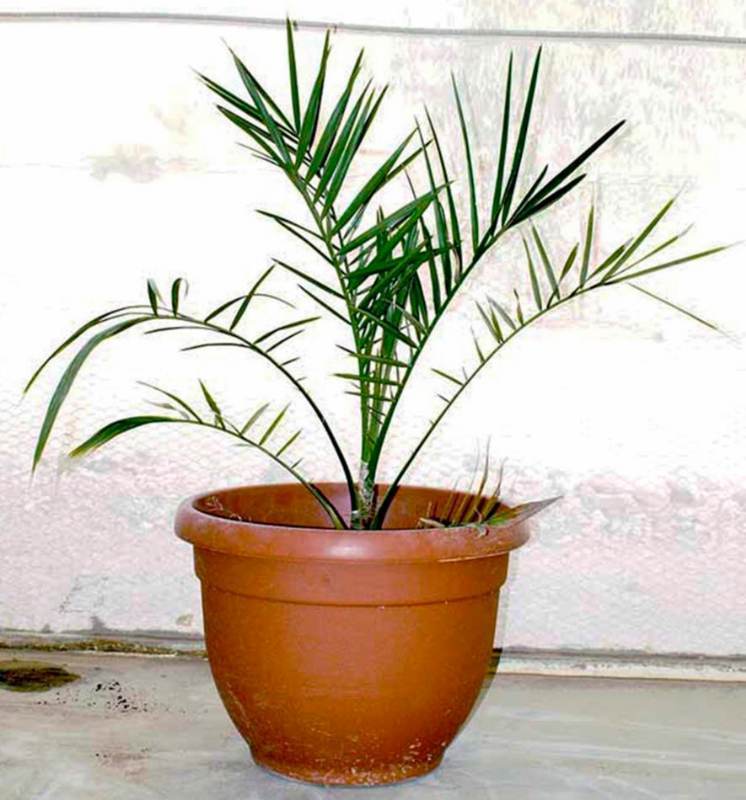 posted 5 years ago
Seeds are amazing! Thank you for sharing that article, I had never seen that before, very interesting. I always keep my seeds longer than they are "supposed" to be good for, and normally have pretty good success with them, granted they are only a couple of years out-of-date and not 2,000! Here I have things popping up all over my yard, I sometimes think the squirrels plant more than I do. I'm a big fan of free plants, but I always feel bad when one comes in that doesn't fit the space, I don't have the heart normally to kill the plant. However, I can typically find a nice spot somewhere in my city to "relocate" them to.