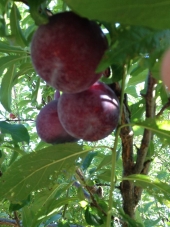 Plum de-pitting machine
For tomatoes, a quick blanch in boiling hot water makes the skins slide right off for homemade tomato sauce. I wonder if it would work the same for plums? I know it adds another step before cooking down to remove pits, but I find most of the tartness comes from the skins. Let me know if anyone tries this!
show more
1 week ago
plums 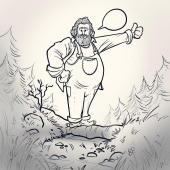 He asked me to find someone WORTHY to inherit the land he’s been working on for most of his life.  Mike pioneered some natural building designs and his land was peppered with the results of his decades of genius.  He just needed to know his projects would continue to move forward and not be bulldozed for strip malls. Mike’s estate would include several homes, vehicles, cash and a strong income stream from his books.


"He asked me to find someone WORTHY to inherit the land he's been working on for most of his life so it wouldn't be bulldozed for strip malls. Mike pioneered natural building designs and had projects, homes, vehicles, and other assets that he wanted to know would continue to... something something represent his values?" Struggling with the wording here.


Each year in the US, millions of acres of farmland are abandoned.  Even more land is converted to urban sprawl. Could we, instead, connect those acres with people that want to build a better world?


I would move this part up after the first paragraph. It makes more sense to me in the flow.


Over the years, Mike had more than 100 interns but NONE of them made the cut! Mike needed MORE than what any of them brought to the table. SKIP is about bridging that gap.


"Over the years, Mike had more than 100 interns, but NONE of them had everything that Mike was looking for. SKIP is about bridging that gap."


We also call that because it’s an opportunity to Skip the rat race.


"It's also an opportunity to SKIP the rat race."


The first level is about 80 tasks that can be done in two or three weeks.


I would specify that it's two or three full-time weeks. Or maybe a certain number of hours.

EDIT: Whoops, I didn't scroll down far enough before replying! Glad to see it's finished!
show more
5 months ago
crowdfunding 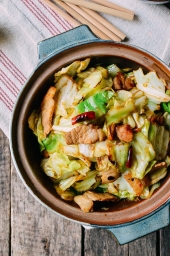 Cook a Stir Fry - PEP BB food.sand.stir
Cooked this a couple days and just getting around to posting it, so let me see if I can remember what I put in it.... also, don't mind the cookies! 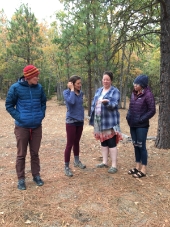 Start a Cottage Industry from your home - PEP BB Commerce.sand.cottage
I have a similar question to Julie's. I teach at my home and at students' homes (or, I would normally, but you know, pandemic). I have proof of travel teaching, but not in my own home and I probably won't be having students over for a while still. Would this count or should I wait?
show more
5 months ago
pep commerce

2021 SKIP book kickstarter video script
Personally, I find the use of the word “accomplishment” to refer to badge bits to be potentially ambiguous - are they people’s accomplishments or are you saying the SKIP/PEP system is accomplishing a lot? I could see it not being interpreted as intended by people unfamiliar with the system. Maybe a brief word about the way proof/documentation of tasks happens?

“I came up with the idea of making a list of things people could accomplish that would impress Mike and people like Mike. Things that people could document to prove their worthiness.

I posted the list and submissions of proof started pouring in. Bigger lists led to more submissions and accomplishments, and more people getting closer to their dream of owning land.”
show more
5 months ago
crowdfunding

PEP BB nest.sand.kitchen - Clean a Kitchen
Wiped down with the leftover soapy water from washing dishes (biodegradable Palmolive dish soap from my dish washing BB), then rinsed off with just water. Used a bit of baking soda to scour the stovetop. I’m honestly impressed by how well that works. I don't have a dining table right now, so I cleaned the coffee table instead.
show more
6 months ago
pep nest

Sew on a button - PEP BB textile.straw.sewbutton
Had a couple loose buttons on a jacket that required sewing before they fell completely off.
show more
7 months ago
pep textiles

BB20 Certification - Apply, Boast, and Certify Here
I was reviewing my PEP stuff tonight and discovered I have juuuust over 20 certified BBs and a few more on the way! Super excited and indeed interested in the Sepp Holzer grains if they’re still part of the deal.

Cook Grain on a Stove Top - PEP BB food.sand.grain.stove
I've always cooked rice in a rice cooker, so this was a first for me, oddly enough, though I used to eat rice every day.
show more
7 months ago
pep food prep and preservation

Dry raspberry leaf for a tea, infusion or decoction - PEP BB medicine.sand.dryraspberry
My friend had raspberries that did really well this summer! Tried to stay to the smaller leaves that were still fresh since I was harvesting really late. We’ll have to see what they taste like - hopefully not too bitter.
show more
7 months ago
pep natural medicine