posted 1 year ago
Approved submission
Cooked this a couple days and just getting around to posting it, so let me see if I can remember what I put in it.... also, don't mind the cookies! 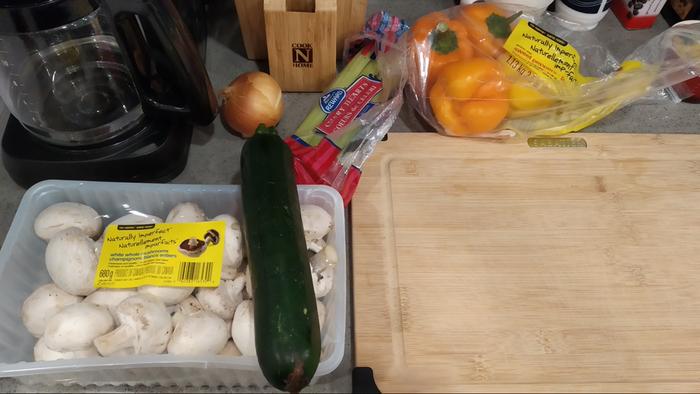 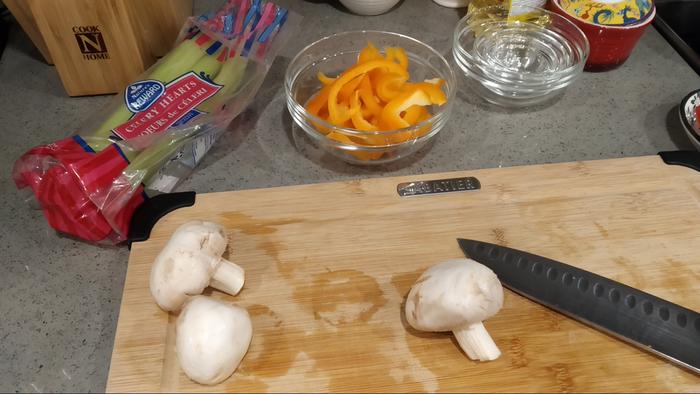 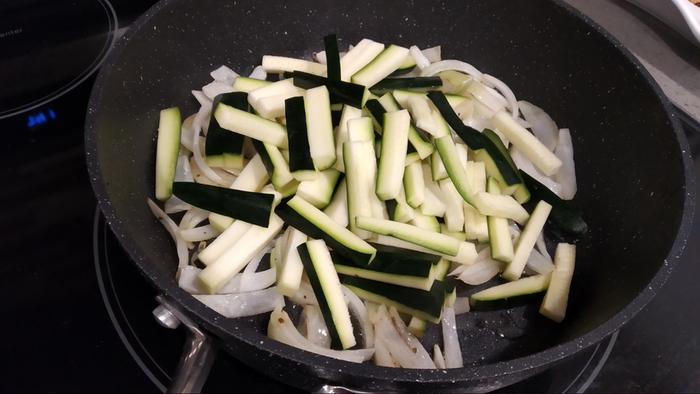 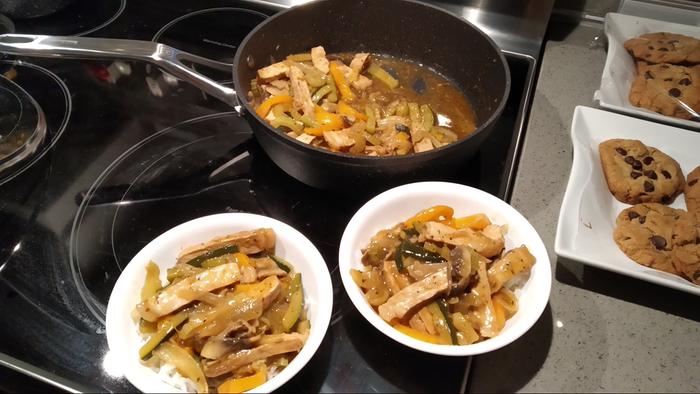 posted 1 year ago
Approved submission
Stir fry is a great way to use up odds and ends in the refrigerator,  or ingredients that are past their prime. I am using some freezer burned chicken, carrots, some bell peppers that got forgot about, half a head of cabbage, onion, garlic, and a zucchini.

My eight year old son like to chop, so he helped a lot with the prep. Used some bragg's amino acids, oyster sauce, and fish sauce to season and served over jasmine rice.

posted 1 year ago
Approved submission
I really like Americanized Chinese food, so that's the flavor that I was going for with this stir fry, and it turned out delicious! The green onions were cut fresh from the onions I have growing. I was originally going to serve the stir fry with rice, but forgot to get it started until the stir fry was almost done, so I threw in some leftover noodles from the fridge and it worked just fine.

I cooked the minced garlic and chopped fresh ginger in the oil until fragrant, threw in the pepper, onion, and carrot and let them soften, added chicken, soy sauce, spices, and some salt and pepper, and let that cook until the chicken was done. Then I threw in the noodles and cooked until they were warm, and stirred in the green onions. My partner doesn't ususally like Chinese food and even he liked this, and it made enough that we could both have seconds.
ingredients.jpg
chopping.jpg
vegetables.jpg
finished.jpg
bowls.jpg

They/them. Autistic and disabled permie newbie in zone 6a.

For future reference ... if a few days go by & a BB hasn't been approved or rejected please use the report button so it doesn't slip through the cracks for too long.

posted 1 year ago
Approved submission
It's time for a stirrr fry!

Was inspired by one of the videos for the sauce. I used the rest of my soy and finished off some leftover soy packets in the fridge, so added some of the spices that were with it to. Mixed all the saucey stuff up, fried it up, and served!

Earn some extra cash through your Internet searches: https://appview.inboxdollars.com/?rb=78069001&ref_src=link

posted 1 year ago
I made a stir fry! Here are the ingredients: 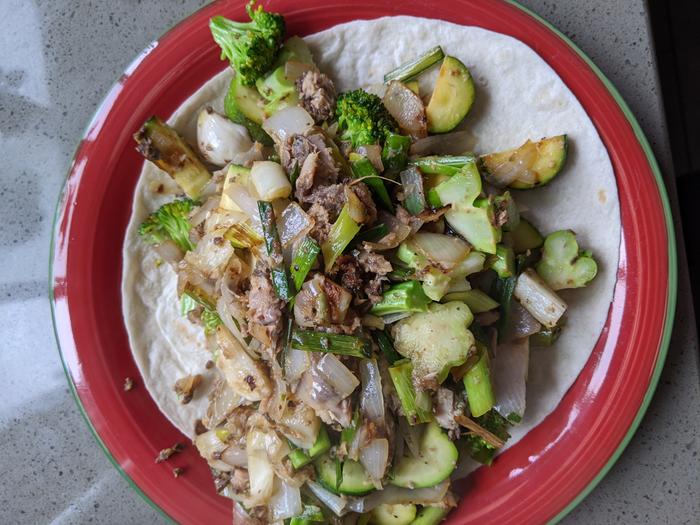 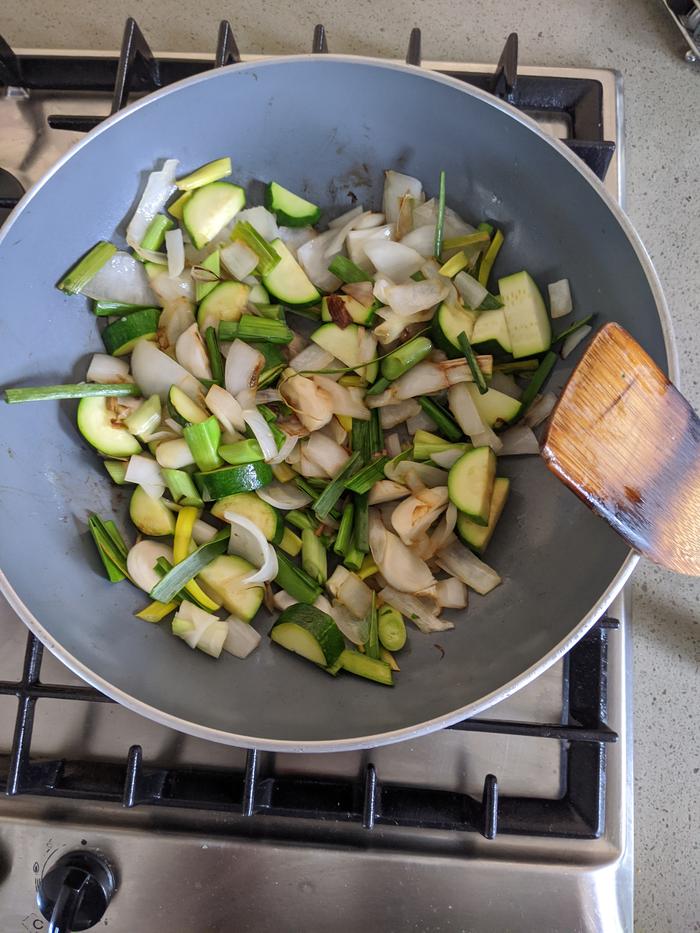 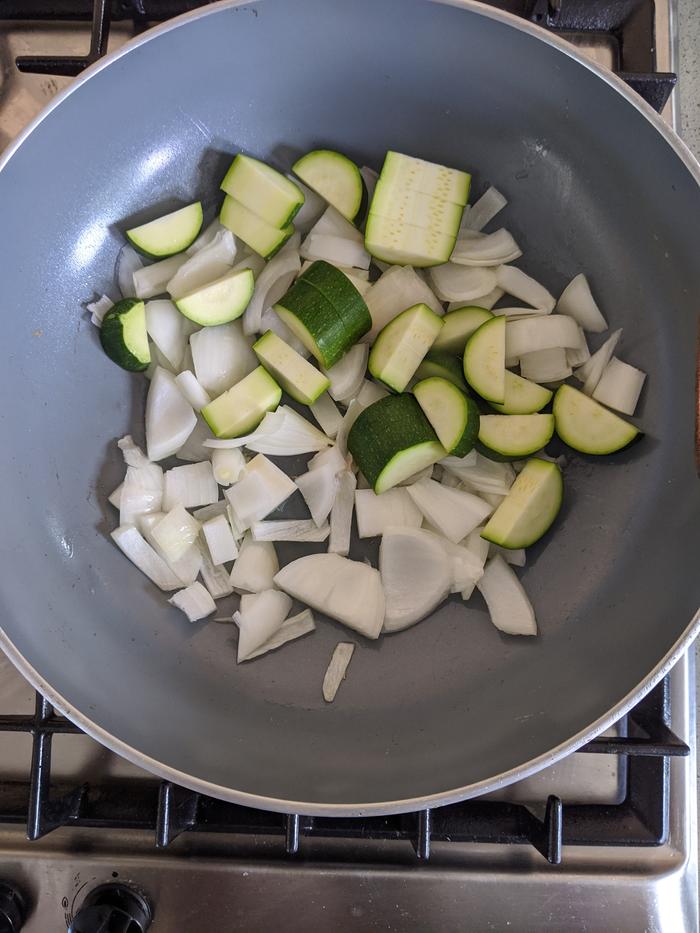 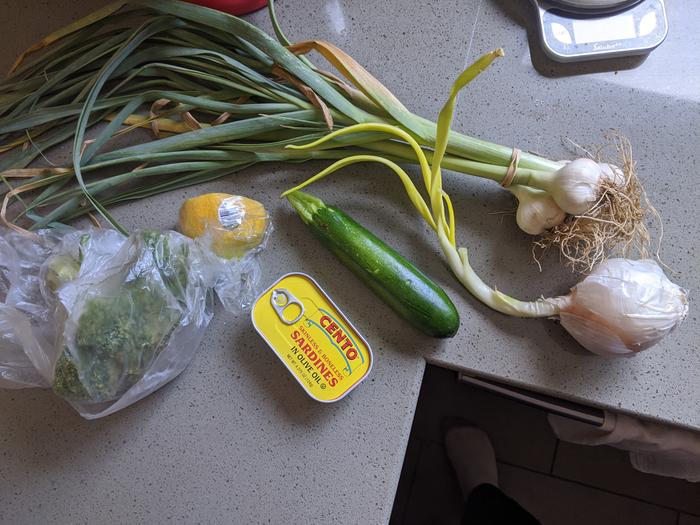