patrick knight
Posts: 2
posted 6 years ago
I
know construction wood is not ok to burn in a wood stove but what about farm fence posts I'm sure they'll have been treated chemically as well. Any ideas? Patrick knight (UK)
Dan Dronberger
Posts: 75
2
posted 6 years ago
they would be treated with one of two things. creosote or pressure treated.

creosote the wood would be black and stink like railroad ties. Bad sht never burn it.

pressure treated wood has a green tent to it. Not positive but I think it's an arsenic based poison. Also bad sht.

What makes you think they were treated?
patrick knight
Posts: 2
posted 6 years ago
Thanks for your replyDan. I assumed that they were treated in some way as they would be standing in the open in all weathers, planted in theground. Of course they are very weathered so they have no colour or smell to them now. I suppose my question should have been -- Are farm fence posts treated with chemicals (in the UK). Thanks for any advice. Patrick Knight
C. Letellier
pollinator
Posts: 475
Location: Greybull WY north central WY zone 4 bordering on 3
112
posted 6 years ago
Actually there are way more treatments than those. Copper arsnic is another one. Probably the next post common one in the US is Pentachlorophenol commonly called Penta. It can be mixed with oil or water for treating the wood. Really common in treating power poles. The most common poor mans answer for treating posts was to stand them in a barrel of oil deep enough to have the part that was buried oil soaked. If you expose the base of the post you can usually see that one in the wood.

That said older fence posts stand a good chance of not being treated. There are numerous woods that are more rot resistant and often used without treatment. Red Cedar is the most common one in this area. We are fairly dry so rot is less of a problem but I am approaching 50 and I am aware of posts that looked old when I was a child so they probably are nearly 100 years old and still holding.(assuming they were put in some time in the 30 years after the area was homestead. In a wet climate the results won't be as good but the good woods untreated should still be good for a couple of decades in most cases. Osage orange, black locust, white oak, redwood are other common woods consider rot resitant and likely to be used for posts. If you can identify the wood as one that is naturally rot resistant there is less chance it will be pressure treated. Then look for dark staining in the buried zone as it is a symptom of both oil and some penta treated posts. Those are your best guess for trying to figure out of the post is treated. They are not guarantees simply the best you can do without a lab testing each post.

Kenneth Lemke
Posts: 5
posted 8 months ago
I got some old fenceposts at my recently purchased farmette. I would like to burn them, but not sure if they are safe for burning. Can someone tell me if it is treated lumber? I cut a piece off to see the inside. I included a couple pictures here. So please let me know if you can. Thanks.
20201024_100738.jpg 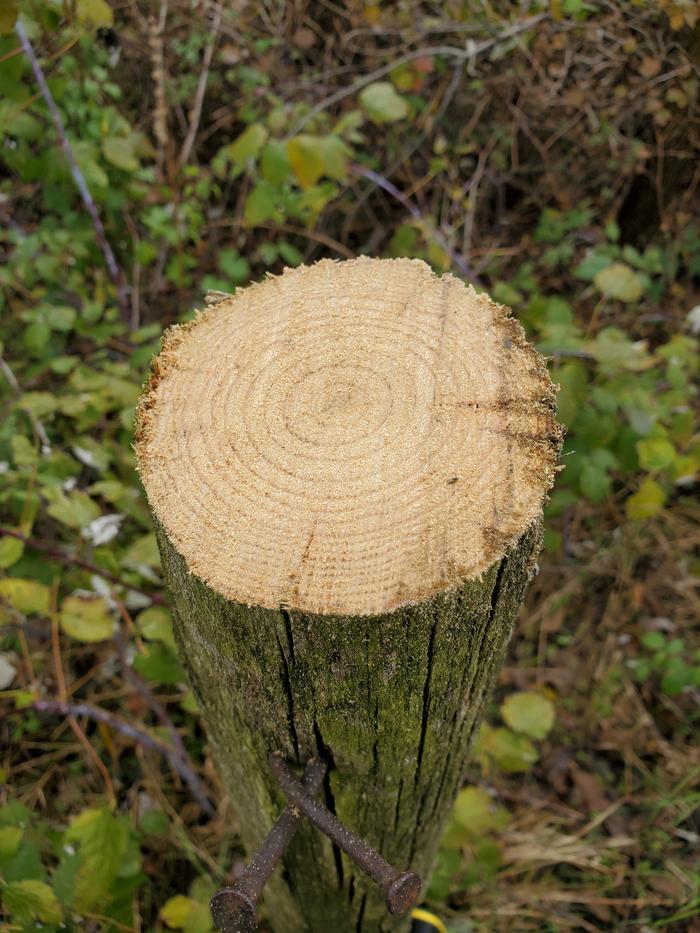 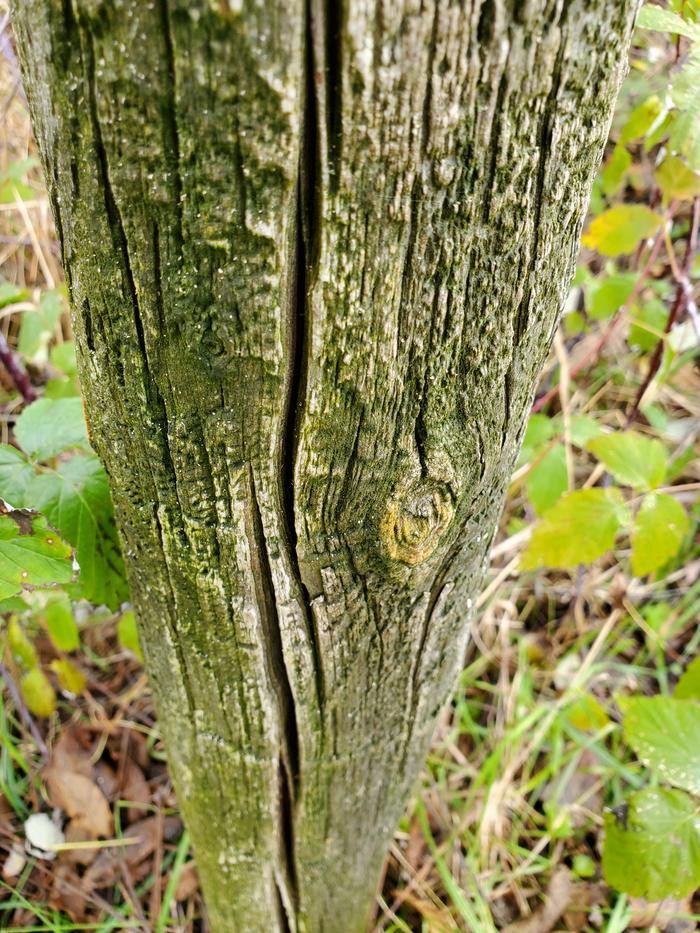 posted 8 months ago
Any treated posts that I've seen when cut clearly show the soak line of how deep the copper/preservative has gone in. Varies around 1/2". Don't see that in yours.
Some treated posts have little punctures in them which helps allow the preservative to penetrate.
Also, the outside wood looks quite weathered which is something treated posts don't typically do this much.
Perhaps your posts are made from a species of wood that resists rot?
Does the wood have a smell when freshly cut? Smell like wood (perhaps cedar or locust) or smell like chemicals?

Kenneth Lemke
Posts: 5
posted 8 months ago
It does have a strong scent for sure, which surprised me considering how old it is. But I cant tell if it is a natural or chemical scent.
bruce Fine
Posts: 955
32
posted 8 months ago
the kind of still look pretty solid but instead of burning they might come in handy for other uses like borders for walkways, raised bed for ornimentals, who knows where they might come in handy on a homestead. once they are burned they are gone and if they were treated it was a long time ago and there's no telling what they might have been treated with.
Kenneth Lemke
Posts: 5
posted 8 months ago
The green color is what most concerns me, but it is in a wet area so the green could be mold. However, since it is in a wet area I'm really surprised that it has held up so well and that makes me concerned that it is treated.
Skandi Rogers
pollinator
Posts: 1879
Location: Denmark 57N
476
I like...

posted 8 months ago
Our treated posts look exactly like that when cut by how weathered it is and the fact it hasn't fallen over yet I would say that was treated. any bought fenceposts here are treated, untreated wood will only last 3-4 years in the ground.


What are your fenceposts treated with?
Skandi Rogers
pollinator
Posts: 1879
Location: Denmark 57N
476
I like...


What are your fenceposts treated with?


Copper of one sort or another most likely Copper Naphthenate though it's hard to tell on old fenceposts, and I don't have any new ones to check the labels on.


What are your fenceposts treated with?


Osage orange post in Iowa, Neb,Ks will seemly last forever.  They certainly aren't straight and won't take a staple or nail.  Here in Wisconsin, white oak posts last the  longest.  My dad planted some posts, and 35 years later they were still standing.  Then he got some tamrack and they barely last more than 3 years.
John F Dean
master gardener

posted 8 months ago
In northern MN there are cord wood roads made of Tamarack logs that have been there for many decades ....probably put in during the depression.  I do get the impression that there is not a uniform definition of what Tamarack is across the country.