Ron George wrote:Bear with me on this, because maybe I am talking out my azz-- As I understand it, the drum "pulls" the heat out of the initially hot exhaust, allowing it to cool enough to descend instead of rise,,, so with that in mind, I would weld cooling fins on it. Granted, it would not have the asthetics (sp??) that some would like, but it would create more surface area to pull heat out of the exhaust, and if done neatly, would at least break up/disguise a crappy old barell. Someone with the right fabrication and artistic skills could make something pretty nice I bet.

Although personally, I like the idea of punding some artwork into the barell- I am envisioning skulls n demon faces looking like they are trying to break through from the inside of the barell, but I doubt I have that kind of talent.

I think you may be onto something, increasing the surface area by making an accordion like bends in the material that will go around the barrel. This could also be made out of copper and when done would look pretty nice. Being an electronics type cooling fins popped into my head as soon as I saw your post.
Logan Simmering
Posts: 66
posted 9 years ago
I thought you all might be interested in the wide, wonderful world of industrial suppliers

I'm not sure exactly what qualities are needed for RMH's but But I bet if you looked around, or contacted suppliers you could find just about anything you needed
allen lumley
pollinator
Posts: 4154
Location: Northern New York Zone4-5 the OUTER 'RONDACs percip 36''
63
I like...

Gianni Henny
Posts: 4
1
posted 8 years ago
Hi - just sharing a couple of ideas that may not be so great.. but I'm sharing anyways!

The first idea that I had: If you can find a way to hang a steel ring or octagon around or above the upper edge of the barrel, you could use metal or glass beads strung on wire (or even chain) and hang them (similar to "hippie beads" that are hung over doorways). You could even secure the bottom edge of the wire holding the beads to the side so that they hang at an angle for a different effect.

The second idea that I had: How about a stained glass shield or "wall" constructed around the barrel (with a gap between the barrel and the wall)? Not sure how far away it would have to be? Without a light source behind it, it may not show much. You could probably even build the base into the cob. Possibly you could have holes spaced through the design to let heat out. I don't know if this is possible, and it sounds expensive. It would also be something that may be difficult to clean.

The third idea I have: well, this idea is very vague, but how about some kind of decoration using magnets? You obviously wouldn't cover the surface of the barrel completely, but maybe you can put a design on it using smaller magnets, possibly layered in some portions of the design. This may not cover the barrel enough to make it pleasing to the eye, but it may be a direction to consider.

And lastly: Could you build lattice cob (for lack of a better descriptive word) around the barrel? You would need something to support each layer of cob, like metal poles, or maybe tiles, stones, or bricks? I envision a spiral effect with air holes between each support that holds the cob up.

I apologize that these ideas are all made with lack of experience!
Nicole Dymond
Posts: 5
posted 8 years ago
Could you paint the top half of the drum with enamel paint and then put con half way up with a tile finish? Something similar to this?? The second pic with the tree?


Ordinary enamel paint would burn off at the temperatures to which the steel drum is subject. You would have to use high temperature paint.

Posts: 3454
Location: Southern alps, on the French side of the french /italian border 5000ft elevation
180
posted 8 years ago
An idea which has been going round my head for a while, is to use old stoves, like round "godin" or other enameled euro style stoves, as a barrel, on small size systems. Sure, you would have to use stainless and superwool heat risers, but i think it could be done.

Seal the door, seal the top, cut the bottom, and lower the exhaust pipe. And you should be about done. 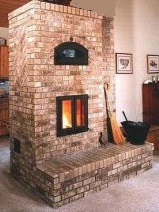 antique water heaters are very cool looking but can be very pricey, might be something to keep an eye out for when passing tag sales or flea markets

Dan Dronberger
Posts: 75
2
posted 7 years ago
The Daleks idea would definitely would be a conversation piece. Love it!

Would hammering designs in the drum cause a flow problem?

Hammering little dimples in the drum, you could make any designs you like. It would be a deafening and time consuming but some one with the gift could make some wonderful art.

Getting to the point of the purdies (not my strong point) and looking for ideas too. 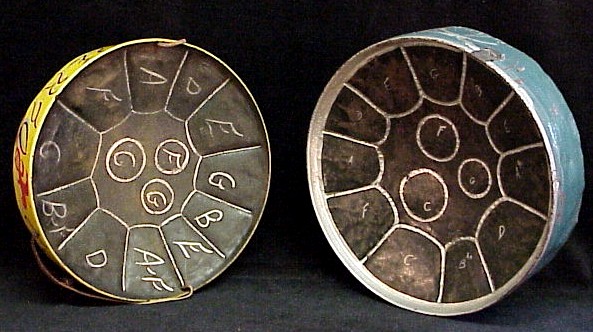 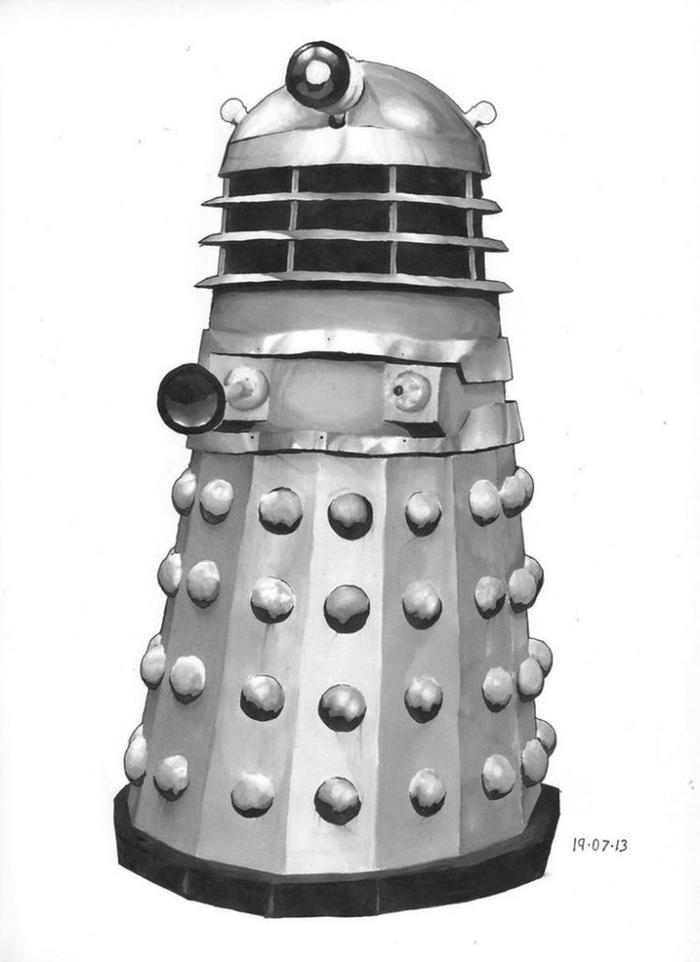 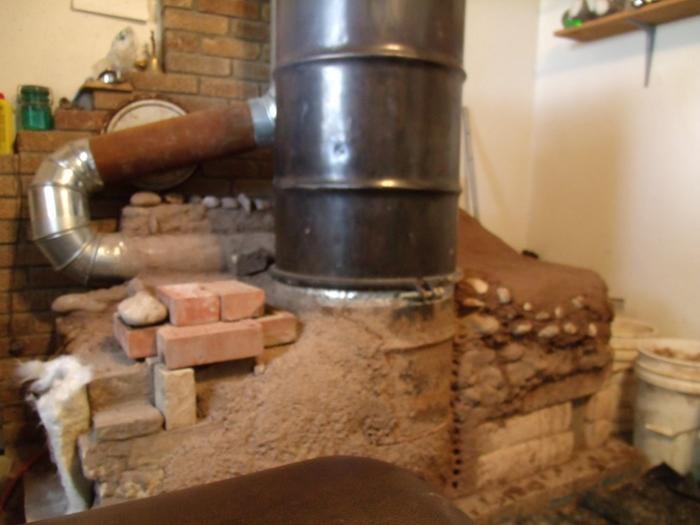 alex Keenan
Posts: 493
26
posted 7 years ago
Here is a out in left field idea for you.
I have seen some very cool looking copper coil raps.
No many of you have used copper coils to run water through to heat it.
I believe you can make a very attractive copper coil rap around the barrel.
This can be linked to a water supply
If you want really interesting you can rap the copper coils in different bare copper wires as you rap the coils around the barrel to get some very interesting patterns
If you use a mixture of colored wires you can create some amazing art.
Satamax Antone
gardener

Posts: 3454
Location: Southern alps, on the French side of the french /italian border 5000ft elevation
180
posted 6 years ago
http://www.idituri.com/modelet-te-bukura-te-oxhaqeve/oxhak-i-dekoruar-me-gure/

posted 6 years ago
Here, let me embed that for you, Satamax. 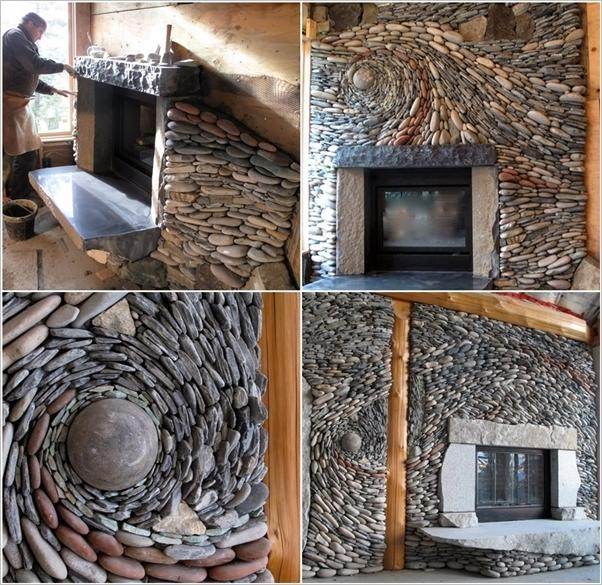 Posts: 3454
Location: Southern alps, on the French side of the french /italian border 5000ft elevation
180
posted 5 years ago

Satamax Antone wrote:It could even be done with normal bricks

Or even a "latice" of bricks, so there's gaps between theses.

Brick lattice. I found this on facebook, and thought, this is the perfect illustration of a brick lattice which would go around a barrel. 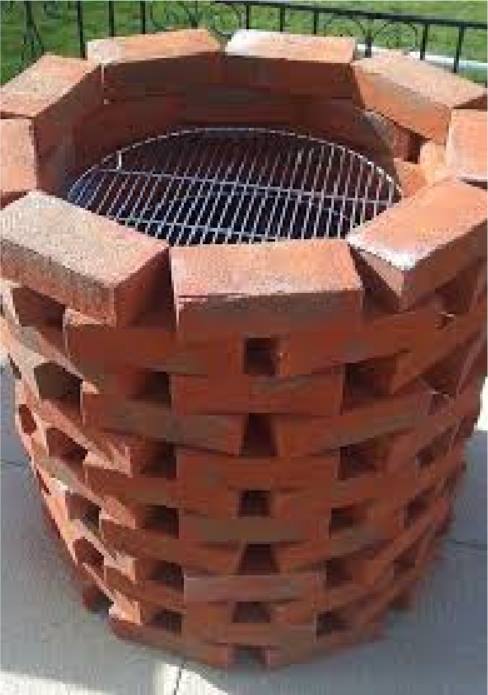 posted 5 years ago
Back when all the hard hats out there were still made of metal people used to turn them into amazing works of art for things like retirements or to commemorate the death of a worker.  Some people still have them custom made but I don't think it's quite as popular a thing to do.

I've always thought that you could make a beautiful barrel this way but it would be a labor of love, I imagine it taking a very long time to do an entire barrel.  Maybe do a few decorative rings instead of the whole barrel. 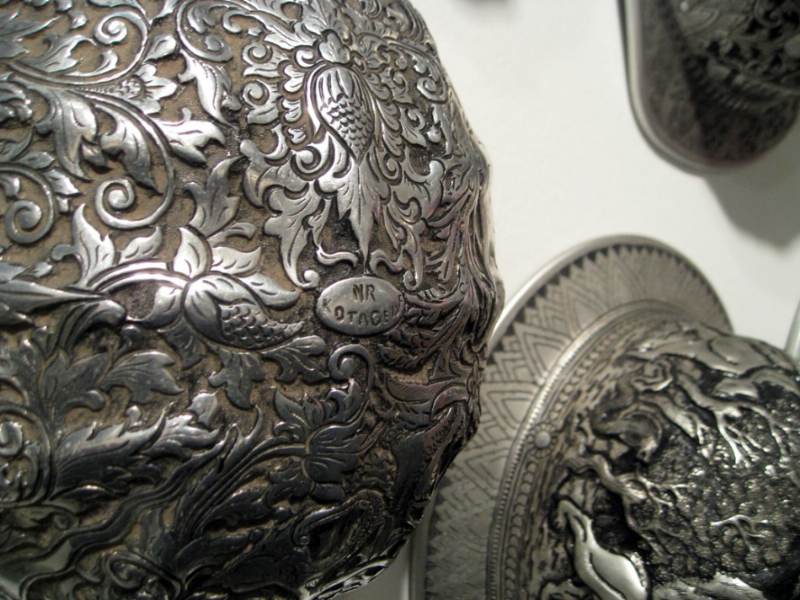 
I guess the proper term for this type of art is repousse and if you search for it online you can find some absolutely amazing examples of it.


"Instead of Pay It Forward I prefer Plant It Forward" ~Howard Story / "God has cared for these trees, saved them from drought, disease, avalanches, and a thousand tempests and floods.  But he cannot save them from fools." ~John Muir

Posts: 3454
Location: Southern alps, on the French side of the french /italian border 5000ft elevation
180
posted 5 years ago
Yep, in french. It's called metal repoussé.

There's tons of canon shells which have been done in trenches.

Posts: 3793
Location: Upstate NY, zone 5
315
4
posted 5 years ago
Repousse is fun, though I haven't tried it in steel. You would probably need special hardened tools if you wanted them to keep their shape... maybe old masonry chisels ground to shape for the designs you want. You would also want to anneal the barrel before starting: heat it all to a dull red heat and let it cool slowly, so it starts out as soft as it can be. It will harden and get stiffer and more brittle as you work it.
Thyri Gullinvargr
gardener

posted 5 years ago
I just passed this along to my partner who has a Master of Fine Arts in metal work. He's definitely done repoussé and chasing and he used to work on medieval armor, the real stuff. I don't know if he'll be interested in replying or not, but I'll pass along whatever he has to say.

"Your thoughts are seeds, and the harvest you reap will depend on the seeds you plant." - Rhonda Byrne

Bena Mairt
Posts: 10
posted 4 years ago
Did anyone ever try any of these ideas? Pics please!
Would mosaics be possible or would it affect the functionality of the drum?
Would wrapping copper coil around the drum (as Alex Keenan) suggests affect it by drawing heat out more? Would it be a problem?

Joshua A Smith
Posts: 2
Location: South Carolina
I like...

posted 2 years ago
Hi, new here...
Has anyone tried the "brick lattice" idea? Does it allow the barrel to shed heat or does it act as an insulator? If it insulates too much, I wonder if spacing them out and allowing for air to pass through would help. Just curious.
Satamax Antone
gardener

Posts: 3454
Location: Southern alps, on the French side of the french /italian border 5000ft elevation
180
posted 2 years ago

Joshua A Smith wrote:Hi, new here...
Has anyone tried the "brick lattice" idea? Does it allow the barrel to shed heat or does it act as an insulator? If it insulates too much, I wonder if spacing them out and allowing for air to pass through would help. Just curious.

I would try it, if i had to. But i'm not building much for others. And i have a system i'm happy with.