Should I connect my inverter to the battery or to the charge controller?

I am going to buy the last piece of my solar kit: an AGM battery (12V, 100Ah) (the other elements are: solar panel 100W, a 300W inverter and a 20A charge controller), and I am now a bit confused about where to wire the inverter.

1) According to Renogy, you should NEVER wire the inverter to the charge controller, but to the battery.

2) According to this video it is better to wire the inverter to the charge controller.

What do you recommend?

Eugene Kenny
Posts: 1
posted 1 year ago
Depending on the intended load, many 12DC/120Vac inverters draw high amps. A small 700W microwave, for example, will easily draw 1000W.  That equates to approx. 77 amps @ 13Vdc.  Because of that, the inverter needs to be connected directly to the battery (including fuse).  The inverter and battery need to be as close to each other as possible, and you'll need a minimum wire gauge size of #4.
Greg Amos
Posts: 53
Location: Colombia
8
I like...

thanks for your answer. The intended load is small: just LED lights and phone/laptop charging. I will follow your advise, and connect the inverter directly to the battery.

frank li
Posts: 600
Location: Michigan
38
posted 1 year ago
A good way to look at battery based system architecture, is that the battery is the hub or mainstreet. It is possible to lug or terminate to the inverter side of the cabling, and sometimes it could be viewed as a set of remote terminals. As long as your combined max loads do not exceed the inverter cable and terminal ratings itl be fine.

Much nicer usually, is a battery distribution panel to place everything or everything, but the inverter on. Rv marine fused terminal blocks are great. Battery terminals get crowded and there is a limit to wanting to stack lugs atop one another. Access to the terminals being out of the battery area is generally a convienience.

Depending on your layout.... 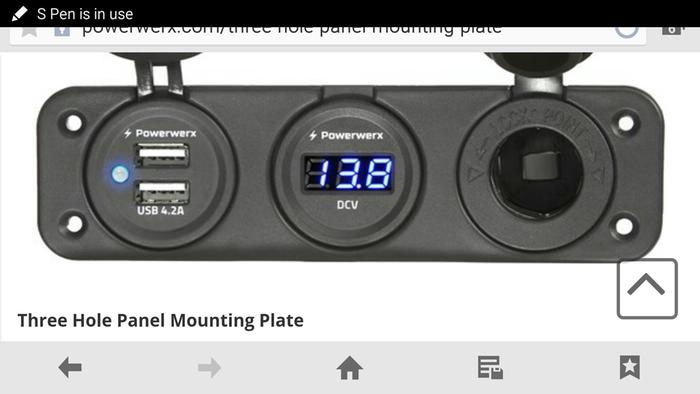 Jay Whaley
Posts: 15
Location: Hickory, Pa Zone 6a
1
posted 1 year ago
Correct me if I am wrong, I thought the charge controller had "Load" terminals, so when the batteries got to the discharge point, the "Load" could be disconnected by the controller to prevent over discharge from occurring?
If you connect the inverter directly to the battery this safety measure is by passed.

This then brings up another question, Charge controllers have an amp rating 10A thru 90A. That rating is usually in reference to the amps coming from the panels but isn't is also the amperage the charge controller load terminals can handle?

Jay
frank li
Posts: 600
Location: Michigan
38
posted 1 year ago
It could if the rating is sufficient. Most inverters, eventn the cheapest, have this feature (low voltage disconnect) already, have not seen one that does not.

s. lowe
pollinator
Posts: 527
104
posted 1 year ago
I was under the impression that it was mostly a function of the quality of the controller that dictated this. When I first put my little system together it was 1 250w panel and 3 deep cycle batteries. I used a really cheap controller that just connected the panel to the batteries and had places for loads like 12v lights, then the inverter was connected direct to the battery bank. A few years ago I upgraded my system with another 250 w panel and 4 more batteries. I also then purchased a nicer controler that I was told was made to act as the hub, directing energy to the batteries, to loads like lights that could be set on timers/light sensors, and to the inverter. This way, if I wanted to draw from the inverter during the day the controller could direct that energy directly from the panels or from the battery bank depending on the state of the system as a whole. I have found that solar system retailers are often happy to go into excessive detail with you and really down to help you cobble together a system. Obviously they are going to try to sell their wares but once I have made it clear that I am sort of janky and shoestringing this thing together my local guys have been super helpful.
frank li
Posts: 600
Location: Michigan
38
posted 1 year ago
There is no magic to getting power from the panels to go directly to the loads/inverter. If the controller is connected to the battery or any other wiring terminals on the battery line, pv power will flow to everything connected, lights, inverter, all of it.

Its like airing all the tires on your car from one point (controller) if there were a tube connecting all the valve stems (wiring), they will be at the same pressure, even if you pop a hole in one of them (inverter).

Without the battery in line, anytime the load exceeds the available pv power, the load will suffer low voltage and high current and many electronics will just go off if undamaged (LVD protection) by this treatment.
frank li
Posts: 600
Location: Michigan
38
posted 1 year ago
Very possibly, if the controller had a wide margin for current capacity, but most equipment manufacturers aay explicitly, do not do this. The inrush or starting surge of inverters or motors are not good for these as far as i know

I can see some equipment combinations being zorch-o-riffic.

I would not try to rely on the inverter lvd for this either unless its adjustable. Monitoring of the system will ensure proper operation where low-low disconnect voltages are built in. Serious inverters have programable adjustable setpoints for disconnect and re-connect.