posted 2 years ago
Another way to keep squirrels out of your garden:

posted 2 years ago
Gold. I would want to see some more air time, and maybe a big finish (freeway, dog kennel, wood chipper...(just kidding...sort of)), but this is excellent payback for all the squirrel-caused destruction I have witnessed in my garden.

I wonder if something similar could be made to work for raccoons? I'll admit, I have always wanted to see a cat-apult, but since the addition of chicken manure to my garden beds, they haven't been around as much. I guess they found a better litter box.

posted 2 years ago
On the topic of squirrel defense …

posted 2 years ago
I use a transformer from a Neon Sign one side attached to a large piece of 1/4 inch steel mesh and the other to a "trick or treat" bowl of sunflower seeds.
Squirrels get the shock of their life and it's funny to watch them do the electric grid dance.
I don't have it set up for the full 50,000 volts because I just want to teach them to stay in the forest trees instead of coming into the gardens.
We have noticed that the squirrels are the only critters that aren't afraid of our LGD's so I had to come up with something that would grab the squirrels attention.

posted 2 years ago
Is it bad that I want to see video of the Squirrel Electric Slide? Those little fuckers just won't leave my bean seedlings alone.

On a serious note, are there any guardian animals that squirrels do take seriously? I mean, they disappear whenever the Red-Tailed Hawks soar by, and I know that they are preyed upon, as I have seen, on many occasions, Red-Tailed Hawks munching on squirrel perched atop electrical poles. I am currently trying to brainstorm a way to cast a moving hawk shadow, probably a silhouette pinned to a motorised clothesline activated by motion sensor, but first I think I am going to try an outdoor speaker and motion sensor setup, with the speaker playing a hawk shriek any time the sensor is triggered.

I am also building a perch for the local hawks on a pole about six to eight feet above my third-floor bedroom window balcony garden, with an appropriate perch profile and wrapping. It will offer them a spectacular view of my raised bed garden in the back yard, and all the squirrels they can pluck from the mulberry trees and garage roof peaks.

Of course, I should think about owls, considering the raccoon population of the city I live in.

Donald Johnson
Posts: 25
Location: South of the the headwaters to the tributary at the final bend of the Monongahela River
I like...

posted 2 years ago
If you could scale this up to launch groundhogs, and somehow incorporate a self-resetting mechanism this could become something big!
In less than 20 minutes, a squirrel stole over 200 black walnuts that we intended to plant strategically as part of an attempted food forest project.
The most ecological way to deal with the squirrel problem is to set-up the ideal nesting habitat/situation in the nearest largest species compatible tree. Prune and train the highest branches as the ideal "welcome sign" for a new mating pair of native predatory raptors. Bald Eagles return to the same nesting area for life if the nest remains undisturbed, and if the tree falls, they will rebuild in the same area if the environment is healthy enough to support them.
A wonderful indicator for ecological health is stable and healthy populations of apex predators; like eagles, falcons, wolves, bears, and humans. Permaculture is basically engineering the most ideal possible natural habitat for humans. We could theoretically put our skills towards other animals well being; effectively recruiting certain wild animals to guard our food for us. This is likely how we started the domestication process that got some wolves to become dogs.
The better that humans collectively get at permaculture the more animals that will want to be our friends, as there becomes a mutualistic benefit to our interactions.

If you're readiing this discussion:
Welcome to the cutting edge of sustainable human progress.

posted 2 years ago
Multiple thoughts here:
1. I just sat here and laughed myself into a bellayache!! :D

3. I'm going for the two pronged approach of planting enough for ALL of us, squirrels included, and using the squirrels to do my harvesting (Bill Mollison's idea, I believe) by putting things that look like good places to hide nuts right where they are convenient to the squirrels, and taking a percentage of them from the squirrels. They'll stuff anything that looks good to them, just think up what would look good to a squirrel. And pay them their share.

I've read about this plan in several places, but I haven't read of anyone actually being successful with it in regards to nuts.

Does anyone know of an actual multi-year example of this "squirrel harvester" working? What did it look like?

Dale Hodgins
Posts: 9002
Location: Victoria British Columbia-Canada
670
posted 2 years ago
I have a dead fir tree that hosts Ravens and I haven't seen any squirrels in this area. So perhaps the Ravens are eating them or they have seen the Ravens and decided that that's not a great place to live. I would think it's similar with Hawks and Eagles.

These birds will almost always choose a tree that has had the top knocked off and without much branching near the top. They don't want things climbing up to eat their eggs or babies. I suppose it might be possible to create the perfect Roost, in the hope of them taking up residence. Not a good idea if you have free range chickens. An added benefit to having any sort of raptor nest, is that humming birds will Nest all around it because of the protection it affords them from crows and Jays and other things that consider hummingbird eggs a tasty morsel. Eagles don't bother little hummingbirds and they couldn't catch them if they tried.
Pearl Sutton
steward & bricolagier

I've read about this plan in several places, but I haven't read of anyone actually being successful with it in regards to nuts.

Does anyone know of an actual multi-year example of this "squirrel harvester" working? What did it look like?


I don't. I do know of squirrels packing things like electrical boxes and rolled up rugs solid with nuts. Seems logical that they'll pack anyplace they like, so I'll give them a place I like for them to pack! Then I can take a share, and check it again the next summer for any they didn't eat that can be taken as leftovers. Abundance for ALL is my goal. Including the squirrels.

Have to feed your harvest crew, ya know!

posted 2 years ago
I love watching squirrels. On the other hand, I recently finished 3 or 4 months of hard work repairing a building they damaged. Not fun. They are welcome to eat all the nuts they want. Or being hawk food. Destroying valuable assets is not an option.

Squirrel. It's not just for breakfast anymore.

posted 2 years ago
My husband love to watch our lone squirrel until it started chewing on the deer antlers.  I told him that's what squirrels do.

There are plenty of you tubes and pictures out there. 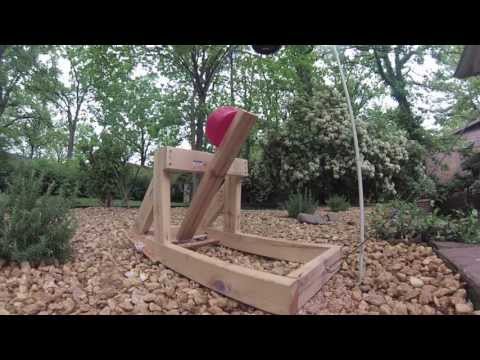 How about a squirrel obstacle course: 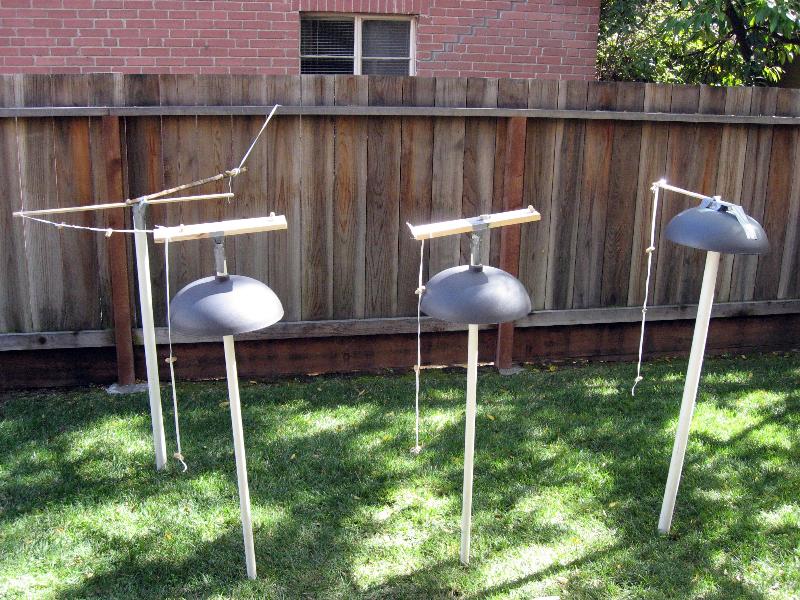 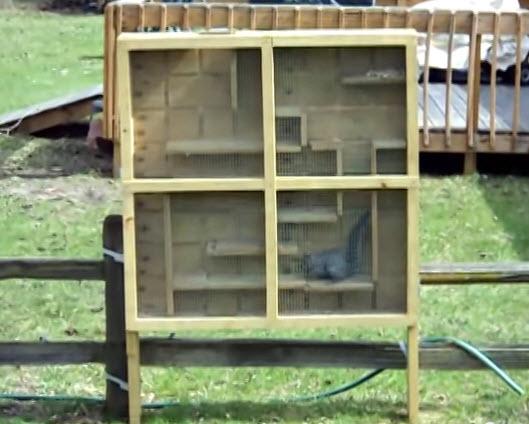 posted 2 years ago
Use a animal water activated 'sprayer' with your garden hose.