posted 3 months ago
Approved BB submission
Hello! I bake my own pizza from a sourdough starter and eat it just about every Friday (all hail, pizza night!). I've also written a 4-part series on "wild caught" sourdough, in which I cover:

1) why you should use this method to bake bread
2) how to capture wild yeast from sourdough
3) how to bake sourdough bread from a starter, and
4) how to make a pizza dough from sourdough starter.

This post is for the sand BB on baking a pizza. I follow the methods outlined in Ed and Jean Wood's book, Classic Sourdoughs, with some adaptations likely due to climate and environment. This most recent pizza night featured a pizza made with oregano, garlic scapes, and potato onions I grew myself, plus reddening lepiota mushrooms that volunteered themselves in my garden, and nitrate-free bacon from a local rancher. I don't use sauce.

First, I needed to reactivate the culture. Here it is fresh from the fridge: 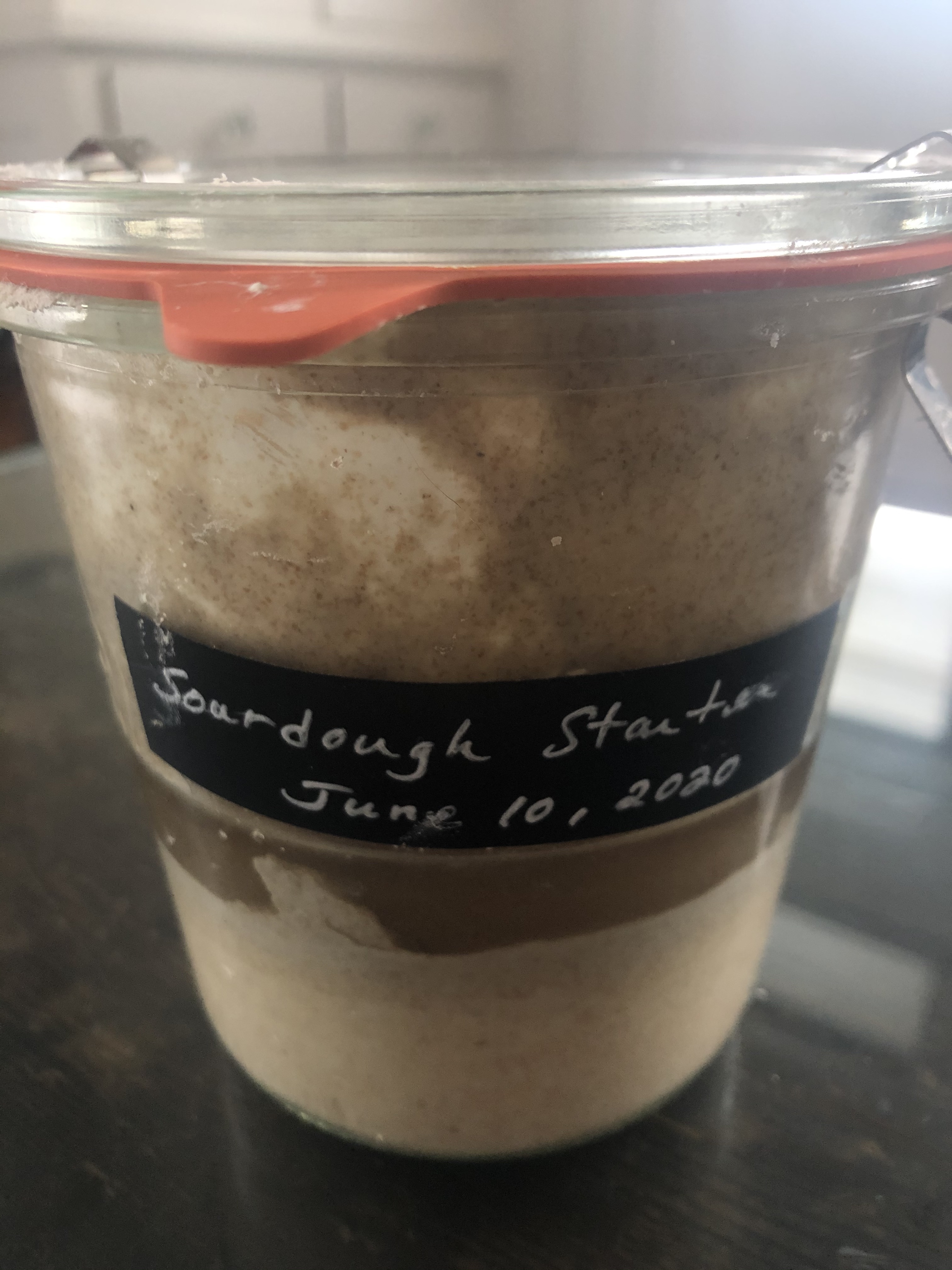 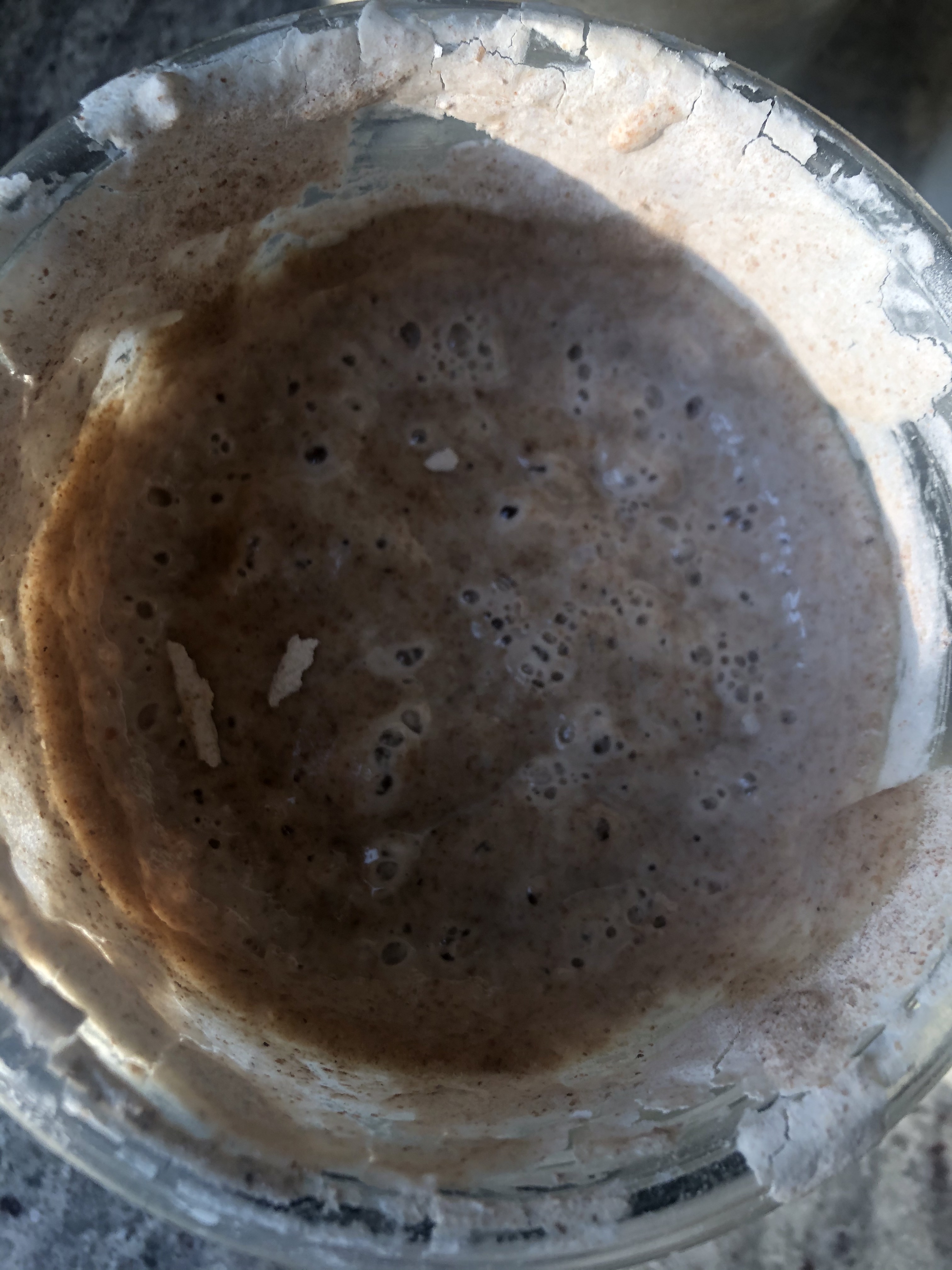 Then the culture proof: 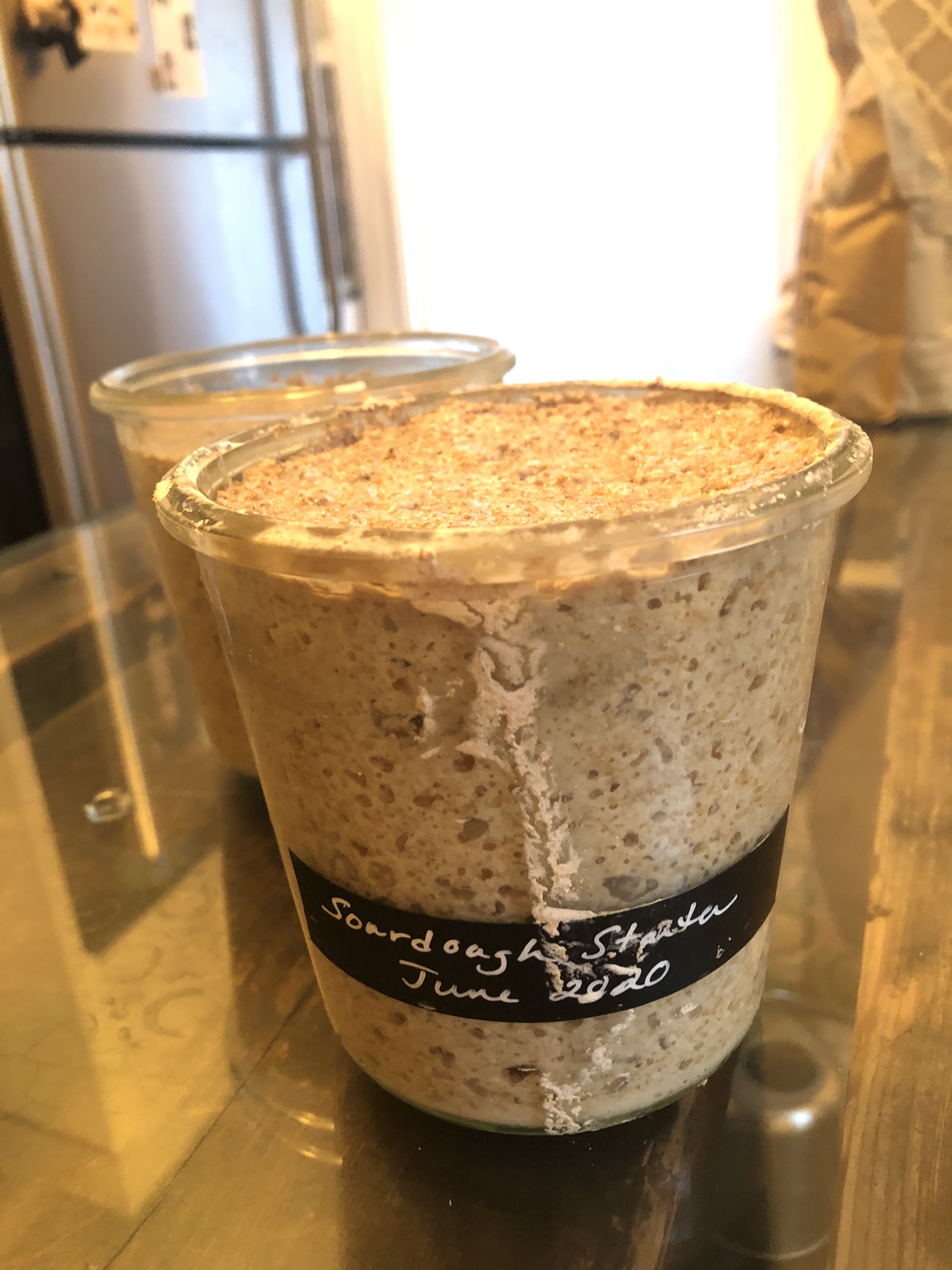 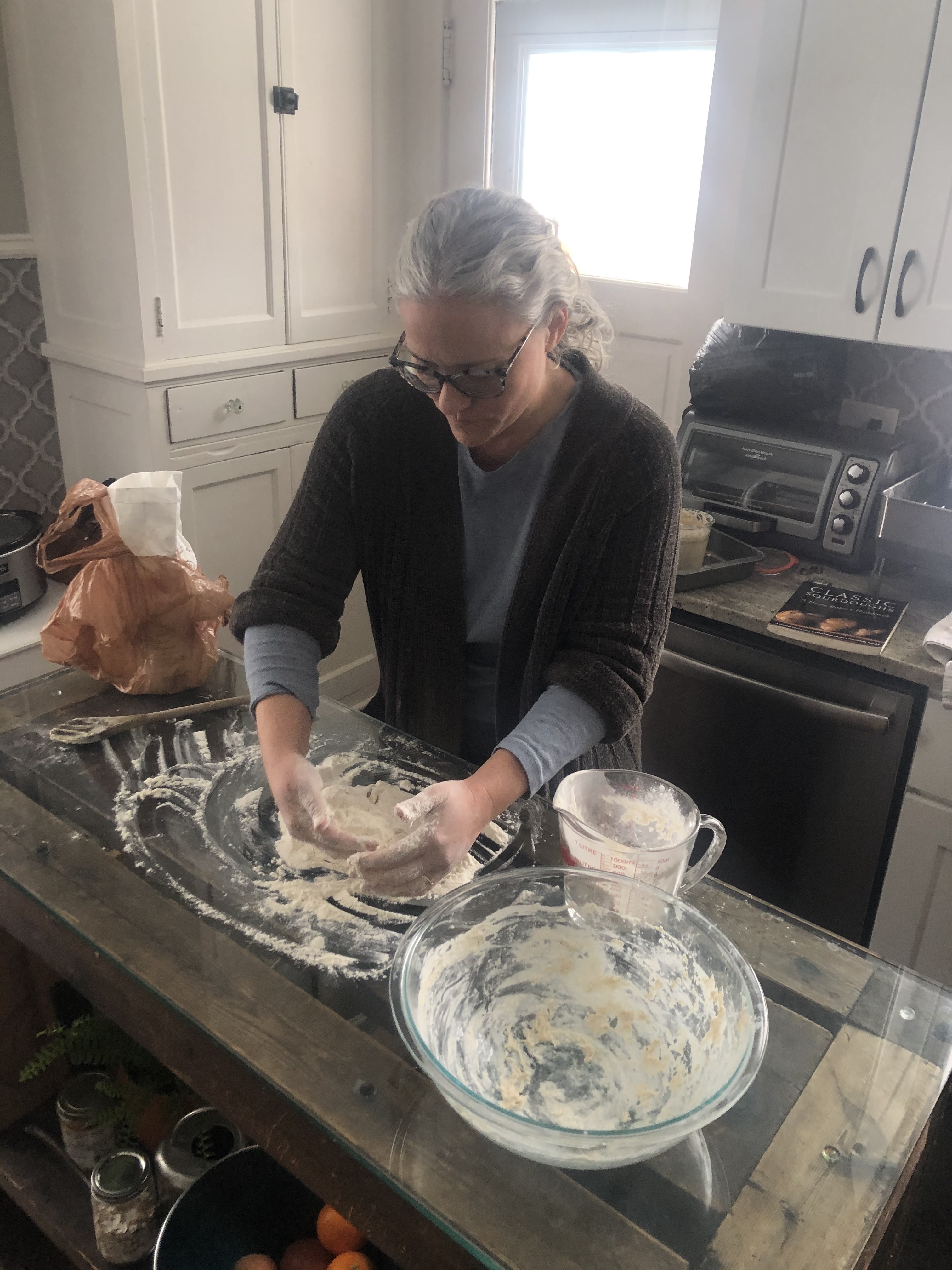 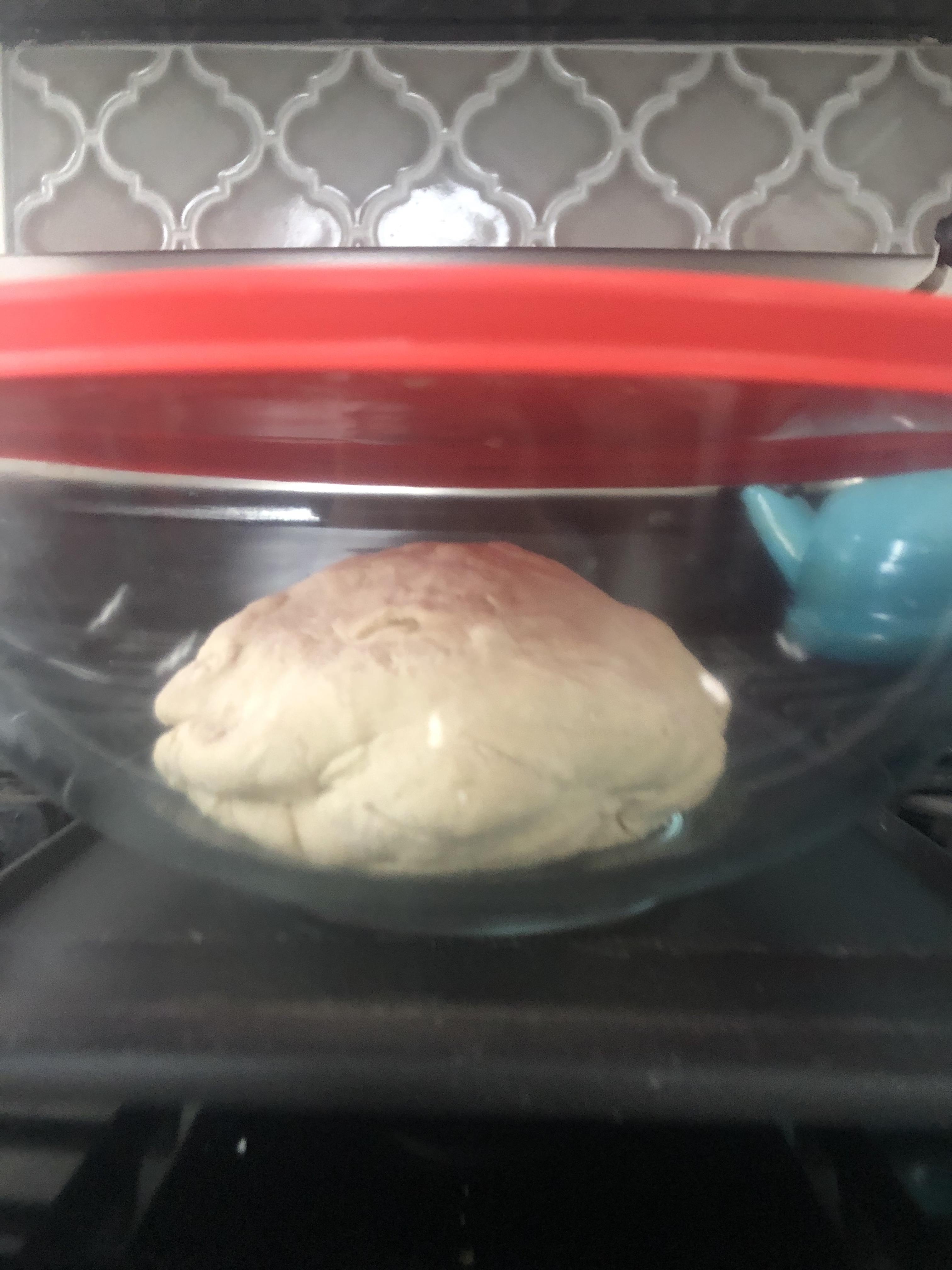 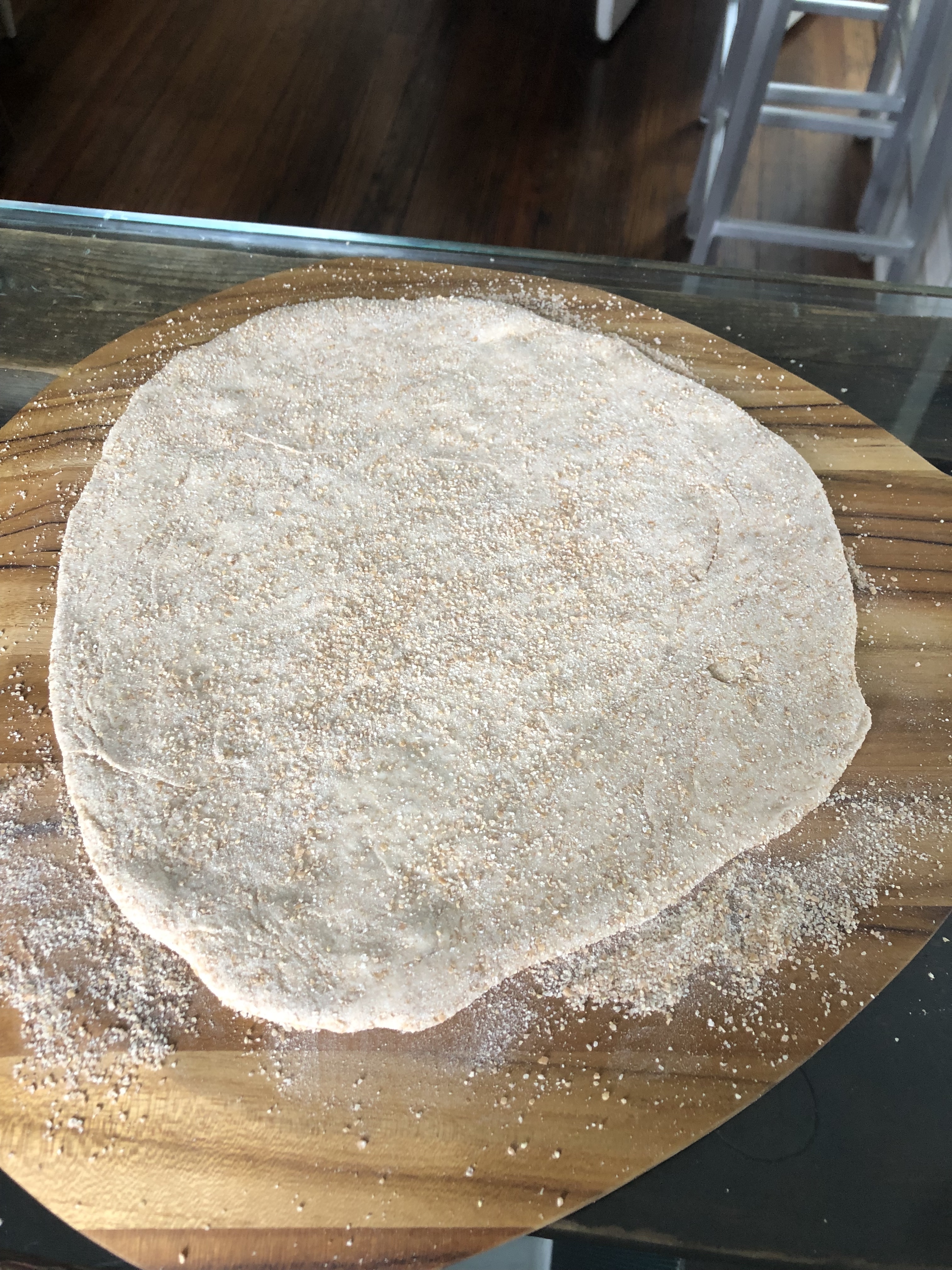 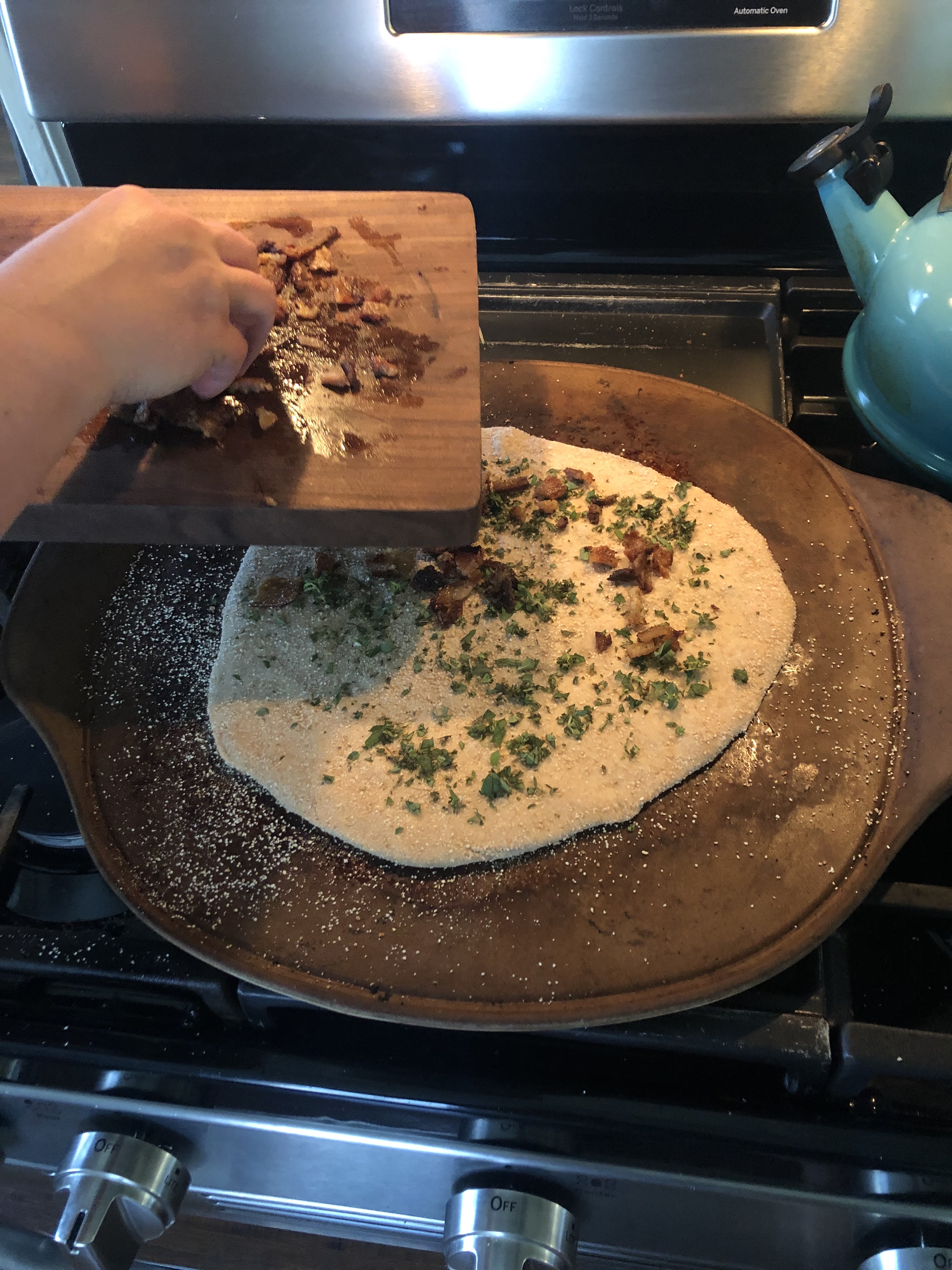 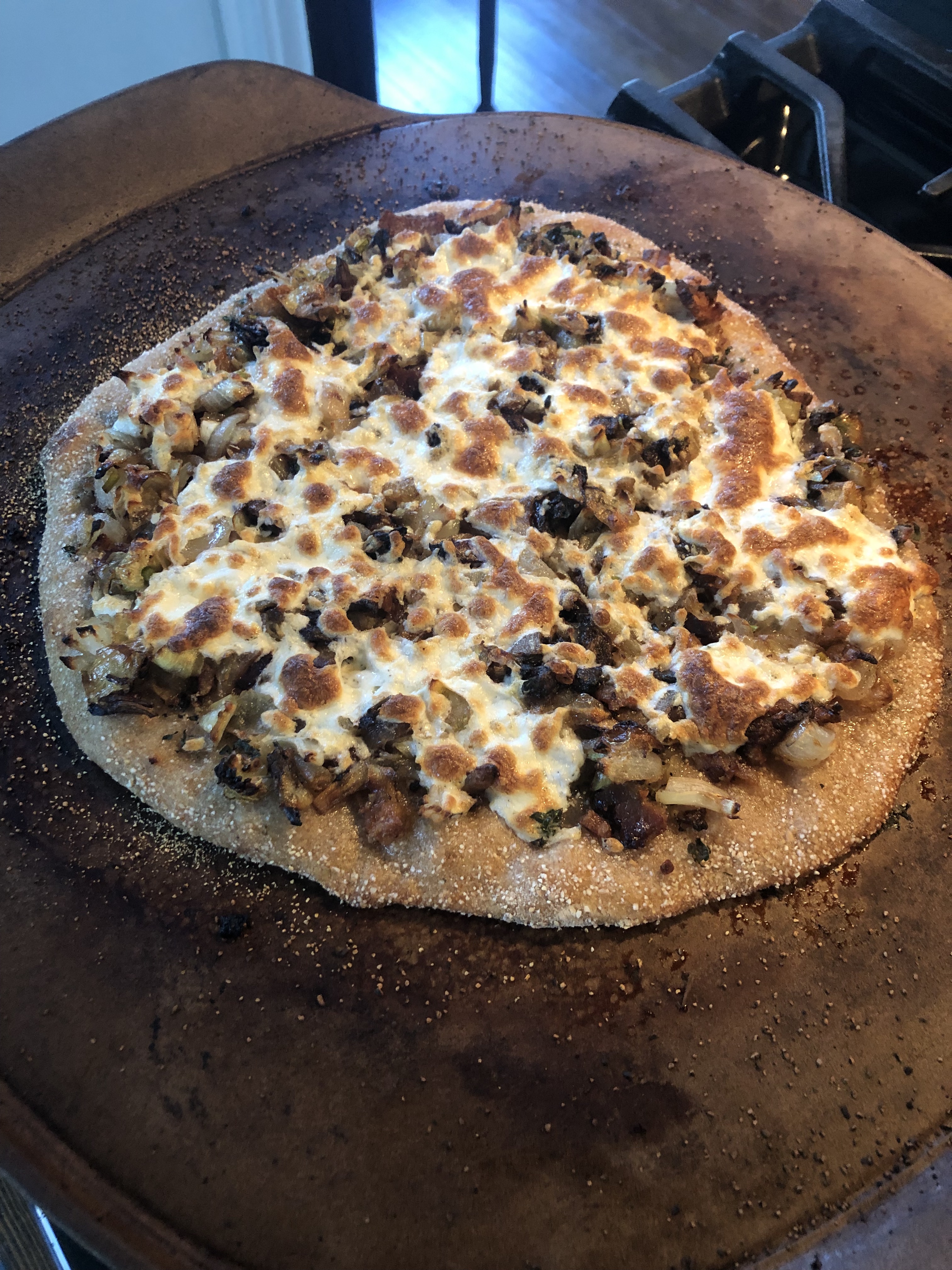 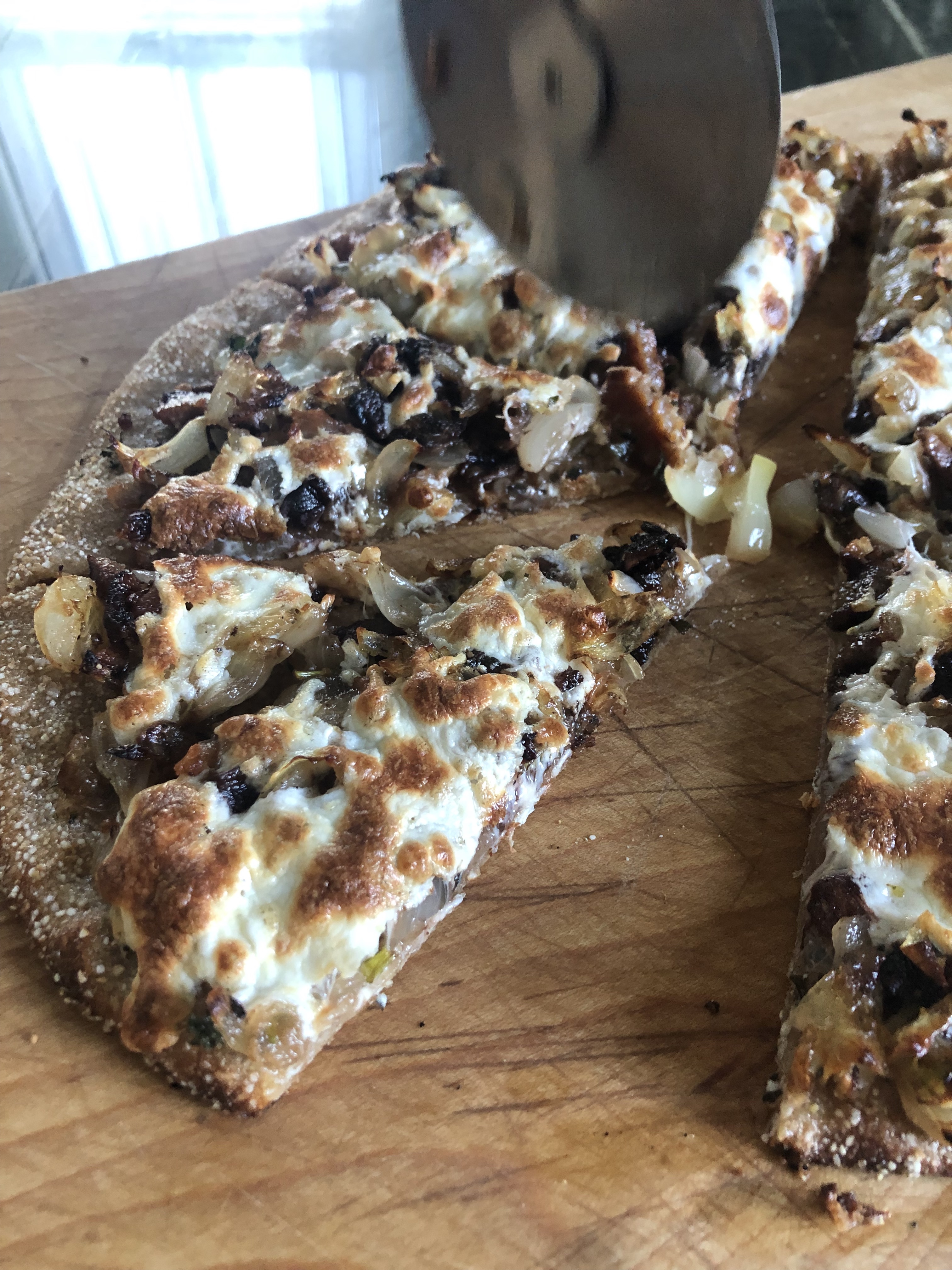 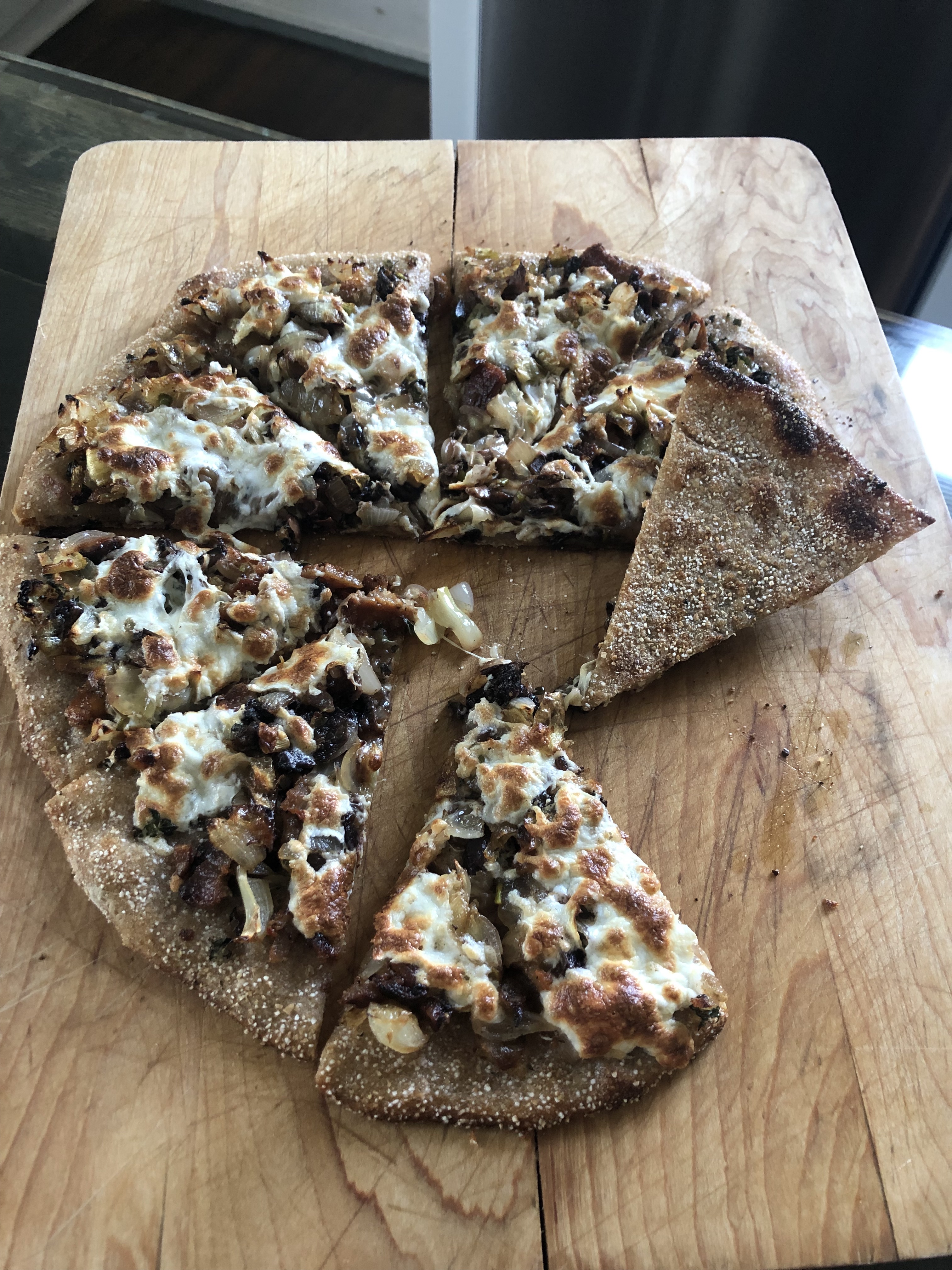 Brunette Gardens | Tips and Tales from Our Homestead Habitat 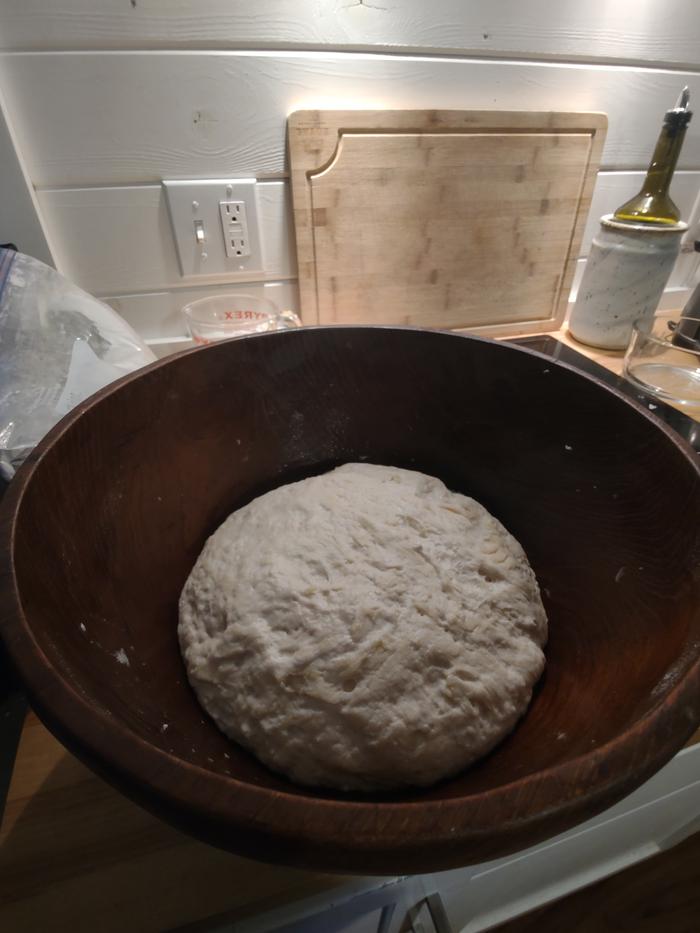 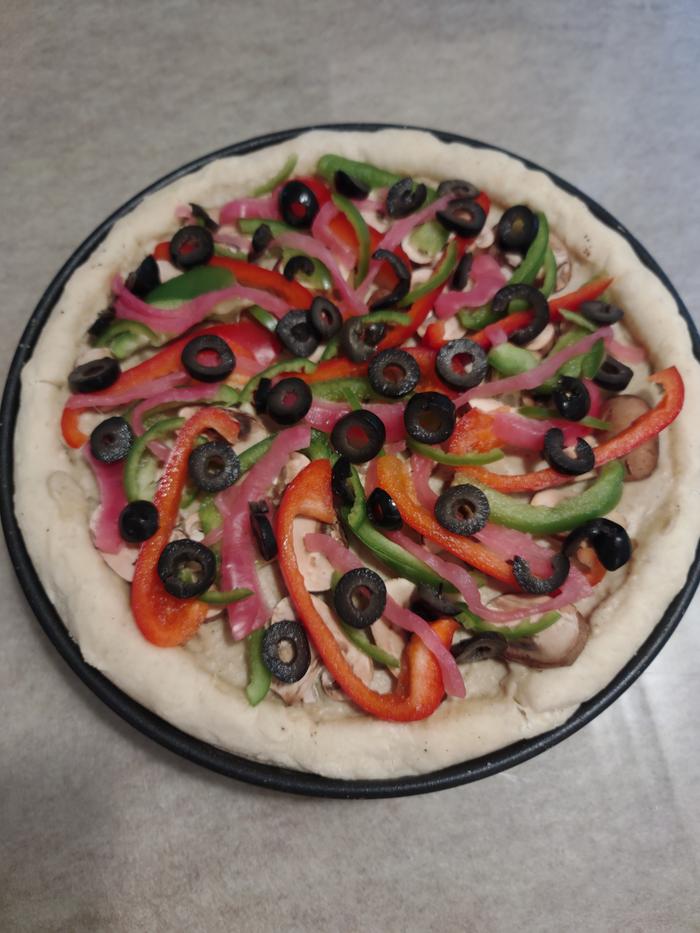 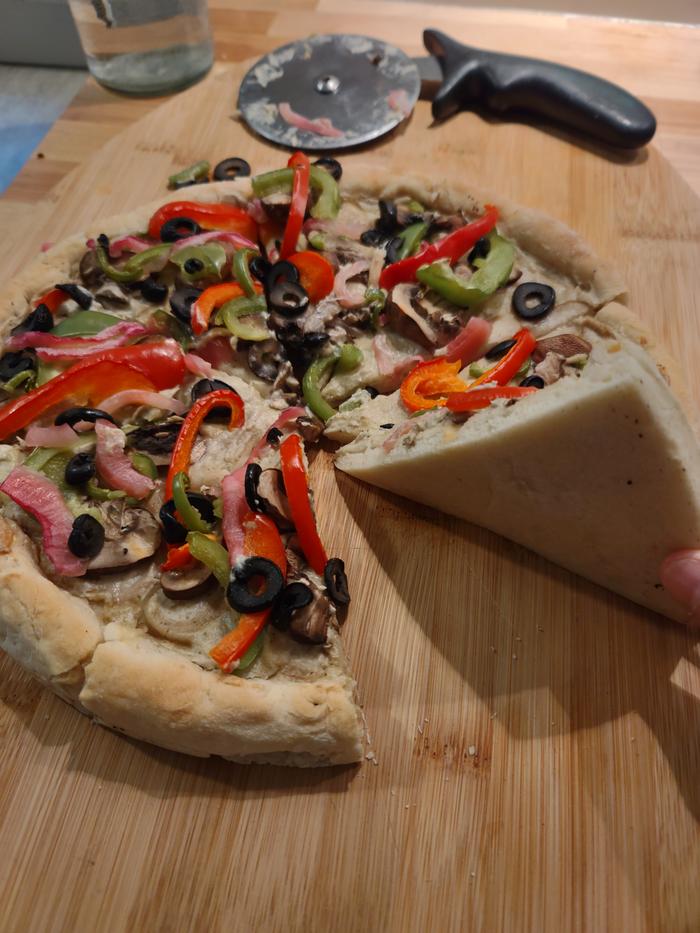 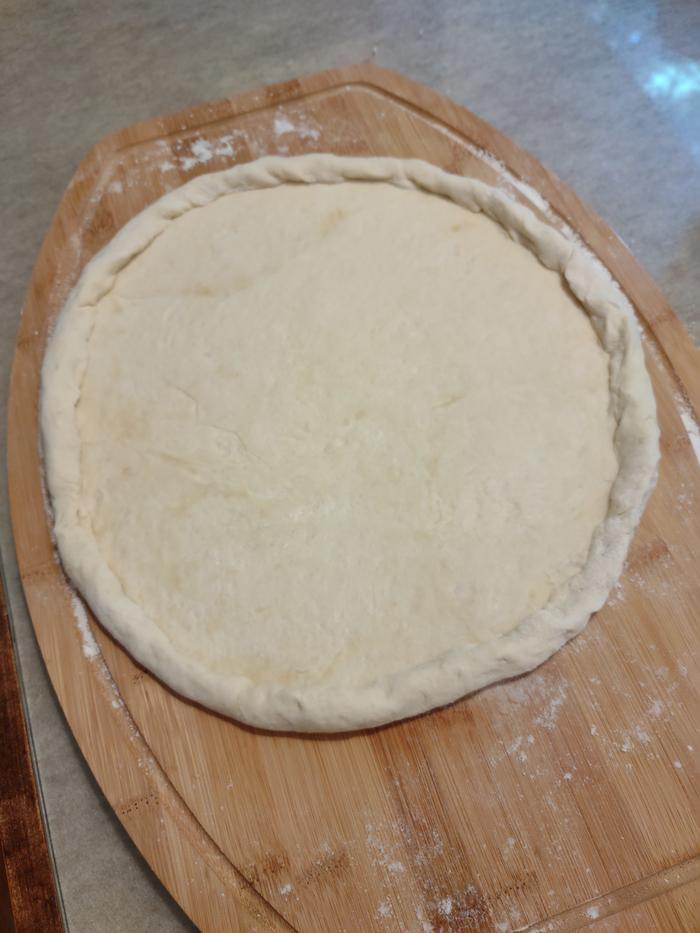 Someone flagged this submission as an edge case BB.
BBV price: 0
Note: We need a pic of the crust being made, not just dough in a bowl.

posted 1 week ago
Approved BB submission
I’m doing bread and pizza today. I liked the idea of Paul’s polydough but wanted to use sourdough starter in place of yeast so I mixed four cups of whole wheat flour with four cups of water, four cups of brown rice and all the starter that I would discard for today as a sponge. I mixed that up and let it sit for about 20 hours before mixing in some pepitas, about a teaspoon of salt, and enough all purpose flour to dry it out and get it stuff enough to work with. I cut a section off from the main blob for the pizza and waited another three hours. Then I pressed it out flat, topped it with tomatoes, onions, basil, oregano, and cheese. I had to crumple up the edges of the crust for stiffness to get it onto the peel and into the oven. After about ten minutes at 450° F, I switched to the broiler and gave it a couple minutes of too heat to make brown spots on the cheese.