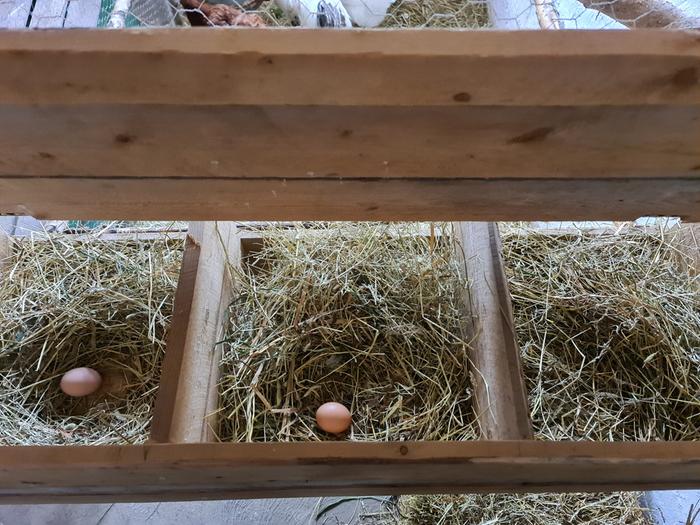 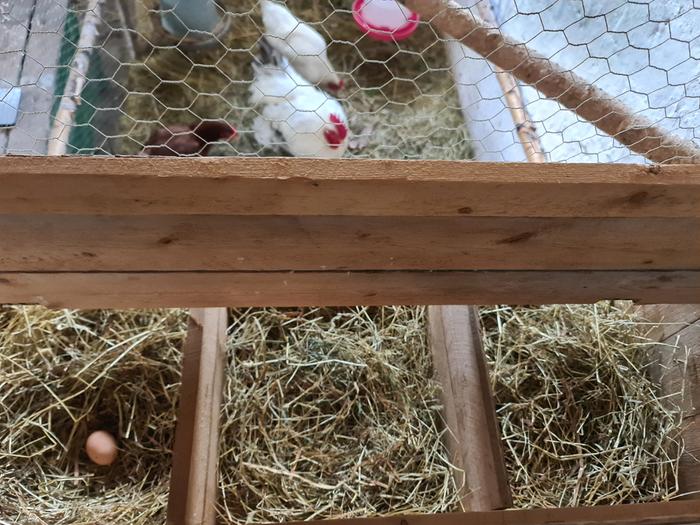 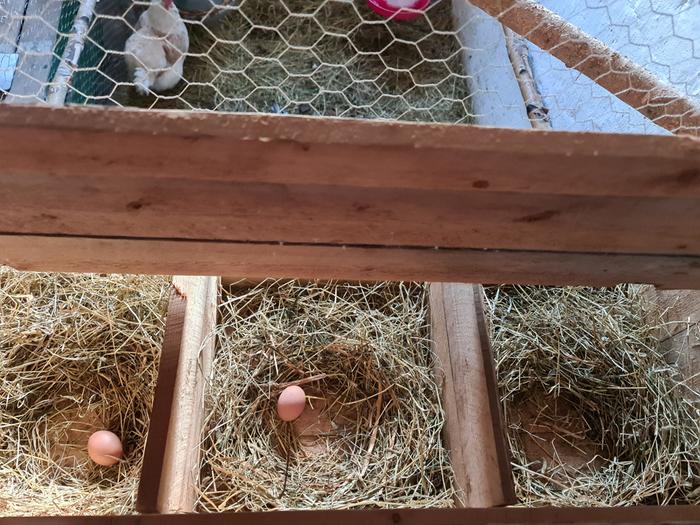 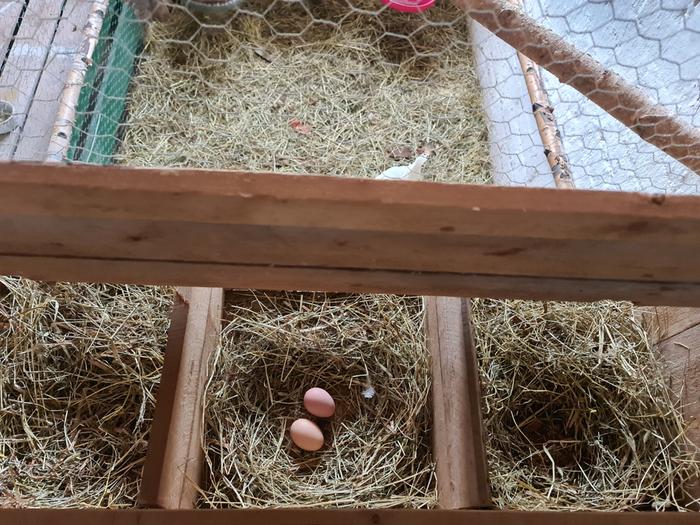 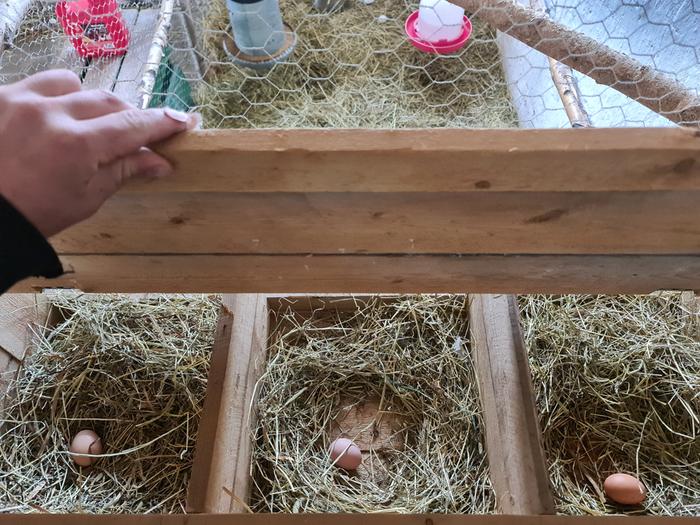 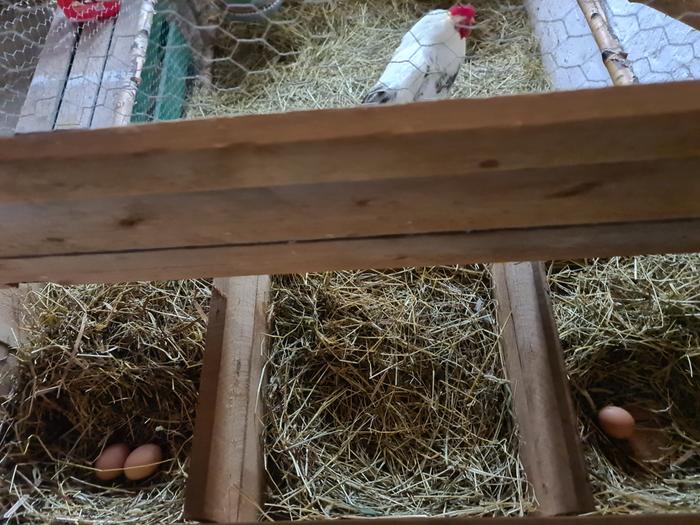 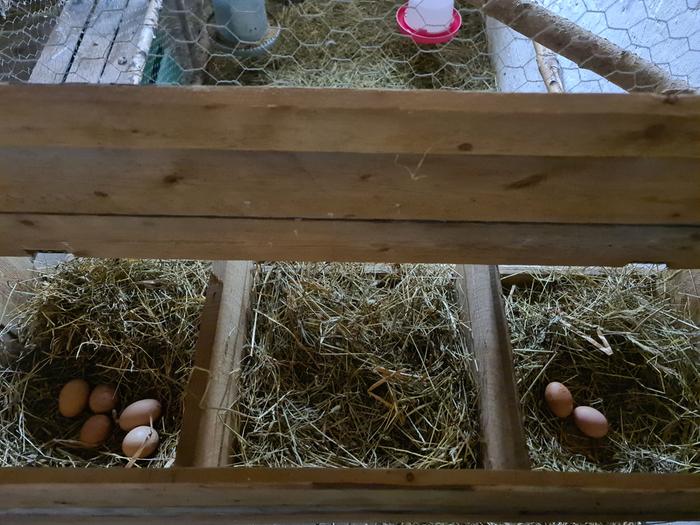 The Lord gave, and the Lord hath taken away; blessed be the name of the Lord. - Job 1:21

posted 1 year ago
Approved submission
My (Japanese coturnix) quail laid four eggs for the third day in a row! They're just starting to lay, so a few of them I'm not certain of, but I think 8 of the 9 are hens? There's 1 confirmed cock and he doesn't crow like he would if he had competition. Their previous owner raised them on game bird crumbles, but I've been weaning them off of that; they eat maybe 20% commercial feed now and the rest is bugs/scraps/plants. As a few people mentioned earlier, they really don't use nest boxes and tend to lose interest in their eggs quickly, but mine do at least dig a nice hole to drop them in.
20210728_200442.jpg
20210728_200602.jpg
20210730_201952.jpg

You are made of stardust.

posted 1 year ago
Approved submission
I have 6 Barred Rock hens who just started laying their first eggs in the last few weeks.  I've got them composting a spot I want to garden on in the near future and will move them to a permanent spot in the near future.

I'm getting about 3/day right now.