posted 8 months ago
This is a badge bit (BB) that is part of the PEP curriculum.  Completing this BB is part of getting the sand badge in Animal Care.

In this BB you will be collecting 12 eggs from your fowl. 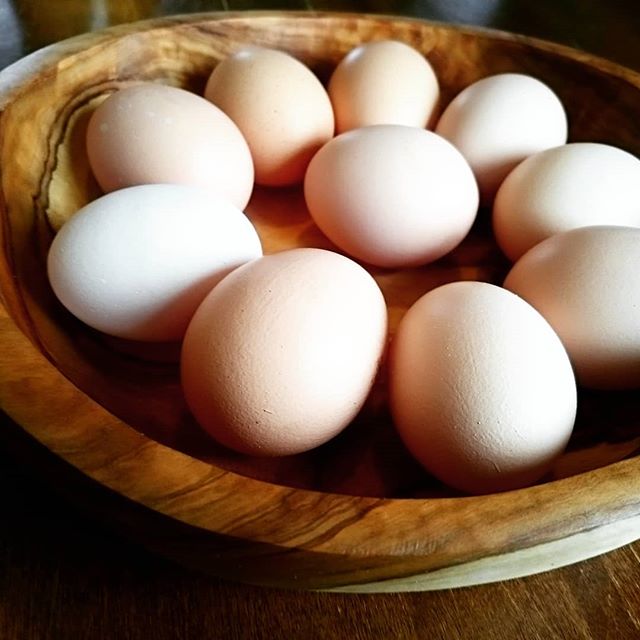 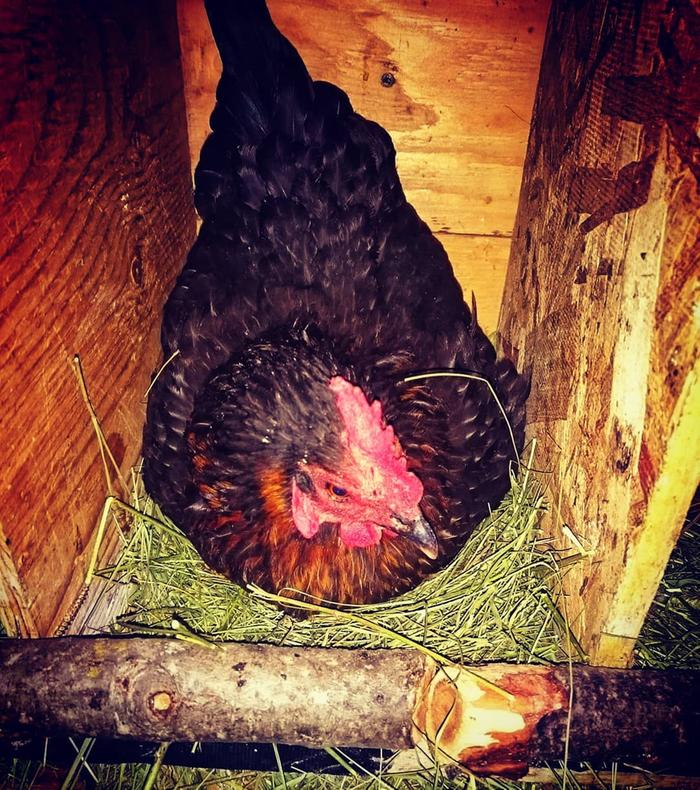 Here is a helpful little video:

Here is a thread on Cleaning Eggs

To complete this BB, the minimum requirements are:
- You must gather 12 eggs

To document completion of the BB, provide the photos or video (<2 min) of the following:
- Tell us in 1 paragraph or less about the hens/ducks/etc you are collecting the eggs from (Are they yours? A friends? How many hens?)
- A bird in the nesting box
- An egg in the nesting box
- A full egg carton with the eggs you have collected

posted 8 months ago
Here is my BB attempt.

These are my ladies! I have 39 hens and one rooster. They are a mix of 1 and 2 year old hens. Mostly production reds. I usually get 2 dozen a day.

Tammy Farraway
Posts: 21
Location: East Tennessee, zone 7A-ish
9
posted 1 month ago
We have 11 chickens and a goose. They are all about 6 1/2 months old. The goose is a White Chinese, 3 chickens are Black Australorps; 4 are Rhode Island Reds, and 4 are Barred Rocks. We typically get 10 or 11 chicken eggs a day. The goose seems to lay a couple of days in a row, then takes a break for 3 or 4 days.

I hereby certify this BB as complete!

Henry Brown
Posts: 13
2
posted 1 month ago
can I count 48 quail eggs for this BB?  (4 per chicken egg).  And since I will eat them, just show them in batches of 6 with the date indicated some way?  Thanks.

I have 3 laying coturnix quail, and four freeloaders.  (One of them used a preferred pronoun to fool us, very obnoxious to actual female quail.)

Henry Brown wrote:can I count 48 quail eggs for this BB?  (4 per chicken egg).  And since I will eat them, just show them in batches of 6 with the date indicated some way?  Thanks.

I have 3 laying coturnix quail, and four freeloaders.  (One of them used a preferred pronoun to fool us, very obnoxious to actual female quail.)

posted 1 month ago
As I read the BB, it just says fowl.  Since a quail is a fowl, I think you'd be fine collecting 12.  And doing it over a few collection cycles is fine as well.  Good luck!

Mike Haasl wrote:As I read the BB, it just says fowl.  Since a quail is a fowl, I think you'd be fine collecting 12.  And doing it over a few collection cycles is fine as well.  Good luck!

Thanks Mike.  OK, as long as no one calls fowl.  (Couldn't resist.). I'm up to 9, the fuckers took a union break, I should be able to post them tomorrow.  Obviously if there's 72 eggs in there I'll take pictures too, but I'm not holding my breath.

Henry Brown
Posts: 13
2
posted 1 month ago
Also, quail don't really lay in the nesting box.  Sometimes they lay in there by accident, but they're just as likely to lay anywhere that's not in the nesting box.  "I don't need no fucking nesting box, I'm a quail! I'll lay where I want to, don't fuck with me! buh-buh BAAA!"  So I might have to CGI part of my badge.

Henry Brown
Posts: 13
2
posted 1 month ago
OK, here's my quail eggs and the quail they came out of.  Actually, this is a male, who just happened to walk into the nesting box when I took the picture, but I swear the hen was in it two seconds before.  They don't hold still.  We have three layers, on this side of the divider there's just one male and one female. The female lays "blue" eggs, which are slightly bluish and very unusual.  Most quail eggs appear like Dalmatian fur, big black spots.  The other ones we got from another person full-grown (because we had only one layer), and they lay the Dalmatian-style ones.  But weirdly, the spots are not dark black on ours, just faint blue.  Is it because we feed them live food (maggots and black soldier fly larvae and mealworms and whatever invisible bugs are in their dust baths?). is it because I ferment their feed? I don't know.  The blue eggs are smaller than the others but the shells are firm on all of them, in fact they're kind of hard to crack when you're trying to eat them.  Fun fact, people usually use special quail-egg-cutting scissors for these, but I haven't made the investment.  (By the way, I would NOT recommend raising quail to any die-hard permaculturist, except for learning purposes or unless you can re-wild them in your landscape somehow and make a deal where they drop off a few eggs for you.  They're too wild to free-range (they'll escape) but too dumb to take care of themselves and come home at night.  If I were really going to go this route I'd try and cross them with wild birds somehow, but these are Japanese animals and so they're not likely to do that.  Unless I find a way to crossbreed them with a duck.  Or a zebra.  THey're a ton of work for relatively low return, and they have an uncanny ability to be male and even be male without seeming to be male.  One didn't start making sperm till it was 10 weeks old or so, much older than it's suppose to, so we thought the fucker was a female.  He/they were so cute though.  And we eventually got our 12 eggs.

Chickens: because we're smart, we eat all your kitchen scraps, your mice, and your ticks, we till your soil and aerate your cow pies, we come home to roost, and we lay big nutritious eggs right in our nesting boxes.

Henry Brown
Posts: 13
2
posted 1 month ago
Oops, sorry about that.  Here's all 12 eggs for real.
all-twelveeggs-for-real.jpg 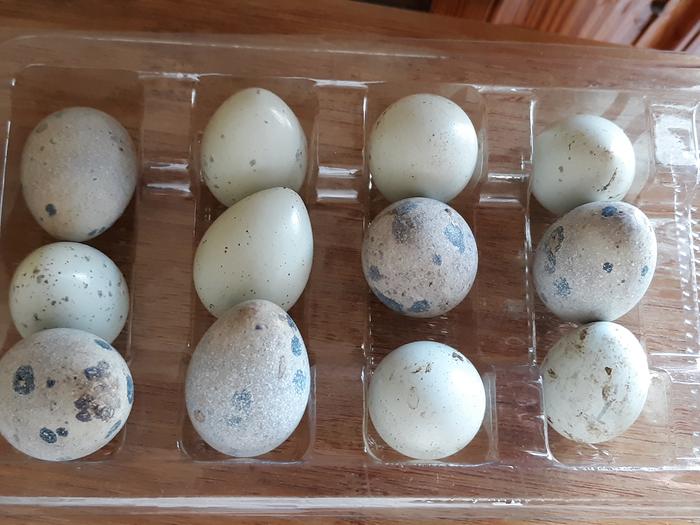 I certify this BB complete along with your spiffy new air badge!