We've got about 2.5 lbs of unbleached flour
2 tbsp of extra virgin olive oil,
1.5 cups of water
4 tbsp of sugar
A teaspoon of fleischmanns yeast.

Let sit for about an hour, it should bond decently fast.

For toppings, I added the marinara, a couple dashes of Sriracha, then Mozzarella. Follow that with some mushrooms and polska kielbasa, and a tomato, cut into slices and tossed on all of that. Then another layer of cheese, and it's capped off.

This time I'm not salting it, largely because I want to see the difference in the dough.

That's getting tossed into the oven at 425F for 20 minutes. Why so long? Don't panic, this is a pan pizza cooked in cast iron. It'll be mostly evenly heated, so once the dough on top is cooked the dough on bottom should be mostly done.

I opted to toss the crust inwards instead of draping it over the pan lip, mostly so it'll hold together better. This is a deep pizza, so having more structure on the edge isn't a bad idea.

Images are in the Imgur gallery, but I can move them over to Permies if needed. They're not formatted right for this site, so they take up the entire screen. They look great on Imgur though. I'll be putting the album link up in a moment, and adding the other pictures once it comes out of the oven.

Here's the gallery. Now if it'll behave and let me add another that'd be nice.

i am quite positive we need the photos to be posted on permies. if you need help with posting photos see https://permies.com/t/61133/Post-Image-Permies

Here is the pizza creation: 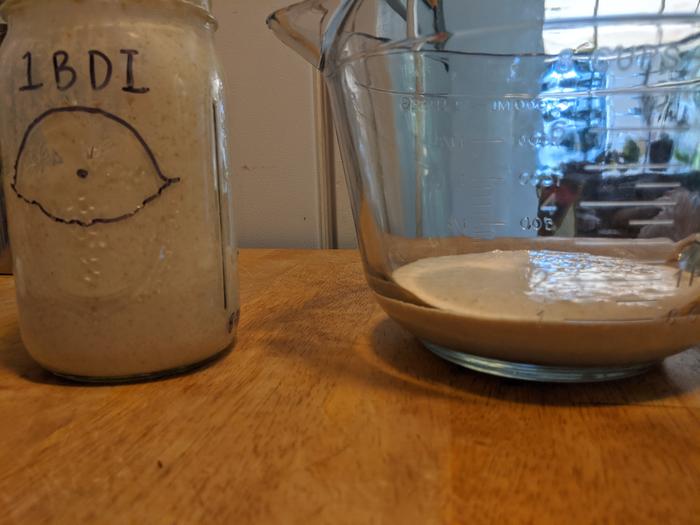 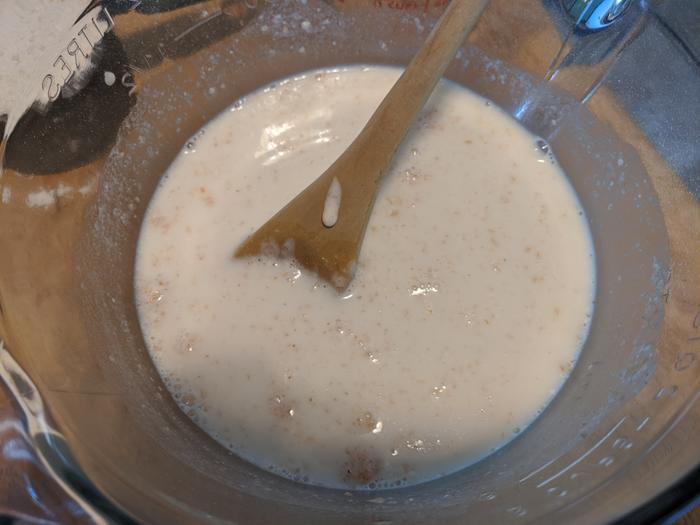 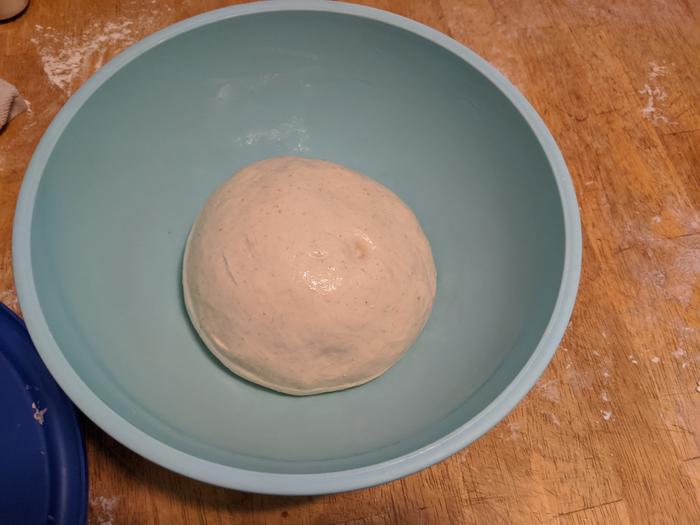 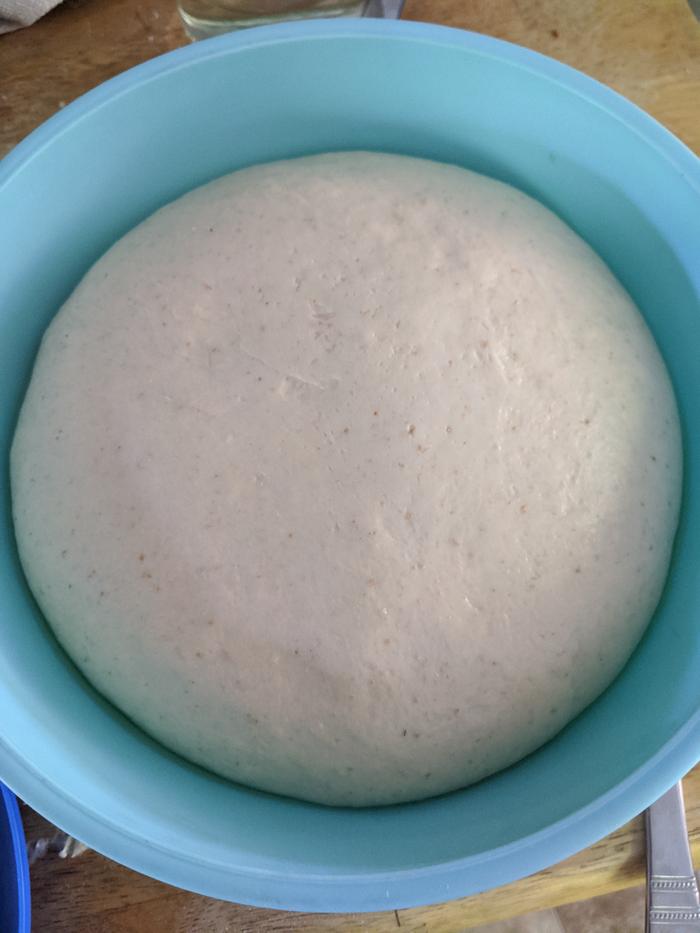 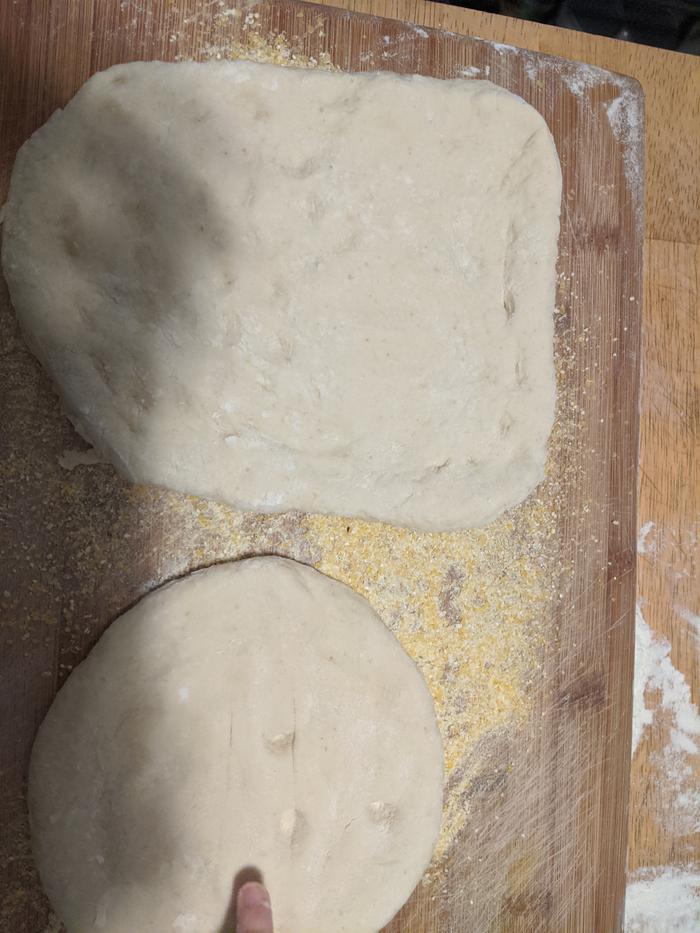 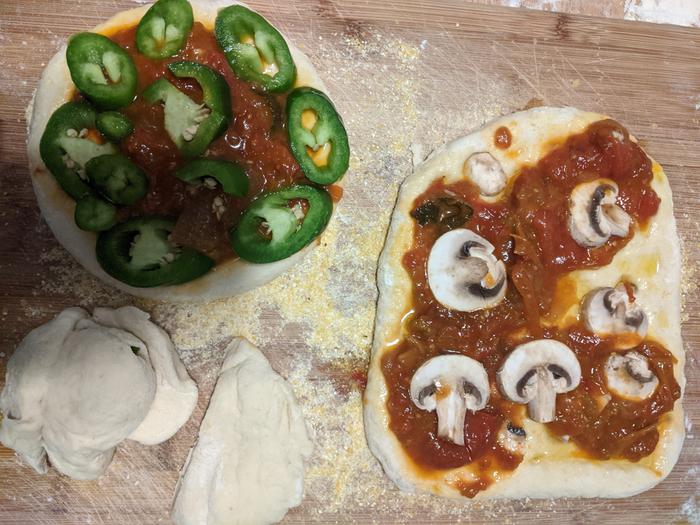 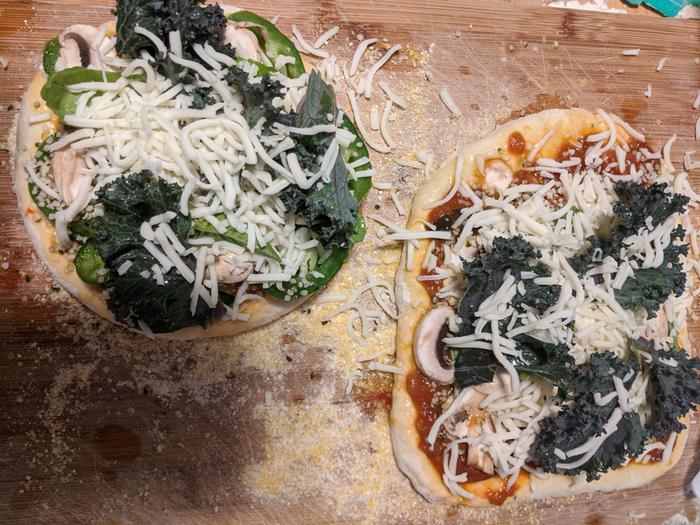 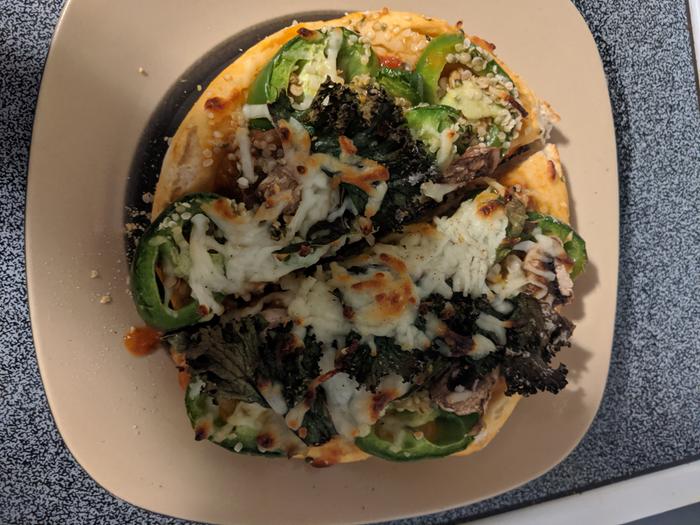 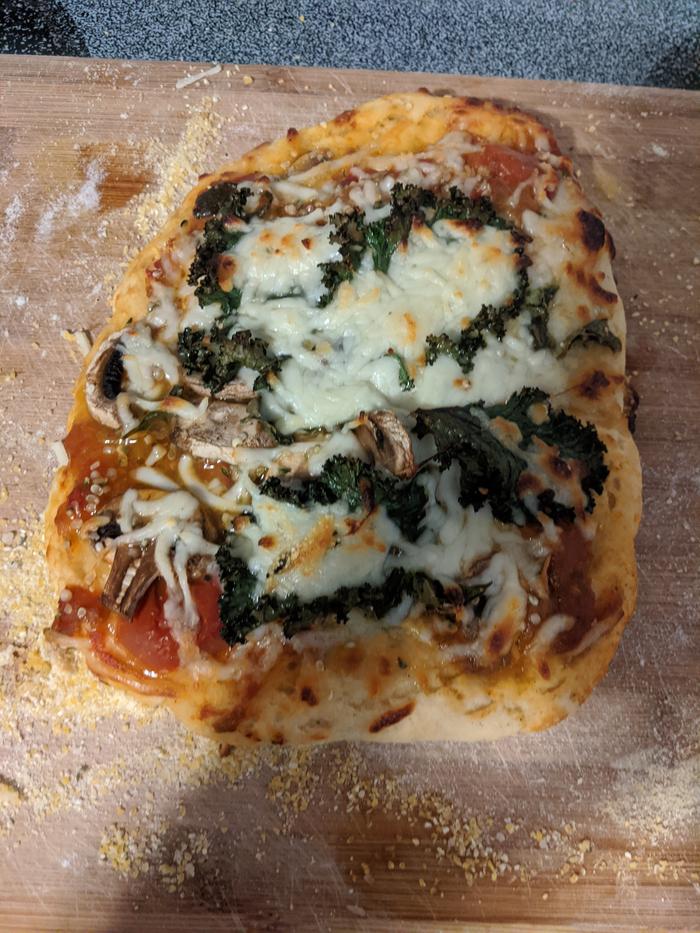 Do you have a picture of a slice so we can see if it is cooked through/ not burnt?

posted 3 months ago
Approved BB submission
I had a nice pizza for dinner! And I made photos, so I can get this BB.

Link to the recipe I used:  https://permies.com/t/93692/kitchen/Cauliflower-Pizza-Crust
I love cauliflower pizza crust, not because it's gluten-free, but because my teeth don't hurt from it. The cheese and herbs in this recipe make it taste yummie too! 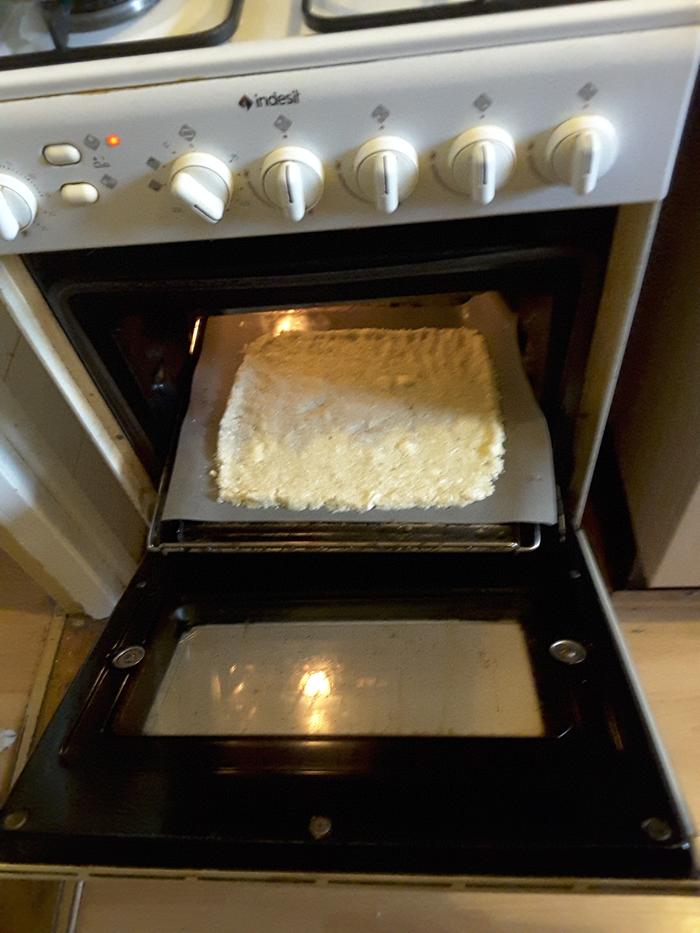 Crust going into the oven. 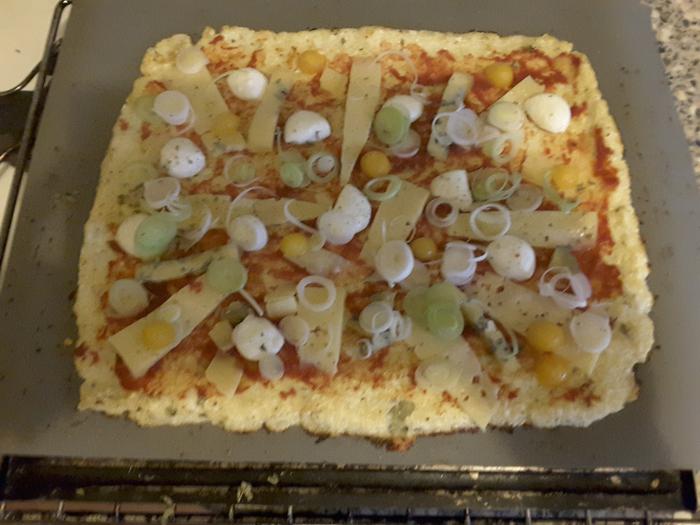 Baked crust topped with tomato sauce, (more) cheese (including 'blue cheese'), leek and tiny yellow tomatoes (the last two are from my own garden). 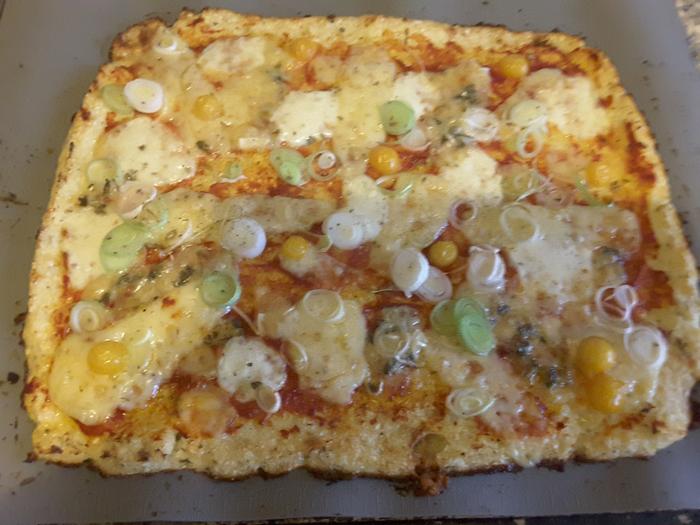 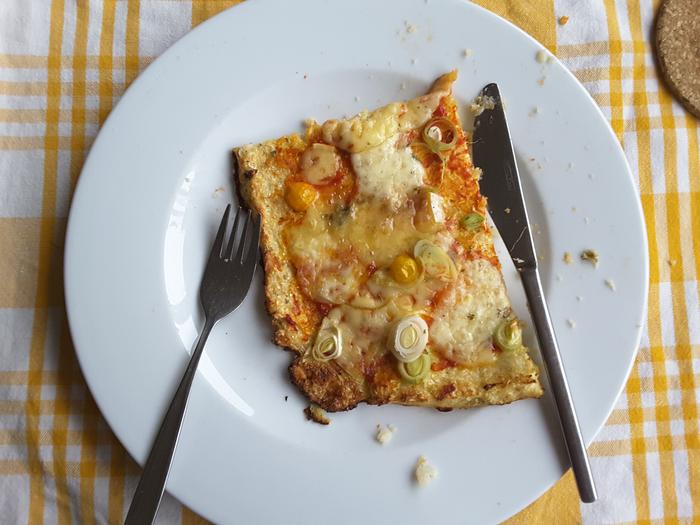 Slice of pizza on my plate. You see it isn't burnt and I was able to get it on my plate, so it is not soft (but cooked all the way through).

posted 2 months ago
Approved BB submission
The recipe used for the dough: https://www.melskitchencafe.com/quick-and-easy-pizza-dough/

First pizza topped with pizza sauce, a mix of mozzarella and cheddar cheese, ham, pineapples (yes, I am one of those people), and banana peppers. Second pizza had the same cheese mix, a spicy pizza sauce, mushrooms, and ham.
img_20201115_185256.jpg 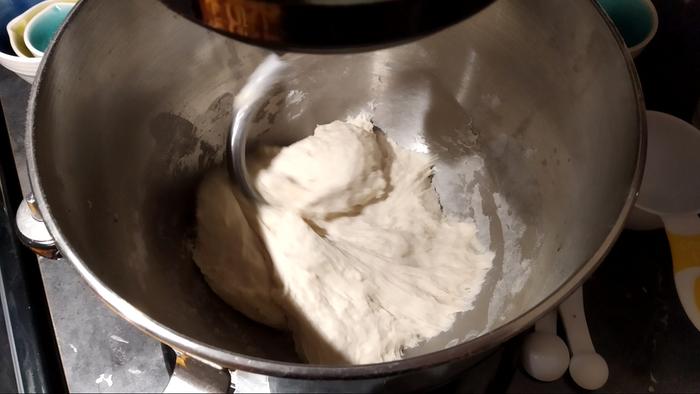 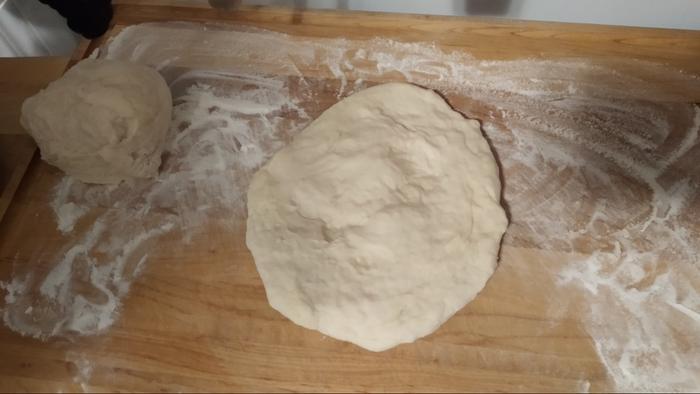 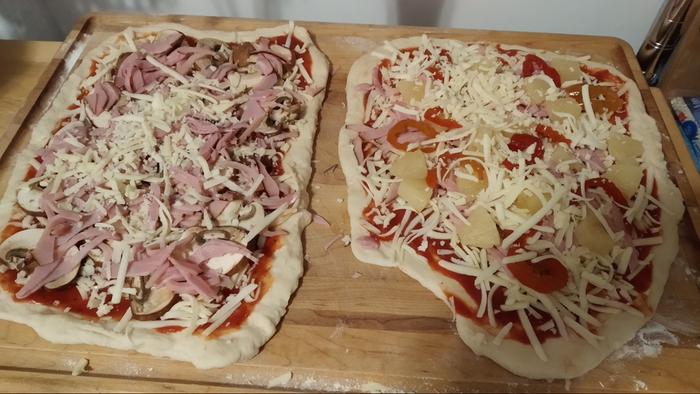 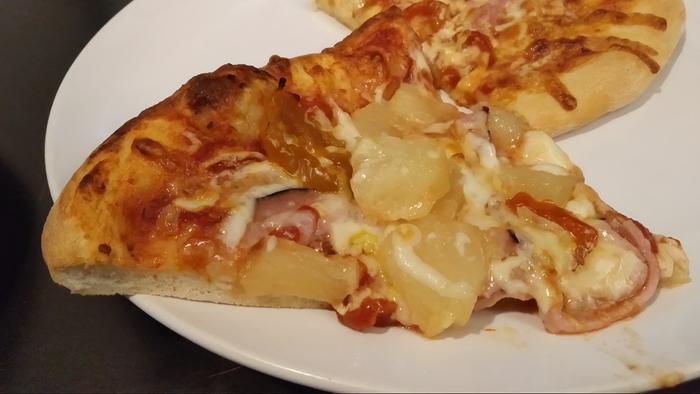 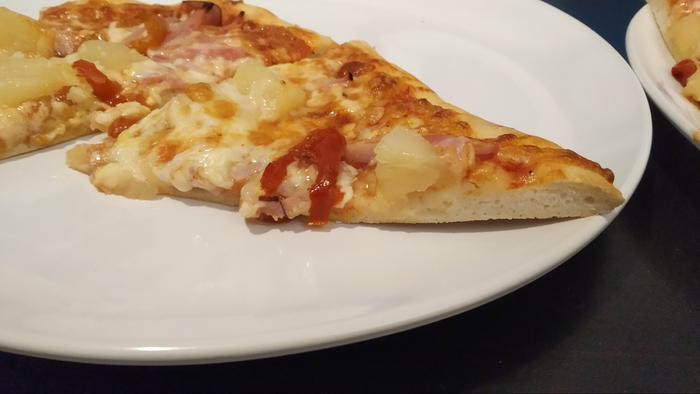 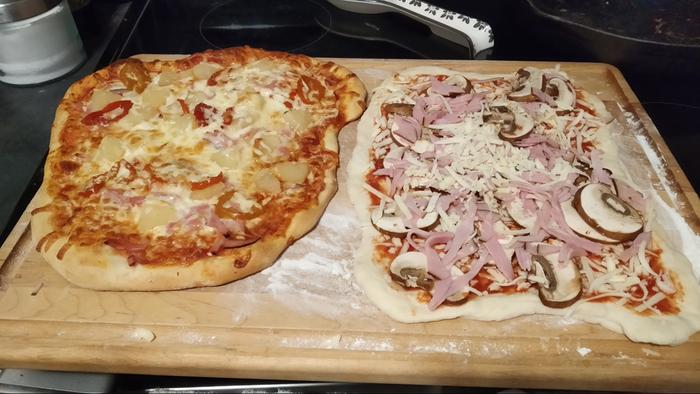 I certify this badge bit complete!

posted 2 months ago
Approved BB submission
I make fresh mozzarella cheese for pizzas. The dough is 50% sourdough starter & 50% flour. A little salt. Then it sits for several hours to rise. This is for thick crusts. For thin crusts I use less starter & more flour plus some olive oil. Thin crust only get's 1/2 hour to sit since it's not intended to rise. I use a pizza stone & oven for the thin kind but this BB pix are with thick crust in a cast iron skillet. This is my usual method.

After several hours of rise time I spread the dough around the skillet. Then tomato sauce was added. Then cheese followed by pepperoni & mushrooms & veggies. Then more cheese!

There were no leftovers. Yum.
dough.jpg 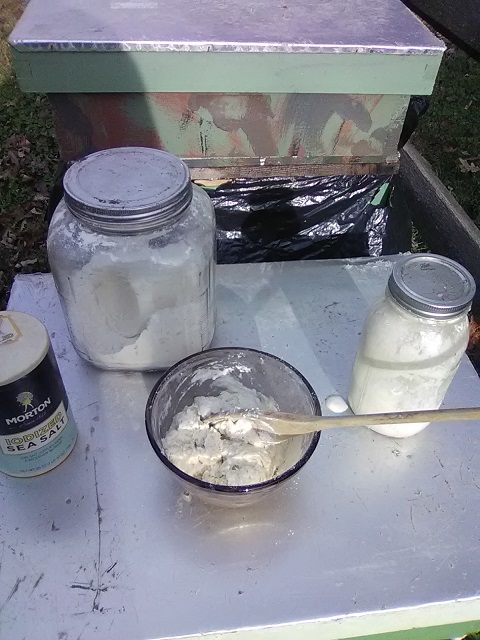 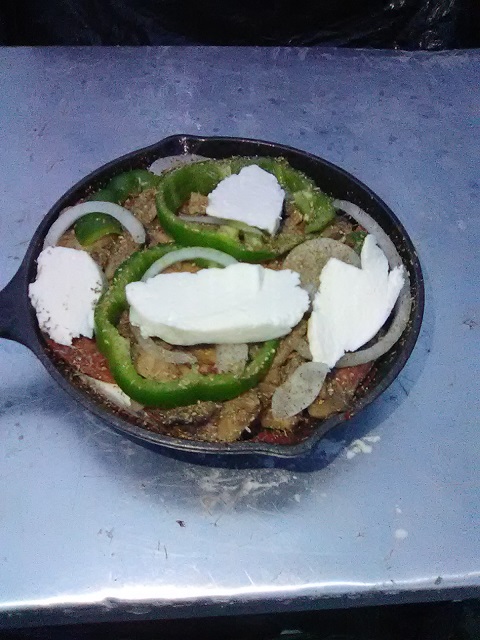 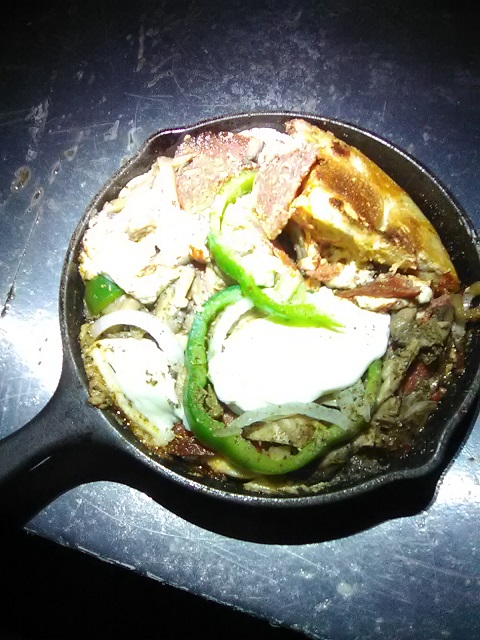