posted 1 year ago
Approved BB submission
My vegetable garden needs some love now that the drought has broken and we are getting some decent rain!! :)

The internet tells me that 50 square feet < 5 square metres. The area that I mulched is 2m x 3m, so that should be sufficient for the bb (I intend to do the entire vegetable garden over the next couple of days).

The mulch was chopped and dropped directly into the bed, then I started on weeds and things growing on the pathways and then I started on the weeds in the surrounding area, no more than a 15 metre circumference from the garden. I used a pair of scissors to do the chopping (they broke and I got blisters, I think I need one of those curved knives).
Picture-of-the-area-to-be-mulched-I-got-ambitious-and-thought-I-d-do-the-whole-thing-in-one-go.-She-s-a-bit-overgrown-.jpg
A-bucket-of-chopped-mulch-there-were-about-6-of-these-total.jpg
I-chopped-the-chopped-mulch-again-to-make-it-break-down-quicker.jpg
Mulch-has-been-applied-to-an-area-of-2m-x-3m.jpg

posted 1 year ago
Approved BB submission
So I attempted this BB already and did not mulch enough area so here is my additional chipping and dropping!

Here is the first area I chopped: 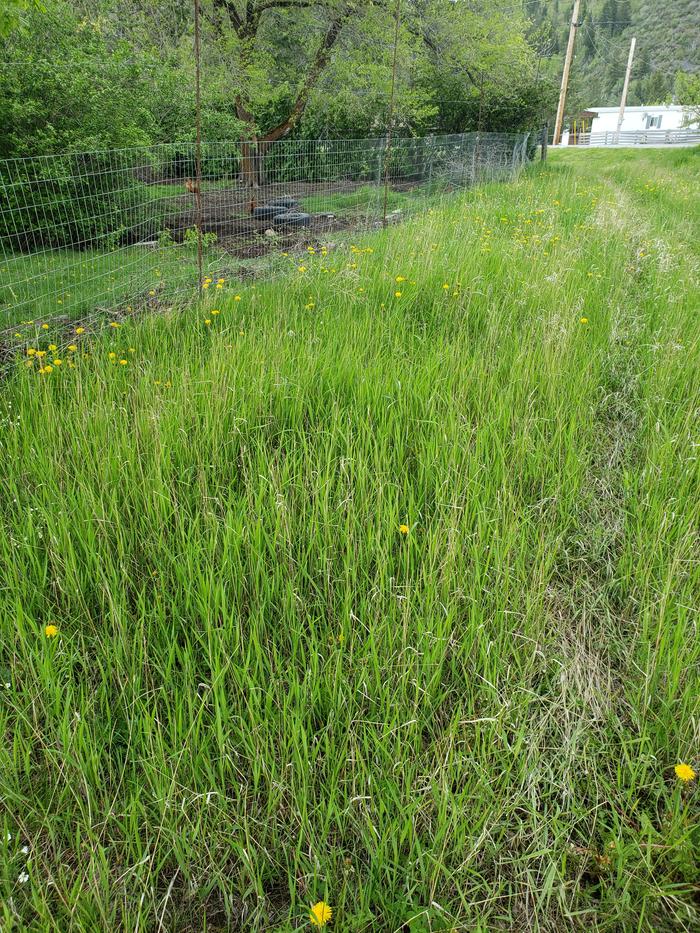 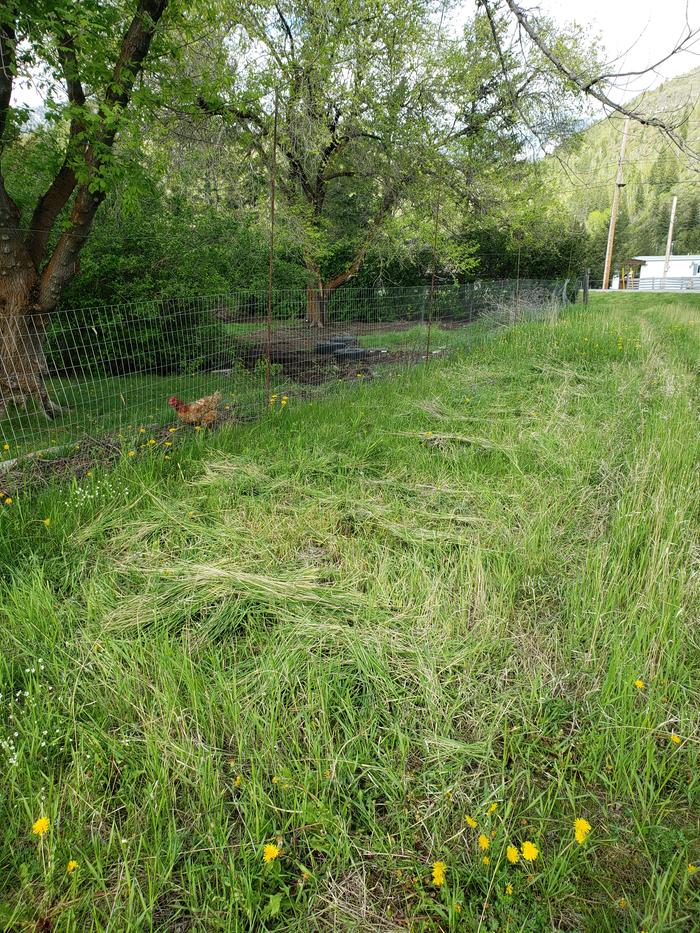 Here is the apple tree that needs some love: 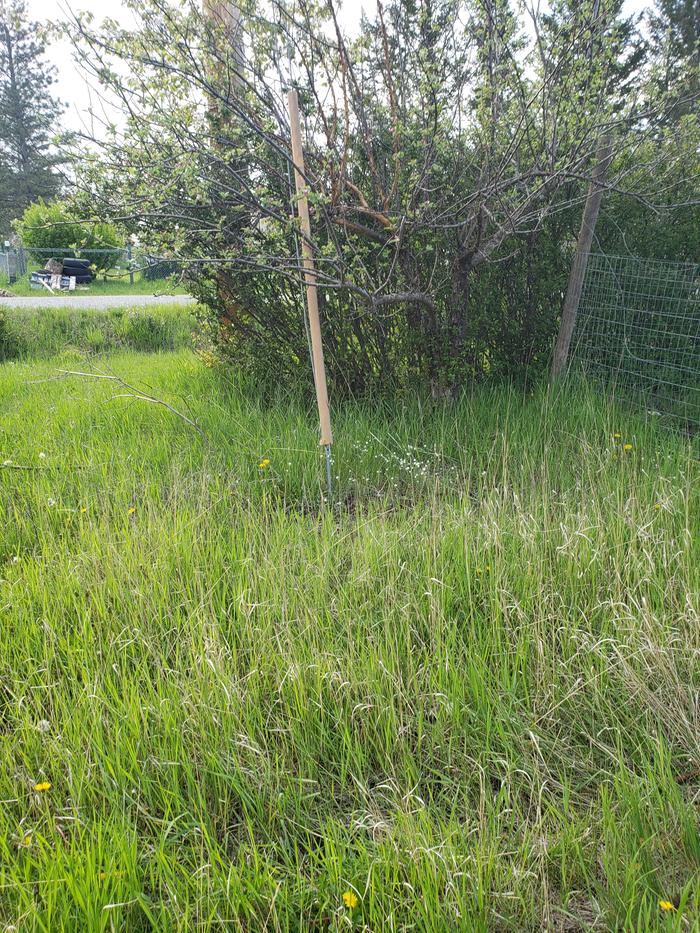 I also chopped and dropped the area around the apple: 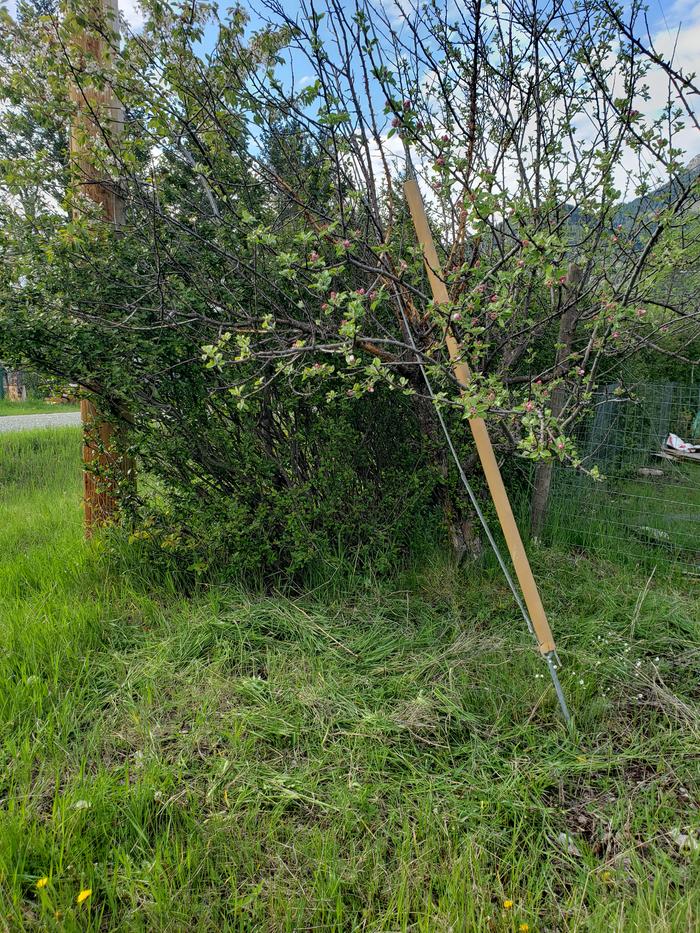 Here you can see the apple got thrashed this winter and the hedge is taking over. I move the mulch from the first area and put it around the base of the apple: 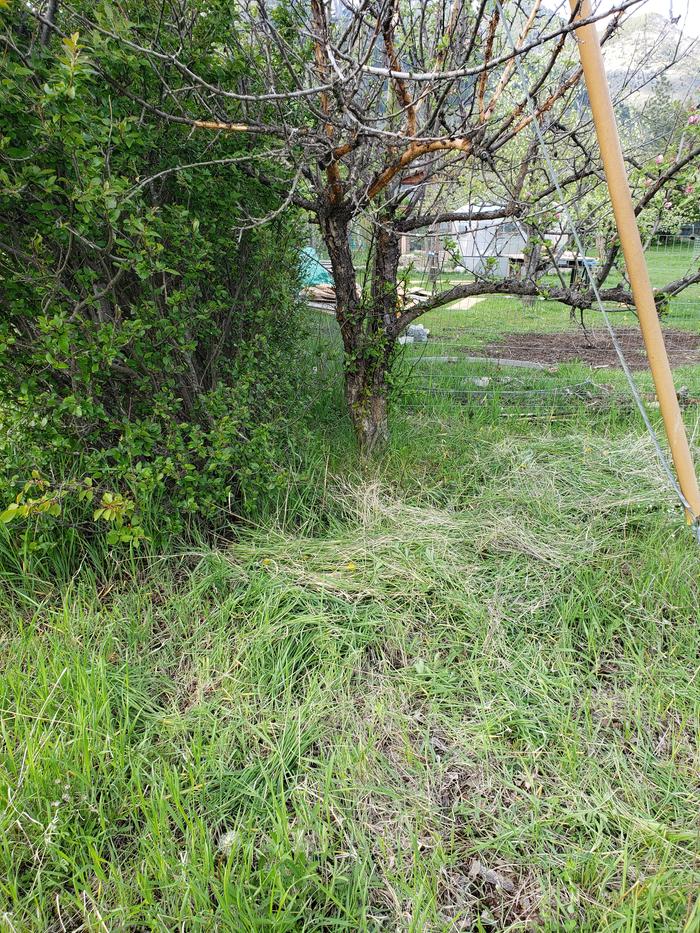 I then chopped back the hedge (to reveal an additional cherry tree! WOOT!) and removed the dead limbs from the apple. I then mulched around the apple with the branches from the hedge: 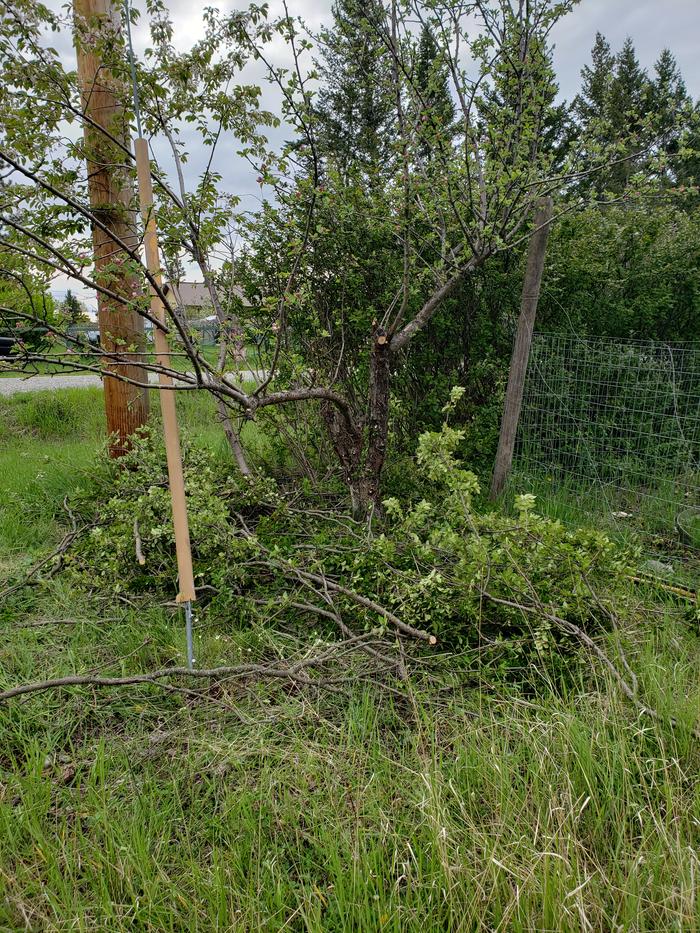 Looks like 50sf now. I certify this BB is complete!

So at first I thought this said "shop and drop," which we do in the suburbs anyway, like ALL. THE. TIME.  It's so easy.

But wait! you say, you can't just do the drop without the chop.

But here's the thing--my biomass already has a job to do, to be dropped on the lawn to somewhat appease a sense of respecting the landlord's property here by leaving a resemblance of a lawn, and I dont' want to chop that and steal that biomass.

So I had the idea to switch them around--take my grass's biomass for the chop and drop, and then drop the neighbor's biomass on my grass.  (So my grass for the Badge Bit, the other grass to replace what I've taken.)

Also adding in some bittersweet on top, that's climbing around the hedge, and other choppings that my landlord just happened to do today (I'm so far ahead of everyone I don't even DO anything, I just get lucky and someone else does it.  Fukuoaka level expert.  You all just can't keep up.  Now if only I'd gotten a picture before he came by...). And I may top it off after the Badge Bit photo op with the bright orange-colored yew branches (see my last permaculture hack on the permaculture hack's that work page), just for holding the mulches in place.

Before I go ahead with this plan I am going to check with the neighbors about whether they spray anything.  But I thought this idea would be helpful for people working in small spaces.

I also was thinking of taking a weeding job and chopping and dropping there, then cleaning it up after and taking the weeds home, but it'll be much easier if I can just use the nextdoor neighbors' stuff.
---
By the way, I think it would help clarify the Badge Bit if it said. "chop an area of at least 150 square feet and drop on an area of at least 50 square feet")

I think for this BB you have to do the chopping and the stuff you chop has to be the thing you're dropping.  I'm guessing there's a public space nearby (ditch, park, etc) with stuff you could chop and drop somewhere useful?

I think for this BB you have to do the chopping and the stuff you chop has to be the thing you're dropping.  I'm guessing there's a public space nearby (ditch, park, etc) with stuff you could chop and drop somewhere useful?

Not quite sure what you mean here but I chopped from everywhere I could on this property and dropped on the parts where I have plants I want.

Then my hack is to replace some of the grass biomass that I stole for the Badge Bit with foreign grass to help out the lawn and keep landlord happy-ish.  (He's been great!  Thanks, landlord!)

a) shopping area a), the yard in general, corners where the lawnmower doesn't reach, then mowed (hand-powered mower) the lawn part too on low setting (I'll replace that biomass if I can, if not it's only lawn)
b) the yew hedge
c) the Carrot Corridor
d) the front yard
e) the Virginia Creeper wall

posted 1 year ago
Approved BB submission
And Area I'm prepping for a next year veggie bed.

This location grows. very quickly I will have to do this may be 2 more times this year. Lots of poke and young staghorn sumac.

S Greyzoll
Posts: 78
33
posted 1 year ago
Is mowing included in “chopping” or does it need to be by hand methods?

The reason I'm saying sickle bar mowers may work is because they leave you with long pieces of grass to mulch with, vs a mower that gives you little bits.

The ideal is to have a plant you want to mulch, select some undesireable plants nearby and cut them to drop around the good one.  Next best is to chop an area nearby and relocate it a short distance to your mulch area.

Kevin Wilson
pollinator
Posts: 174
Location: Powell River, BC
91
I like...