Where do you chill?

posted 1 year ago
Why, in the hammock along the creek, of course.  The hard part is deciding which way to face!  I am happiest if I can look back at the day and have spent at least a few moments rocking in the hammock, listening to the burble of the creek.

posted 1 year ago
Next to the rainwater tank with my husband and our dog Izzie. It's a lovely cool spot. 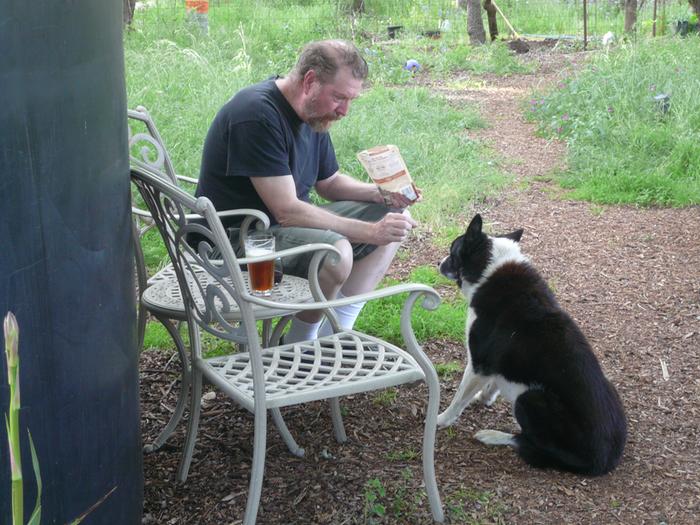 Dale Hodgins
Posts: 9002
Location: Victoria British Columbia-Canada
670
posted 1 year ago
Wherever I am when the day ends. Sometimes that's at a job site, where I'm sleeping and other times it's wherever I park the vehicle that I often sleep in.

I also find myself chilling at Starbucks or some other place like that, because I need to charge up to eight batteries for my cordless equipment and make overseas calls on their Wi-Fi. A nice comfortable place that I don't have to clean. It does cost something, but I've sold upwards of $50,000 worth of work and materials to the people I met at Starbucks.
Jay Angler
gardener

posted 1 year ago
Friday nights a chill at a friend's house and we build picture puzzles (recently a difficult one with a dragon) or play board games.
When I've been doing heavy jobs, I often chill by reading neat stuff here on permies dot com!

posted 1 year ago
I like to chill in the mountains by going hiking.

I find the combination of the physical exertion and the splendid grandeur of the view to be very relaxing. 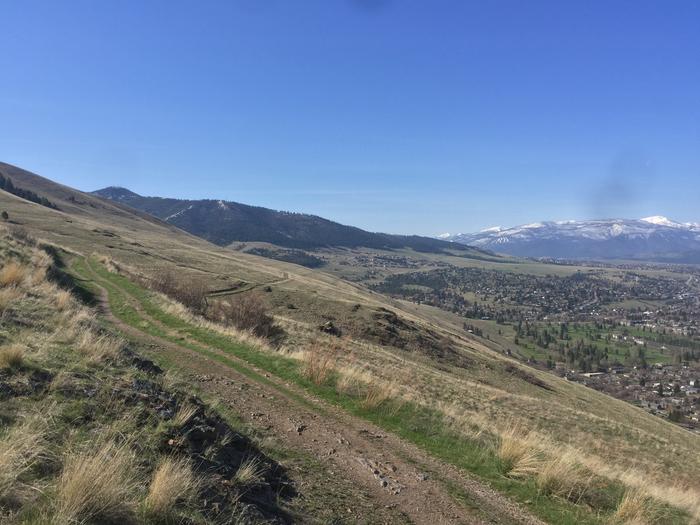 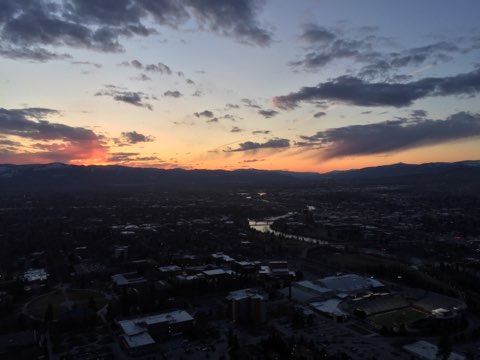 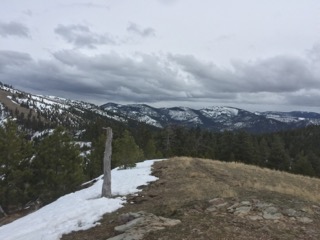 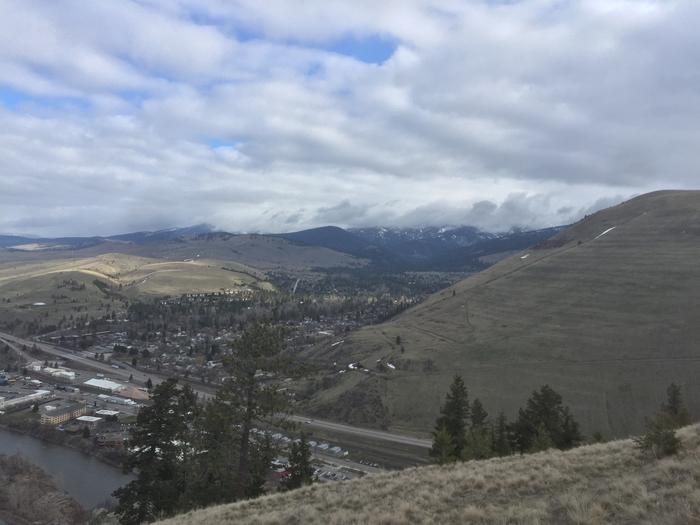 And even the cloudy days can be enjoyable. It was awesome to see the city disappear one night when I watched the clouds roll in. 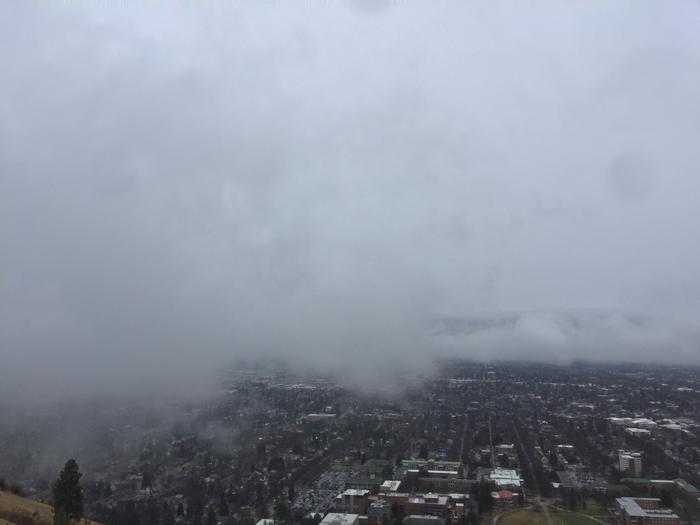 posted 1 year ago
Out on our hill.  Looking forward to getting the house built so we can start living there.
171104_06.jpg 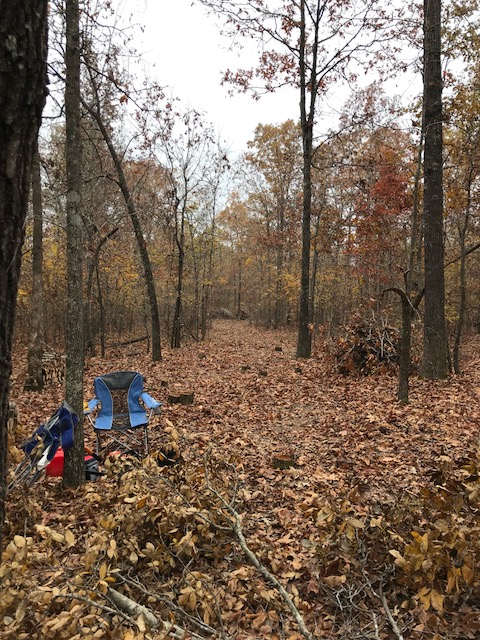 posted 1 year ago
Bob, I agree with Tyler, hopefully you get to camp while getting ready to build!  Camped in an old smelly trailer for about 4 years, mostly on weekends, before building.  I got rid of it once I did build (it came with the property, and was really pretty old and nasty) but kinda miss that old camper!  Something about laying in bed and being able to reach the fridge AND the coffee maker that was pretty cool!

Now I know why they say you should observe the place before diving in with both feet.:-)
Bob Gallamore
pioneer
Posts: 105
Location: Southeast Missouri
36
I like...

Now I know why they say you should observe the place before diving in with both feet.:-)

We are fencing in an area for our dogs so we can take them with us and camp on some of our work weekends.  That will save a couple hours a day of packing and driving.  We've been working on the place for over a year and have been through all seasons and some torrential downpours.  There is a wet weather stream at the east border of our property, but it is 400 feet away and 18 feet lower than the house site.  The house site is 1/3 of the way from the top of a gentle slope.  There are enough trees and organic material that even in a torrential downpour the runoff doesn't swamp the house site.

I love a stream and wouldn't mind having property with a year round stream or river.  That land tends to be really pricey if it has decent building sites, or very cheap if you need to put the house on stilts!  We've had several people in the alternative construction community urge us not to decide on the house site until we had spent time on the property in all seasons.  We did that before settling on not just where to build, but how to lay out the homestead.  For instance, we are putting the compost bin, rabbit hutch, and chicken coop in a different location since we have seen how the prevailing winds blow.  They will now be DOWNWIND of the house instead of the original location we had picked.  That would have been unpleasant!

posted 1 year ago
We "chill" outside our front door, we have two chairs with a table between them and we can look out, over the mountains and just enjoy our view of our little part of the world.
Iced tea is the usual refreshment that we enjoy both during the days and when we star gaze at night.

posted 1 year ago
It depends on how much time I have. If I am applying icing and need my sponge cool in a hurry, a blast chiller/freezer is my choice.

Oh. I see what you mean.

The kitchen, when it's inclement, or the living room, watching Netflix or playing boardgames (Cataan) or cards (canasta). And listening to our vinyl collection.

When the weather's nice, I like to garden in the backyard where I have a raised bed (I am renting, not at my parent's place where my hugelbeet still lives) and the composter (I like composting way too much).

Though in the city, when I need some natural space and even visiting my parent's backyard won't do, there's a large urban park here (High Park) that seeks to maintain and preserve the native oak savannah, and a zoo with bison there that I like to visit.

There's also a peninsula made of urban infill called the Leslie Spit where you can walk out into the areas being naturalised. Lots of pioneer species and a cool look at what starting from scratch can progress to.

Sometimes, you really need a break from urban life, and mostly all you get is a brief sojourn off the beaten.

posted 1 year ago
Another favorite spot - I didn't catch it in the picture, but this overlooks the creek.
Granite-perch.jpg

posted 1 year ago
I'd have to get out of town because to 'chill' is near impossible in Manila this time of year. But I really like your hammock and the scenery. Reminds me of my favorite city up in the mountains 260km north. It's called Baguio.

I remember someone at linux message boards in the late 90s with the same sig - would that be you?
Craig Slowey
Posts: 6
posted 1 year ago
I like to chill out almost everywhere on the farm, I just try to avoid my buddy.

Teaching people how to excel in new skills, Self-Preservation, Permaculture and building a Sustainable Lifestyle.

posted 1 year ago
At my house, the best place to chill is right outside the back door.  Against the north wall of the house I have a patio set which mostly stays shaded.  It's just outside the canopy of a huge mango tree, and there is usually a breeze in this part of the yard.  I have a couple of stunted cacti on the table, which really sets the mood of "chill".  It's the best place to stop and drink a nicely chilled seltzer water, as you sweat it out in the garden/food forest.

Don't judge each day by the harvest you reap, but by the seeds that you sow.

posted 1 year ago
I know what you mean, Pusang, I have been to Manila a few times - a tough place to chill in Summer for sure!  We did escape somewhere an hour or two outside of the city, a mountain area, but I forget the name - was much cooler there.  I don;t think it was me on the Linux message board.

posted 1 year ago
At this point in my life, hammock slung between tree and tractor! 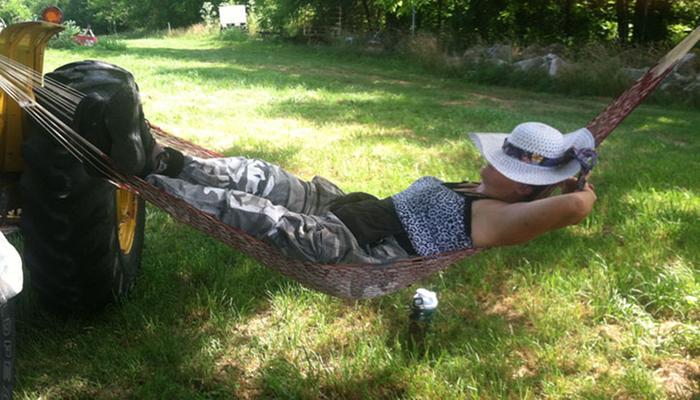 I had a welder putting a step on the tractor so I can get on it, I gave him a couple of racks of hooks I made (cut off the edge of a cattle panel, curved the ends into hooks) had him weld them to the loader arms. He asked why, I said "to carry tools, or a chair, or to sling my hammock!" He thought I was joking. Nope. It works well :D

posted 1 year ago
Now THAT is a great use for a tractor, Pearl!

posted 1 year ago
I have a specific place, and yet I do not...For me, I just try and get out in the woods, though it might be in any given point of the compass.

Years ago I used to feel I needed an excuse, and so I would grab a rifle and say I was "hunting". I have NOTHING against hunting, but I saw enough death at Ground Zero, so I have dispensed with saying I am going hunting, and just head out into the woods. I often feel guilty about it, as it is typically a nice day out, and so I should be doing something productive, but...

Over the winter I discovered that our farm has very interesting geology, and so I have been out and about searching for mineralization.

posted 1 year ago
Nothing I like better than a wander around the property with the family. Be even better if it hadn't snowed most of today preventing it. It's the mud that keeps us in.

Artie Scott wrote:somewhere an hour or two outside of the city, a mountain area, but I forget the name - was much cooler there.

Was there a lake with a small volcano? that would be Tagaytay. The only other elevated 'chill' zone within two hours would be Antipolo. Right now urban sprawl and inevitable heavy traffic has made daytime travel out of the city a hideous ordeal.
Travis Johnson
pollinator
Posts: 4958
1154
I like...

posted 1 year ago
Having Brunch is always relaxing! :-) 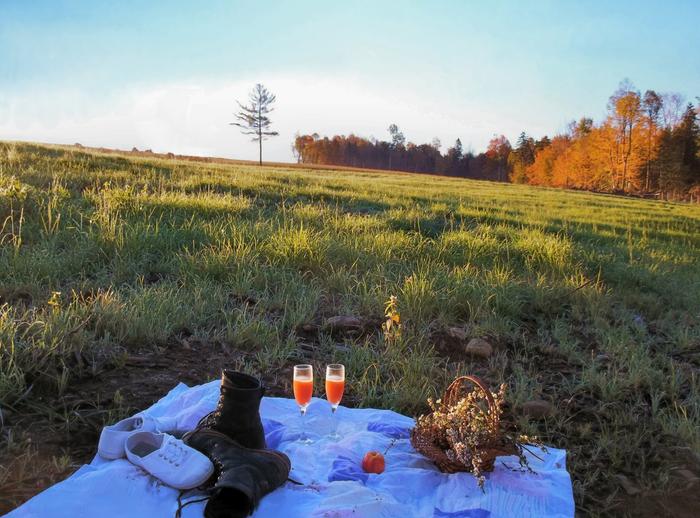 posted 1 year ago
Here is where I like to have my morning coffee.

posted 1 year ago
That’s right, a county line cattle trough is about as good as it gets this time of year!  I fill it in the morning and visit several times a day as necessary!  Great place to watch the sunset with a favorite beverage, too!  Then the plants get a nice drink.