Crazy Things that Cat Lovers Do

posted 1 year ago
People who love cats have the biggest hearts!

Behind every great person, there is a great cat! 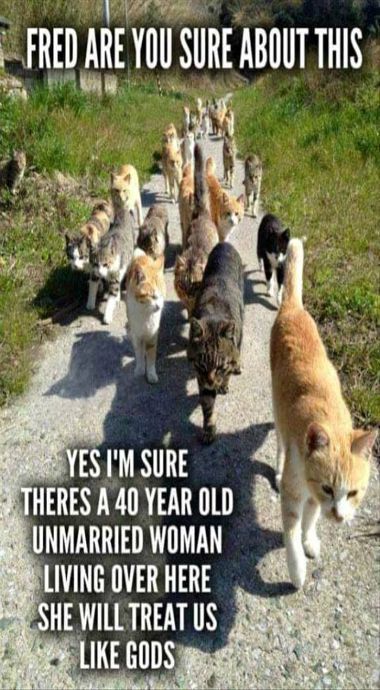 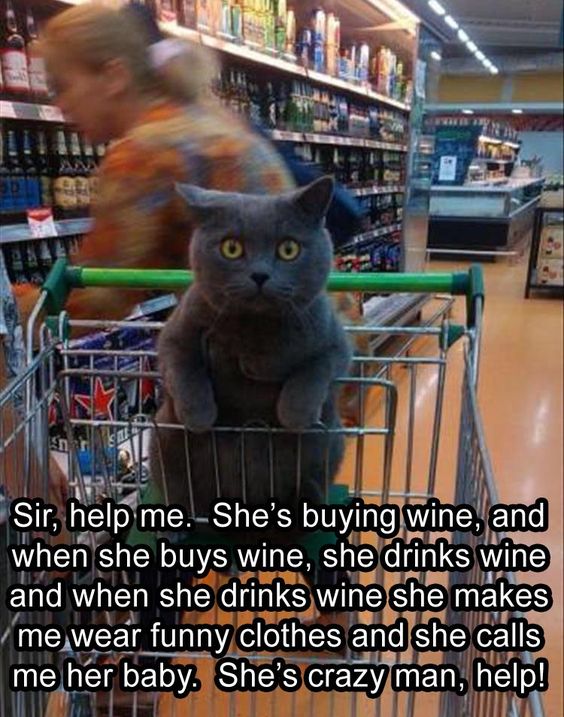 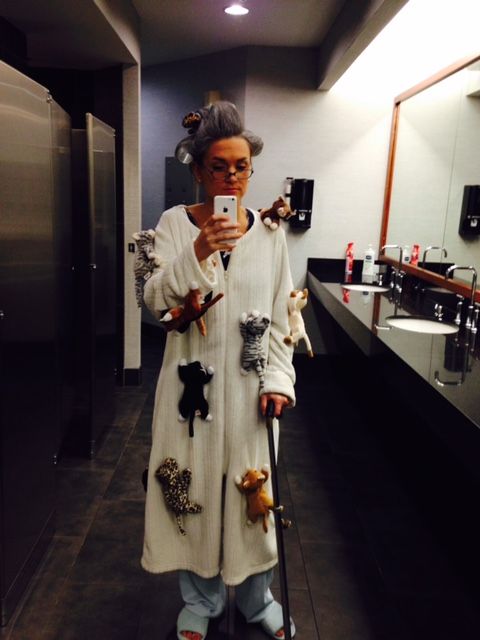 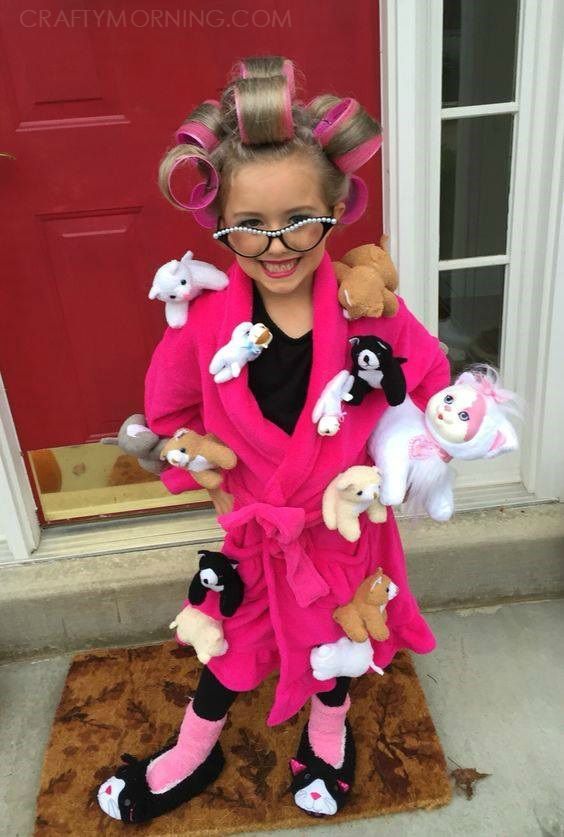 posted 1 year ago
I like the first picture, I SWEAR my last house had a big sign out front in cat language that said "Sucker, will feed ANYBODY that looks pathetic!" 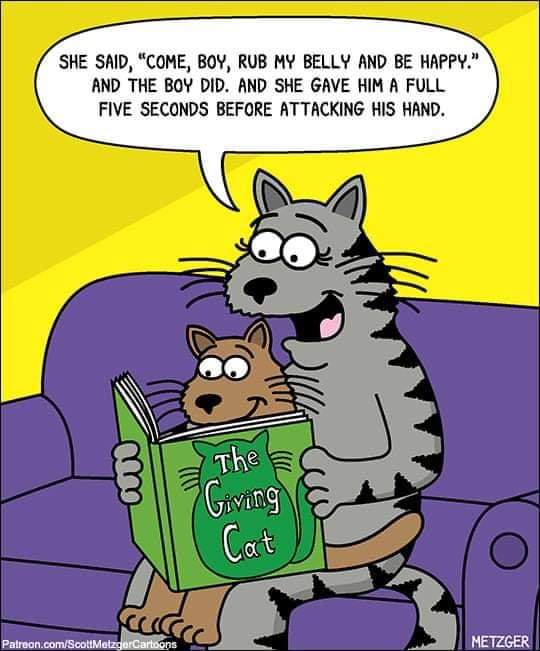 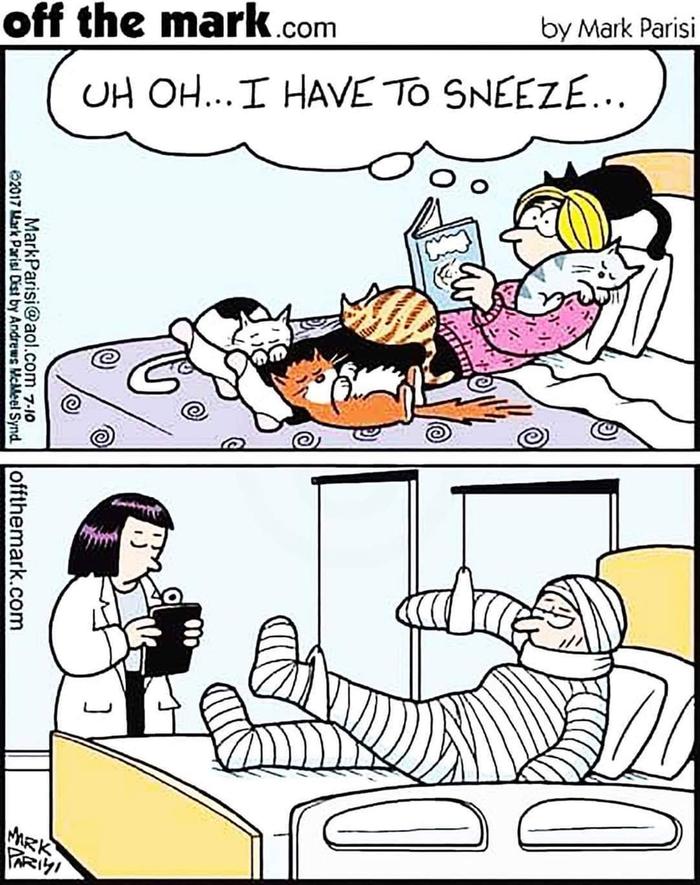 posted 1 year ago
Probably about a year ago, we set up my massage table in the living room to use for it's intended purpose. I imagined it would be put away shortly after use. But before we did, the cat discovered it and decided it was her favorite basking spot. So naturally, we've been moving it back and forth everyday since so that she can have her "bed" and we can still use our tiny living space (about 11' by 17' for both living room and bedroom).

* Sit uncomfortably for ages through hunger/boredom/lack of caffeine or a full bladder because the cat is comfy on your lap and you don’t want to upset them by moving.

* Talk to the cat as if they are human, including filling in their half of the conversation.

*Smiling smugly when your cat very clearly demonstrates their preference for you over your partner - and being kinda jealous if they seem to prefer him!

posted 1 year ago
Back at my first house years ago, I had 2 cats and noticed the feral cats would wander by to look in the patio door at them. So I put out a water bowl for them and yada yada yada, I had 5 feral cats sleeping in a dog house on the back porch with food and water bowls nearby. Had to put my foot down one night when I looked out the window to see several cats curled up on the pillow and blanket (they were worn out already, I swear) in the dog house, watching as a raccoon twice their size was munching on the food, dipping it in the water. So food was put out in the morning only after that.

I did come across a cool non profit called Cat Snip, where they give you a humane trap and you take the cats to the vet to be spayed/neutered and paid by a voucher from the non profit. If they were too wild to adopt they come back with you and released so you don't create a vacuum that other cats would fill. So I had 4 of 5 that returned with me and were still there when I sold and moved out of state, I felt bad leaving them "all on their own". But at least they didn't have to also raise more feral kittens afterwards.

posted 1 year ago
IF you are feeding outdoor kitties, I highly recommend NEVER leaving food out for longer than 30mins. Pet food is notorious for attracting everything from birds (crows, etc.), rodents and of course Raccoons and other animals.

As the previous poster noted, Raccoons and cats generally get on with no issues, as they are strictly defensive creatures. In my almost 30 yrs of dealing with "problem" raccoons, the only time there was an issue was when the Cat was extremely territorial, and attacked everything that entered their "zone".

My foster kitten, 1 day after release from 3mths in isolation (due to a VERY challenging, virulent, and resistant, ringworm fungal infection that also infected me, the spouse, ALL 11 dogs...). Click on the small pic on the lower right to avoid downloading. It is 4 mins of boxing and wrestling, and quite humorous!  https://share.icloud.com/photos/0AQd1BCIpcZXVPL3JZwJydxVQ 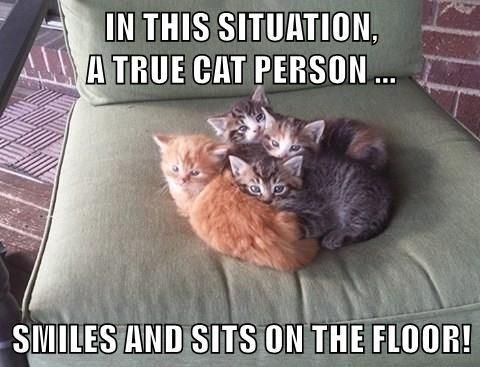 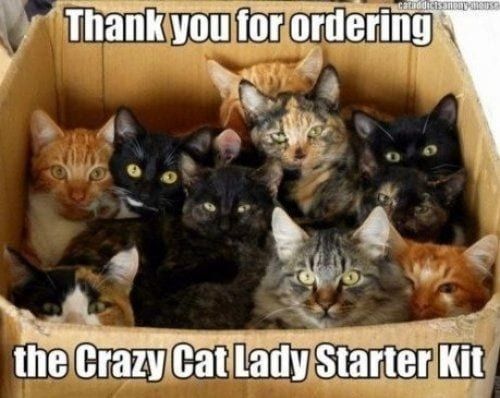 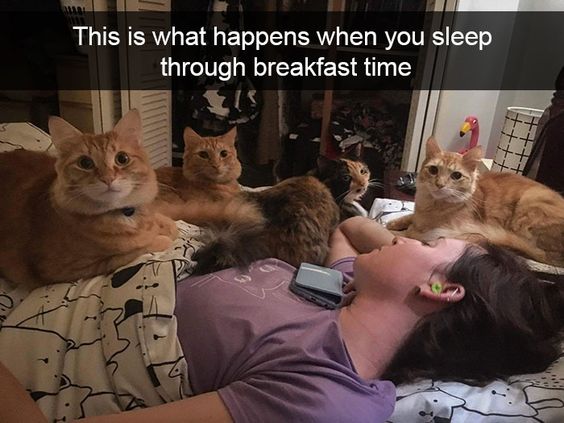 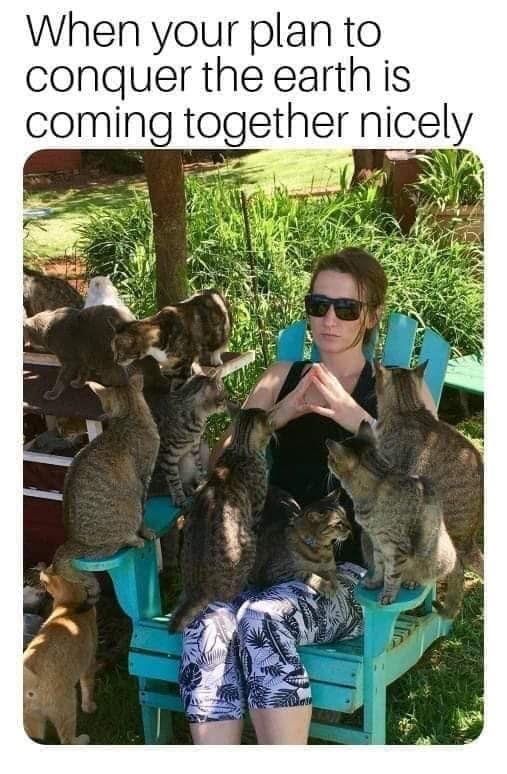 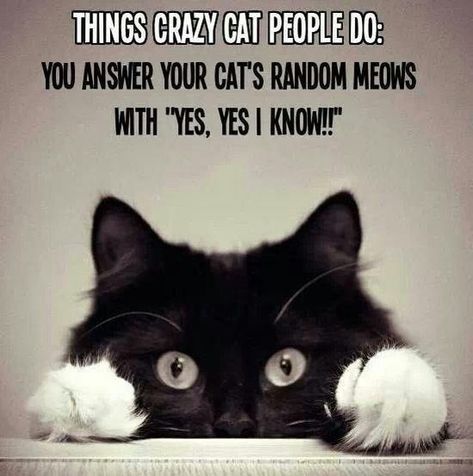 And buries their nose in the pile of kitten faces!!!
Dc Stewart
pollinator
Posts: 310
109
posted 1 year ago
Essential item for a cat household. 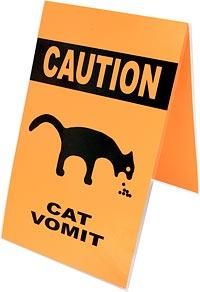 Devoured by giant spiders without benefit of legal counsel isn't called "justice" where I come from!
-Amazon Women On The Moon

Michael Dotson
pioneer
Posts: 284
59
posted 1 year ago
I'm not a cat person. Just never got attached. We did have a house cat that lived for 18 years, but she liked me a heck of a lot more than I liked her. Recently, a couple of cats have adopted me. They have determined I'm the one who will feed and care for them. I finally got the bigger cat to come get his ears scratched, now I can't get he bugger off me. I leave a little milk from my cereal for him. It's taken days to get him to understand I come first. After me, he's first.
So, this morning I put his milk down for him and as he's lapping it up I spy a dark spot on his bung hole. On closer investigation I discover it's a tick. One of those big bastards with the white spot on it's back. Isn't that called the Lone Star tick or something like that?
Being the empath I am, it bothers me to see a tick on a critter, especially where it had attached itself. I couldn't imagine trying to pull a tick from there with naught but my teeth, so I needed to get it off him.
I got my hemostats from my tackle box, started giving him a good scratch and readied my tool. Cats don't stand still for scratching. They move and twist trying to get more scratching done. The hemostats hovered over the tick for a second and I went in for the grab. Apparently I got a little bit too deep and musta found cat meat. He screamed and took off running. He stopped occasionally to swat at the hemostats but that hurt him and he took off again.
He came back a while ago. The hemostats are gone, but the tick is still there. He eyed me pretty hard, I guess, wondering if I had done that to him. I won't fess up, either! I think I'll let the tick fill up a bit more to get a better grip on him and I'll have help!!! I might only get one more shot at this!!!
Anne Miller
master steward

posted 1 year ago
Tweezers work great for that if you don't have them, you might try pouring some hydrogen peroxide on the tick to see if the tick will release its hold.

I know alcohol works but I don't think you will want to try that.

Anne Miller wrote:I know alcohol works but I don't think you will want to try that. 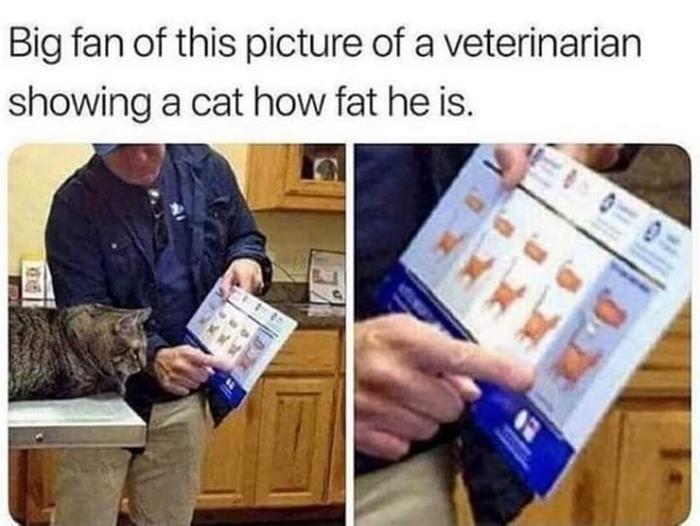 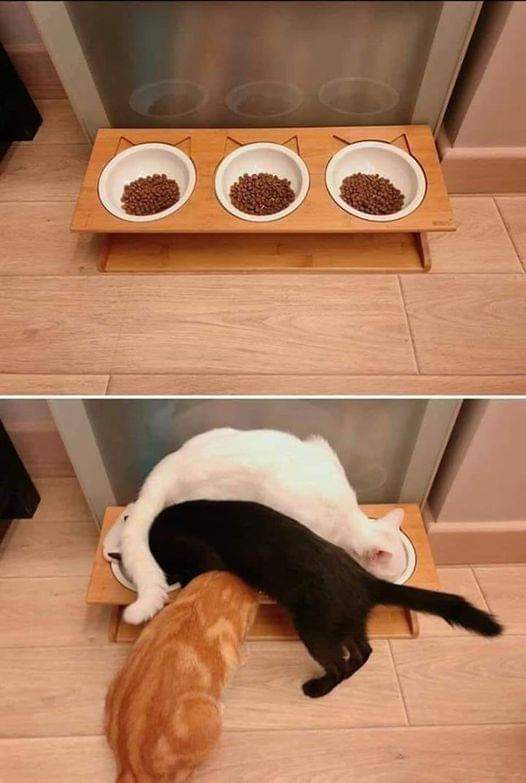 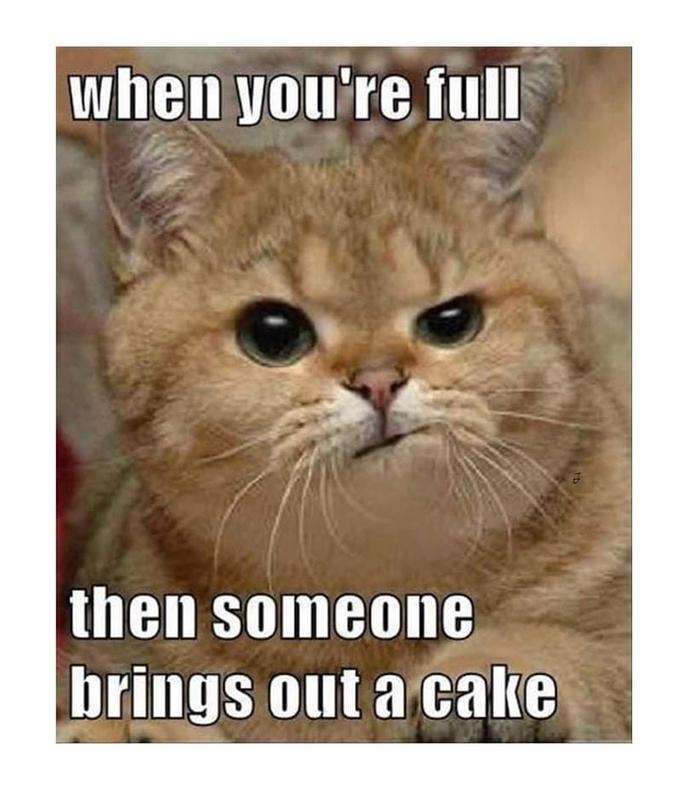 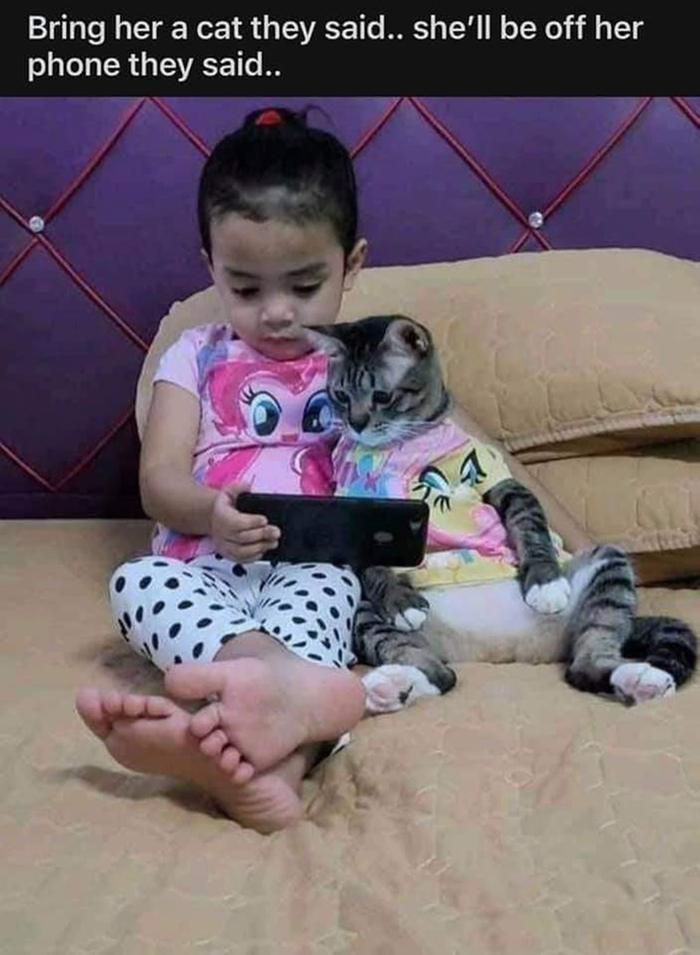 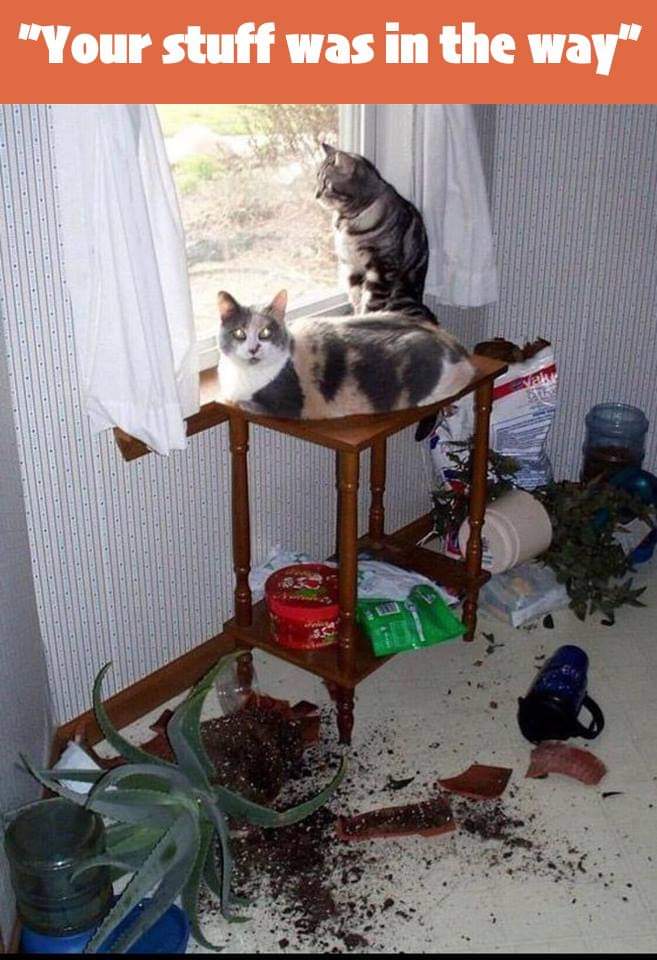 posted 1 year ago
I have a cat that will only pee on paper. I fought it for a while. Then eventually accepted that we just have to keep two boot trays next to the litter boxes. Newspaper in the boot trays. Needs tended daily. Oof. This is my life.

I got my cat to sit still with the belly on the thigh and the head above the knee. He likes to sit there and lets me remove as many ticks as I want until I tell him I am done.
The dog is much more challenging as he wants to see and smell what I do ... 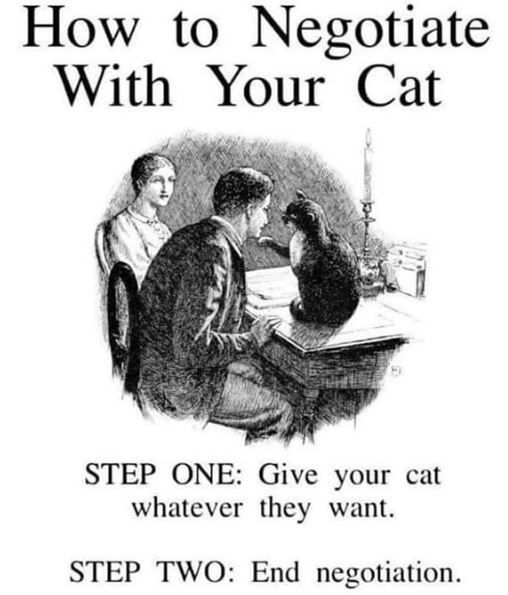 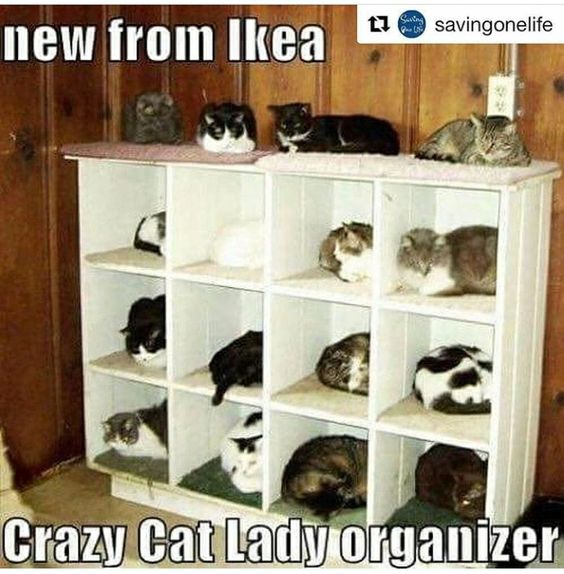 posted 1 year ago
looks like a nice winter project for a cat lover! 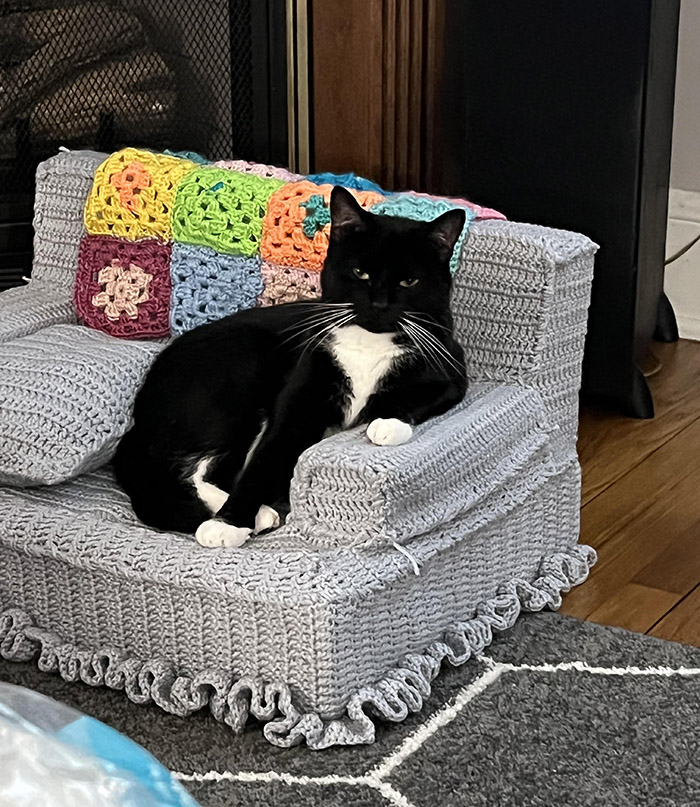 posted 1 year ago
Cat lovers give up the seats rather than disturb the cat.

My heart is sore.  Despite our best efforts for the stray kitten who wandered onto our plot in Portugal, she passed away this month.  She truly won't be forgotten.
20211030_143603.jpg 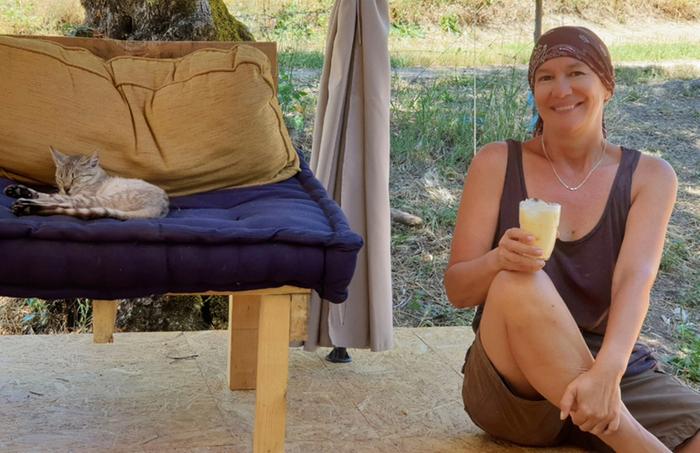 posted 1 year ago
"They all had a meow that night!"


And he said, "I want to live as an honest man, to get all I deserve, and to give all I can, and to love a young woman whom I don't understand. Your Highness, your ways are very strange." 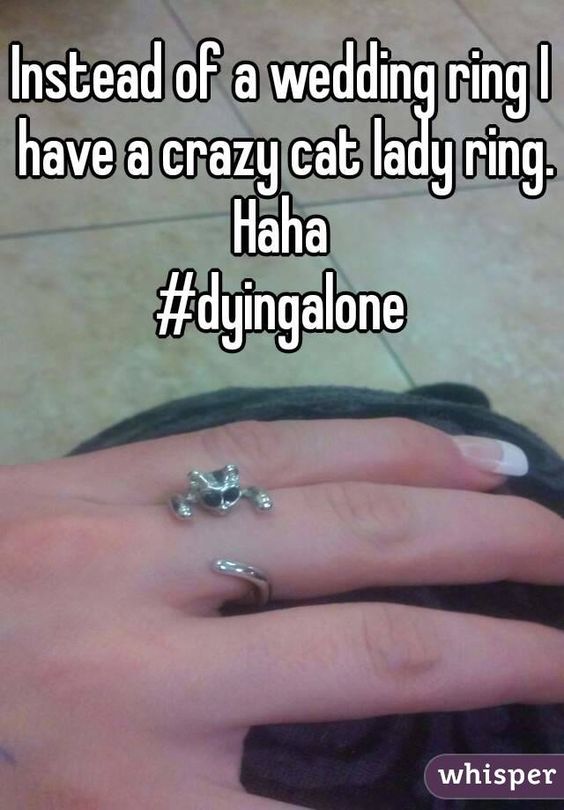 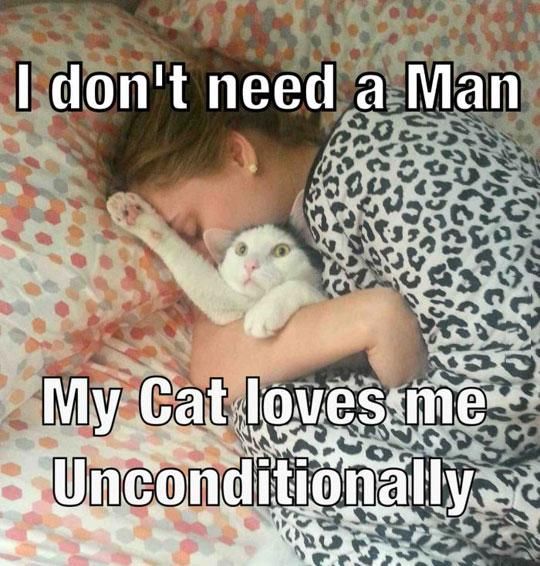 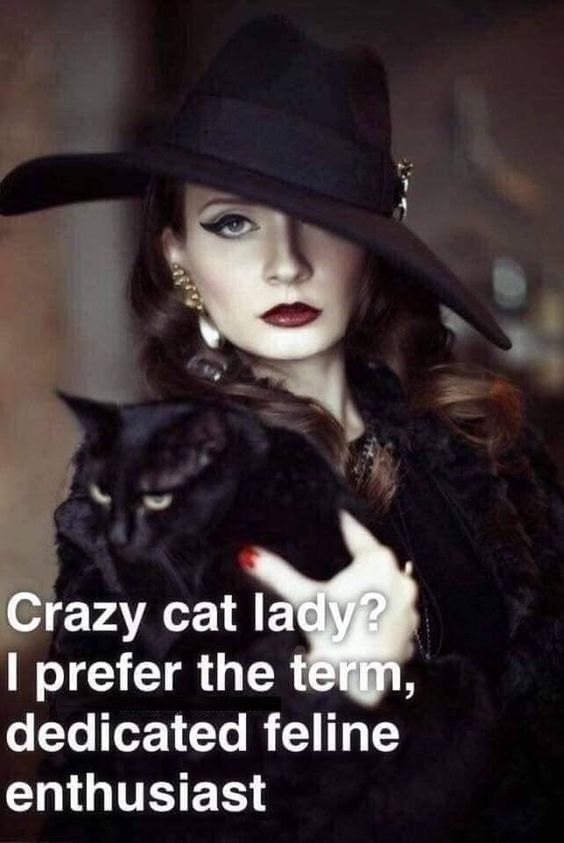 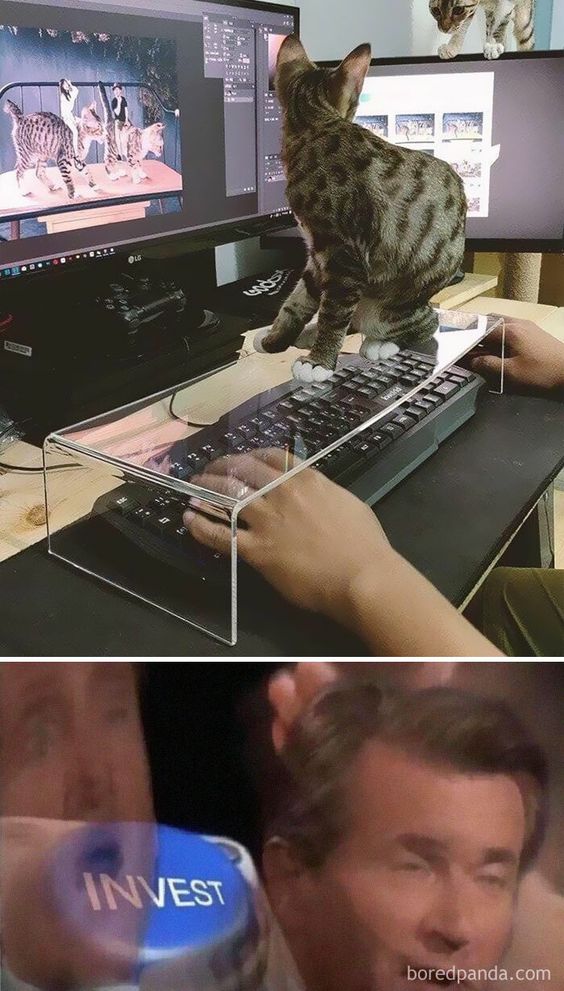 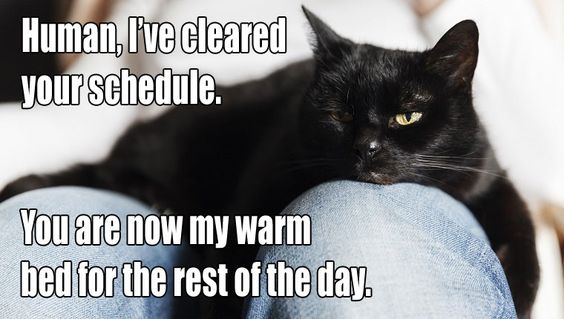 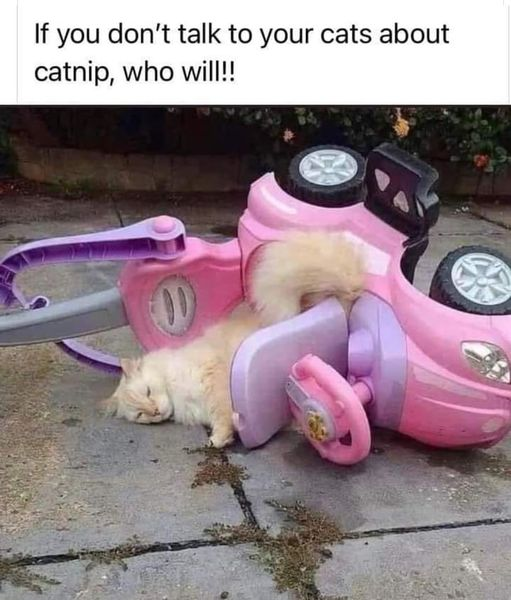 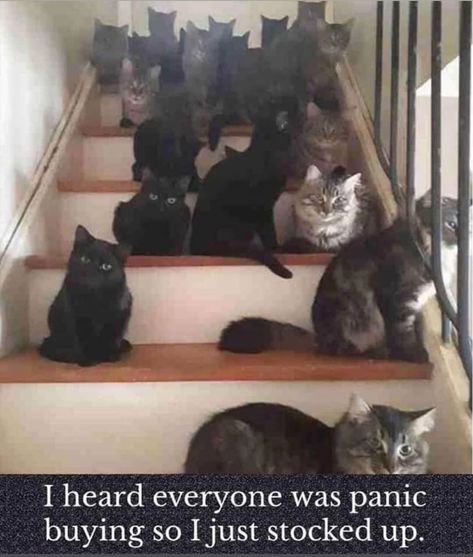 posted 2 months ago
This is a T-Shirt at Etsy: 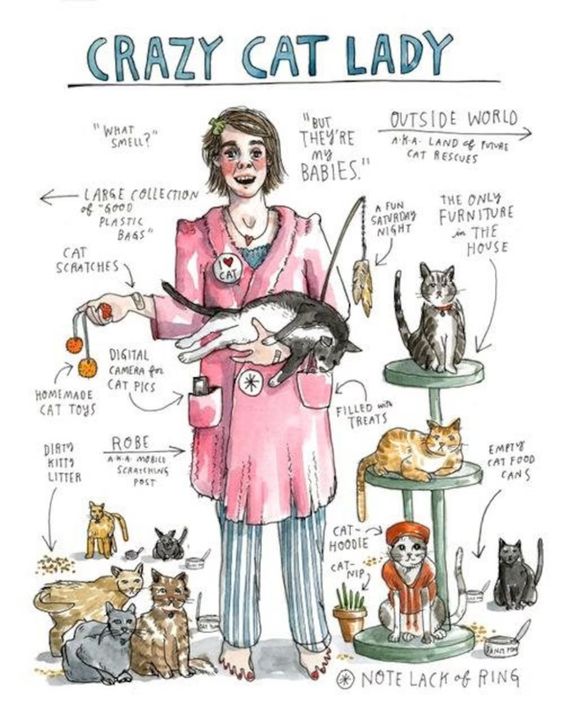