rocket stove cooker? Imagine I know zilch about rockets (but a bit about cooking with fire)

posted 6 years ago
That's terrific! Thanks for posting all the pictures and reporting how well it worked. Cooking sausages with a handful of twigs sounds like a pretty efficient cook!

posted 6 years ago
It's been a lot of fun. I'm thrilled with everything I've learned and am eager to discover how I can improve the design for next time.

The one thing I've firmly decided is that I like a solid platform for the pot. This is especially important as I can't control the temperature, so I want to move the pot around to suit the situation. This wouldn't be so important if I was only boiling, but for stir fry and frying, it's vital for me. Also, I like using heavy pots, so I wouldn't want a stove that isn't stable. The weight of this stove is just right for my style.


The ultimate goal is to convince the others that we could have a rocket cookstove in the home. This is going to need a prototype with a chimney. Since the tin can and cob has been so impressive, I think I'll use the same materials again. Could you point me in the right direction to design a cookstove like this?
IMG_0971.JPG 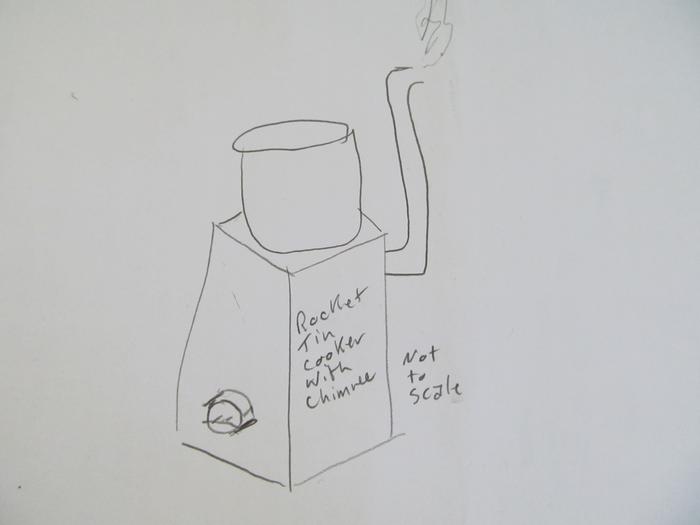 R Ranson wrote:
The ultimate goal is to convince the others that we could have a rocket cookstove in the home. This is going to need a prototype with a chimney. Since the tin can and cob has been so impressive, I think I'll use the same materials again. Could you point me in the right direction to design a cookstove like this?


There is such a beast designed already. The problem is that it needs to be designed around the pot. The chimney has to exit above the bottom of the pot to cook well and so the pot skirt has to seal against the pot quite well. The model I have seen uses a large pot (able to rice for a school kind of thing) and seems to be designed for cooking things where the contents are high water content like stew/beans/rice/porridge/etc.

The exhaust of a rocket cooker should be no worse that a propane or natural gas fired stove which as you may have seen uses open burners and a vent hood. I have in the past thought it might be possible to make a rocket powered vent hood, sort of like your cooker, but with a much higher flu (right out of the building

). I don't know how well that would work and it is a less trivial project than the cooker itself (as any vent hood would be). Having a fire to feed over your head as well as below the food may be a bit much for some people. A solar powered hood may be just as effective.
Len Ovens
pollinator
Posts: 1481
Location: Vancouver Island
56
posted 6 years ago

Len Ovens wrote:
There is such a beast designed already.

And some notes on how well it works:
Institutional Barrel Stoves in Northern Uganda Theory vs. Reality

If the above urls don't work... search on the aprovecho web site for "Institutional Rocket Stove" and "Institutional Barrel Stoves in Northern Uganda: Theory vs. Reality" should get you there. (the above urls may be linked with my ip or something silly like that)
Satamax Antone
gardener

Posts: 3454
Location: Southern alps, on the French side of the french /italian border 5000ft elevation
180
posted 6 years ago
Ecofogão

Tho, i think it needs a higher heat riser. And when you delve into this. For the ease of feeding, it would be good to use a J tube instead of a L. But with a J it is even harder to control the heat output

Posts: 3454
Location: Southern alps, on the French side of the french /italian border 5000ft elevation
180
posted 6 years ago

posted 6 years ago
I really like those ecofogao stoves!

I can see this one as being the stove for us. 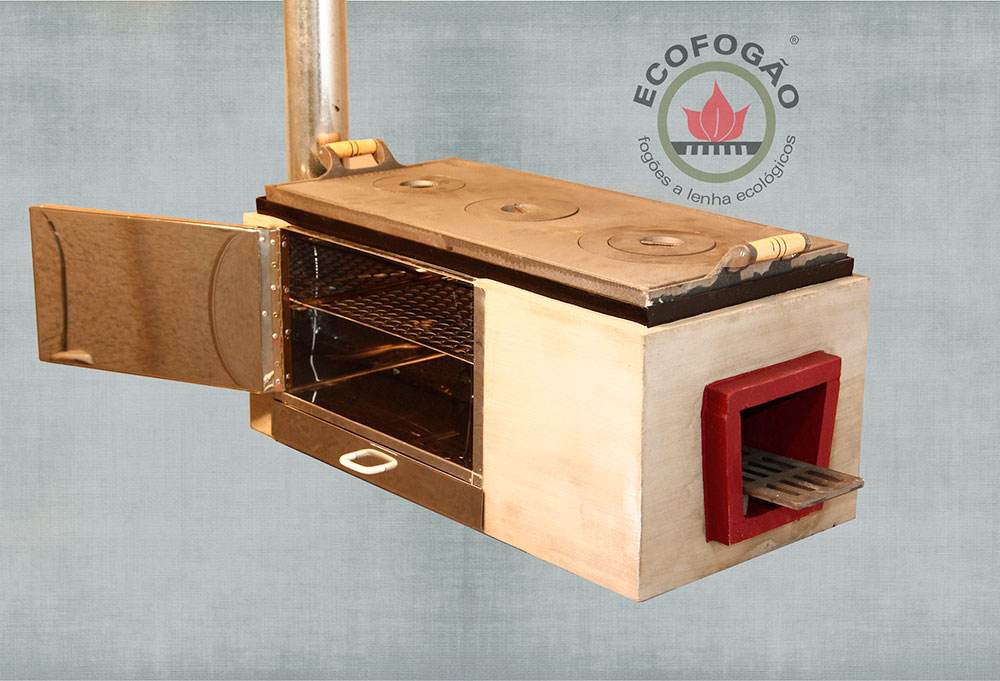 It's probably a bit pricey to import it all this way, but maybe I can make something similar? Or maybe if I could provide proof of concept by making a test version, then it would justify the expense.

Using that for inspiration, instead of fitting the stove to a specific pot, how about a cast iron griddle on top then the chimney... somehow? I don't know.

Posts: 3967
Location: Upstate NY, zone 5
389
5
posted 6 years ago
For fairly simple and cheap, I did this last year.
It could be improved by cutting a pot-sized hole in the top and adding seat tabs so it could work like an old iron stove with removable discs. As is, it is easy to move the pot for heat control. It's important to have the riser top as close to the steel plate as possible while maintaining CSA for airflow.
IMG_0773-w600.jpg
IMG_0915-w600.jpg
IMG_0615-w600.jpg
Glenn Herbert
Rocket Scientist

Posts: 3967
Location: Upstate NY, zone 5
389
5
posted 6 years ago
For less mass to build and incidentally less heat buildup if indoors, I made the shell with honeycomb construction so there are air pockets surrounding the core. You might want to fill them with perlite-clay for a top-grade result.
Satamax Antone
gardener

There's always a way to scavenge a cast iron top!

posted 1 year ago
What an awesome thread. I was searching the site for ecozoom and this one came up. I’m going down the same road, so plenty of reading material here.

K Putnam wrote:Last year, I bought the EcoZoom with the cast iron top as an emergency preparedness measure.  A bit spendy when you can make your own, but it works great and it is there if the power goes out following a big winter storm.   The cooktop is a nice feature.  It doesn't get super hot, but it can help keep pans and the edges of pans warm.  I've made large pots of chili from start to finish on it in a big dutch oven.  So, having a sturdy cooktop that holds heat rather than insulates against it might be nice.

So five years on - do you still have the EcoZoom? Care to share your experience? Thanks