Seed question -- can you plant birdseed?

posted 4 years ago
I was looking at those bags of wild bird and squirrel food at the store and wondered can they be planted?
eaten by humans, chickens other live stock?
as you can get big bags really cheap.

and what about that fancy dry Indian corn they put out for decoration at thanksgiving? 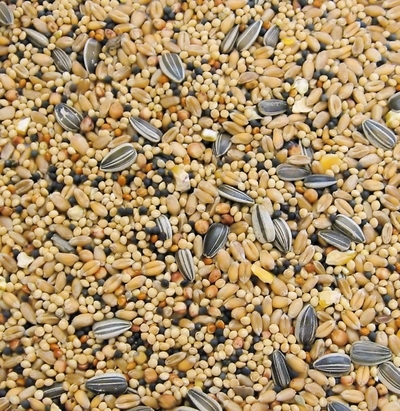 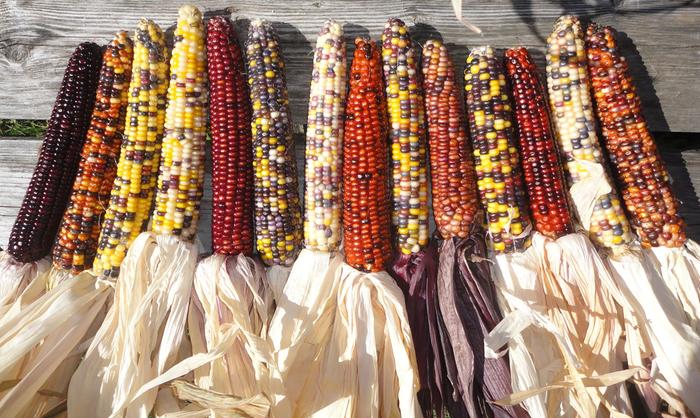 posted 4 years ago
Birdseed and Corn like this may not be as viable as purchasing fresh seed.  You would have less germination than a fresh ground cover.  I have a bird feeder I move around the garden because I don't have chickens.   Once in a while, I will get a patch of volunteer sunflowers coming from the birdseed.  The birds are planting it or I'm spilling the seed when I fill the feeder.

It all comes down to germination.  You probably won't get a high germination rate but you probably will get something to sprout.  I say try it and see if it works.

posted 4 years ago
They'll probably sprout and grow based on my own experience like Scott's, with birdfeeders.   But I doubt that those products are non-GMO organic.
Personally I don't want to grow anything I eat myself or my chickens or pets that I can't verify its source.
Jeffrey Carlson
Posts: 28
Location: Greene County, NY Zone 5b
13
2
I like...

posted 4 years ago
I've had luck getting 5 scratch grain chicken feed to sprout for my chickens, even the cracked corn. But at that point I fed it to them. I'm sure they would all grow just fine. And like everyone else with bird feeders, I've seen some of the things from the scratch grain start to grow in my lawn after I moved the chickens. Regular bird seed might work as well. Soaking it for a while probably would help.

As for people eating it, they probably aren't the best tasting varieties of whatever plant the seed is for. I'd try it out though.

posted 4 years ago
I wouldn't worry about the seed being GMO. Those seed producing crops aren't valuable enough to put in the expense and research to insert GMO genes. Canary seed, safflower, thistle, etc aren't major enough crops. As for being organic, most likely not. But then, just about everything isn't really organic, even the stuff that claims to be. There gets to be a point where you have to give it your best guess and make a decision.

Whether or not the bird seed will sprout depends upon how it was treated and handled. If stored or transported for days in a closed cargo container in the blazing sun, it probably won't germinate. But shipped locally or overnight, stored under shelter, kept dry....it most likely will grow. I find that here in Hawaii it's a miss & hit situation, depending upon where the seed was located inside the shipping container.

When I first started my homestead farm, my back 14 acres grew little edible for livestock pasture. For the first year I scattered bird seed mix (because a neighbor had several bags in his shed that were starting to mold, so he gave them to me) in the areas where I had removed dense saplings, ferns, brushy overgrowth. It sprouted. It gave a decent cover and provided some feed for sheep many months later. I don't use bird seed now because it cost far more than whole oats, which I now use. Oh yes, I lightly raked the seed in which helps with better germination and protects more of it from the birds.

I don't know if the Indian corn is GMO or not. Most US sweet corn and standard field corn is GMO of one sort or another. But Indian corn is a specialty crop, so I don't know if the GMO technology has been applied to it yet. I'd have to contact seed companies about that question. But there are plenty of Indian  corn varieties that are not GMO. But you wouldn't know what you have when buying the decorations at the supermarket.

posted 4 years ago
I've thrown birdseed in the fallow garden bed on occasion when it was free and I wanted something to cover the bare dirt. The millet and canola/oilseed sprout up good and quick, the sunflowers take longer, there may be other things like oats that take even longer. The stuff I had was not irradiated, that may be something else to think about if you are in the US and the grains are imported, might affect germination. You could always sprout some up in your kitchen and see.
Bryant RedHawk
gardener

posted 4 years ago
Plant that bird seed, it contains millet (the small roundish white/tan seeds), sorghum (the red flattened sphere seeds) and oil sunflower seeds, (if there are any smooth very light colored seeds in it that would be canola seed) all are non-gmo products so no worries about that.
I also see hard and soft wheat in there, also good and most likely non-gmo as well even though there are wheat seeds that are gmo, most still are not, the ones that tend to be gmo are the durhams used for pasta flour.
We have an area that we are planning to spread around four large bags of "bird seed" next spring just to have thick cover on that part of our south slope.

Indian type corns are usually dent varieties and they are not gmo since they are not a commercial grain crop.

If you worry about gmo, think vast fields of monocrop, those are the products the commercial folks are concerned with, edamame (soy beans), durham wheat, flint and dent corns, cotton, these are the most likely gmo's.

Posts: 5838
Location: Cache Valley, zone 4b, Irrigated, 9" rain in badlands.
2430
posted 4 years ago
Even if the birdseed doesn't germinate, it's a great source of fertility for the garden. The microbes and insects will break it down into things that plants can use as food. Birds are delighted to gift your garden manure in exchange for the seeds, or for the insects that grew on it.

posted 3 years ago
Completely off topic but that beautiful corn pic reminded me of the corn palace. Fascinating to look closely at all the different types of corn they use to build it.

gina kansas
Posts: 27
Location: coastal northern nor cal
5
posted 3 years ago
I buy the large bags of sunflower seeds to grow sunflowers- millet germinates readily also- however the niger seed is irradiated because it is not grown in the US and will not germinate.
I do not buy it anymore but rather choose to leave the wild lettuces to grow for the finches to eat- I feel it is healthier for them than irradiated dead food. And don't get me started on sugar water for the hummers...

posted 3 years ago
These are good for planting newly disturbed areas. Without care they usually germinate to some extent and most get eaten in the first season, which is perfect for planting out other valuable species.
s. ayalp
pollinator
Posts: 314
Location: istanbul - turkey
113
5
I like...

posted 3 years ago
Sure, you can grow them for wildlife or as cover crop. It won't be ideal, but it is always better to have soil covered. I prefer to plant Foxtail millet to cover veg beds not in use.
One thing to watch out is that some seed mixes does include hemp seeds. I didn't know hemp and marijuana are different plants at the time, so it was a quite a shock when I discovered a half an acre "marijuana" field where I had seed bombarded. Turns out was hemp, but I pulled them anyways. I didn't want to explain the story of hemp family to authorities.

Greg Myers
Posts: 19
Location: Michigan, Zone 6a, Clay soil, 0.5 acre suburban yard with downwards-sloped hill to a wetland border.
2
posted 3 years ago
I doubt it will grow birds though.
Jincy Jalving
Posts: 30
5
posted 3 years ago
I throw birdseed down and let it grow as a ground cover all the time. Thick carpet of green. Then I turn it under and let it compost right where it is. Sometimes I'll let some millet go to seed so the pigeons and other birds can come in, have a nibble, and drop off some fertilizer. I let lambs quarters grow and go to seed for this purpose as well. Sometimes I go out there and trample things. I'm in the process of rehabilitating utterly barren desert soil, so I need this process to take place as often as possible. I have healthy populations of many small creatures, so it must be working.

Not sure if indian corn will grow or not. But all corn is edible-- if it cant be eaten raw, it can be popped or ground into flour. I grow several such corns on my property.

Mike Barkley wrote:Completely off topic but that beautiful corn pic reminded me of the corn palace. Fascinating to look closely at all the different types of corn they use to build it.

My grandparents lived 20 minutes from Mitchell.  My dad and uncles all played basketball in the Corn Palace, and as a kid, we'd watch basketball games there.  They still play hoops in the Corn Palace—my cousins all played there, and now their kids do as well.  We always called it the "Worlds Largest Bird Feeder".  Even with nets strung up over the murals, the birds still find a way to help themselves to an easy meal in the middle of the cold South Dakota winters.