you are getting your dog/cat spayed not spaded ok.

Gwen Lynn
Posts: 736
posted 11 years ago
Oh man, that is tooooo funny! I am cracking up! Thanks for the laugh!

posted 11 years ago
Spaded?  Would that involve a shovel?

sue -a spade is a shovel, is that the part that went woosh? or is it incomprehensible that people can't pronouce "spayed" around here?

Susan Monroe
Posts: 1093
Location: Western WA
7
posted 11 years ago
OH, don't mind me!  I read it again (for the fifth time) and finally noticed the difference between 'spayed' and 'spaded'.

'Spaded' is what needs to be done to the owners... as in 'unmarked, shallow grave'.

A friend of mine said we should forget spaying and neutering the animals, as long as it was done to the owners.

I'm originally from IL. I had NEVER heard suite pronounced "suit" until I moved to Okla. Dunno what's up with that!
Leah Sattler
Posts: 2603
51
posted 11 years ago
the people that we bought our new house from were constantly  referring to the convection oven as a confection oven. it drove me insane. I understand...... it has a fancy oven....... can we stop referring to it now before I lose all self control and correct you and make myself look like an A**?

I'm originally from IL. I had NEVER heard suite pronounced "suit" until I moved to Okla. Dunno what's up with that!

singular: Index, Vertex
plural:  Indexes/Indicies, Vertexes/Vertices (both correct according to my dictionary)  But I always counter:  "What's an Indecy/Verticy?" in my mind, but I use both interchanging from time to time (I guess I shouldn't give lectures - students wouldn't follow)

Posts: 66
posted 11 years ago
Have to note I'm a Qpon. Of note is that all our French words we Northerners pronounce in the French way, herb filet  and many others NOT suite I don't think, are pronounced as spelled in England! [A legacy of our prior love affair with the French... Ahh, the French....] Aside from Herbs in the garden I could not order a FILL et in the restaurant until I pointed to it on the menu since fil a is unknown to the English waiters. So maybe the South is more English.... But hey I hail from near Versailles (versales) PA and have relatives in Pierre (peer) SD.
Susan Monroe
Posts: 1093
Location: Western WA
7
posted 11 years ago
Now I was raised by a mother whose parents were both English, so for me it's ...

suite = 'sweet'
coupon = 'q-pon'
the car coupe = coo-pay
filet = fil-A  (although I've heard British people pronounce the T, also in 'buffet')
herbs = 'erbs  (but then, my grandmother pronounced her son's name as 'Owad' and spelled it 'Howard') and I do attempt to pronounce the H when I think of it.
Versailles + Ver-sigh
Pierre = Pee-air
Lewis = Lewis, but Louis = Lou-ee

A very nice woman from Atlanta, GA, corrected me when she said I was pronouncing it wrong.  "Honey, just take out both Ts and replace the first T with a D, and it comes out as 'Adlana'.  If you're in a hurry, just say 'Lana".

But other pronunciations only bother me when it causes a language barrier.  When someone at work pronounced facade (fa-caad) as 'fasaad', I had to stop and translate in my head, but she was using the word correctly.

But there are two things that drive me absolutely crazy, and one is when you use a word and NO ONE in the room knows what you're talking about.  Working at the local NA casino, I said to 'just let me grab my accoutrements', and they were all puzzled until I backtracked and replaced it with 'stuff', and they all nodded.  Another time, I said that 'I was just being expedient', and they all stopped and stared at me.  And for the life of me, I couldn't think of another single word to replace it when they looked at me like they had been hit in the head with a rock.

The second thing that makes me want to actually smack people is the ghetto-jive-crapola of 'where you at?' or 'where are you at?' or "where you going to?'

I don't think they teach grammar in school these days.  Unfortunately.

we grew up with a family that pronounced spaghetti "gaspetti"...and I thought it was a dyslexic thing until my son's fiance's daughter said it day before yesterday, and I quickly corrected her..thinking..everyone will be laughing about this when she is 60 years old !!

Susan Monroe
Posts: 1093
Location: Western WA
7
posted 11 years ago
Some of those are deliberately kept in the family.  Ours was from my youngest sister, an elephant was an "ephalant" (spelling optional).

posted 3 years ago
Fillet.... fil-leigh or fil-lay, usually a nice slab of fish that had the ribs cut out and peeled the skin off.  Fill-it, is the bit when you're welding. I've heard the fish chunk pronounced both ways.

Soda or Pop? Very regional. Some places it's 'Coke' no matter what flavor you're drinking.

A college degree holding friend, over 30: "Tooken" not Taken, Tooken.

Better half with two degrees, will Borrow you something. A lot of others do that too. You loan it TO, you borrow it FROM. Nope...

posted 3 years ago
As she is spoke, my dears.  As she is spoke.  Dictionaries are supposed to reflect usage, not dictate it.  As paths should be laid where people walk, not to force them to walk along ill-thought-out routes. 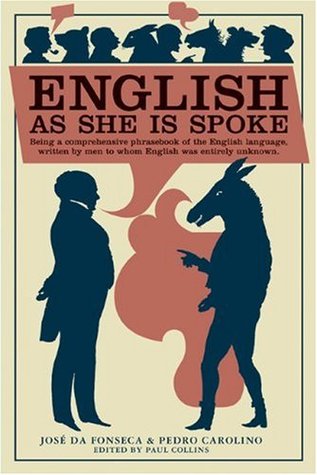 
Fillet - fill-it
Soda or Pop? pop
Warter for water. (wart-er, rhymes with quarter)
Duvet or bedspread? duvet if it's thick and well padded and not patterned.  otherwise bedspread
suite - 'sweet'
coupon - 'coo-pon'
the car coupe - coo-pay
herbs = herbs, because we ain't French so we pronounce the h
Versailles  Ver-say because it's french so I guess we ought to
Pierre = Pee-air likewise
Lewis = Loo-iss in England, Leh-wiss in Wales, Looweeze now I'm in Portugal.

Wes Hunter
pollinator
Posts: 525
Location: Missouri Ozarks
76
posted 3 years ago
Another good book that touches on many of this is The Mother Tongue by Bill Bryson.  The subject matter is fascinating, and he's just a joy to read to boot.

Regarding dictionaries, apparently there are two kinds: prescriptive and descriptive.  You can guess the difference.

I'm conflicted about pronunciation and grammar.  On the one hand, there's a right way to do things, typically.  On the other, there's great value in regional differentiation and distinctiveness.

I am Missouri (Mizz-oo-ree? Mizz-oo-ruh?) born and bred, and Missourians are great about taking hoity-toity French names and lazifying them.  Versailles?  Ver-sales.  Saint Louis?  Not San' Loo-ee, of course, but Saynt Lewis.  There are others.

More and more, I find myself readily dropping g's and just generally slurring and drawling words.  There is cultural loss that comes with the standardization of language from certain level of education and from national TV and radio, and that is a great loss, indeed.