posted 1 year ago
I've been trying to get some larger rocks (at least a foot long, preferably larger) to use in my food forest.

I would guess that it costs a lot for places to haul and dispose of excess rocks, but I've also seen large "landscape rocks" for sale at local nurseries for a high price, so maybe they make a lot of money from it.

Does anyone know of a type of business that may want to get rid of excess rock or does anybody have any other ideas about obtaining larger rocks for free?

s. lowe
pollinator
Posts: 861
187
posted 1 year ago
The two sources of large free rocks in my neck of the woods are river beds and finding the localized quarries used to build the rural forest roads. I'm not sure that either of those is available in NC. The forest quarries are on national forest and BLM land up in the mountains and are just areas where they smashed up some bed rock to use as they were building the dirt roads, we have a lot of really rugged back country out here I'm not sure you get in the appalachians.
Mike Haasl
master steward

posted 1 year ago
I used to get tons of cantaloupe sized rocks from a quarry where they sifted the gravel for road base.  All the bigger rocks got pushed into a huge pile.  The size of my rocks was purely dependent upon the gravel site's geology, your gravel pits may have bigger rocks or none at all.

Often times that have to make what is called a "cut" through bedrock, and after they are done blasting and digging, there is typically rock left over, and I means yearsssssssssssssssssssssss later you can still grab a ton of it. Just stop your car and load up what you can. The beauty of working with rock is that it is a slow process anyway, so you can load up a car every night for a week, and have all the rock you ever need for the weekend.

posted 1 year ago
Landscape rocks cost a lot because of the effort required to pickup and shift them.
Self loading from the side of the road will be tireing and potentaly back braking so think about ways to mke it easier.

Also building construction when the foundations are being dug. Basically any time you see an excavator at work, wait for them to stop or take a break, and ask. Just don't try to ask them while they are running the excavator, yelling and waving your arms or whatever, they hate that.

Abe Coley wrote:Also building construction when the foundations are being dug. Basically any time you see an excavator at work, wait for them to stop or take a break, and ask. Just don't try to ask them while they are running the excavator, yelling and waving your arms or whatever, they hate that.

when I lived in a area in the past that wasn't plagued with rocks. This was my favorite method. worst case they say no. best case they tell you to hurry and bring your pickup.

D Nikolls
pollinator
Posts: 1689
Location: Victoria BC
257
posted 1 year ago
Might try a sign or craigslist post. Someone may have a pickup, dump trailer, or 100 dump trucks worth of rock, or rocky spoil, to dispose of from some project.

Dale Hodgins
Posts: 9002
Location: Victoria British Columbia-Canada
676
posted 1 year ago
Yes, although I have gathered lots of rock for free, if I wanted lots of it, I would contact an excavating company, landscapers and others who need to get rid of Rock and simply provide them a free spot to dump and then make sure that they only bring me rock and not a bunch of concrete and other garbage.

I have a bunch of blast rock to give away right now, in Sidney British Columbia. The safe way to get the attention of an excavator operator, is to throw something across his field of view. Not a heavy Rock , but a piece of root or something similar.

Dammit Dwayne Johnson, every time I say rock into my phone, it either capitalizes or it puts "The" in front of it.

A few years ago I had a lot of rock to get rid of, and then I spotted a table of Portuguese men at Starbucks. I asked which one of them was a stonemason, which was a reasonable question, based on the shape these guys were in. All of them were stonemasons, and we quickly determined which one needed the Rock. 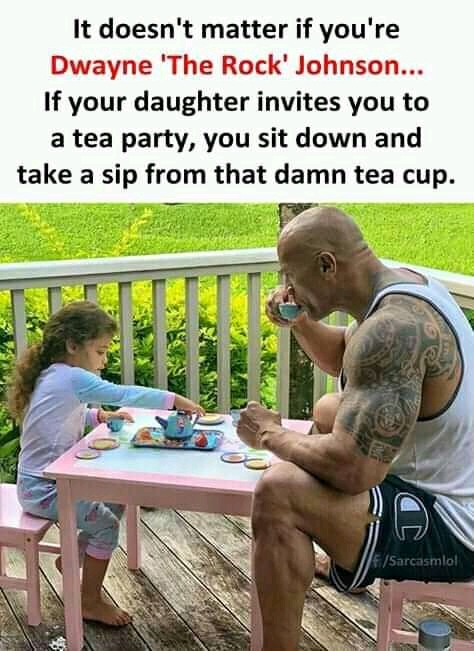 Ellendra Nauriel
pollinator
Posts: 544
207
posted 1 year ago
If you lived closer, I'd let you take all the rock you want out of my field. Its like farming cobblestone :/
Travis Johnson
pollinator
Posts: 4958
1159
I like...

posted 1 year ago
Dwayne Johnson just bout his own farm. I think it was in North Carolina and has 15,000 sq feet. He also paid 9 million for it...IN CASH!

But another way to get rocks is to ask farmers. I have a few fields that I need rocks picked, and I would give them to anyone who would want to help get them out of the field! But then again, this is Maine, there is NO SHORTAGE of rocks here.

posted 1 year ago
Keep an eye out for demolitions, too. I’ve gotten a lot of excellent semi-dressed rubble stone where old farmhouses are being knocked down for McMansions.

posted 1 year ago
Busted up concrete works well to terrace. Make raised beds. Think of them as irregular rock. I have seen them on Craig’s list.

posted 1 year ago
Living in the granite state, you'd think I'd have plenty of rocks. But, since I live over a large aquifer with a high water table, all the rocks that may have been on my property have sunk to the bottom of the aquifer. Even dirt movers who have worked on the property have said that I have the weirdest ground they've ever seen. To put in our driveway, The contractor had to dig down to the hardpan, then add increasing larger boulders and rock filling it in and finishing it with what we call bank run here. Where our parking area is my neighbor and I put in six inches of  1.5"-2" stone, then later we covered it with what is called "rotten rock" which is decomposed granite. Luckily, there is one of the largest quarries in the state, just about 4 miles up the road from so getting some stone delivered isn't a problem, they also own a tool and machine rental outfit, so you can rent things live weighted rollers, staging, and various sizes of backhoes, etc. They even have a man lift if needed. For bigger rocks, I was lucky that my father-in-law had to do some digging and offered to dump off a couple of loads of nice rocks. Again, this is the granite state, so you can sort of take a Sunday drive on the back roads and pick up a rock here and there, just don't steal from stone walls. I've also seen offers for free rocks on FB Marketplace, from fieldstone to pretty large boulders. Good luck with your rock hunting. 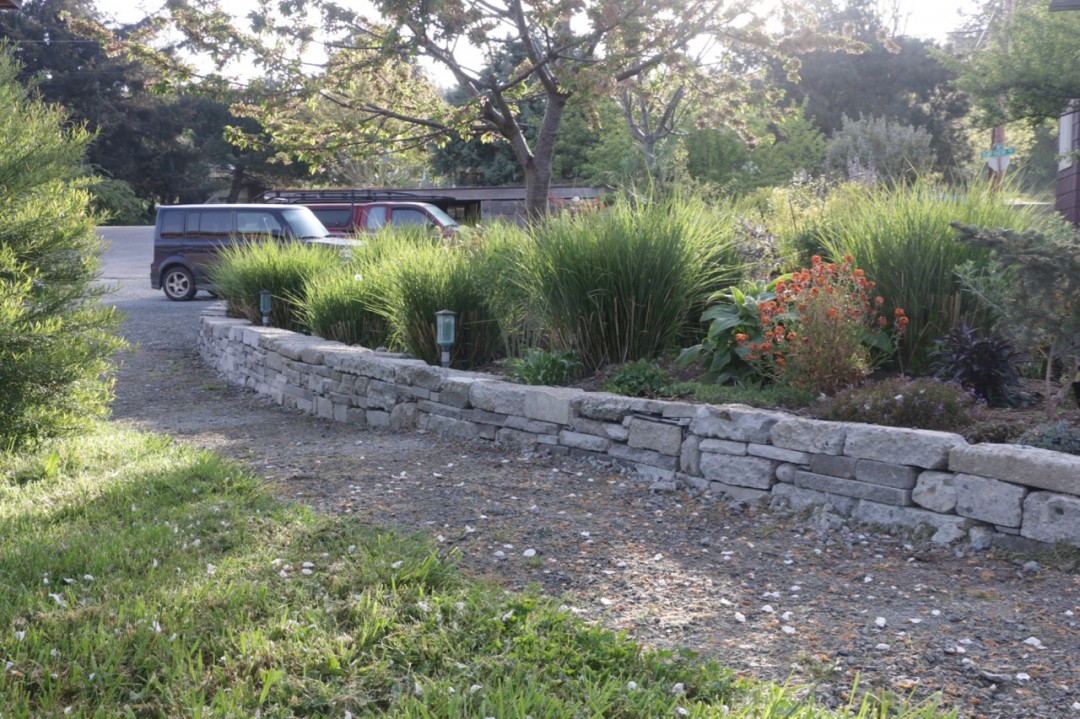 You may find this interesting.
Building walls with urbanite

The geology where I am in the UK means we have no large building stone. I can clean fist sized lumps of flint from the beaches or local fields, but nothing bigger. Urbanite (salvaged concrete slabs) fulfills that building function nicely, if you can find a place to gather it from. Firect from building sites maybe, but also waste reclamation yards.

posted 1 year ago
The word you're looking for is "New England."  You're welcome.

"Take from us our hard, our heavy, our sitting-in-the-way-of-our-shovels, yearning to be free."

Joking aside, have you tried your local rivers?  abandoned stone walls anywhere?


Steve Thorn wrote:I've been trying to get some larger rocks (at least a foot long, preferably larger) to use in my food forest.

I would guess that it costs a lot for places to haul and dispose of excess rocks, but I've also seen large "landscape rocks" for sale at local nurseries for a high price, so maybe they make a lot of money from it.

Does anyone know of a type of business that may want to get rid of excess rock or does anybody have any other ideas about obtaining larger rocks for free?

posted 1 year ago
@Steve Thorn - sure, I've got a rock to give you.
Yes-there-is-a-story-behind-this-but-I-ll-post-that-in-the-tree-guild-department..jpg

James Black
pollinator
Posts: 365
98
posted 1 year ago
The specific region in the NE where we are is land consisting of a beach from a glacial like when it receded millennia ago, so there are literally no stones existing on the land and to find them you have to go miles to the river. Our house is a stone foundation that is underground and in the basement primarily river stone and the visible above ground foundation is a local blue stone that we believe was quarried near the cave from Last of the Mohicans a few miles north. The blue stone was also used for the old barn, now taken down and we have the piers where the barn was along with two hills of river stones on either side of the barn, buried on one side creating a ramp to enable wagons to get up into the barn at the center where the ground sloped away. I haven’t decided what to do with the extra stones but one of the most interesting thing about the blue stone is that if you split it you reveal the remnants of ancient life where the stone originally formed. So I save any interesting stones as an object d’art. 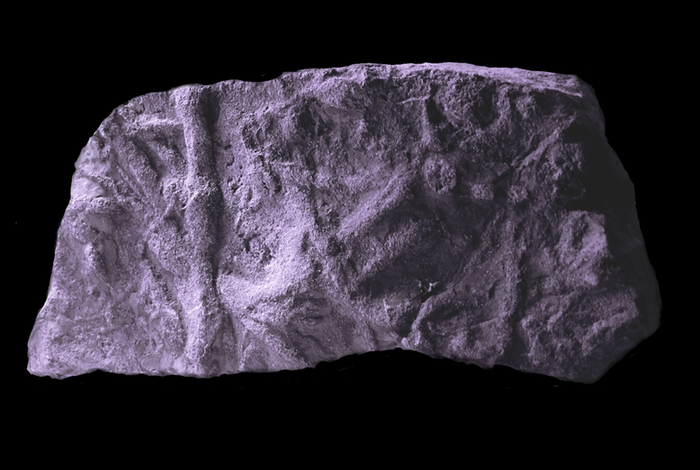 Jay Angler wrote:@Steve Thorn - sure, I've got a rock to give you.

There's a discussion there about options for relocating beautiful rocks that just happen to be where you don't want them.

Maria Ferguson
Posts: 1
posted 5 months ago
Yes I have free large rocks from excavation on my property in Ulster County NY
Dee Deanna
Posts: 2
posted 1 week ago
Hi! I just wondered which rocks you have as I’m a collector thanks