Who's your Doctor Who?

posted 4 years ago
Doctor Who that is.

Is it fish fingers and custard?  Long scarf?  Question marks?  Jelly Babies?  Who's your favourite Doctor Who? 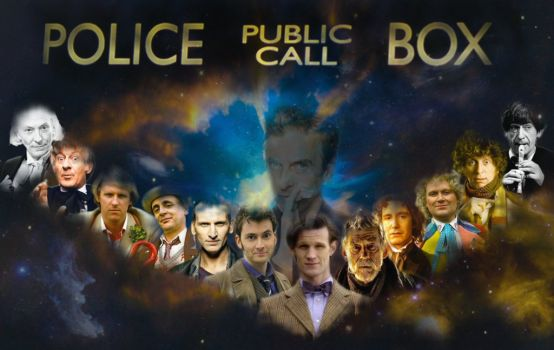 posted 4 years ago
It's Jelly BABIES and I can vouch compared to gummi bears, massive sugarbombs.

This would be a very very long discussion, dear

posted 4 years ago
From the fish fingers and custard thread

I love the series premise and I really want a Tardis that works. One day I hope to complete the calculations that lead to being able to build a working one, it is the Big Dream.

posted 4 years ago
I have wanted a TARDIS as a closet of holding for over 30 years. It would make moving so much easier as well!
Tracy Wandling
steward

posted 4 years ago
David Tennant, hands down. I love him. That's all.

raven ranson wrote:Doctor Who that is.

Is it fish fingers and custard?  Long scarf?  Question marks?  Jelly Babies?  Who's your favourite Doctor Who?


Matt then Peter but only because I became a Whovian so late.

posted 3 years ago
David Tenant is probably my favorite, but I was in-doctornated during the reign of the long scarf, and he is my doctor for life.

You see when you are a goofily dressed chess club kid and you see someone like you saving the day through smarts, determination and sheer shenanigans, you will probably imprint pretty heavily.

posted 3 years ago
In order of who I like as Doctor:
1) Tom Baker (b/c of the wit and well-done dialog)
2) Matt Smith (b/c, well, super cute, gotta love his face!)
3) David Tenant (good character arc)
4) Peter Capaldi (good character development over time)

Chaunce Stanton
Posts: 16
Location: Southeastern Minnesota; Zone 4b / 5a cusp
I like...

"Well, there he goes again."

posted 3 years ago
#4 Tom Baker and #10 David Tenant, for sure. By the way, I don't often meet fellow whovians old enough to be familiar with the third doctor, Jon Pertwee... so, am I the only one who sees it?
3rd-Doctor-with-dads.png

posted 3 years ago
Okay, I'm in the U.S. and was born in 75. The first three doctors were before my time, but I've watched what's on netflix from Hartnell through Baker. My son's a whovian too, so I've seen from Eckleston through Capaldi on DVD. I've only seen one story with him, but Hartnell was great, too.

posted 3 years ago
Oh I forgot - Joanna Lumley is one of my favorite Doctors Who!  https://www.youtube.com/watch?v=GlQ2U-Ks67I

Who is a total babe and always has been. 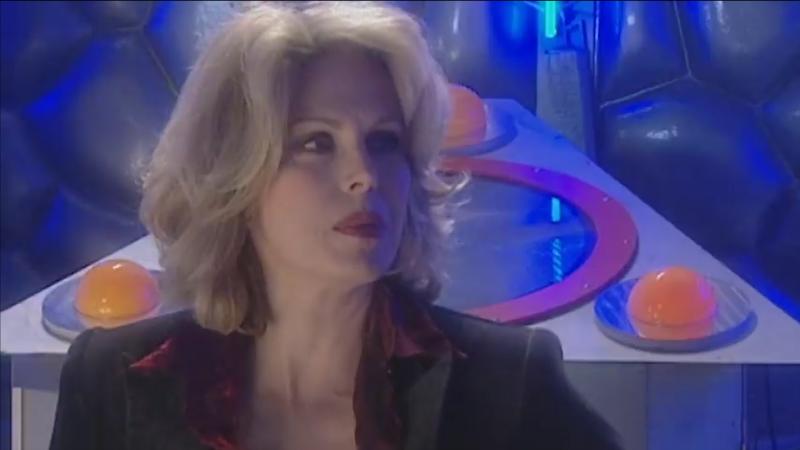 posted 3 years ago
This always cracks me up.

posted 3 years ago
Tom Baker. David Tennant is too damn sexy to be a proper doctor in my opinion. The doctor's not supposed to be sexy.

You can see with only one eye open, but you'll probably run into things and stub your toe. The big picture matters.

posted 3 years ago
I started watching the reboot. Accordingly, the only two doctors that caught from before that era were Tom Baker and Sylvester McCoy.

I liked Christopher Eccleston. He was my favourite until he was eclipsed by David Tennant. Matt Smith was okay, but no David Tennant, though I liked the story telling.

John Hurt was amazing. Just amazing. I don't know if he counts, though, because he was brought into being specifically to do things no Doctor ever would.

I haven't seen any after Matt Smith, but I look forward to watching them eventually.

Tom Baker will always be my favorite, but I have a deep affection for the zaniness of Sylvester McCoy, especially when Ace accompanied him.

Judith Browning
Posts: 7979
Location: Ozarks zone 7 alluvial,black,deep clay/loam with few rocks, wonderful creek bottom!
1751
4
posted 3 years ago
We haven't watched Dr Who in years...watched the middle ones for awhile though.  Our grandson, on the other hand, has watched all the way to the present and then started in on the early ones...it's quite an archive.

Just a year or so ago a Tardis showed up in a little town thirty miles from here.  It moves from spot to spot so when we go to town we try to find it and usually can. 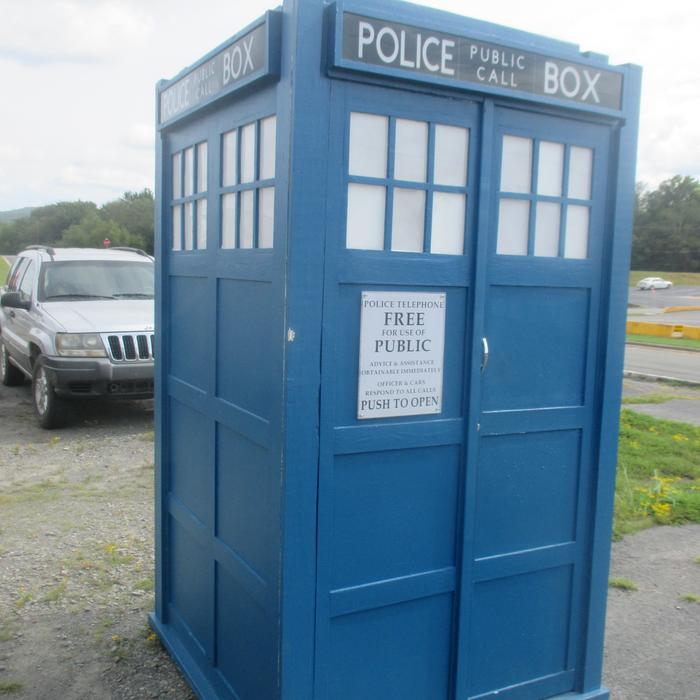 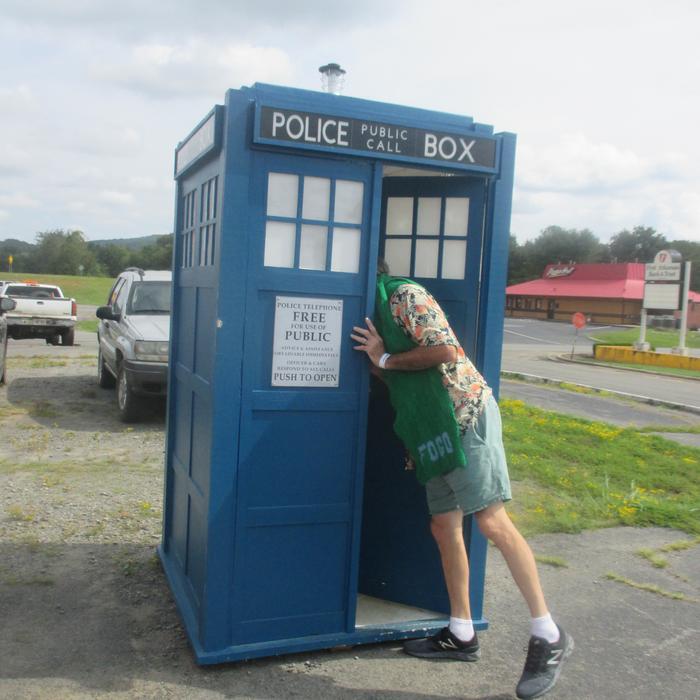 Devin Lavign
pollinator
Posts: 1050
Location: Pac Northwest, east of the Cascades
305
I like... 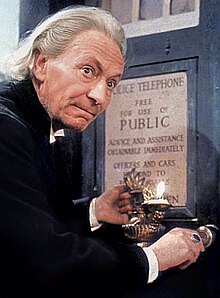 Mainly since he was sort of an anti hero. He wasn't such a goodie goodie, and yet he still ended up doing good. He was crotchety and gruff, yet had depths to him.

I also really liked Patrick Troughton and Jon Pertwee, they each brought a very different Doctor to the screen. Sadly some of the Hartnell and Troughton episodes are part of the missing episodes. But reconstructions give a little of what was lost. Troughton and Pertwee are tied for my 2nd favorite.

Then Tom Baker comes in 3rd, as the Doctor who I learned of Doctor Who from. He is the classic image of the Doctor for me, and many others out there. Tom Baker was the Doctor that broke into the US market and popularized the show for many of us.

From there I would jump to the new Doctors and say David Tennant is my 4th, and Matt Smith my 5th.

Then back to classics for me, Peter Davison 6th and Colin Baker for 7th.

Christopher Eccleston probably would have been higher if he had done more episodes. I liked his Doctor but just didn't get enough to put him about 8th in ranking.

Sylvester McCoy might have made 8th here, as I really liked his Doctor and acting. However the episodes and writing were so horrible during that era that his Doctor actually slips to 2nd to last just above Paul McGann. McGann is the Doctor I try to pretend didn't happen.

Peter Capaldi would be my 9th choice. He was one I was not sure of when it was announced, but I had hopes for being more like Hartnell. He wasn't and was at the same time. With a mix of old man and rebellious teen. I feel if he had gone on and done more episodes he might be higher on my list, but he decided to leave, and so stays lower on the list.

Jon Hurt just wasn't a long run, so we didn't get to know him, so ranks 10th.

That leaves previously mentioned Sylvester McCoy in 11th, and Paul McGann in 12th for my ranking.

Something I note is a lot of who people like most tends to be who they were introduced to the series with. For many of Gen X age is was Tom Baker. A few it was Colin Baker. Millennials often site the new series Doctors. Usually Tennant or Smith. I am sort of an odd ball having actually gone back and watched the older stuff, and found I liked the older versions of the Doctor more than the one I was introduced to the series.

All in all, the only Doctor I actively didn't like is McGann. And much of that is due to it being a made for TV movie and going off accepted lore for that horrible episode. McCoy I actually like his Doctor and acting, it was just the era of the late 80's that made for such bad TV and writing that really helped kill it for me. And really caused Doctor Who back then to be cancelled. But McCoy himself was actually quite good.

posted 3 years ago
Another vote for... 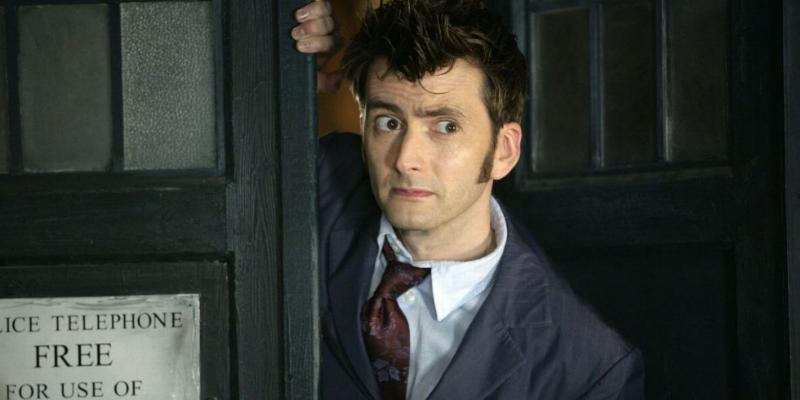 David Tennant is just so fun to watch.

posted 3 years ago
someone said the new season starts this weekend.

Devin Lavign
pollinator
Posts: 1050
Location: Pac Northwest, east of the Cascades
305
I like...

posted 3 years ago
When the announcement for a female Doctor Who came out, I was hesitant.

Having watched the first episode for the new female Doctor, I have to say I am hopeful.

This new Doctor still has a lot of room to grow but there was a lot of good development in the first episode to help show what this new Doctor's personality will be like.

posted 3 years ago
When I think of the Doctor, I see Pertwee...but, yes, Tom Baker is the essence...