posted 3 years ago
I agree with Juli Anne, I have tried describing them to my Bride and what my intent was, but seeing them in person took her from, "OK, we'll see how your crazy idea works." into, "So when are you going to build one for us?"

posted 3 years ago
How is the Wofati doing now days? Any work on the walls since the last posts? Can we get some pictures!

Gilbert Fritz
pollinator
Posts: 1676
Location: Denver, CO
73
posted 2 years ago
Any updates on this and the other Wofatis?
paul wheaton
master steward

posted 2 years ago
Allerton Abbey is getting some love yesterday and today.  We wish to get it ready to receive the rocket wood cook stove and oven that will be built as part of the rocket mass heater jamboree in a few weeks.   And then we would like to have Allerton Abbey ready do do the ATI tests this year.

posted 2 years ago
The original name of this structure was "wofati 0.7 beta".  The idea is to get it up so we could do tests and learn lots of lessons.

We have learned a lot of lessons.

One very important lesson has been that when the vertical posts are put in, take the excavator bucket and REALLY mash them into the ground as much as possible.  We have seen two of the posts sink in about six inches each.   The good news is that the building took this change exceptionally well in general.   To mitigate and further sinking, we have put some logs on the ground, and notched the posts in question so that they sit on these logs. 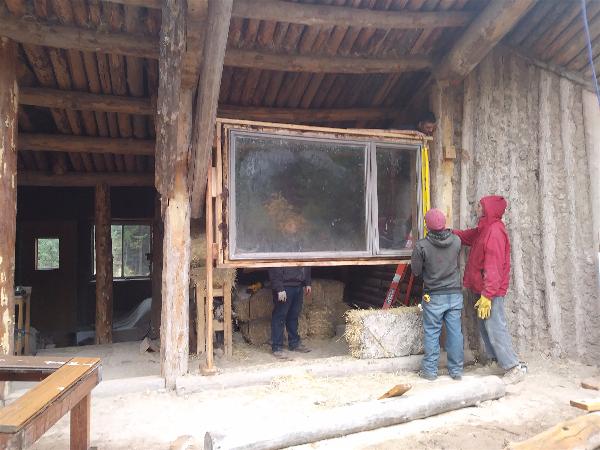 Those posts were also leaning out a few inches, so we used house jacks and bottle jacks to raise a beam a pinch and make the posts vertical again.

There was also a point in the middle of the abbey where a log looked like it was carrying too much weight.   So we used the house jacks and bottle jacks to raise it a bit and put in a new support. 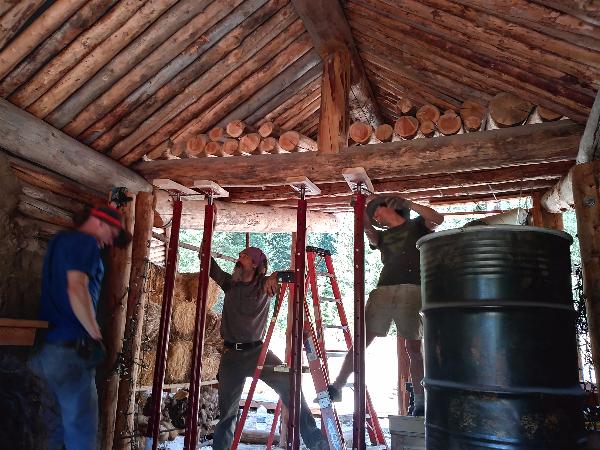 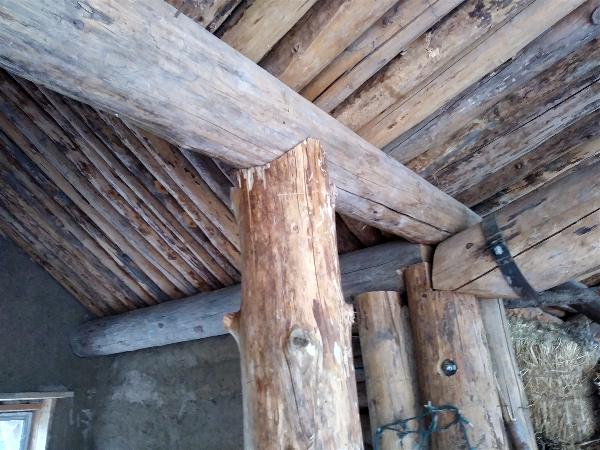 And now the straw bale wall is going back in.

This work is all being done as part of our permaculture bootcamp.  We are fortunate to have had several experts come through and give advice (Weston Ginther and Davin Hoyt) or even throw their shoulder in for a few days (Kirk "Donkey" Mobert).   The work is led by the wheaton labs land manager, Fred Tyler and the bootcamp participants Kara Haltom (who took these pics), J Graves, Attilio, Travis and Saikhnaa Armstrong. 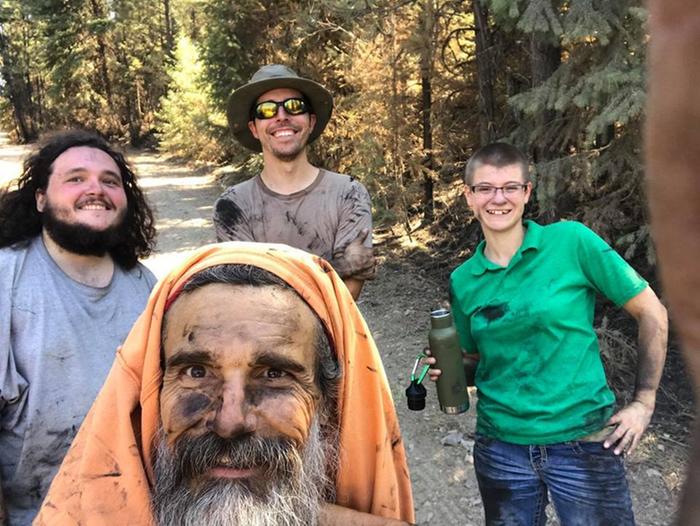 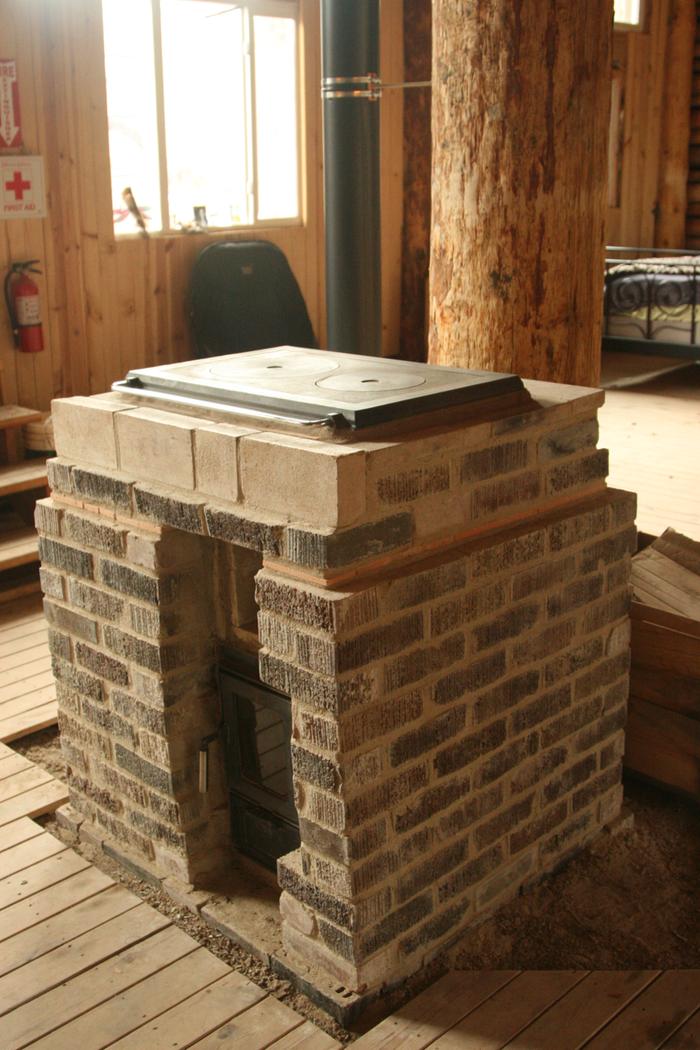 Tim Skufca
Posts: 72
24
posted 2 years ago
when I was involved in log structures we often specified settling devices at each post - the wall heights would be monitored and the posts would be dropped accordingly by screwing down the settling devices (log walls settle due to shrinkage - log posts don't shrink nearly as much in length). With a WOFATI, it looks like the opposite is happening, the posts settle due to insufficient footings. Pound all you can, but you won't duplicate the forces that all that earth will put onto the posts. If there are not going to be footings then I suggest using post settling devices.
A design I will be testing soon is using a gabion basket as the foundation for a post. The stone spreads the weight more broadly than just the diameter of a post. Then the post will be attached deep into this gabion basket, with a steel plate on the bottom, and rods through grabbing the outside of the basket, holding the post vertical inside this basket. My goal is for a structurally sound post without using concrete. When I get drawings and a prototype built, I will share what I learned.
paul wheaton
master steward

posted 2 years ago
Thanks Tim!

I think another lesson learned here is that since the subsoil is so sandy here, we should have put the posts in much deeper.   Maybe 5 feet deep instead of 3 feet deep.

Posts: 3072
Location: Upstate NY, zone 5
149
posted 2 years ago
Sinking the posts deeper is effectively treating them as pilings, which is a sound technique if they are pounded in. If excavated and more or less just set in, you will not see the friction on the sides of the post that give a piling its strength. I would most readily suggest some large flat stones under the bottom of the post to spread the load. If you do not have much in the way of flat stones, putting the largest ones you have (at least three times the post diameter I would say) directly under the posts and at least roughly scribing the post to the top of the stone would do. Bonus if there is a relatively flat surface you can set the post on, it will be easier.