Nicole Alderman wrote:I'm thinking--and I am NOT Paul, so he'll be the final determiner--that store bought products that are minimully processed (like tomato sauce in a glass jar made with whole food ingredients and no preservative) would be okay. I'm thinking some of the canned broths would count if they were just meat/bone broth & veggies & salt, but bullion would be too processed.

But, I wouldn't spend the time taking pictures until you hear from Paul as to whether or not those ingredients are okay. Or, you can make your own bone broth! (Here's a thread on making tasty bone broth https://permies.com/t/73308/kitchen/favourite-bone-broth-recipes)

For sand badge, what Nicole said is perfect.

For wood and iron badges, this will no longer be the case.

Okay, so this recipe uses more store-bought ingredients than my typical meat-and-garden-veg soups, but an old oysterman friend of mine from the coast just brought me three quarts of fresh oysters, and this recipe is my dad’s and a favorite of mine growing up, so I decided to make it for us. It serves a bunch of people and contains approximately four trillion calories. I will give the recipe based on one quart of oysters since that’s what people usually buy. The batch I am showing here is three times the given recipe:

Here are pictures of the oysters draining and the rest of the ingredients ready to go:

The leftover green onion bulbs are in a cup with a little water because the tops will regrow and can be trimmed several times before they are too sad to bother with anymore (or you can plant them).

This soup should be made in a cast iron pot. I always freshly season mine right before making the soup, because I don’t use the big pot that often and the onions must be cooked to absolute death, stirring often to keep from sticking, in order to satisfy my father (who believes that onions which still retain a hint of moisture or are paler than peanut butter impart a mysterious “tin taste” to the soup).

After you sauté the onions, you add the other vegetables and let them cook, stirring occasionally, till tender when smashed with a spoon or tested between the teeth. They will barely cook more after this, so you want to get them done now.

Then you add the oysters and half the butter along with a preliminary round of seasoning on top (make sure not to overseason at this stage, since it’s not ready to taste), and give it a stir. Let them cook in their own juices until the edges begin to curl (or longer if you like your oysters more done), stirring every so often.

Now you add the half-and-half slowly in a thin stream, stirring constantly, and the other half of the butter. Stir occasionally while the butter melts and the half-and-half warms up. You do not want it to boil, or it will scorch. When it is a pleasant temperature for eating and you see little areas where tiny bubbles start to surface when you stop stirring (these will show up as pale spots on the surface), it’s ready.Turn off the fire so it doesn’t scorch. Season to taste and serve. You can add a little filé to your bowl right before you eat it, if you like, to enhance the flavor. It’s always better after a day or two to season, of course.

If you need to reheat, do so carefully and preferably in small batches. We ruined a whole pot one time by putting it on the stove to heat and not paying close enough attention, allowing it to scorch. Other ways we have ruined it include accidentally grabbing the cinnamon instead of the cayenne pepper and not tasting the half and half first, which turned out to be spoiled.

It can be served over white rice to make it go farther, like a gumbo, if desired.

posted 3 years ago
Approved submission
I was craving a little taste from home so I thought I would take a shot at Portuguese Bean Soup. Usually it includes Portuguese sausage which adds a nice kick to it and a unique flavor. I'm sure you can't find Portuguese sausage in Montana plus not many people eat meat hear at Wheaton Labs, so I made a vegan version. Now this will only be for the sand badge because I threw in a can of diced tomato puree.
The ingredients include:
2 onions, olive oil, sesame oil, 1 head of garlic, a handful of carrots, green onion, 4 red potatoes, 2 cups of red beans (soaked overnight), black pepper, cayenne, paprika, ground cumin, salt, 1 jar of tomato sauce, 6 cups of homemade veggie broth, a little water, and parsley flakes.
You can add some sugar and oregano, but for some reason I didn't add those ingredients, and didn't have any fresh parsley available.
This was made in a slow cooker.
20190306_064913.jpg
20190306_183511.jpg
20190306_072812.jpg
20190306_174837.jpg
20190306_174757.jpg

I certify that this badge bit is complete--and looks delicious!

The night before I make a jar of fridge-dashi by putting kelp and fish flakes in a jar with water in the fridge.  This is good for about 3 days.  In the morning, I take it out of the fridge and put it on the counter to warm up.

I scour the cupboard for veggies.  Today is cabbage, a sweet potato, an onion, and some dried green onions.  Oh and bacon.

I oil the clay pot with sesame oil which makes the soup tastes better and strengthens the pot.  Then I chop up the ingredients, maybe add some garlic, and put them all in the pot.  Add some miso and the dashi (fish broth), then put the pot on the temperature that maintains a light boil - about 3 on this burner.  It heats up slowly and after about 2 hours, everything is boiling and cooked well.

I certify that this badge bit is complete!

posted 3 years ago
Approved submission
This was intended to be duck wild rice soup cooked outdoors in a dutch oven. Turns out we previously ate the duck & the rain refused to cooperate. So the meal became today's indoor version of wild rice with chicken soup.

Boiled & deboned a chicken. Then added the chicken plus some mushrooms, garlic, onions, flax, peas, & lentils back into the stock. About a cup of wild rice. Salt & pepper. Realized there was nothing included from garden so added a piece of leftover cornbread that contained bits of home grown peppers. Picked a few pieces of calabrese & chopped some wild onions for garnish. I make a lot of soups during winter. This might be the last one until blueberry season. Blueberry soup. It's a real thing. It's delicious too!!! 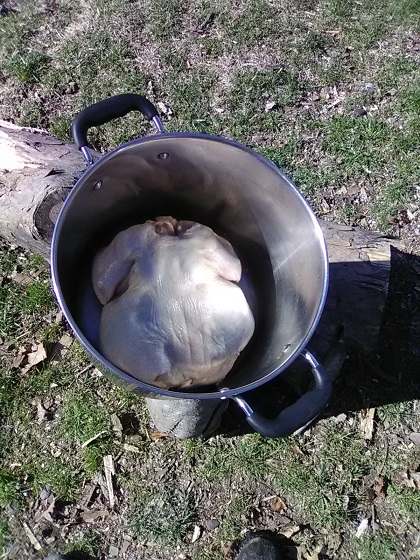 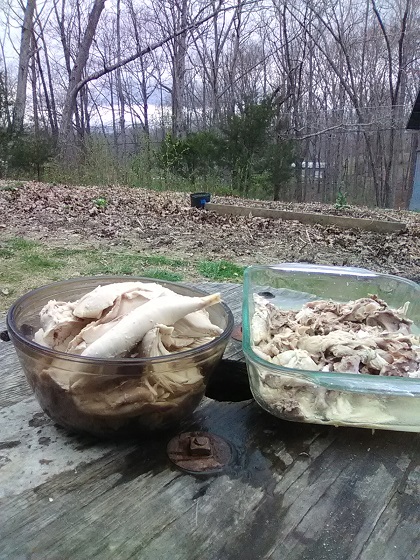 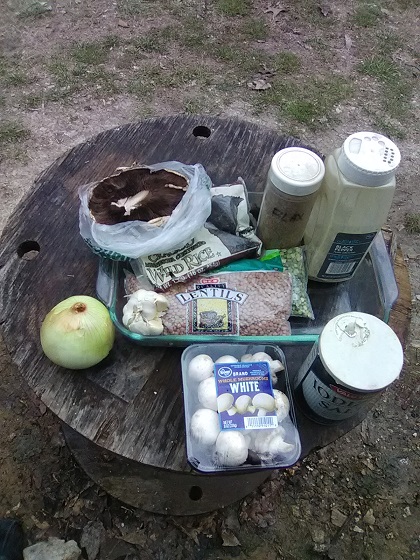 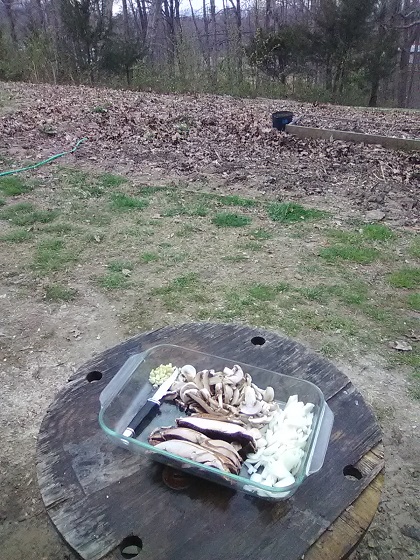 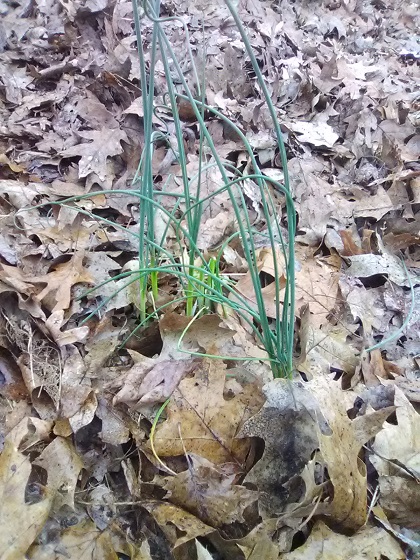 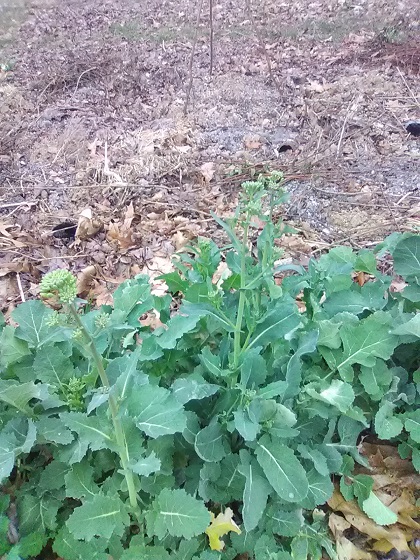 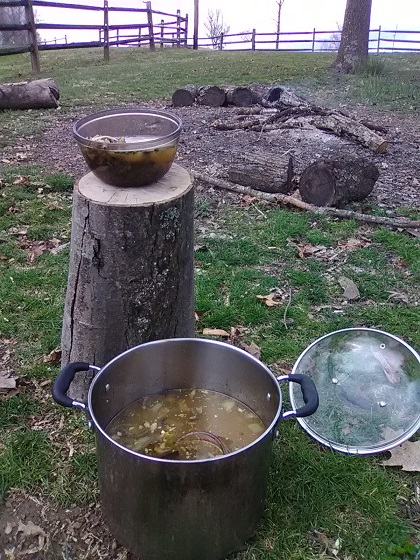 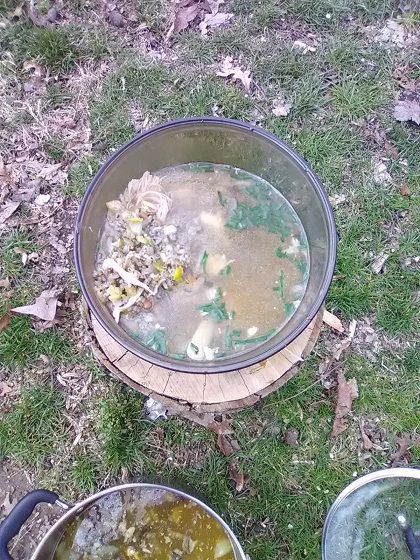 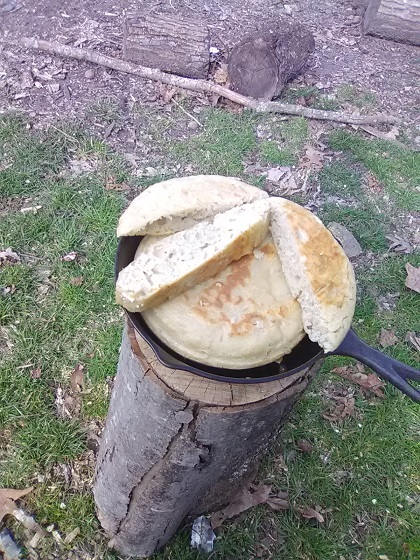 posted 3 years ago
Approved submission
Today's soup is a storage soup version of lentil soup, not much going on in the garden right now.  Everything was grown and preserved here except the lentils which are bought in bulk from Azure Standard.

Put lid on pot and put in the solar oven until you are ready to eat. Adjust seasonings ( I added a little  shoyu). If you look closely you can see how the carrots rehydrated into nice orange slices, they are small because they were small carrots to begin with
ingredients-for-lentil-soup.jpeg
lentil-soup-ingredients-in-pot.jpeg
lentil-soup-cooking.jpeg
cooking-soup-in-solar-cooker.jpeg
home-made-lentil-soup-.jpeg

I certify that this BB is complete. Yum.

posted 3 years ago
Approved submission
I searched my Bootcamp thread to see if there are any things I have already done that might count as BB's. I took this from Day 38 of my Bootcamp Thread, which I think has the right pictures.

This is my rough recipe:
I made another pot of slow cook soup this morning- beets, carrots, celery, potatoes, fennel, corn, hot peppers, and a bunch of different spices! Also I put in mushrooms!

This is me preparing some of the ingredients. 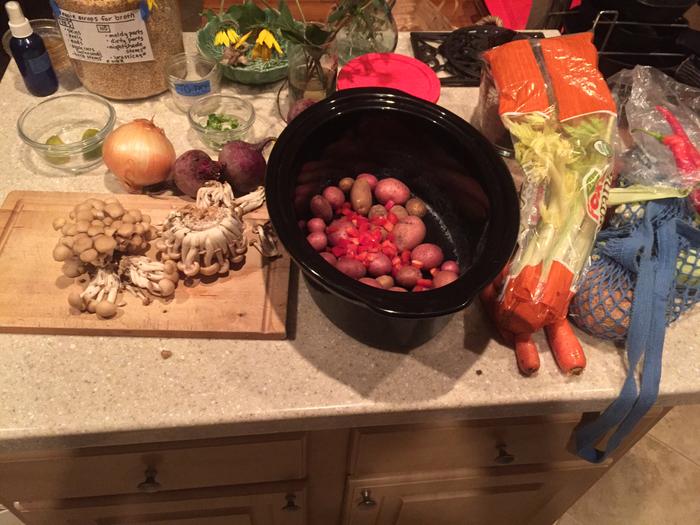 This is all the chopped up ingredients now in the vessel. 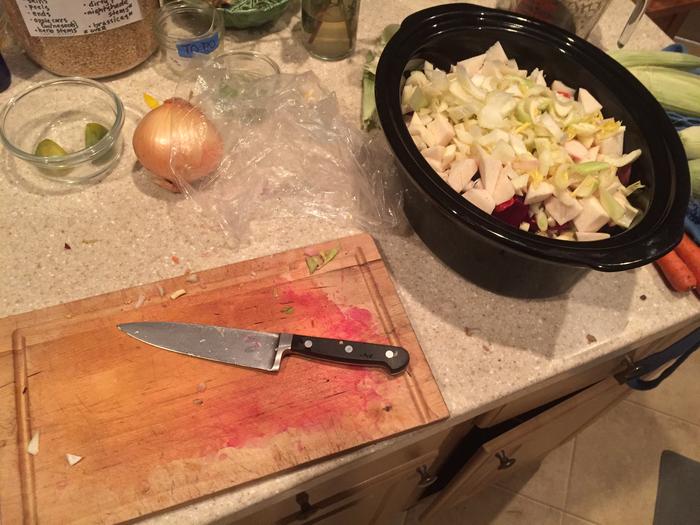 This is the soup before cooking. 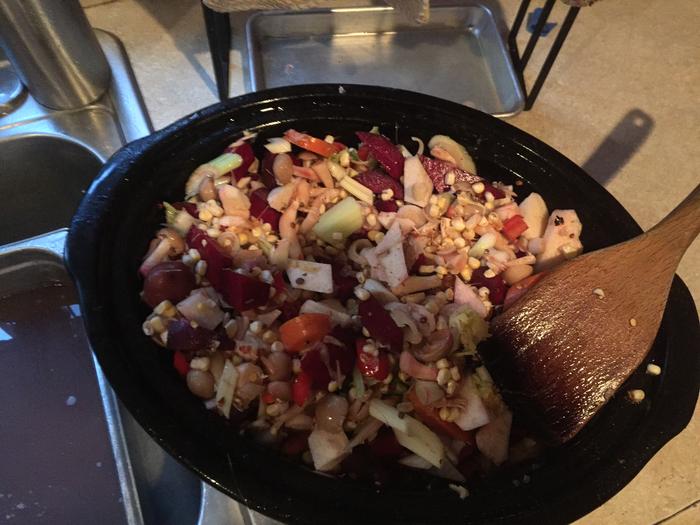 This is the soup after cooking. 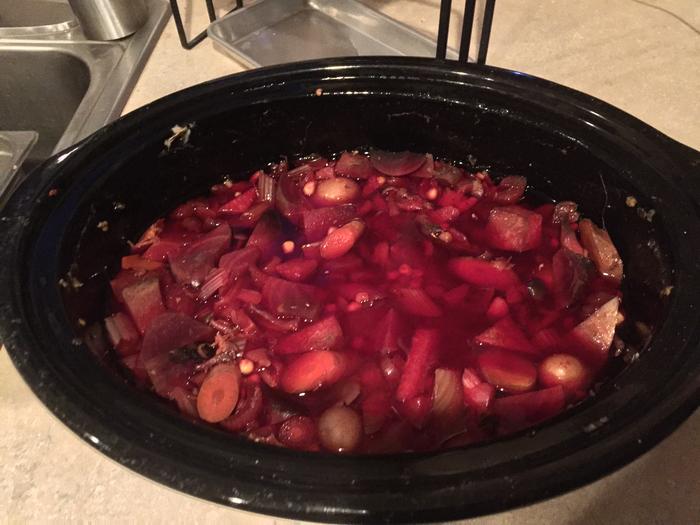 posted 2 years ago
Approved submission
So working on badges I see I have completed so many things previously in life. Now to do them again and take pix to post!
I wonder if there is a single location with all the badges available and their requirements that I might print out? Or am I stuck hunting for the info all over the site?

I'm excited to find out just how far my own life has gotten me in this quest!

“Peace is not absence of conflict, it is the ability to handle conflict by peaceful means.” —Ronald Reagan

posted 2 years ago
There is a book that has all the PEP1 badges. It's $15, though (unless you supported the last kickstarter, and then it's free). https://permies.com/t/125541f100/PEP-eBook-early-draft

There's also an ap for tracking badges--I haven't used it, either https://permies.com/t/119155/PEP-Badge-Tracker-easier-track.


What I usually do is use the 22 PEP Badges page (https://permies.com/wiki/96022/aspects-PEP) as kind of a table of contents, and then click through it. Each badge there is a hyperlink to that badge's page, where you can see all it's badge bits, and then click on those to read through them.

When I was actively working on badges, I kind of read through all the ones I was really interested in, and then focused on one at a time. And, if I was about to do something that might be a badge, I'd search the PEP forum for it.

Like, I've been making candles, so I took a bunch of pictures of the process and then did a search for "candle" in this forum. No badge bit for candle making, so I'll post the pictures in the Oddball badge (https://permies.com/wiki/97787/PEP-Badge-Oddball).

I found the Nest badge was one of the most accessible to finish. It felt good to have it under my belt...and have a cleaner house, too!