You have been a bad influence. My nearest neighbors are in the adjoining cemetery,  and they dont have too many needs that I am aware of.  So I have , about a month ago, begun donating excess eggs to an area Not-For-Profit.

posted 4 months ago
Yay, that sounds awesome! Thank you for the update

I respectfully doff my chapeau to the maestro.

K. Lopez
Posts: 1
1
posted 4 months ago
This is a  great idea. My grandmother would have loved it as she had a 'tree lawn' in the front yard on a 'busy' street in a small town and a small flower garden in her backyard. Everyone exchanged seeds and starts in the neighborhood.
Pearl Sutton
steward & bricolagier

posted 3 months ago
Everything has been bad here this year, my health, the weather, circumstances, things got planted very late, and I lost large amounts to problems. The Yes, You May strip was just starting to produce, lots of green tomatoes, finally. And this morning I was out starting a vile project, (involving mold and fallen insulation under the house) and saw heavy equipment go by on this little street, then a city truck with guys I know in it. Asked them what was going on "They are putting down new asphalt today! You know that's technically in the city easement, right?" Yeah, I know. I did a solid picking on all the green beans (first pick!) and pulled the cardboard and straw back, weighted it down against the wind. Tied the beans as far back as I could, and wished them well. 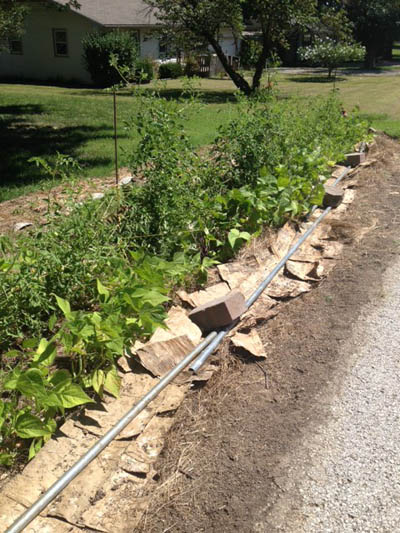 The guys who were doing it were nice, and were pretty careful, no damage! Not even much asphalt in places I didn't want it. I put down a new layer of cardboard before I put the old cardboard and straw back, looks good! YAY! That garden survived a hazardous day!! 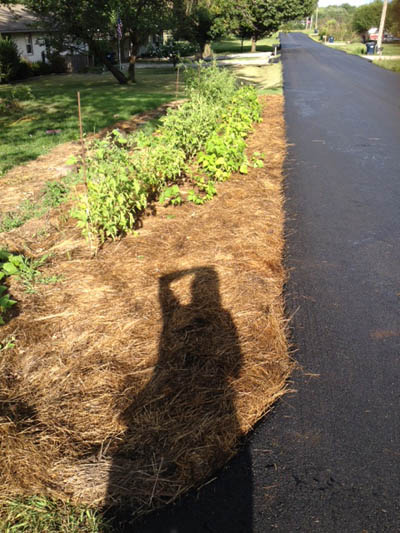 Congratulations to you, your garden, and the city guys! I think that's a sign that people are respecting our need to grow food a little more.