BB plumbing and hot water - straw badge
posted 2 years ago
This is a badge bit (BB) that is part of the PEP curriculum.  Completing this BB is part of getting the straw badge in Plumbing.

In this Badge Bit, you will replace or reinstall a toilet.  Teenagers break the toilet while playing football?  Time to put a new one in!

Here's a video of replacing a toilet:

To show you've completed this Badge Bit, provide proof of the following as pics or video (less than two minutes):
- the existing location before you start
- the toilet removed
- the toilet installed
COMMENTS:
Mike Haasl
steward

posted 2 years ago
Approved submission
As part of my basement bathroom floor tiling job, I had to remove and reinstall the toilet.  Here's the evidence:
Before-I-started.jpg
The-toilet-was-level-that-s-how-bad-the-floor-was-.jpg
Removed.jpg
Reinstalled-with-new-tile.jpg

posted 5 months ago
Approved submission
The toilet had to go . . .

We inherited a 1950’s bathroom, not in a good way. On the project list is to rip it out and install a modern efficent bathroom. I wasn’t planning on doing anything unitl I had installed a second bathroom so we could still ive in the house as I renovate. The house had other ideas . . . If the house had a motto it would be “If it ain’t broken, it will break”. Overnight the flushing mechanism broke. I took one look inside and desided to replace the whole toilet. The replacement toilet can be removed and reinstalled during renovation. Other reasons for removing:
1) I hate the colour
2) The seat is broken and due to age I hadn’t found a replacement
3) It takes 16 seconds of pressing the handle to flush so my teenage boys only half flush or don’t flush at all
4) 3.5 gallon flush!
5) It’s tiny . . . I don’t need to go into details but sitting as a bloke requires careful positioning!

I replaced it with a toilet that is anatomically better designed. It has a 1.25 gallon flush which is instant. I paid extra for a touchless, single press option because it greatly increases the probability of use by my teenage boys. The water saving alone is nearly 10,000 gallons a year or 37,000 litres based on a family of four using it three times a day. (Pretty mind blowing).

So here are the steps I took with photos. 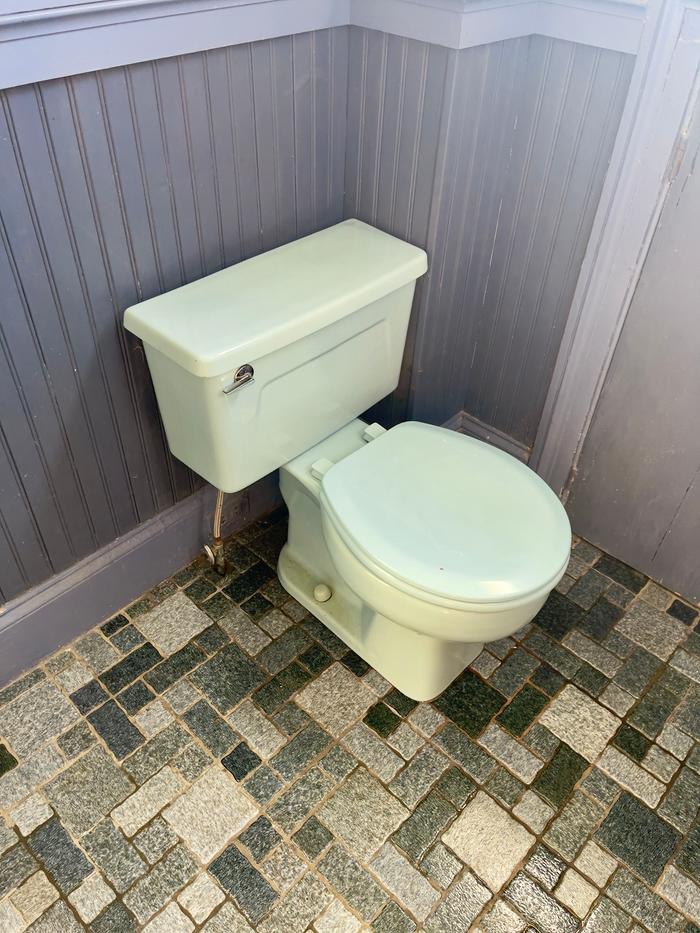 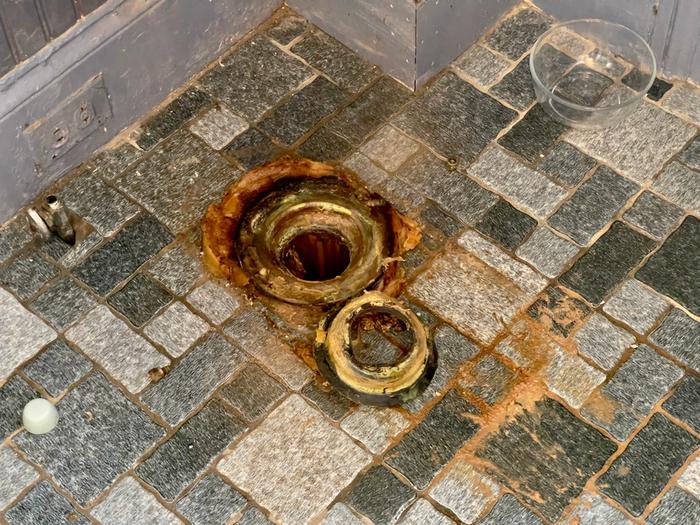 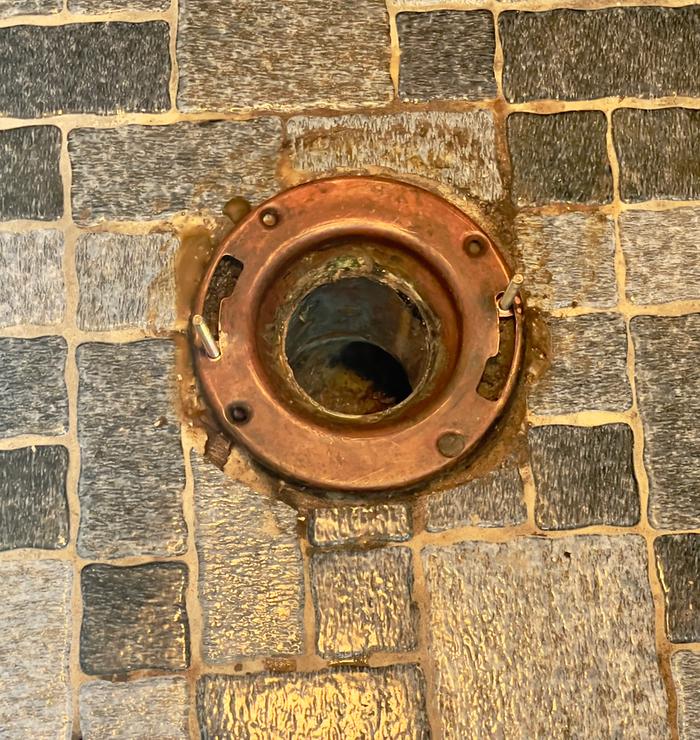 The plumbing cleaned up nicely. It’s all copper. I used a heat gun to melt off all the old wax. 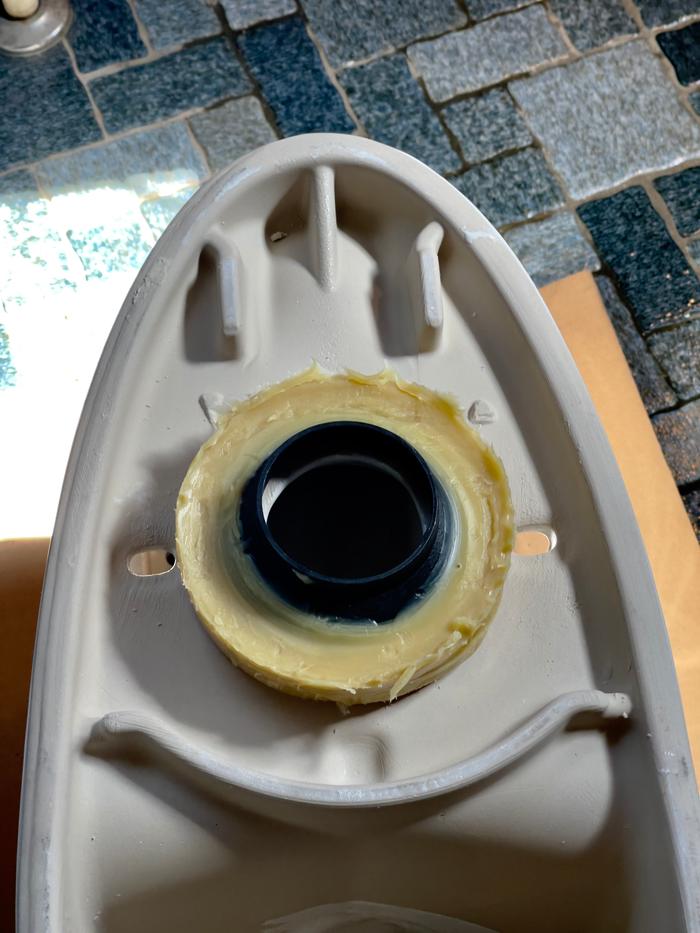 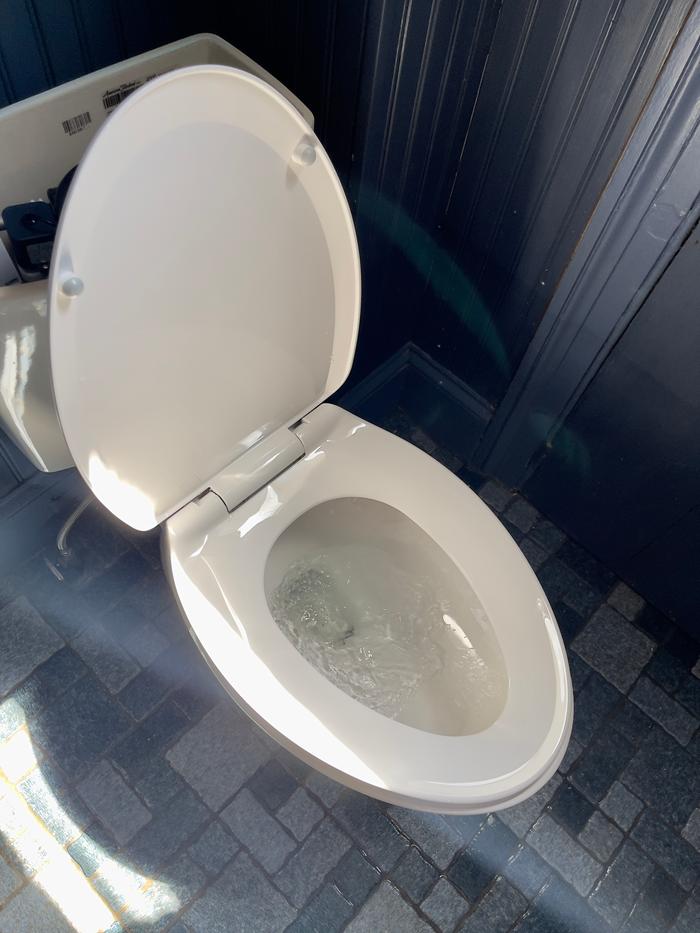 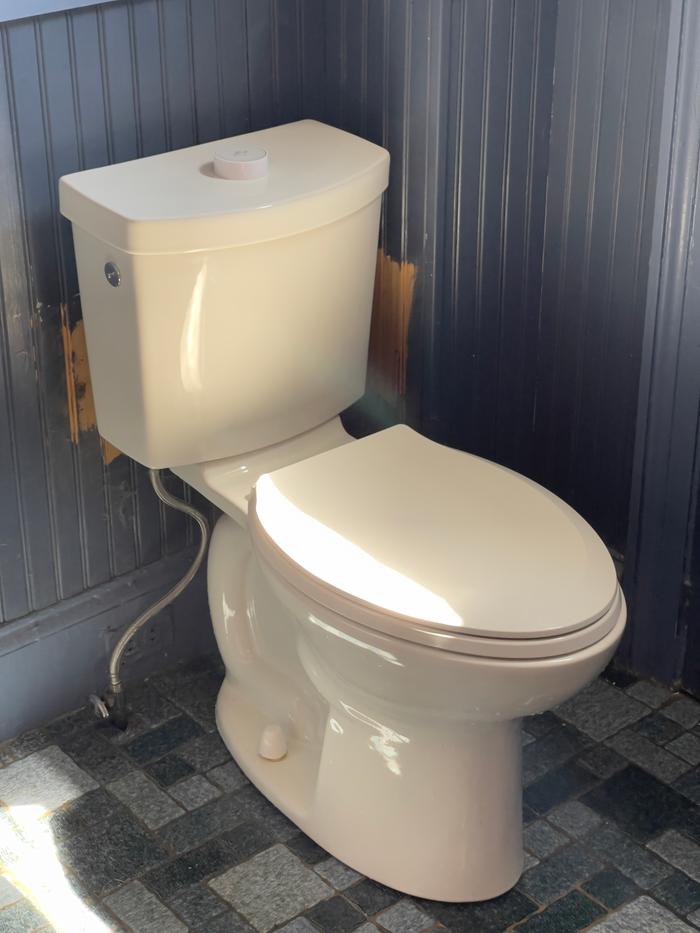 Purchases:
Two toilets - I’ll be replacing the downstairs one next
20 inch hose - 14 or 16 would have been better but the next size down was 12 inch which is too short
PTFE tape

When we moved in the toilet was hissing. The house had been empty for three years.  There’s a lot of iron in our water and the continuous running of water had left the bowl badly stained and the flush mechanism was in very poor shape. As with the previous toilet, this one has a 3.5 gallon flush which I replaced with 1.25 gallon flush. 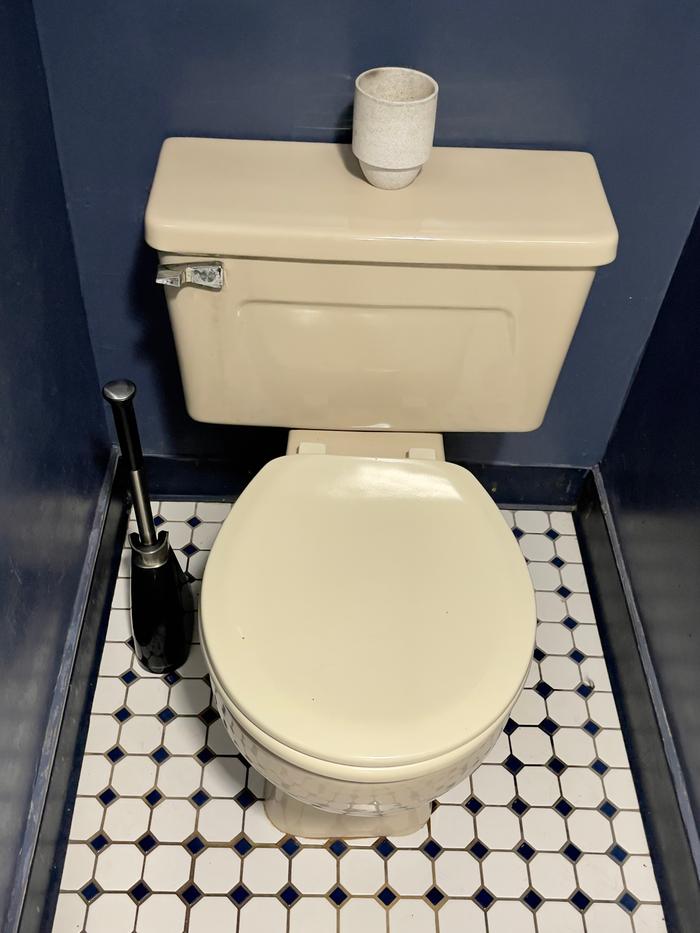 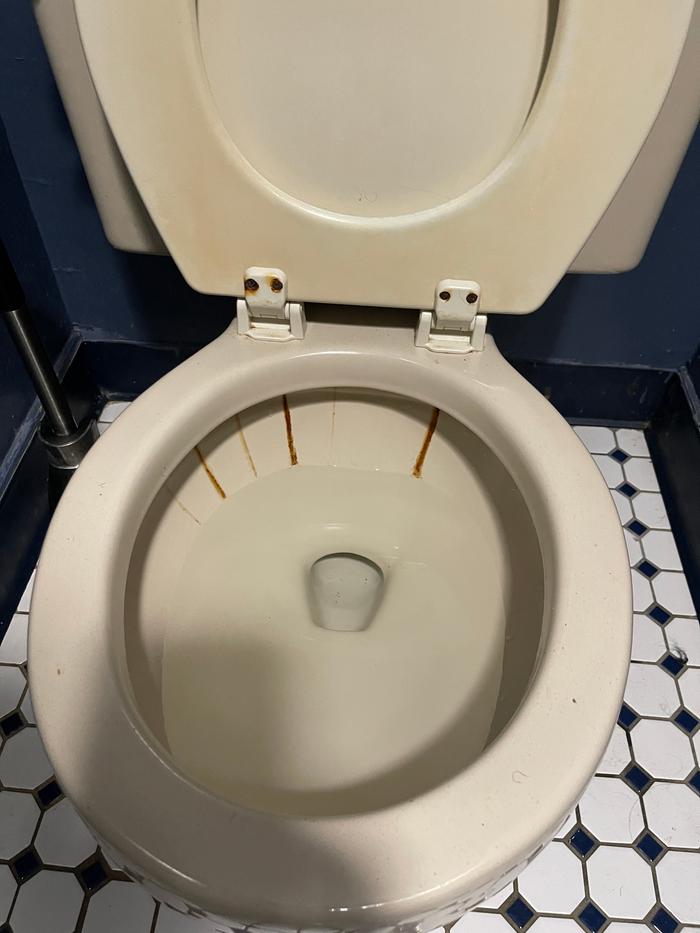 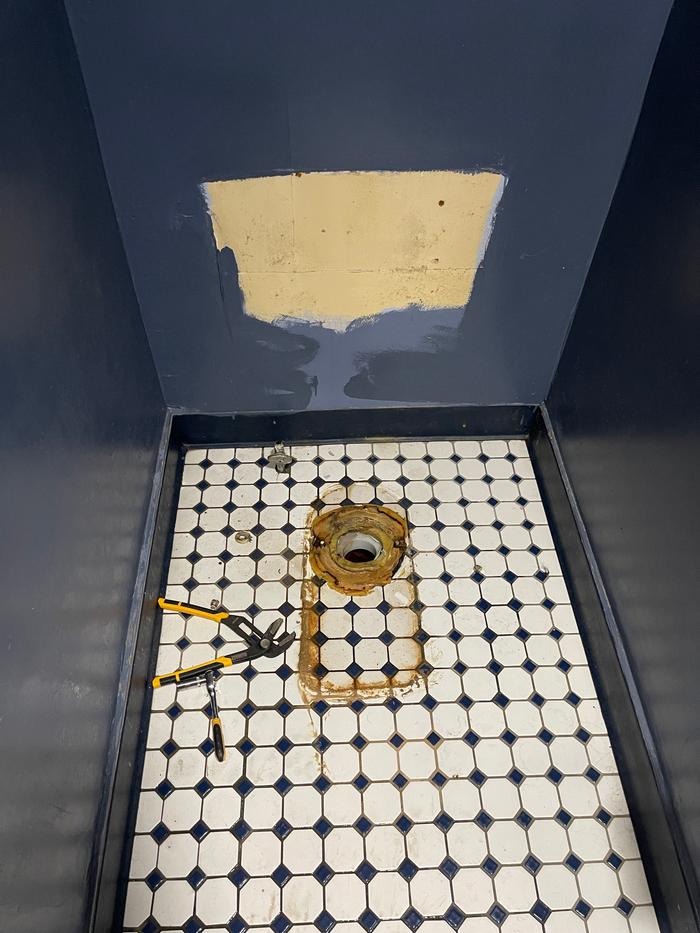 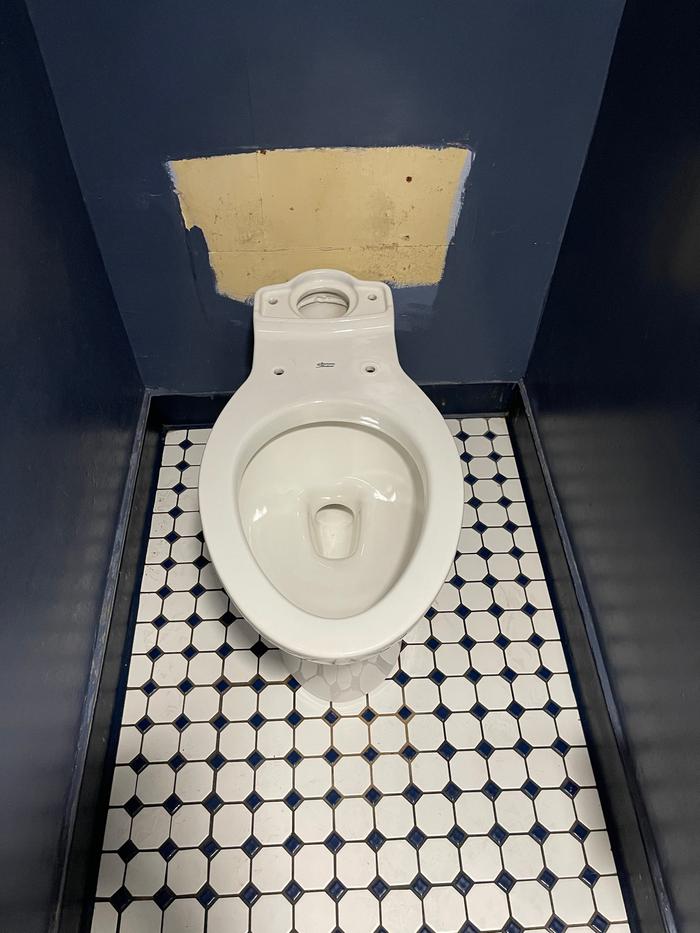 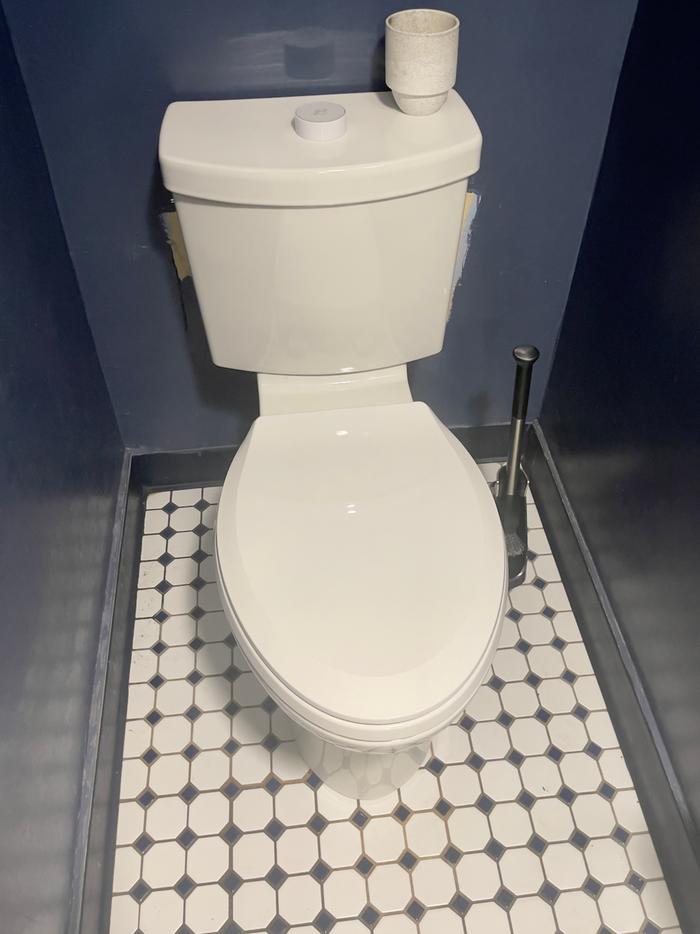