Quote of the day

Judith Browning
Posts: 7353
Location: Ozarks zone 7 alluvial,black,deep clay/loam with few rocks, wonderful creek bottom!
1268
posted 1 month ago
"'One day Ajahn Chah held up a beautiful Chinese tea cup, “To me this cup is already broken. Because I know its fate, I can enjoy it fully here and now. And when it’s gone, it’s gone.'”  When we understand the truth of uncertainty and relax, we become free."
~ version by Jack Kornfield (from The Wise Heart)
lena-young-says-via-womanmending-.jpg

Judith Browning
Posts: 7353
Location: Ozarks zone 7 alluvial,black,deep clay/loam with few rocks, wonderful creek bottom!
1268
posted 1 month ago
“You are loved just for being who you are, just for existing. You don’t have to do anything to earn it. Your shortcomings, your lack of self-esteem, physical perfection, or social and economic success – none of that matters. No one can take this love away from you, and it will always be here.” -ram dass

posted 1 month ago
I like this quote from The One-Straw Revolution:

“It would be well if people stopped troubling themselves about discovering ‘the true meaning of life;’ we can never know the answers to great spiritual questions, but it’s all right to not understand. We have been born and are living on this earth to face directly the reality of living.”

"People who say it cannot be done should not interrupt those who are doing it."

I'm not sure who to attribute this quote to as it seems to have come from several different sources? The place where I saw it said it was a Chinese proverb.
quoteinvestigator.com

posted 3 weeks ago
Along the lines of doing things, I enjoyed seeing this today.

A quick search to find who said this led to various versions, usually longer than this one, attributed to different authors and motivational speakers (including this and this). 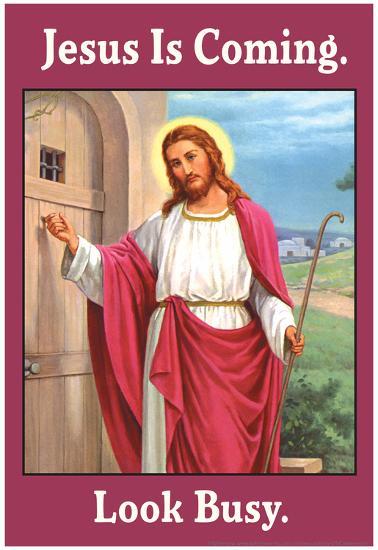 If it's necessary, it's possible

posted 3 weeks ago
"Beer is one of the oldest known beverages in human civilization. The earliest records of it were found on cuneiform tablets from Mesopotamia, and according to Hopwood, it’s an open debate whether grain was ﬁrst domesticated to make bread or brew beer."
(quote from Maclean's magazine) "Hopwood" is Marie Hopwood, a professor of archaeological anthropology at Vancouver Island University in Duncan, B.C. who thought that researching very old recipes for beer and trying to recreate them would inspire students. It seems to be working... The quote appealed to me because we've done many questionable things to wheat from the respect of its place in the human diet, so the thought that we didn't even domesticate it for bread is worth thinking about.

"Money is like fertiliser when spread around, things grow; when it’s hoarded, it stinks.” John Densmore (Doors drummer)

posted 3 weeks ago
"Beer is one of the oldest known beverages in human civilization. The earliest records of it were found on cuneiform tablets from Mesopotamia, and according to Hopwood, it’s an open debate whether grain was ﬁrst domesticated to make bread or brew beer."  quoted by Jay Angler.

That actually makes a lot of sense.  I have read that analysis of bones, etc of early nomadic cultures indicates they lived primarily on wild game and wild plants, reserving their herds for major feasts or,(my guess), emergencies.  (makes sense, why eat your precious animals if there is wild game or wild plants to be harvested).  Status is a big deal in most cultures.  The guys with the most status produce more testosterone.  (I read a while back that when a cities sports team is winning, the average testosterone levels of the city go up).  Being able to provide "luxury items" to guests has been a pretty universal way of showing off wealth and gaining status throughout history and across most if not all cultures.  We still do it in our society.  ("Oh, wow, you should have been to J-Lows party, the entertainment was awesome!  There were these little 'gift bags' of luxury items for each guest!").

I am reminded of a letter and response that I read years ago, supposedly from ancient Rome.  My imperfect memory of it is this.  "We have several ships we can send Egypt, should we send wheat or sand for the colusseum's games?"  The reply was, "Why would you even ask?  There is rioting in the streets!  There is a shortage of bread!  Send sand, of course!"

The people were feeding themselves before wheat was domesticated, Growing food for bread would feed the unwashed masses, but the ability to throw an awesome party and gain status and power?  Priceless!!!
Mick Fisch
Posts: 583
62
I like...

posted 3 weeks ago
I read a while back that in the early 20th century, nomads in north africa would harvest huge quantities of wild grain each year in some areas.  It was a normal part of their year.  I've often wondered why nomadic pastoralism is seen as kind of a side note in most "chronologies" of human development, when it has been very widespread and a remarkably stable way of life in certain huge areas and has certainly had major effects on their neighbors (both as trade partners, vectors for technology transfer, and as conquerers and raiders).
Judith Browning
Posts: 7353
Location: Ozarks zone 7 alluvial,black,deep clay/loam with few rocks, wonderful creek bottom!
1268
posted 1 week ago

is not an amount.

It’s a state of being.

posted 1 week ago
Years ago, I felt like I was a man, trapped in a womans body.  Then I was born!
Olga Booker
pollinator
Posts: 153
Location: Pyrenees Mountains, South of France
41
posted 6 days ago
What matters is not the size of the dog in the fight, but the size of the fight in the dog.