BB woodland care - sand badge
David Huang
master pollinator
Posts: 452
197
posted 1 month ago
It was a beautiful fall day here on my homestead today so I decided to take advantage of it and do some tree work, harvesting a bit of bounty that will heat my home eventually!  I have a stand of ash trees that have been all but killed by the emerald ash borer.  Technically most of the these trees aren't dead since after the borer kills the above ground part the root life of the tree works to put out new suckers and shoots.  I'm trying to save some of the healthiest suckers, in essence coppicing the tree.  So far the suckers haven't been attacked by the bug.  Anyway, as far as the job of cutting the tree down is concerned though these are dead trees where I have to watch out for brittle limbs wanting to drop on me and the like.

I'll include 3 photos.  One of the tree I'm dropping with the hand tools I intend to use, a cross cut saw, a bow saw, and loppers to trim back some of the suckers that would be in my way.  One shot will be of the wedge cut out, before I began the back cut.  The last shot will be of the downed tree.

Added note, I did most of the work with the crosscut saw.  Using it alone I can now see why a 2 person saw would be a huge improvement for this type of work.  Much of my effort was spent trying to hold the weight of the saw at the right angle until I had it sunk into the tree deep enough where the tree itself supported the weight.  A second person on the other end would have eliminated, or at least greatly reduced this issue.

Edited to note:  Thanks for the BB certification and advice on notching.  I seem to have a hard time getting my notches how I'd like, never getting the angle wide enough.  After doing the tree work today I think I realize what I could do differently.  Instead of starting with the flat cut then struggling to get the angled one to meet it I should try doing the angle cut first where it will then be easier to line up the flat one to meet it.  If the weather is good tomorrow I'll try this approach on the next one.

You are welcome to check out my blog at http://www.theartisthomestead.com or my artwork at http://www.davidhuang.org
My latest blog post is my book review of Building a Better World in your Backyard and a second post with book discussion questions.

I certify this BB complete! Along with your new air badge! I'd also recommend a much more open notch cut (>45 degrees)

Needs a pic of the completed wedge cut.

Tree Standing with my Saw: 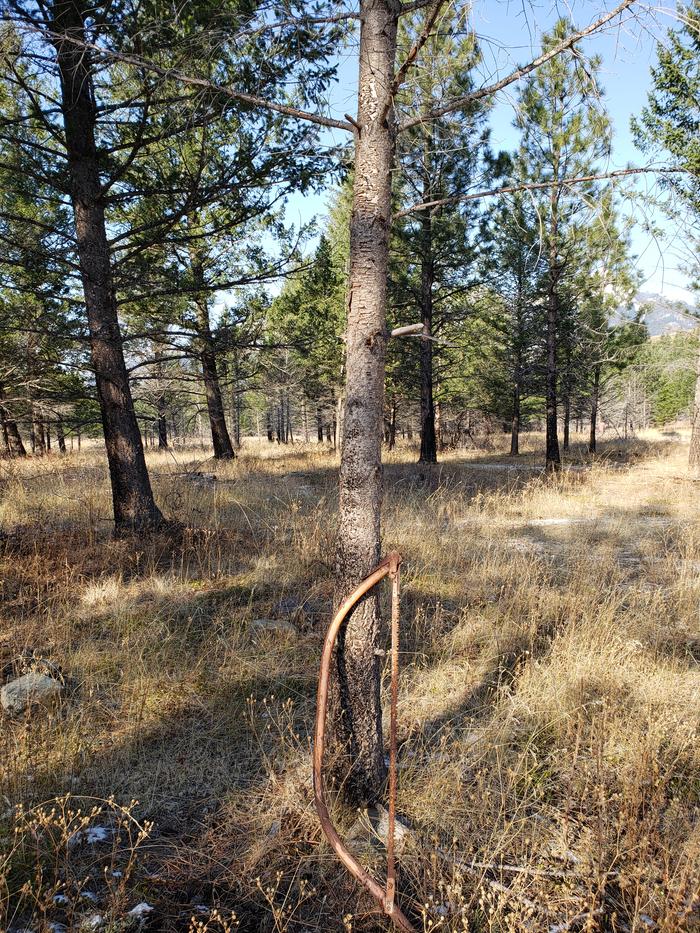 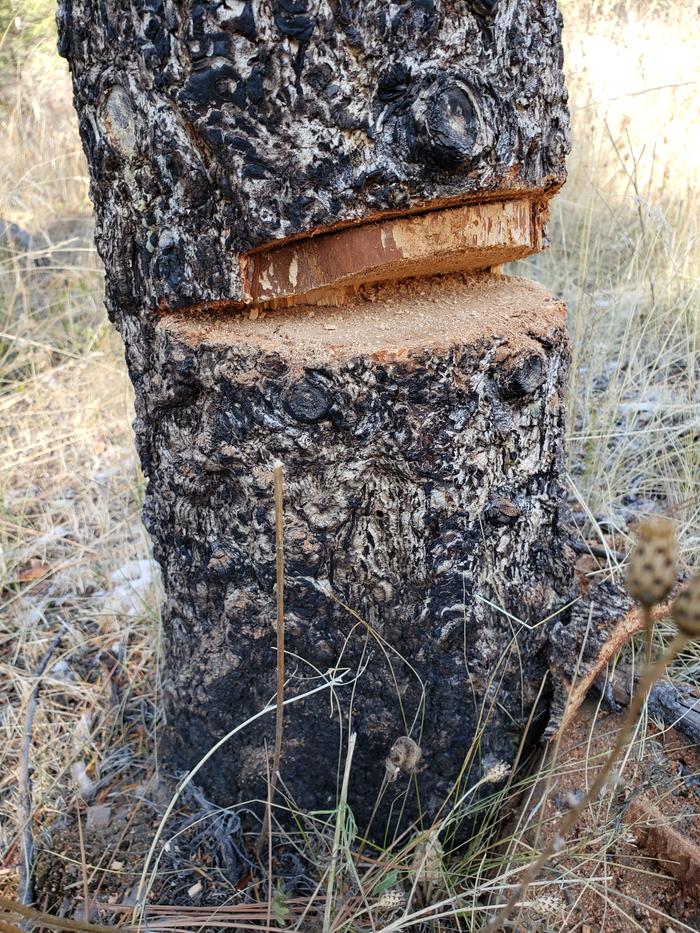 Video of me cutting back against the wedge cut: 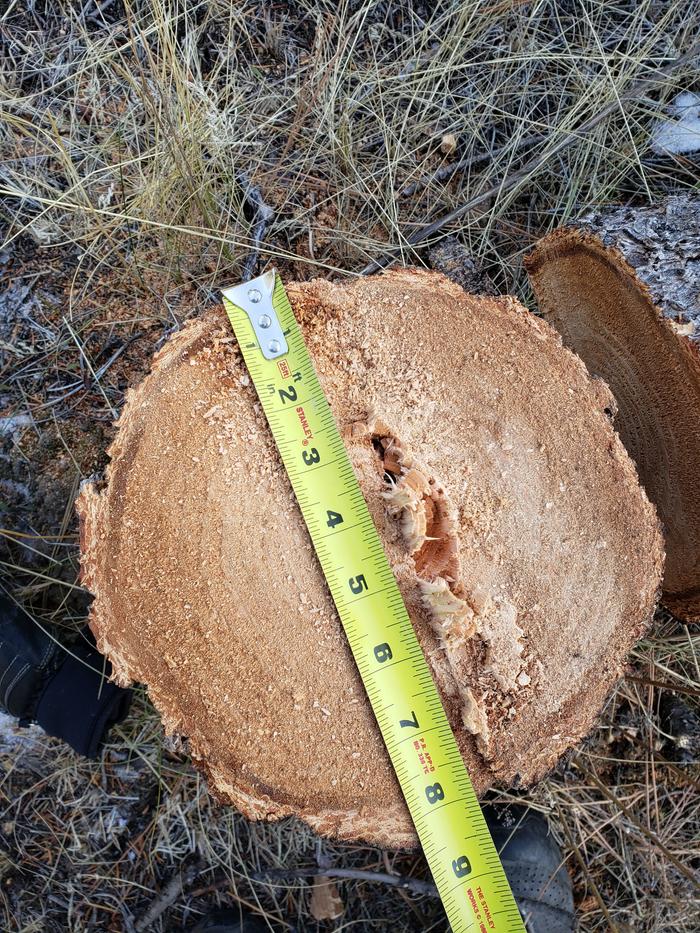 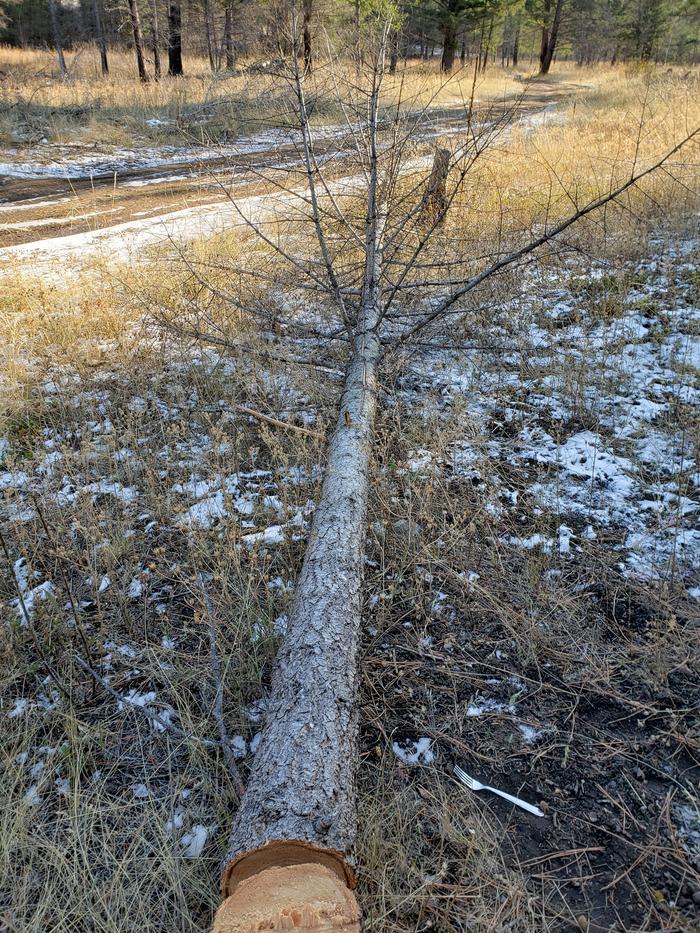