posted 4 years ago
As our earth ceaselessly races around our parent star, I want to wish everyone a happy vernal equinox. To all in the northern hemisphere, spring is rapidly approaching. Some of us stilll have freezing temperatures and snow on the ground, and others like myself have had uncannily mild weather and it seems like spring started weeks ago. I wish you all a successful growing season filled with bountiful harvests. And to all in the southern hemisphere as you usher in autumn and your growing season winds down, I hope everyone had success in the soil filled with many delicious rewards for your labors in the garden, having learned something new to try different come next season. Have a splendid day!

posted 4 years ago
I'm ready for it! So many plans for the garden this year. I can't wait. I already got stuff popping up out there Garlic, Rhubarb and the walking onions. Good luck to you too.

Come check out some gardening and other good stuff at:
Permacultureflora

posted 4 years ago
And a belated Happy Equinox back to you all!! 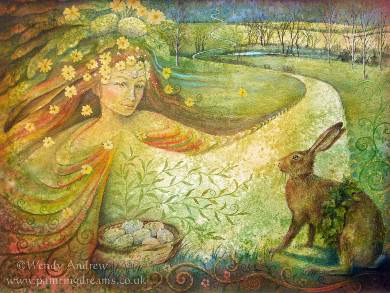 posted 3 years ago
A year has passed and it's the vernal equinox again! It's snowing here today outside Nashville, winter doesn't want to let go. Again, I'd like to wish everyone about to start their garden a fruitful season ahead, and to those finishing their growing season, I hope it was a good one!

Jim Watson
Posts: 1
Location: Hucknall
posted 3 years ago
Here in the UK whilst the snow seems to have gone it doesn't; feel anything like spring yet
Bryant RedHawk
gardener

posted 3 years ago
On Buzzard's Roost we managed to finally get some winter temperatures for two weeks in January and the first week of February, after that we have been swinging from high 30's to 72 with rain most weekends along with some week days.
Here it is the first full day of Spring and we have had a cold front that only got the day temps down to the 60's and last night was the coldest this month at 35f.
For us that means ticks will be thick along with the other nasty, biting bugs of the south.

posted 2 years ago
Here we go again! I hope everyone is doing well today as our planet leaves one quadrant and enters another in its trip around the sun. Happy spring to all in the northern hemisphere and happy fall to everyone in the southern hemisphere!

posted 2 years ago
Happy Equinox everyone!

posted 2 years ago
I like this thread - thanks for reviving it.

I think it's a full moon on the vernal equinox this year!

We were in the Seattle area a week ago where crocus, dandelion and daffodils were already popping out.

Here in Montana we still have a lot of snow and ice. Though I'm dreaming of spring flowers. 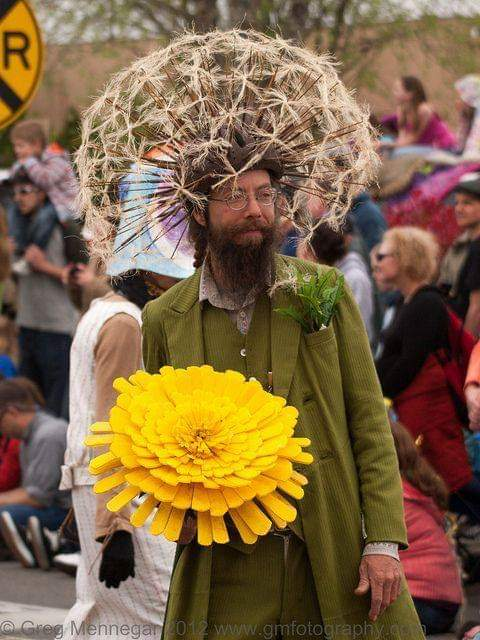 (Not exactly dreaming of *that* guy, because I'm happy with *my* guy, but I love that costume!) 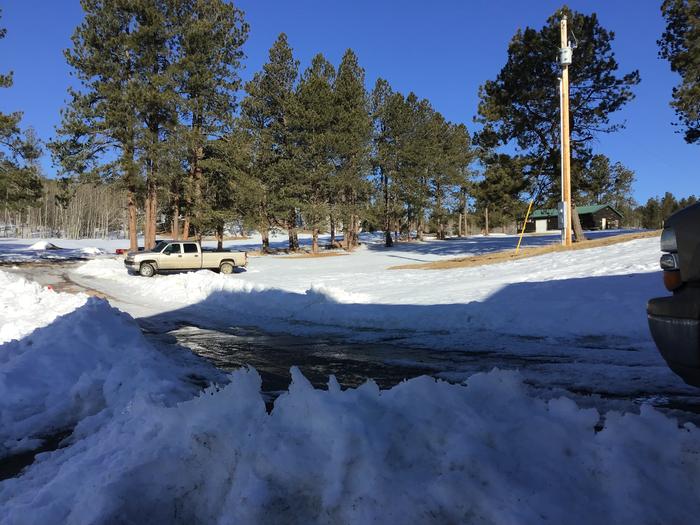 This years equinox appears to be early this year by the gregorian calendar date it falls on, March 19th. It's the earliest vernal equinox in 124 years according to The old farmers almanac. It's usually on the 20th, but the time of day always varies. If this wasn't a leap year, today would have been the 20th. 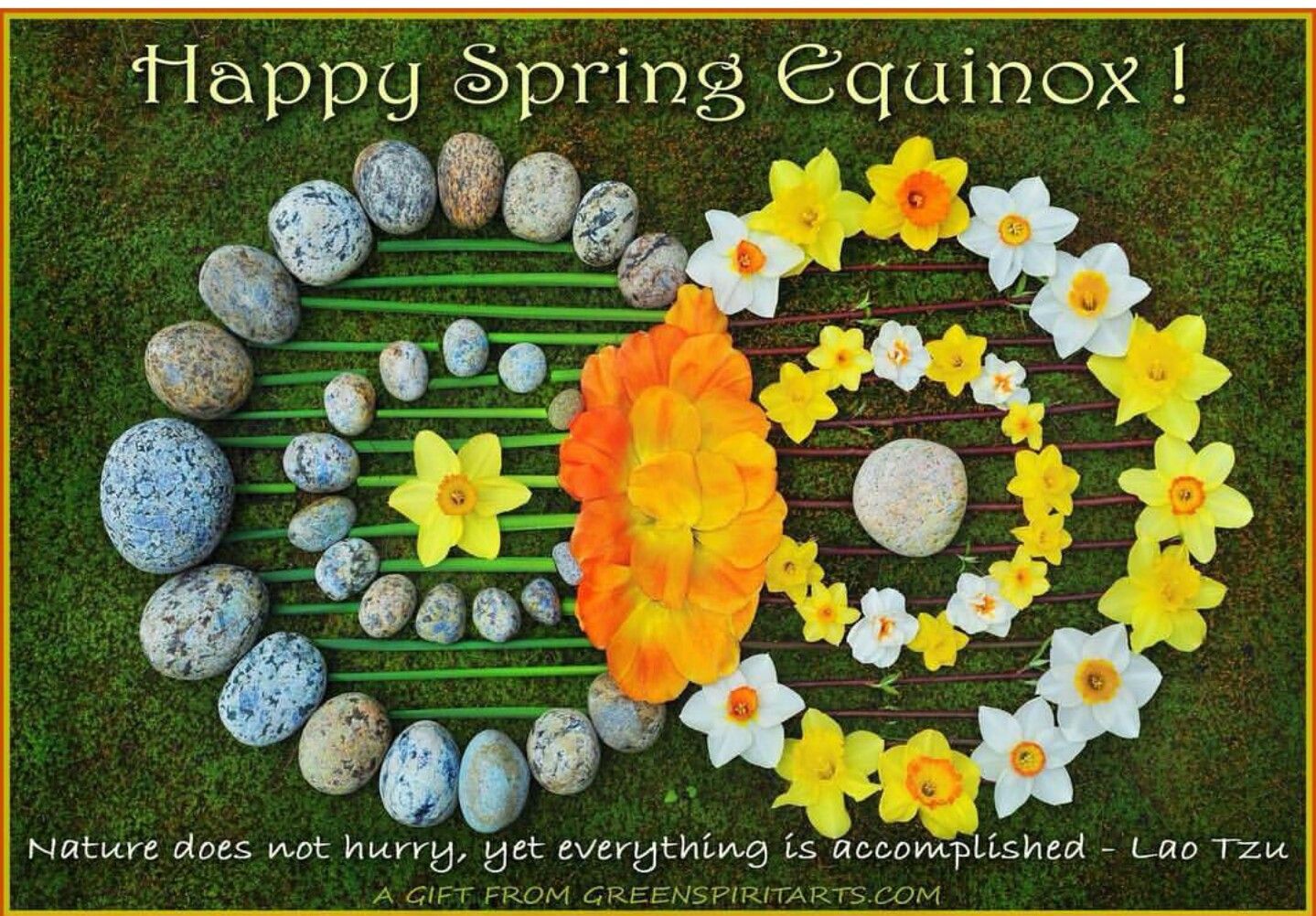 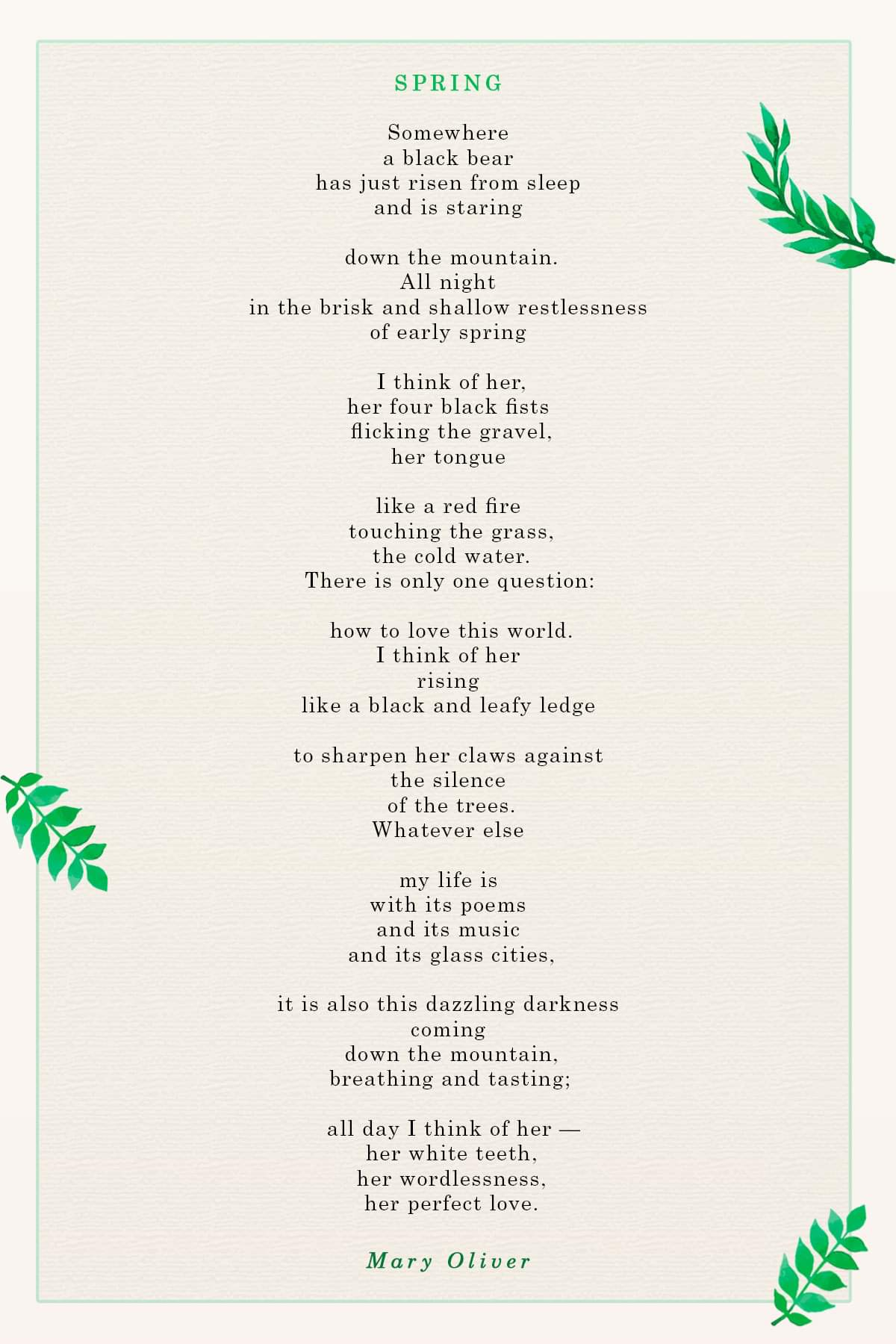 posted 1 year ago
Snow is gone in the yard and the mud is firming up!  Must be SPRING!!!
download-(37).jpg 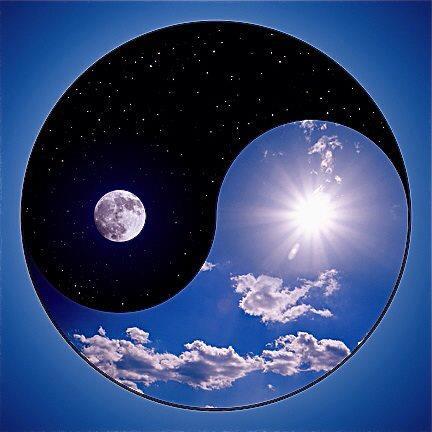 posted 1 year ago
Yay!  It's above freezing today for the high and I can see the asphalt on the driveway.  Spring's early this year!
Yay-for-Spring-.jpg

Mike Haasl wrote:Yay!  It's above freezing today for the high and I can see the asphalt on the driveway.  Spring's early this year!

Ha.  That picture looks so much like where I lived in Washburn / Bayfield, Wisconsin :.)  Few are familiar with Washburn ^.^
Mike Haasl
steward

posted 1 year ago
Damn, I posted too soon.  Now it's snowing.  1-3" they say and a low of 7 tomorrow night.  I guess spring will have to wait till next week

Yes Catherine, I drove through Washburn last summer on my way to The Draw permaculture nursery.  Didn't get to spend enough time there but it was pretty.

posted 1 year ago
Yes, Happy Equinox all! Our ducks and geese definitely think it's spring, and I'm getting buds and leaves in a few places.

posted 1 year ago
Yes, Happy early Equinox! Our daffodils are wilting and the plum trees blooms are almost gone.


Grass is growing and I’ve seen the first violet green swallows the other day!

posted 10 months ago
Here we are again, hurray! It's the start of a new growing season for us in the northern hemisphere and the mark of autumn for those south of the equator. With equal parts daylight and dark, I wish everyone balance and harmony and a happy equinox (and Ostara too for those celebrating!). 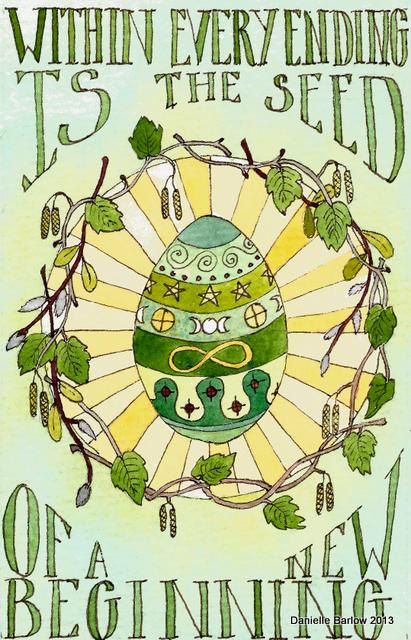 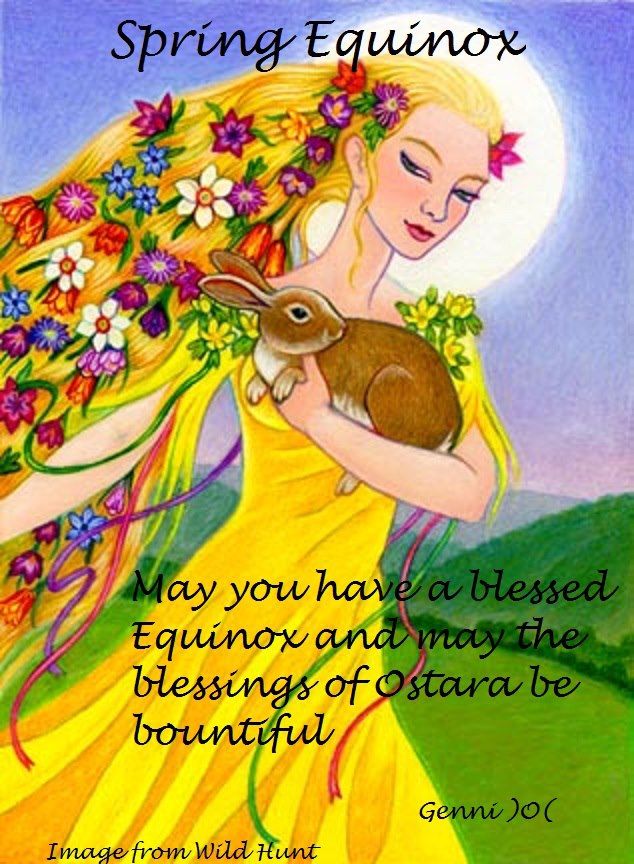 posted 10 months ago
Yes, Spring is in the air here! The frogs are frogging, the shoots are shooting, and yesterday I planted peas.

May you all enjoy the season of growth and multiplication!

posted 10 months ago
Thank you, James, for reminding us that it is that time of year.  I love the pictures that you chose this year.

posted 10 months ago
I forgot this was yesterday--Happy Spring everyone! Look what my kids found beneath our willow and in the forest... 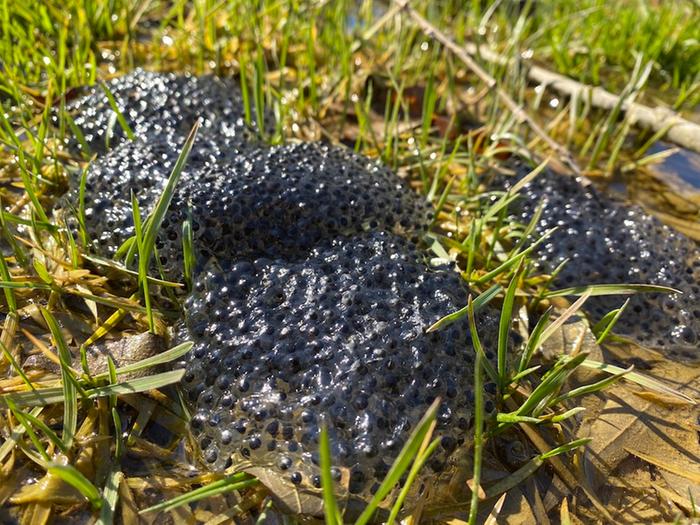 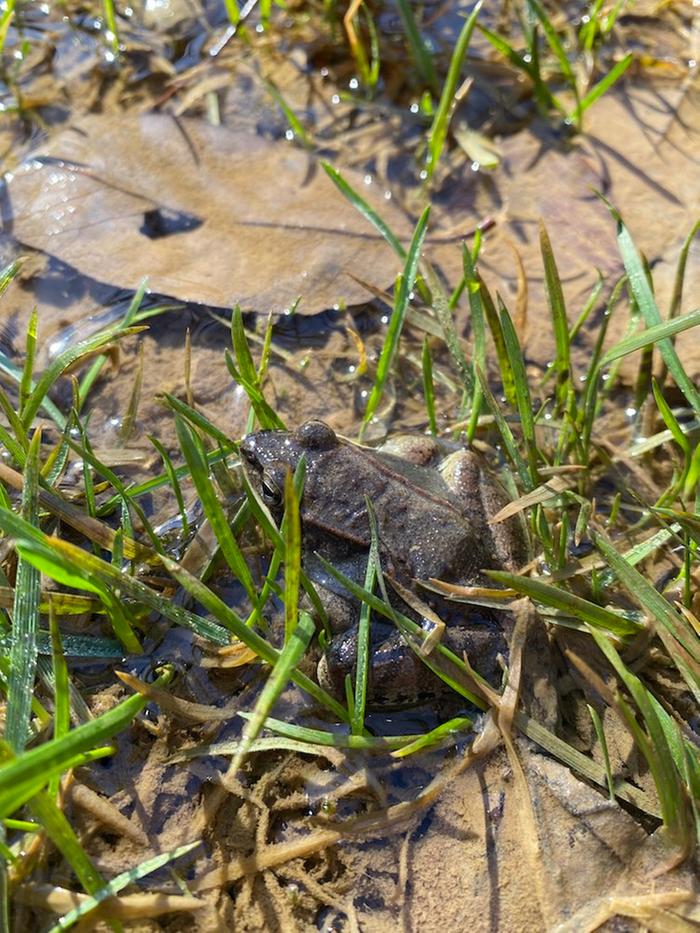 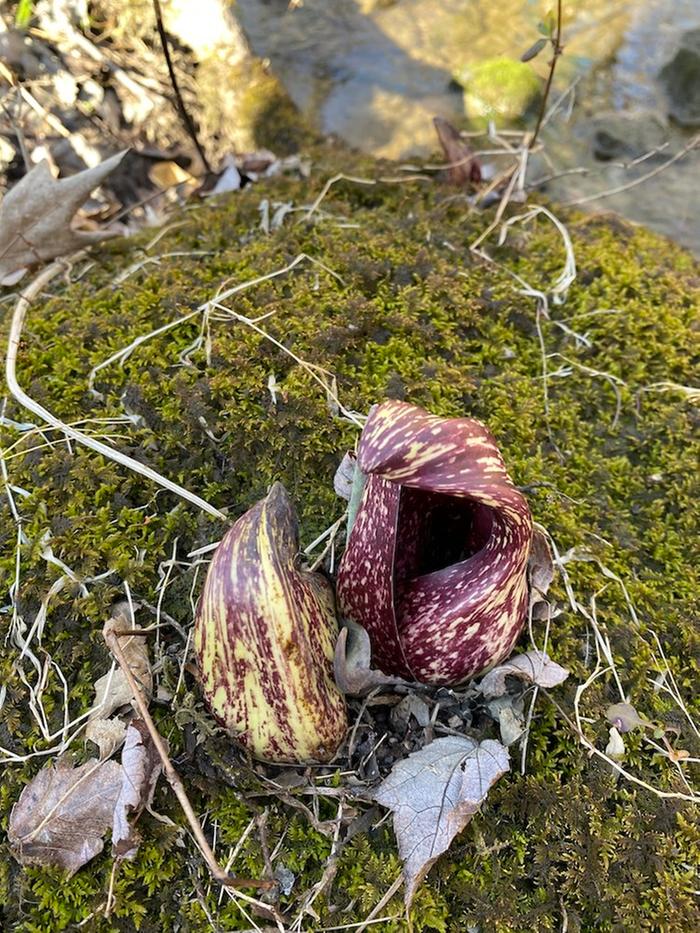 "Nature is not a place to visit. It is home." --Gary Snyder