What Are You All Reading?

It wasn't nearly as compelling as the first in the series, A Madness of Angels.

I guess I need to be pointed to where I can learn how to link a book title. 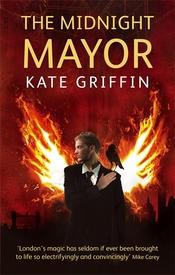 posted 3 months ago
I recently finished reading The One-Straw Revolution by Msanobu Fukuoka, and I also started and finished Holy Cows and Hog Heaven by Joel Salatin.

I am now reading The Road Back to Nature by Masanobu Fukuoka. Right now, I think it is just quite interesting from the prefaces how much Masanobu Fukuoka has grown and developed since he wrote The One-Straw Revolution.

I am now reading The Road Back to Nature by Masanobu Fukuoka. Right now, I think it is just quite interesting from the prefaces how much Masanobu Fukuoka has grown and developed since he wrote The One-Straw Revolution.

When we first moved to the Ozarks in 1973, and soon thereafter, several books helped shape our thinking about self-reliance and sustainable agriculture.  One was One Straw Revolution, going out as a hardbound Christmas present this year, along with Larry Korn's biography, One Straw Revolutionary.  We actually grew tiny amounts of wheat, all the way to bread, once or twice.  (Lodging was a major problem.)  So Gene Logsdon's Small-Scale Grain Raising was also inspirational.  And Ruth Stout, the Nearings, and Jethro Kloss.  And the few glances I managed through someone else's Farmers of Forty Centuries, which I reread a few years ago.  (Now I try to pick up every blade of grass we track in and dutifully get it into the compost bucket and back into the garden soil.)  I don't remember what started us on "French Intensive Gardening", or on companion planting, but both were a huge part of life.  Most often, though, the struggle was to create any topsoil at all, much less double dig it.

And parallel to these were the broader cultural inspirations:  Seven Arrows, Black Elk Speaks, Ishi, Last of His Tribe,  and other First Nations books, including two from my father's boyhood, Manabozho and Stories the Iroquois Tell Their Children.  Also inspiration from Japan: a book of Hiroshige prints, and Harold Henderson's Introduction to Haiku.  And soaking up local Ozark history, from the library, from neighbors, and from the river.  And National Geographic.
steve folkers
Posts: 11
10
posted 3 months ago
PS--

And since we had no power nor even money for batteries (most of the time) for radio or tape decks, we read The Complete Sherlock Holmes out loud, by kerosene lamp.
James Freyr
steward

posted 3 months ago
I am still working in reading The Road Back to Nature by Masanobu Fukuoka. At the moment, I find this book to be one of those where I kind of need to read with a few grains of salt, because Masanobu Fukuoka frequently inserts his own personal spiritual beliefs . I do appreciate his insights and practices for improving the soil and reading the landscape, and I am glad that he sees sacredness in the natural world. The book seems to be written as a personal journal of sorts from his travels, so, I'm not sure what I was expecting. I still think the practical points in the book are worth putting up with some of the more preachy aspects of it.

posted 3 months ago
I am currently reading a recipe/instruction book on how to use an "Instant Pot". I bet you can all guess why!

New storm bearing down on the northern Plains of the US. I’m cozying up with “Repair and Maintenance Manual: MTD 8/24 two-stage walk-behind snowblower”.

I was on Google, looking at the most popular sayings by Christopher Hitchens. Lots of them are quite biting, but sometimes they are just funny.

He was not fond of people who don't really care, asking, "how's it going?" So he habitually responded, "a bit early to tell."
Crt Jakhel
pollinator
Posts: 304
Location: NE Slovenia, zone 6b
54
I like...

posted 3 months ago
One thousand white women by Jim Fergus, and the sequel, Vengeance of mothers.

posted 3 months ago
I am currently reading
Nature and the Human Soul: Cultivating Wholeness and Community in a Fragmented World
By Bill Plotkin
I am really enjoying the book. It goes thru the different stages of life one faces and shows the difference between egocentric and soulcentric development.
It shows how one can go on to become an elder!


I am also interested in reading Fields of Farmers by Joel Salatin.

Living off-grid 20 acre farm, with goats, chickens and pigs and nature with a bodacious garden

posted 3 months ago
I am rereading the book "Be Here Now". Its' author, Richard Alpert aka Ram Dass transitioned out of his body last week. I discovered it when I was pretty young and it changed the way I saw the world and how I thought.

posted 3 months ago
I recently came across the book The Untethered Soul by Michael A. Singer - a spiritual book - here is a link as to its content

I was delighted to discover that the book is available free, in audio form on youtube!

It's just over 6 hours long and, of course, is best assimilated by being dipped into in small intervals.
I am now almost 2 hours into it and it's getting more interesting.

Initially it seemed overlong in describing the incessant internal 'chatter' that is familiar to those doing meditation and the dynamics of this.  However, it has now moved on to the heart (something which is my current focus) and energy....so great!
Has anyone here read this book?  If so, what did you think of it?

If it's necessary, it's possible 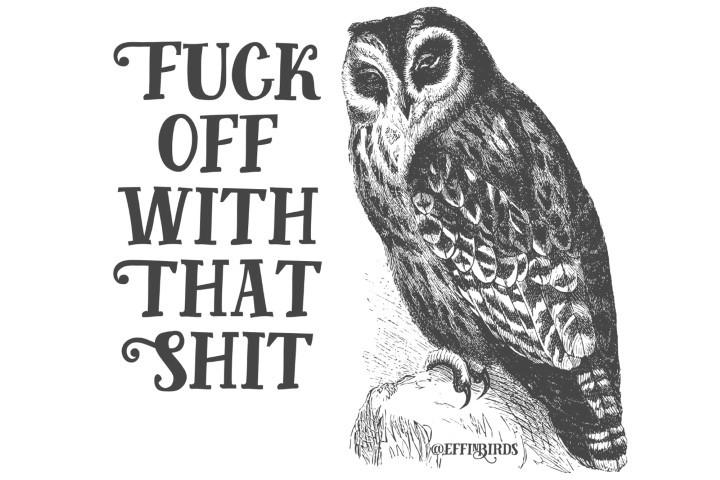 posted 2 months ago
Lab Girl by Hope Jahren. A well written and entertaining memoir by a scientist. The Hidden Life of Trees by Peter Wohlleben. Fascinating. Both of these books are available as audio books on Overdrive which I check out through my library.
Oddo Dassler
Posts: 108
Location: Virginia
posted 2 months ago
"Capital in the 21st century" - by Thomas Piketty
"Unsettling of America: culture and agriculture" by Wendell Berry
"Our towns : a 100,000-mile journey into the heart of America" by James Fallows

denise ra wrote:Lab Girl by Hope Jahren. A well written and entertaining memoir by a scientist. The Hidden Life of Trees by Peter Wohlleben. Fascinating.

I've enjoyed both of those.  Lab Girl was a bit uneven, but The Hidden Life of Trees was wonderful!  In fact, I used your word when I reviewed it: "Fascinating!  Some of what he writes is hard to believe.  Can't quite tell if wishful thinking stretches the science.  But his ecology of coastlands makes all kinds of sense.  I hope people who can adopt these practices are listening."

I'm indulging myself with a re-listen of The Martian, by Andy Weir while in the car.
At home I've started A Soil Owner's Manual, and will probably just jump to Chapter 5 - 'How do I restore the health of my soil?

posted 2 months ago
I’m continuing reading The Road Back to Nature by Masanobu. I’m starting to come around to his personal writing, thoughts, anecdotes. I find it’s kind of an extension of his philosophy that he doesn’t make much of a distinction between the different aspects of his person- philosophical, spiritual, science, etc.

posted 2 months ago
A Confederacy of Dunces. Can't believe I hadn't come across it before. Really funny.
John Skaggs
Posts: 42
Location: Boondock, KY
6
posted 2 months ago
After the flyby of Oumuamua, there was a lot of talk about Arthur C. Clarke's Rendezvous with Rama.  Finally came by a copy.  Started up on that one while still finishing up Richard Brautigan's Trout Fishing in America. Both are fun in different ways so far.

posted 2 months ago
I just read Small Homes: the right size  by Lloyd Kahn. Well, mostly read - it is a picture book after all! Almost all the featured houses were between 400 and 1200 square feet and there are lots of ideas about efficient layout and efficient use of space.

bruce Fine
Posts: 463
8
posted 2 months ago
Laurence Tribe, To end a presidency, The power of impeachment

A bunch of it is stuff I've already done, but it would be good for beginners on the path to living a little lighter on the planet. It has convinced me I should try making home-made mayonnaise. I know that my mom made it when I was a kid, and we have our own chicken eggs. I wonder what it would be like with a duck egg?

posted 1 month ago
I am currently reading Life Admin: How I Learned to do Less, Do Better, and Live More by Elizabeth Emens.

posted 1 month ago
If you love history AND science, I cannot recommend more strongly The St Mary's Chronicles, by Jodi Taylor.  I have just finished the fourth book in the series and I have been absolutely gripped.  I listen to my books on audio so I can wile away the hours getting the chickweed and nettles out from the garlic and onion patches.
Dave - am going to have a look at that one - looks very interesting.

posted 1 month ago
Most books I "use" are practical books which you don't read from cover to cover but pick them up whenever you want to look something up, like my wonderful new sourdough book.

Currently I am reading "H is for Hawk" by Helen MacDonald.
It is an autobiographic piece about the time when the author loses her father and takes on training a goshawk. It is written in a very poetic but also intellectual style. I love it.
I started reading English books almost 40 years ago and don't mind if I come across a word I don't know once a page or so. But here, the unknown words come in clusters. Most have to do with terms of falconry or the wildlife but they don't spoil the reading pleasure. I really enjoy it.

Apart from that, I mostly have some of Oliver Sacks` books by my bedside. Both fascinating and interesting to read, and he was such a gentleman, scholar and philantrope, with a great deal of knowledge and curiosity.

Grant Holle
Posts: 33
Location: Utah
4
posted 1 week ago
Has anybody read Lloyd Kahn's latest, The Half-Acre Homestead: 46 Years of Building and Gardening? Trying to decide if it's worth buying given everything else on my reading list.
Carol Denton
Posts: 58
Location: Central Arkansas zone 7b
16
I like...

posted 1 week ago
Nice thread, now that we actually have more time to read these days.
0-3.jpg 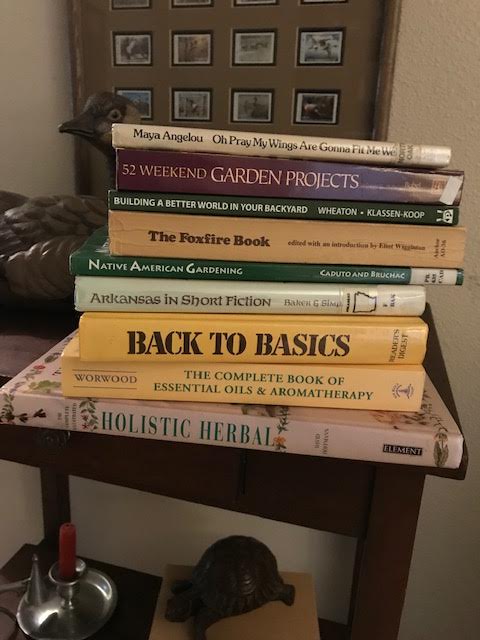