posted 3 months ago
Approved BB submission
I couldn't find anywhere to post this in round wood woodworking badge or the woodland care badge, so I guess I'll be posting this here!

I cut two of the trees used for this (submitted one for drop 6” to 8” live tree with a bow saw BB), and pealed four trees (two of the trees were for the Peal 2 live trees and put up off the ground to dry BB).

My father and husband drilled four of the holes. The rest were hand drilled with me with a human-powered drill. My husband also helped drop the giant log into the hole, because there was no way I could move that by myself! Other than that, I did all the work. I dug all four post holes 2-feet deep. There's no nail, no glue. All the wood came from my property. The only imported material was the twine that I waxed with beeswax to use for the upper lashing. I carved all the pegs by hand, as well as all the notches on the upper rungs.

Mike Barkley approved this submission.
Note: Sometime oddball points are hard to determine. This took a lot of work & demonstrates some great permies values so I'm certifying this or 4 oddball points.

Mike Barkley approved this submission.
Note: I certiy this for 1 oddball point.

Someone approved this submission.
Note: Certified for 1 oddball point

posted 2 months ago
Here is my submission for Oddball Points.

I built a 3-log bench but not to the roundwood BB requirements:
- Saddle notches to join the seat and base logs (saddles are on the base logs)
- 7'-9" overall length for the bench
- 17" height to the seat top
- freehand chainsaw cut top (not hewn so does not qualify for Roundwood BB)
- peeled logs - from the 14-inch DBH tree I felled, limbed, and peeled last fall 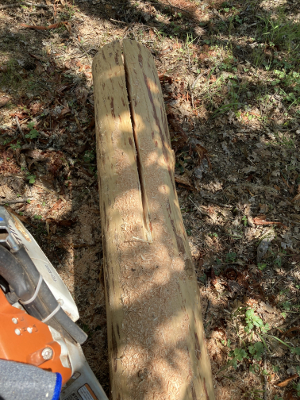 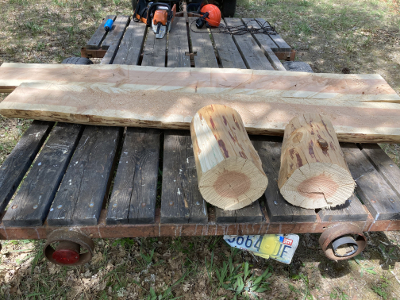 measuring how deep the saddle notches need to be (before cutting) 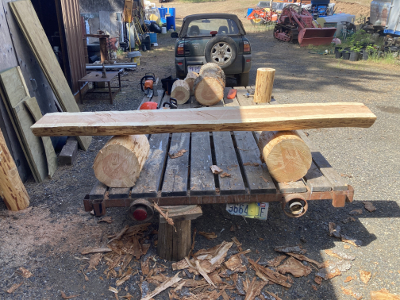 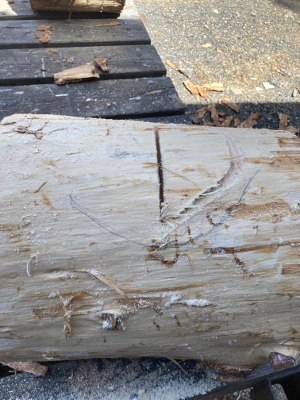 finished and at the campfire 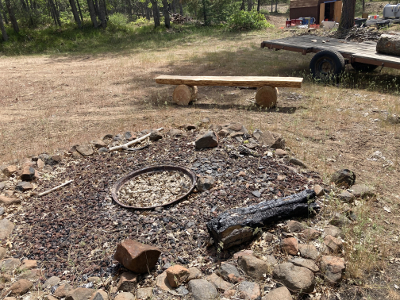 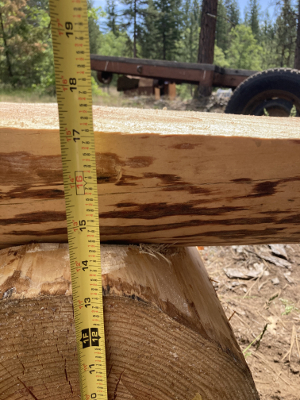 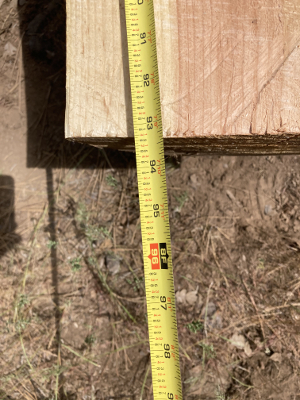 posted 2 months ago
BB submission flagged incomplete
I took a graduate level college course: Wetlands Ecology and Management. It was a science course with a lab so I earned 4 hours credit that semester (3 hours each week in class and 1 hour in the lab) The lab consisted of a lot of field work. We did hydrology tests, soil samples and participated in a wetland restoration project. Throughout the course I kept a detailed journal. It continues to be a valuable reference for determining if a sight that I would consider purchasing or design a permaculture project for has wetland hydrology indicators. I am offering up my field journal as oddball project. I feel that it fulfills a similar niche as the Natural Medicine notebook.
image.jpg 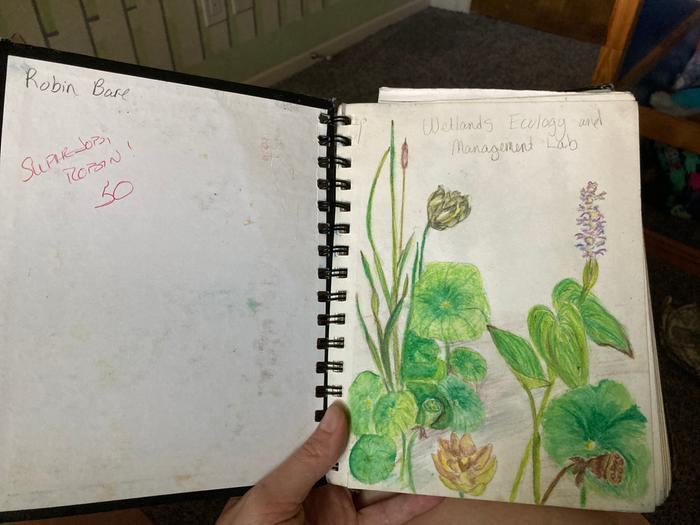 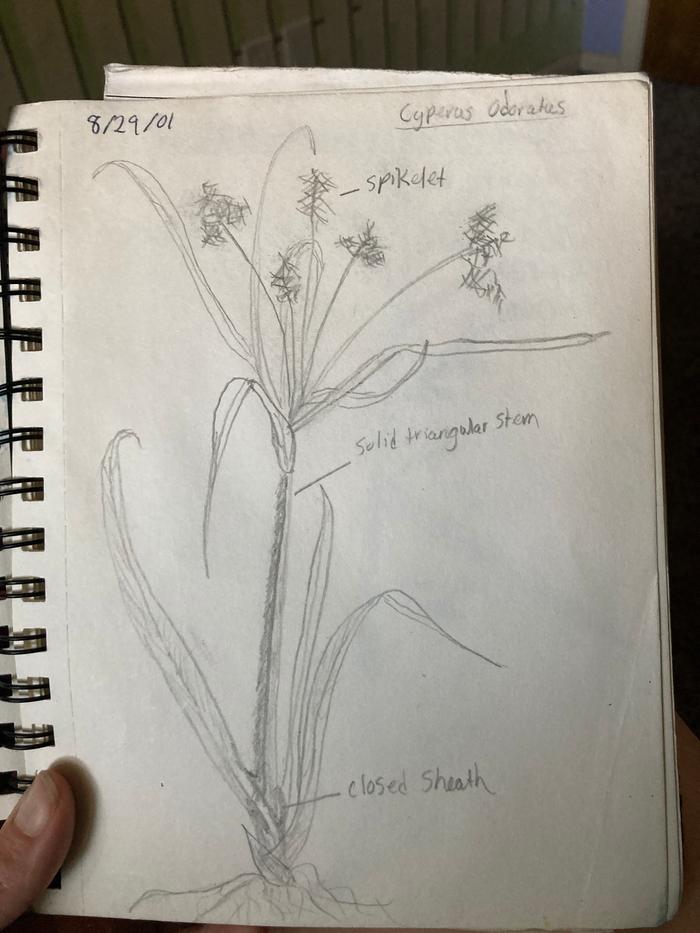 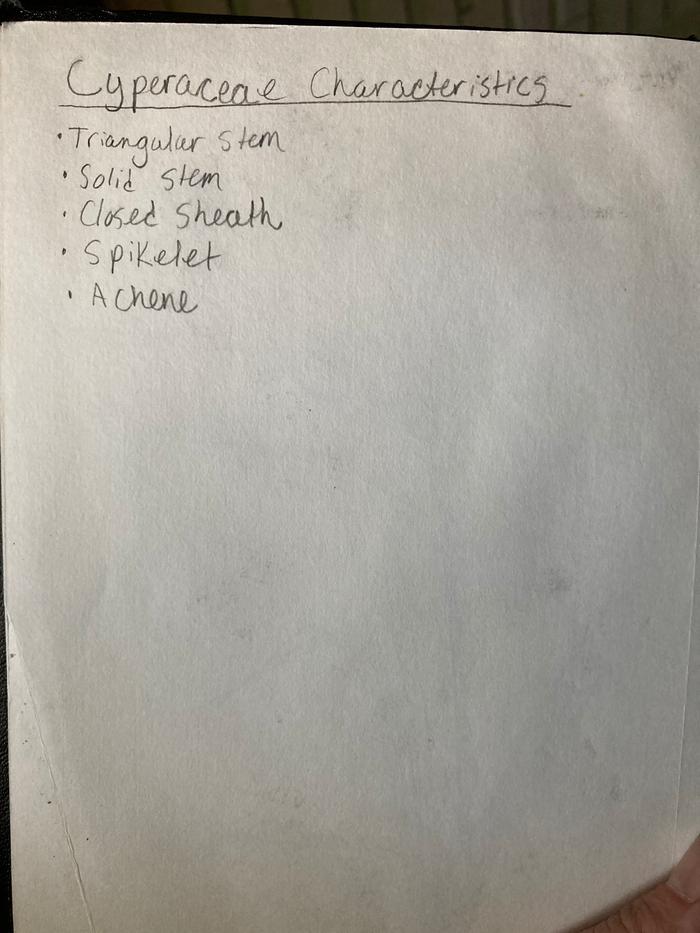 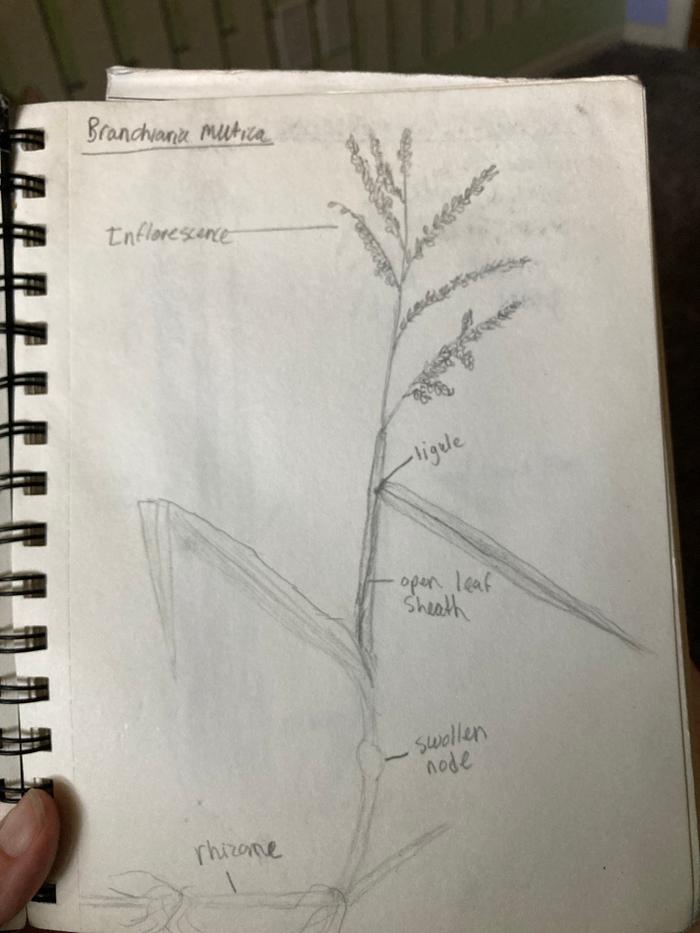 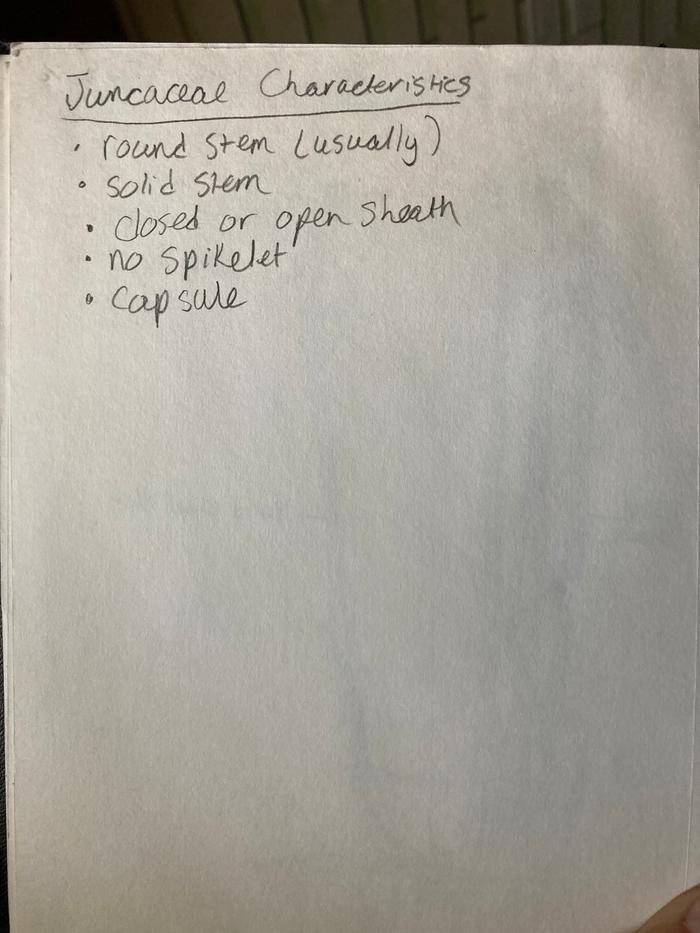 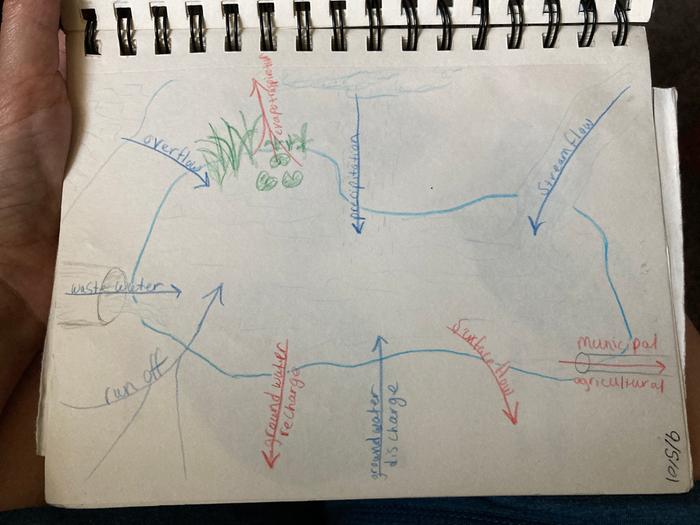 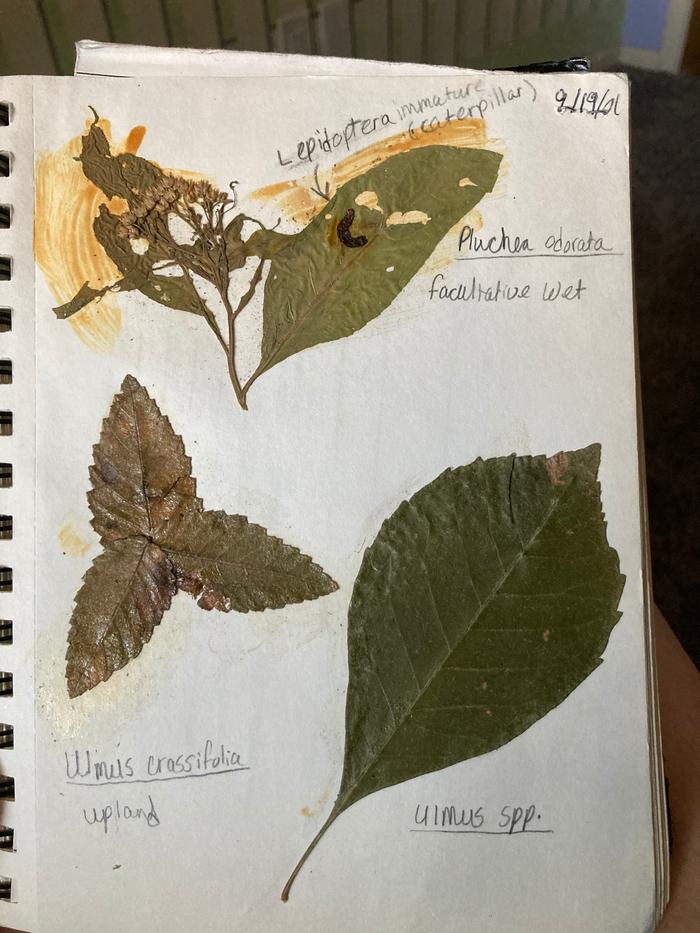 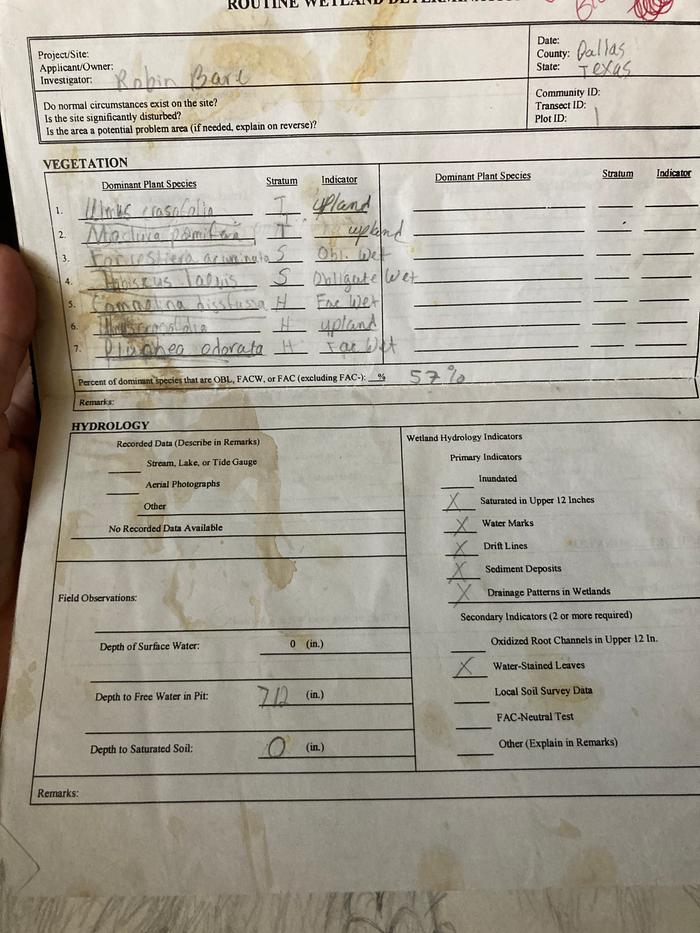 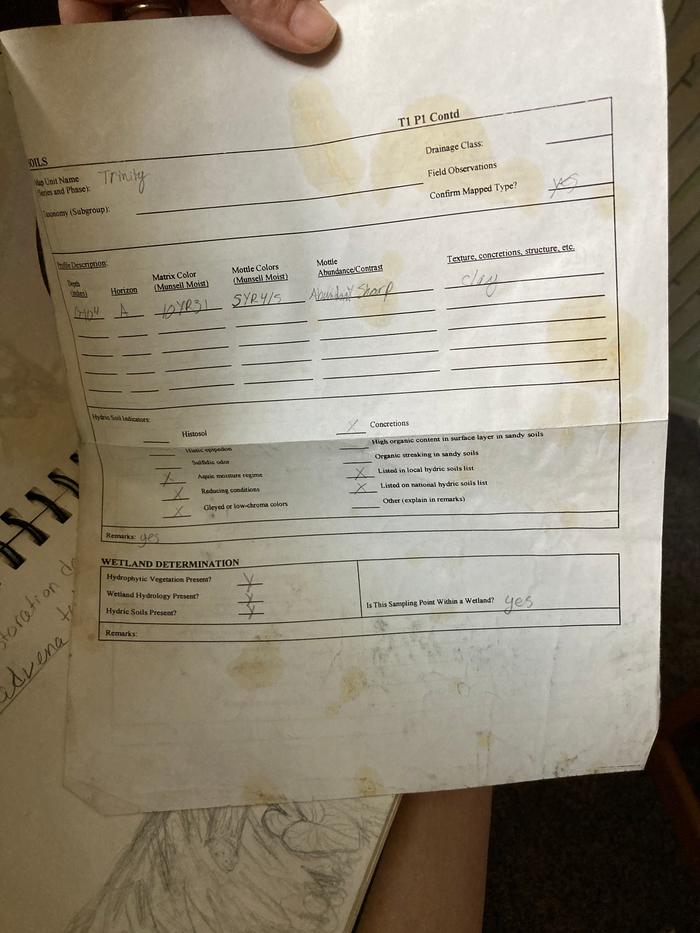 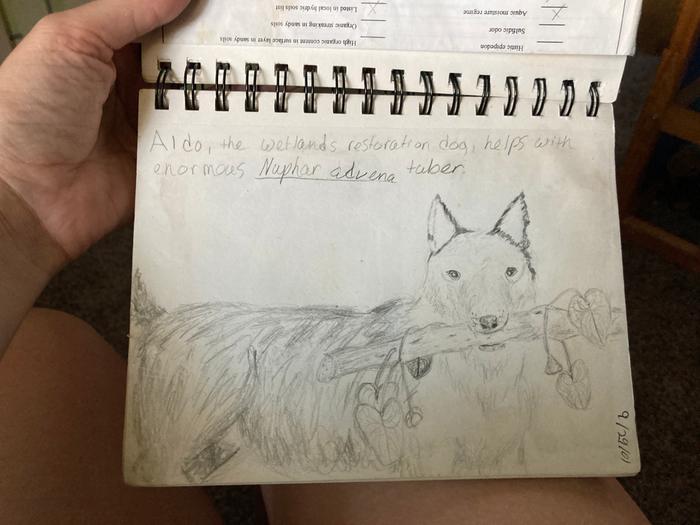 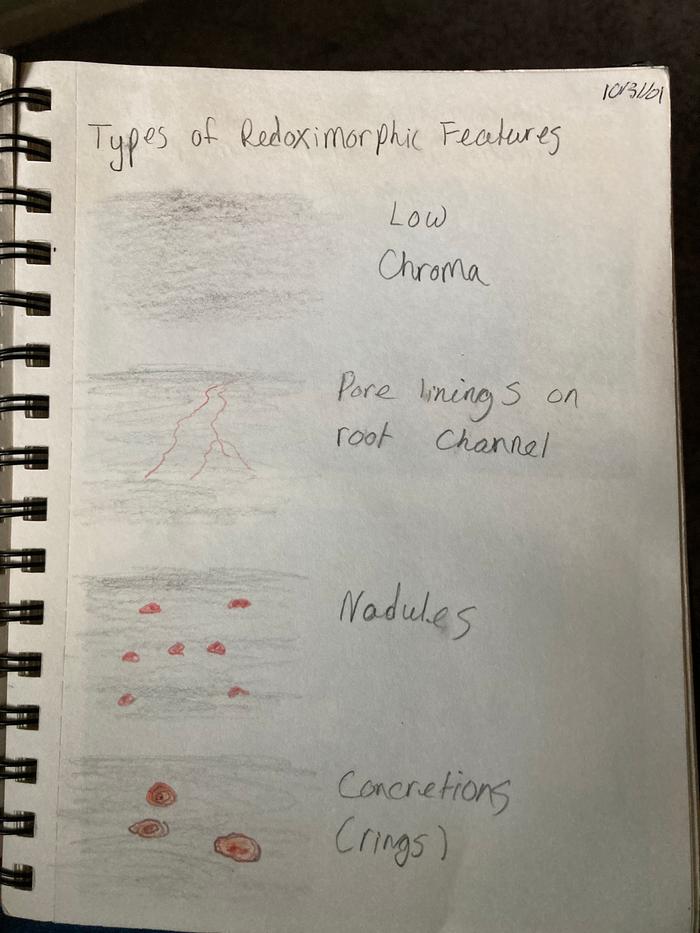 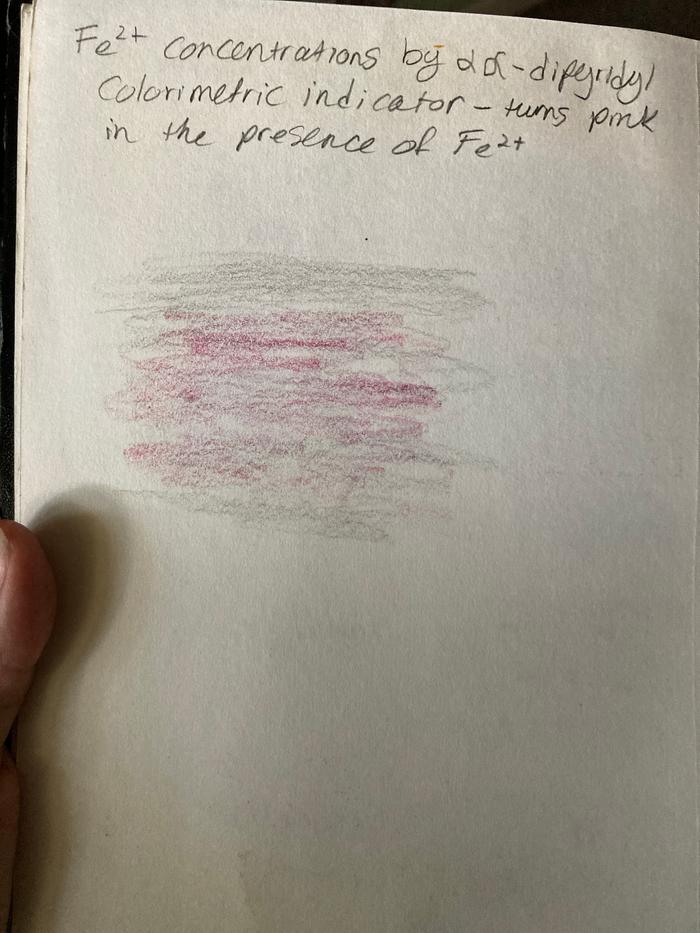 Someone flagged this submission as not complete.
BBV price: 1
Note: Documentation/journal style projects generally aren't a fit for PEP. The natural medicine journal BB is an outlier that is going away.

posted 2 months ago
Approved BB submission
This repair job didn't seem to fit in either tool care or nest, so I'm posting it here.

These two internal locks were in a sorry state; neither was latching correctly. In the process of fixing them, I noticed that one of the issues was that there was a very significant amount of rust in the mechanism, which was adding a lot of friction. To make things glide better, and to increase the longevity of both locks, I brushed the rust of with a wire brush, and then sealed the metal with moderate heat and my homemade finishing paste (beeswax + grape seed oil; a traditional French recipe which works a treat on both wood and metal). The locks are back in working order now, and protected from future dampness!
mb-bb-oddball_derust-locks.JPG

Mike Barkley approved this submission.
Note: I certify this for 1/2 an oddball point.

posted 1 month ago
Approved BB submission
I made a handle for a tamper tool using a dead limb from our apple tree. Luckily it was a near perfect fit, just needed to hammer it into place. We used the tamper tool for a landscaping project at my sister's house.

Someone approved this submission.
Note: Certified for 1/2 oddball point

Cut the thick leather to shape with scissors. Marked the hole locations with a fork then went back and drilled out the holes. Used sinew thread and a needle to stitch it all together.
97659FFA-F285-46A1-90EA-CDD13A6E6211.jpeg 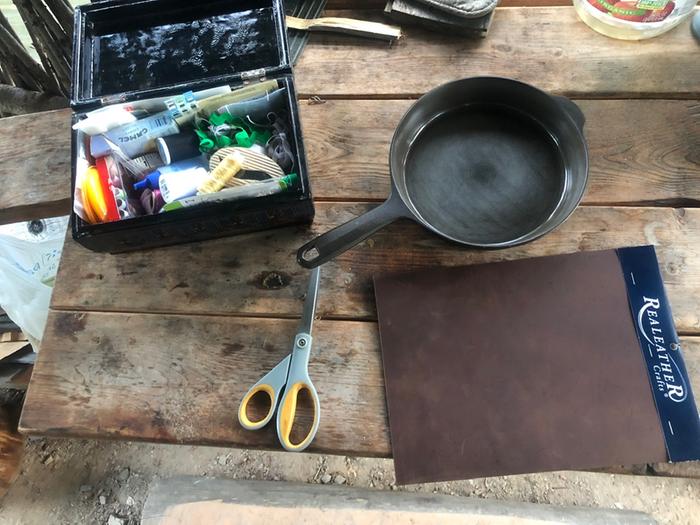 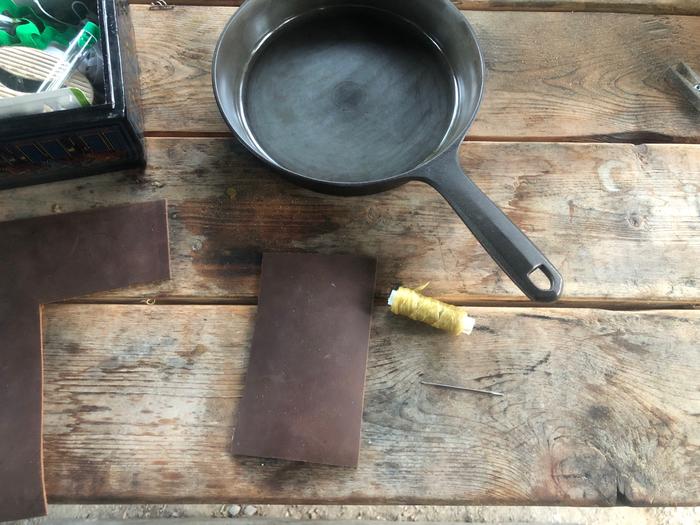 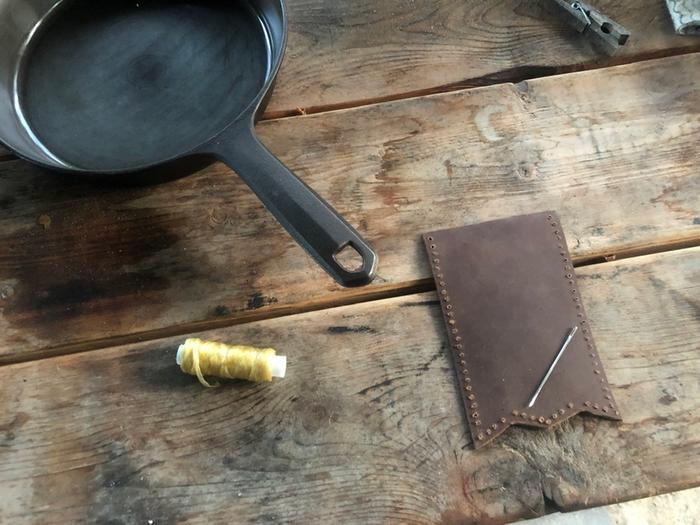 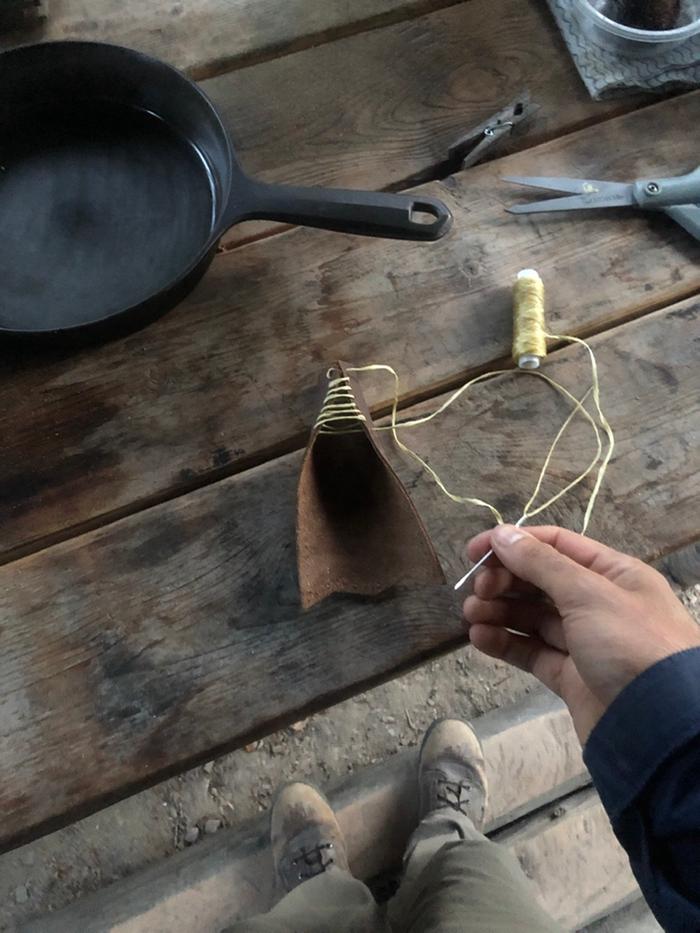 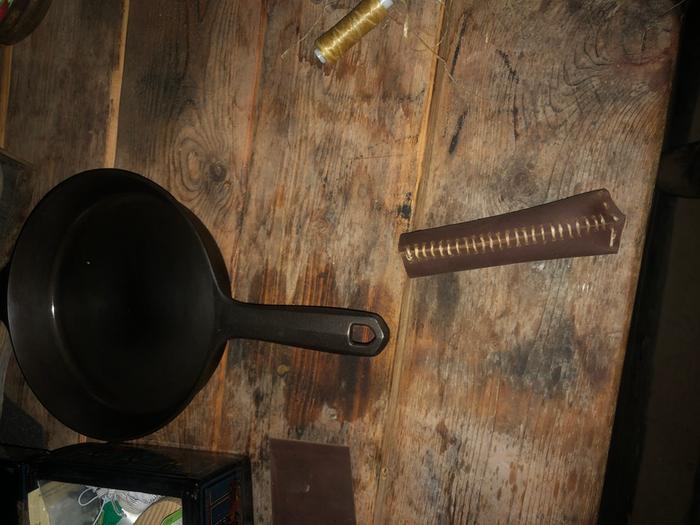 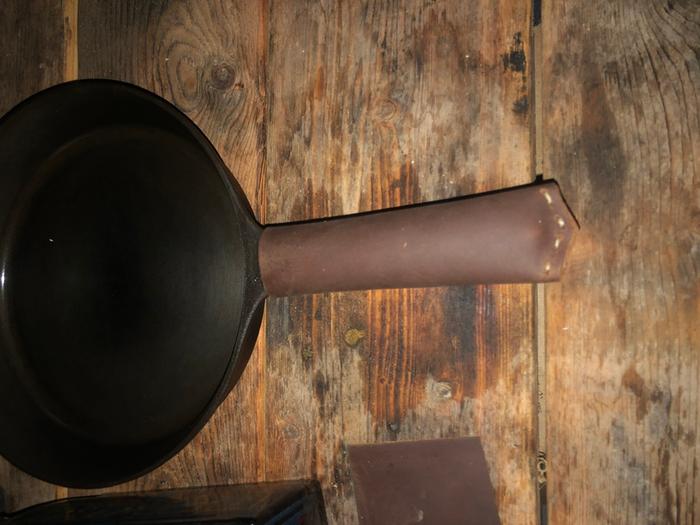 Someone approved this submission.
Note: Nice detail with the seam on the bottom! 1.5 points

I elected to spend my time at the PTJ to learn a technology that is very important to me, timekeeping.  I spent a good amount of time doing some independent research on how sundials work.  If you're interested in that, I posted what I learned here: https://permies.com/t/164133/Sundials-Passive-Solar-Timekeeping-Device

One book offered printable sundials, which helped my conceptual understanding:

Once I was confident I knew what to build, I looked for wood.  I found a short section of a log and fixed a gnomon to it.  Here I learned that it's important to drill with a bit as wide as the screw before screwing it in order not to split the wood (the big split was already there), and that a second screw or nail is necessary to keep the gnomon from twisting and turning:

Then I used a more intact log, marked the appropriate hour lines using a protractor by hand, and hammered a nail in as the gnomon:

Clearly, the bend in the nail makes it rather unreliable.  I also decided that this was too small and needed something bigger.  I put some pieces of wood together as if to make a sign:

I deliberately chose to use the knot in this gnomon, sometimes it helps you tell which side of the shadow is telling you the time.  However, the gnomon is oversized for this dial, and I again split it in the back when fixing it to the dial (drill bit was not big enough).  Also note the asymmetricality of the lines from the bottom left and right corners.  This shows how unreliable it is to eyeball fractions of degrees using a basic protractor.

By this time I figured I had a lot of experience and that I was able to handle a significantly larger dial.  Fortuitously, the downsizing of the "E-Z Bake Coffin" provided me with an excellent plate to work with.  Also, I used a chart of tangent coefficients to make the angles less reliant on eyeballing with a protractor:

During this time, I realized I neglected to account for numerals on the dial.  I had to redraw the left and right boundaries further from the edge to make room for the numerals.  Thankfully, I didn't have to redraw the hour lines.  I chose Roman numerals (0-9 are referred to as Arabic numerals), then I had to devise a system that made them large and clear enough to be visible, and located in a way that the lines point to their centers.  When all the lines and numbers were penciled in, I used a pyrography pen to burn them in:

After the burning was done, I fixed the gnomon via two screws in the back (apologies for not capturing any photos of the construction of the gnomon).

It is now functionally finished- completely functional by itself, but it needs a permanent installation and perhaps some additional embellishment, such as a quote or some kind of artistic imagery.

posted 2 weeks ago
Approved BB submission
For a recent toaster repair job, I needed a triangle screwdriver (don't know why they keep trying to prevent folks from fixing their stuff). Instead of buying one for an eye-watering sum at the hardware store, I made one by using the dremel to grind down an old, bent screwdriver we got secondhand (straightened it out first).

Someone approved this submission.
Note: Certified for 1/2 oddball point