posted 3 months ago
Approved BB submission
This was my first BB that was actually kind of hard. I’m more used to using unlimited soap and hot water than I thought. I don’t mind hand-washing and I don’t mind using Bronner’s soap, but three gallons is t very much water and I was using it at room temp. If I were doing this again, I’d heat some of it.

I filled a three-gallon glass carboy with water so that I couldn’t go over. It was kind of a drag to use, but it worked out.

I don’t have a traditional dish-pan, so I used my bean pot to hold soapy water and cycled the dirty dishes through it. A few plates and pan lids and stuff wouldn’t fit, so just scooped it out as needed. And then rinsing was the real chore without using up all the water. Some dishes felt a little oily after this process, so I wiped them down with a paper towel until they seemed clean and out them in the drainer.

Once all my “normal” dishes were done, I decided to play with the two cast iron pans that I had dirty, not really expecting it to work without hot water. I had about 3/4 of a gallon left and so I scraped them first with a bamboo edge and then used a little water and some scrubbing in several small iterations. And it actually did work out. The bigger pan was still a little oily, but that just goes in to the next layer of the season. (Those two pans are in the hot stove so you won’t see them in the pic of the finished dishes below.)

Lana Berticevich
pioneer
Posts: 75
Location: currently in Wembley, AB - moving to Southern BC soon!
13
I like...

this is my submission for: PEA-Badge-Nest  - washing dishes by hand with biodegradable soap and saving the water for another Badge.

this is the link to the soap I used: https://ca.melaleuca.com/productstore/cleaning-and-laundry/lemon-brite-hand-dishwashing-liquid 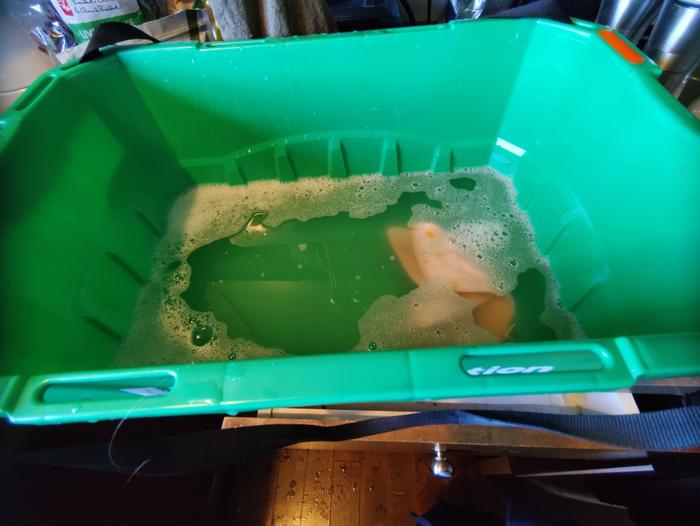 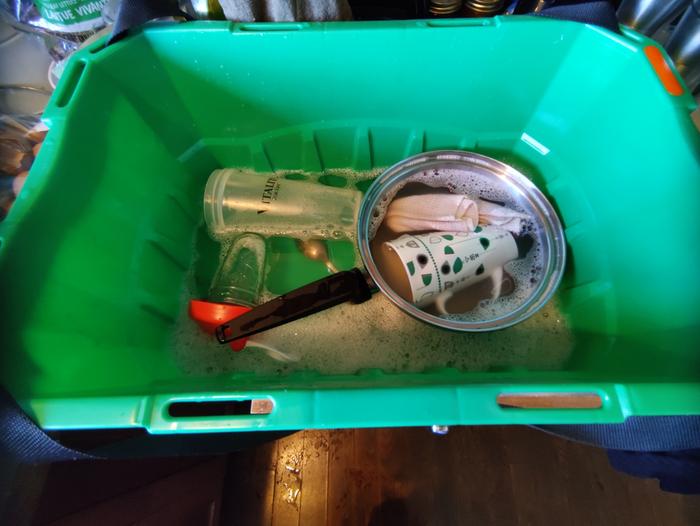 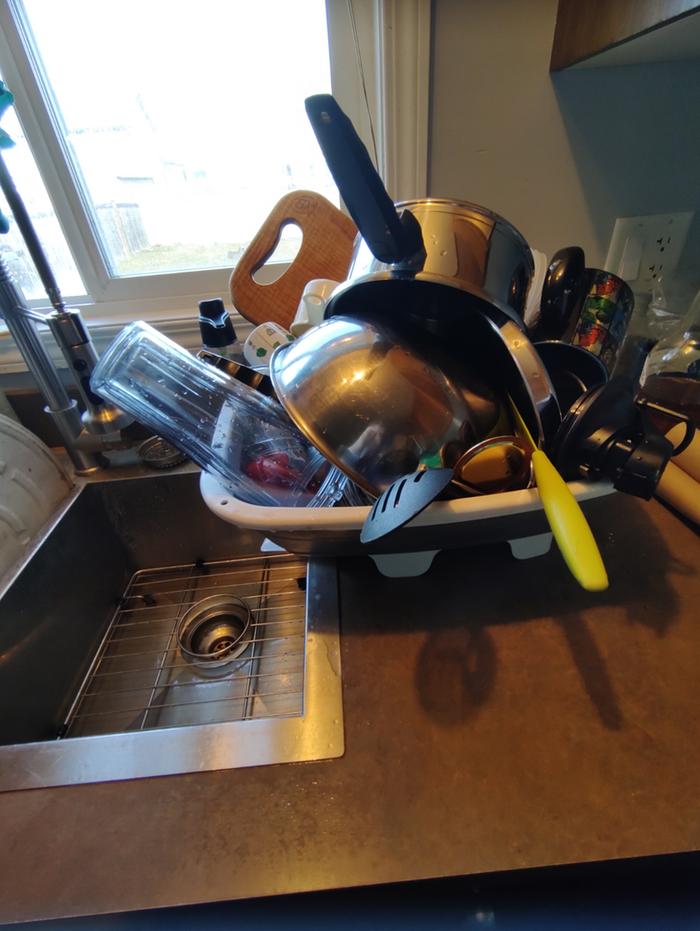 If I ever think I know everything, then I'm really lost and need to rearrange my entire thinking.

Paul Fookes approved this submission.
Note: Congratulations Lana. Another BB under your belt.

Nicole Alderman approved this submission.
Note: I hereby certify that this badge bit is complete!