posted 1 month ago
This is my twisted revenge for Pearl's earlier post.


Why couldn't the Mobius strip enroll in school? It required an orientation.

posted 1 month ago
I had a terrible dream last night. I dreamed I had died and was standing before God. Suddenly, God sneezed, and I didn't  know what to say to him.

posted 1 month ago
My wife is big into genealogy.  She has discovered that she is descended from no less that 3 Mayflower passengers, and one ancestor helped to found a major university.  Naturally,  I began checking into my family. The only person of interest was John Hokey, of Ottumwa,  Iowa, who is credited with popularizing,  if not inventing, the Hokey Pokey in the later 1800s.  He apparently was well regarded in Ottumwa.  I was able to locate an obituary  from an Ottumwa newspaper.  It appears there was some kind of incident just before the funeral.  The problem arose when his body was being transferred into the casket.   It happened as the mortician attempted to put his right foot in ......and well you know what happened after that.......

posted 1 month ago
Two antennas met on a roof, fell in love and got married.
The ceremony wasn’t much, but the reception was excellent.


What did the nuclear physicist have for lunch?
Fission Chips.


I constantly push the envelope, but it stays stationary.

posted 1 month ago
Avoid that run-down feeling....walk on the kerb!

It is necessary, therefore it is possible.
(Borghese)

posted 1 month ago
So what if I don't know what Armageddon means?  I mean, it's not like it's the end of the world!

posted 1 month ago
The word politics is derived from two Greek words. "Poly", which means many, and "ticks" which means blood sucking creature.

posted 1 month ago
Well anyway, after 2 weeks I broke down and went to the grocery store.  The news media said to be sure to wear a mask and gloves, which I did. It turned out that they lied. Everyone else had clothes on.

posted 1 month ago
I suspected my best friend was coming out of the closet. This struck me as odd because he always seemed to me as being pretty macho. So, I asked him, "How long have you been wearing that bra?"   "Ever since my wife found it in the glove compartment " he responded.

posted 1 month ago
A Russian attempted to visit a relative living in the Ukraine.  When he stopped at the border, the guard asked him, "occupation?"  He replied, "No, I am just coming here to visit." 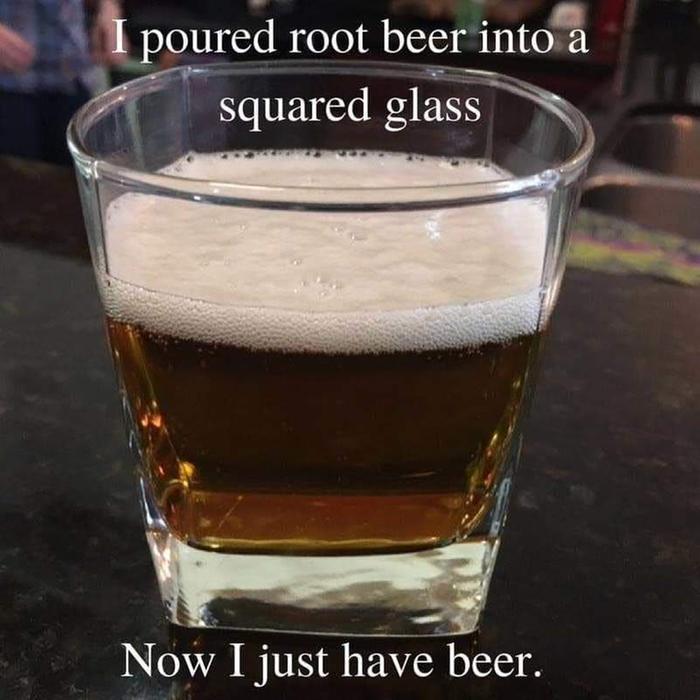 posted 1 month ago
A Rabbi, Minister, and Priest decided to test their abilities in their faith by attempting to convert a bear.  They went off into the woods and went on their separate paths. Later the Minister and Priest met up and compared stories. The Priest said it went well when he sprinkled the bear with Holy Water.  The Minister said he read Matthew to the bear he met, and the bear seemed to listen. After they waited a while , they went off to look for the Rabbi.  The found him torn to shreds and barely clinging to life.  After much effort the Rabbi was able to speak, " I shouldn't have started with the circumcision." 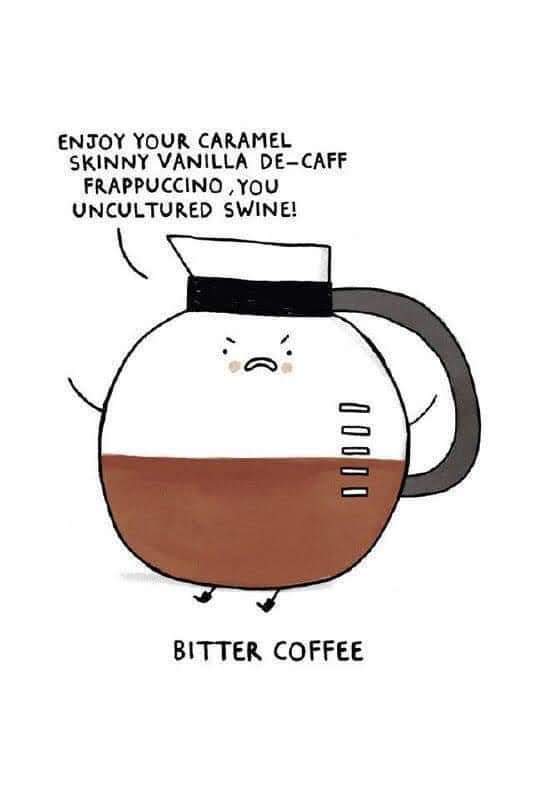 Tim Siemens wrote:Actually, if I didn't have a problem with a lack of humility, I would be perfect.

The other day, a friend remarked that some comment of mine seemed a little arrogant. I chuckled and assured them that it was alright; after all, I couldn't possibly be *too* arrogant..
John F Dean
pollinator
Posts: 625
98
I like...

posted 1 month ago
The History of Medicine ... In Brief


I have an ear ache.

posted 1 month ago
This is an old one I heard maybe 50 years ago.

A Rabbi and a Priest were sitting beside one another on a plane.  To pass the time, the Rabbi asked the Priest to explain the hierarchy of the Church.  The Priest confessed that he had hope's of becoming a Monsenior.  The Rabbi responded, Well,  certainly that can't be the end of your career."   The Priest replied that it would be beyond his dreams to become a Bishop.  With obvious amusement, the Rabbi responds, Is that all?!!"  The Priest is now becoming irritated.   "I don't see this as realistic,  but I suppose becoming a Cardinal  would be the best step."  Now, the Rabbi is showing obvious disdain.   " Don't you have any possibilities beyond that?"  The Priest, is barely holding it together.  "Well, it would  be next to impossible forme to become Pope."   The Rabbi is now openly giggling.  The Priest explodes,   " What on earth do you expect!  Do you think I can become Jesus Christ Himself?!!!  The Rabbi replies, "Well, one of our boys made it." 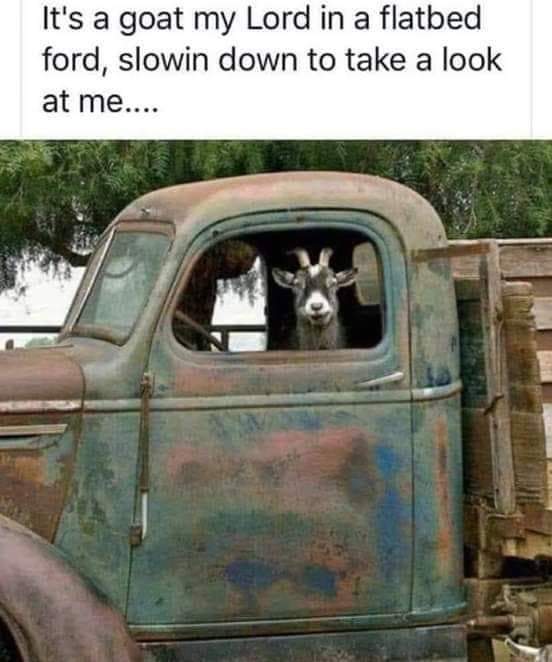 posted 1 month ago
I run into some of the strangest people.  I was working on a project with a co-worker last week. We were at her desk.  She asked me to hand her her lipstick.   I accidentally gave her a glue stick.  She still isn't speaking to me.

posted 1 month ago
My wife called me in the cell phone to warn me she had heard on the news there was a car going the wrong way on I-64.  I had to give her the news flash. It wasn't  just one car; there were dozens of them, and they were all honking their horns. 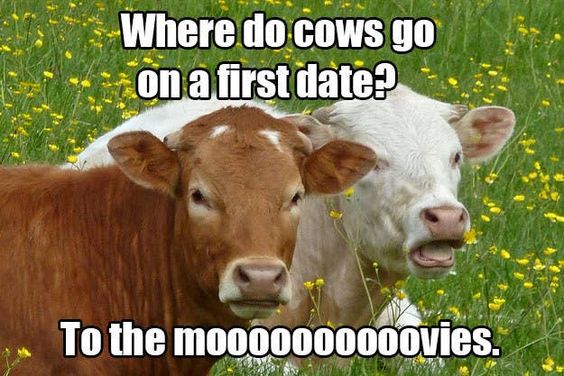 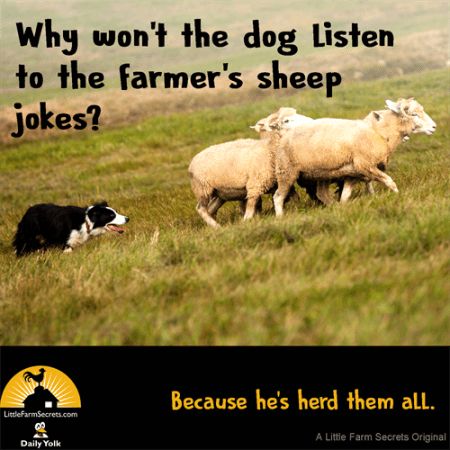 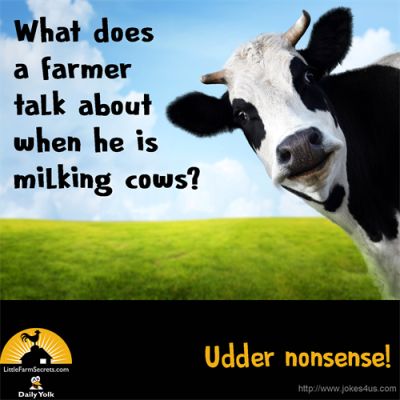 posted 1 month ago
I am an RN.  My neighbor called me over to check to his child.  When I got there,  he told me to make myself at home. So, I threw him out. I hate having visitors.

posted 1 month ago
A dog walks into a bar and announces, " I'm looking for the man who shot my paw."

posted 1 month ago
Did you know if you hold your ear up to a stranger’s leg, you can actually hear them say, “What the hell are you doing?”

posted 1 month ago
Most people are shocked when they find out how incompetent I am as an electrician.

posted 1 month ago
Why do nurses carry red crayons?

In case they have to draw blood.

Greg Martin wrote:Most people are shocked when they find out how incompetent I am as an electrician.

I thought this one was the worst...

In case they have to draw blood.

Until I read this one.

posted 1 month ago
Double thank you Timothy.  They will get worse as the night progresses!

I thought this one was the worst...

No, German sausage is the wurst.
Greg Martin
gardener

posted 1 month ago
I warned my daughter about using her whistle inside the house today and gave her one last chance.

Unfortunately, she blew it.

posted 1 month ago
My wife recommended I do some light reading to relax at the end of the day, but not only was it not relaxing, my eyes are in a lot of pain right now after not getting far at all.

posted 1 month ago
So a guy says to me "You know what?"

I said, "not personally, but he's the guy who signs the light bulbs."

posted 1 month ago
I think whiteboards are great... in fact they are re-markable.
Ben House
Posts: 53
Location: East Tennessee
I like...